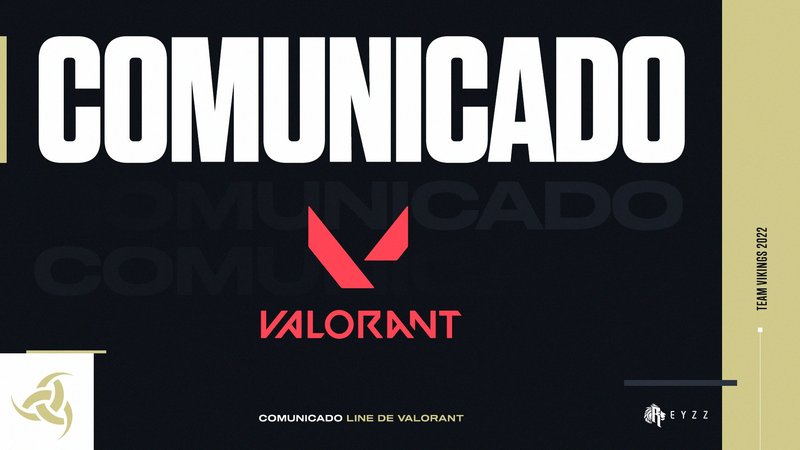 After some disappointing results, Team Vikings decided to bench all of their players, and allow all of them to search for new opportunities.

In a TwitLonger the team announced they were benching all their players and said they would undergo a rebuilding process focused on the next big competitions, mostly meaning they are preparing for an entry into the franchising league, and probably want to build a roster that gives them good chance at a title if they are accepted in the league.

They also attended VCT 2021: Stage 2 Masters - Reykjavík and VALORANT Champions 2021 where they didn't have the results they wanted but still had an ok performance during the group stage of the tournament, despite not advancing to the playoffs on both occasions.

2022 brought a completely new Team Vikings with the two mains stars of the team, Sacy and Saadhak left for Loud to create a Brazilian super team, gtnziN left for MIBR, frz left for Sharks Esports but now is on MIBR as well, which forced the organization to create a roster from scratch.

In the Brazilian VCT Stage 1, the team finished last in their group, with a 0-4 score, and would have to play the relegation tournament in order to retain their spot for Stage 2.

However, in the relegation tournament, the team lost to Los Grandes in the Upper bracket, and to MIBR in the first match of the lower bracket 2-0, quickly ending their dream of qualifying for Stage 2.

Now only time will tell what the new roster of Team Vikings will look like.