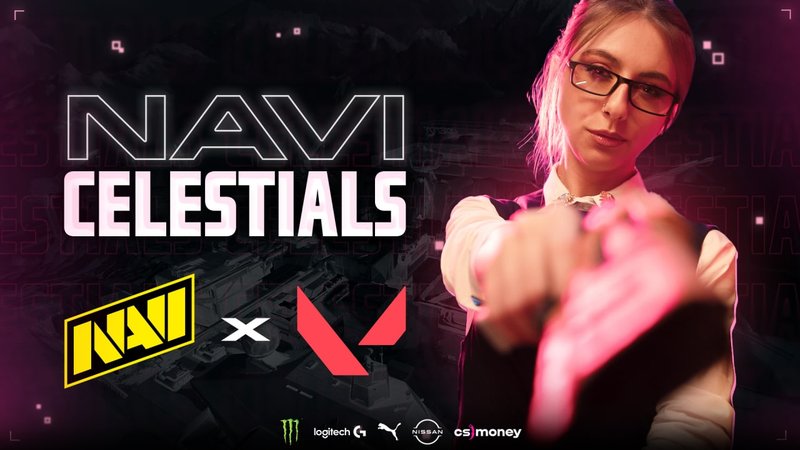 A famous Ukrainian organization has announced the signing of a female VALORANT roster.

All members of NAVI Celestials have been performing within the VALORANT pro scene since 2021 and participated in every season of Game Changers from Riot Games. Gia, proxima, and Ritha finished among the top three teams at the championships three times, with their highest achievement being runner-ups in season two of the League.

Sephia joined the trio in 2022 and only improved the results. The team won the online tournaments of the REBELS series three times, and at the last draw of VCT 2022: Game Changers EMEA Series 2 in May, they took fourth place, losing to Guild X with a score of 1:2.

The next major tournament for NAVI Celestials is VCT 2022: Game Changers EMEA Series 3 in mid-September.

The roster will be fully staffed in the near future as NAVI are awaiting the completion of a series of tryouts.

Recently, Riot announced the place, where Game Changers Championship will be held.

VCT Game Changers is a program which will supplement the competitive season by creating new opportunities and exposure for women within VALORANT esports. The competitive VALORANT community is both diverse and incredibly global, and our esport should reflect that fact. Through Game Changers, we hope to build towards a VALORANT Champions Tour that is more inclusive and representative of our community.