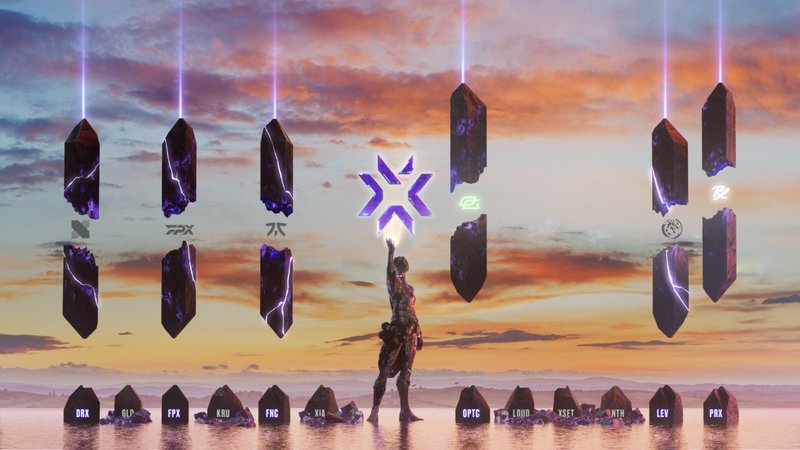 On Day 8 of the Masters Copenhagen, we got to know which teams will face each other print the Upper Bracket Final.

Here is the recap of the two series of the day. 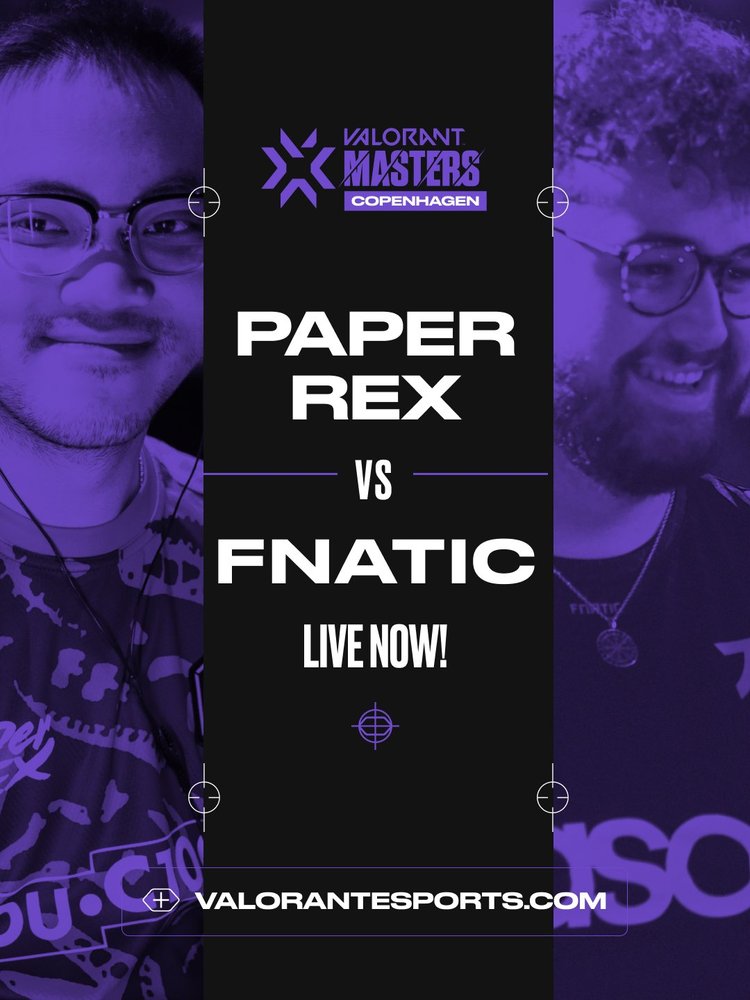 In the first series of the day tournament favorites, Fnatic battled with the APAC champions Paper Rex.

Haven would be the decider if necessary.

Fnatic choose to start on the defensive side and was able to win the pistol and eco round.

The EMEA squad choose to play very defensively, mainly sitting inside the bombsites, with Derke on chamber playing advance on Mid trying to get a pick.

Paper Rex was able to get on the scoreboard by winning the bonus round, relatively clean.

In the gun rounds, things started to go the way of Paper Rex.

With some great executions, and spectacular mid-round calls the APAC champions were able to convert the next three rounds.

However, in the most unlikely round, Fnatic was able to capitalize on the overextend of Paper Rex players and secured the thrifty win.

Fnatic gained momentum after winning this round.

The adaptation they did defensively allowed them to take the lead 5-4.

At halftime everything was tied 6-6, both teams were showing moments of brilliance, and we had a very close game in our hands.

Paper Rex secured the pistol and eco round.

In the bonus round, the APAC champions went for a very aggressive play, that saw Jinggg double sattle into B-link and get a kill, while d4v41 pushed to B main to help his teammate and was able to find Derke.

Leaving the APAC team with a 5-3 advantage.

However, Fnatic was able to come back into the round, and Boaster clutched it out to give Fnatic their first round on the attacking side.

The following round should have been an easy one for the EMEA side since Paper rex was in an eco.

But mindfreak had different plans, with a great individual play he turned the round in favor of Paper Rex.

However, Boaster once again came up clutch winning the 1v1 versus

Jingggm securing yet another round for his team.
It felt like Fnatic had taken control of the game, and were now once again in the lead.
With their backs against the wall Paper Rex had to respond, and they did just that.
Some great individual plays, especially by mindfreak, and adapting to what Fnatic was doing, were the keys to Paper Rex success.
By doing that they won four straight rounds and were now on map point.
[tweet1548702067539058689]
Fnatic wasn't going down without a fight and closed that game to 12-11.
But in the last round of regular time, Jingggm insane aggressive play saw him get two players through the smoke and gave Paper Rex the advantage they need to close out the game.
13-11 was the score and Paper Rex had secured their opponent's map pick.

This time it was Paper Rex who started on the defensive side, secured the first pistol round of the game, and also manage to convert the eco round.

Fnatic answered back with two rounds of their own.

It seemed both teams were going to trade rounds back and forth just like in the first half of game one, but Fnatic had other ideas.

With some great executions, and the trades being on point for the EMEA champions, Fnatic won three straight rounds and was now in the lead 5-3.

However, Paper Rex adapted very quickly, and with a great round by f0rsakeN were able to swing the momentum their way.

The APAC squad finished the half strongly by winning the next three rounds and taking a 7-5 lead into the second half.

In the second half, Paper Rex secured their second pistol round of the game, and by also converting the eco round they now had a 4 round lead.

Fnatic won the bonus round, but Paper Rex responded by winning the next two rounds.

Jinggg and f0rsakeN were putting on MVP performances and were the main reason Paper Rex was in control of the game.
But Fnatic wasn't going down without a fight.
The individual plays finally showed up for Fnatic, and they went on a four-round win streak, closing the gap to just one round at 11-10.
Despite a valiant comeback attempt by Fnatic, Paper Rex wasn't going to let this game slip.
The APAC champions closed the game 13-10 and secured the series victory 2-0.
Paper Rex moves to the Grand Final, while Fnatic is going to face
Leviatán for their tournament life. 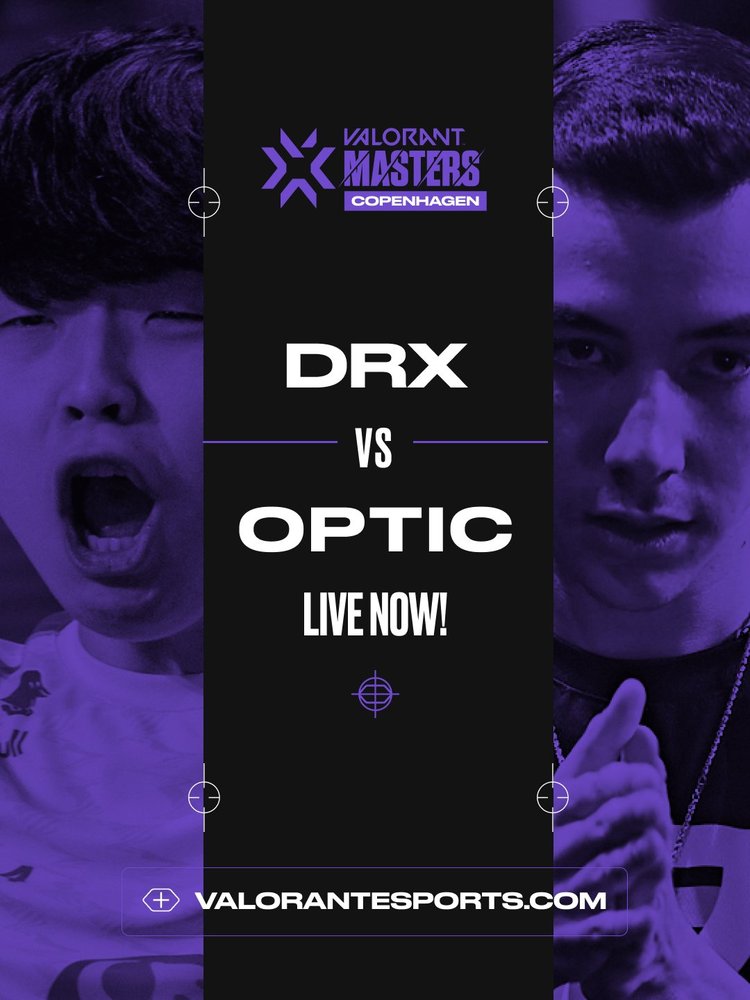 DRX and OpTic Gaming met again in an international tournament, with DRX looking for revenge
OpTic Gaming picked Fracture, while DRX choose Breeze.
Bind would be the decider map if necessary.

It's safe to say that DRX had a very strong start.

They won the pistol round, converted the eco, and also won the next eight rounds.

DRX steam rolled OpTic Gaming in the next first half, and there is not much else to say about it.

They were hitting their shots while OpTic Gaming just wasn't.

11-1 was the score at halftime and it seemed like DRX was going to draw first blood in the series.

OpTic Gaming still tried to make it closer but in the end, DRX won 13-4 and was in the driver seat of the series.

In Breeze, it was OpTic Gaming that had a great start.

The North American side won the first nine rounds and was determined to do to DRX what the Korean side did to them on Fracture.

10-2 was the score at halftime, but it was OpTic Gaming in the lead now.

DRX still won the pistol round, but it was just delaying the inevitable.

OpTic Gaming won Breeze 13-4 and we were heading to Bind.

In Bind, we had one of the best matches of the tournament, so if you didn't watch it make sure to do it.

OpTic Gaming, who started on the defensive side, won the pistol round without losing a player, and also secured the eco round.

The Korean squad responded by winning three straight rounds and taking the lead.

It was a very back and forth game, and this time it was OpTic Gaming who strung four rounds in a row, with some great individual plays by yay, and FNS mid-round calls, as usual, were very good.

At halftime, we had an 8-4 lead for OpTic Gaming, and it was starting to seem like the North American side was going to run away with this game.

After securing the second pistol round of the game, and once again converting the eco, the lead was now 10-4 and OpTic Gaming seemed poised to win this map.

But DRX adapted, Zest and MaKo stepped up for their team, and the Korean team was winning some rounds that looked impossible.

The trades were on point, and the utility usage, especially in the retakes was fantastic.

With a six-round win streak, DRX was now tied 10-10 and managed to break OpTic Gaming economy.

When it seemed like the Korean team was going to take the lead, OpTic Gaming on a semi-buy was able to take control of the game once again, after the best player in the world yay secured the round with three kills and clutched a 1v1.

The final rounds were very intense, and with some great plays by yay and Marved OpTic Gaming came out on top in Bind 13-11.
With this result, OpTic Gaming will face Paper Rex in the Upper Bracket Final.
As for DRX, they will once again meet FunPlus Phoenix, but now the EMEA squad as their full roster.
The Lower Bracket games will take place tomorrow, and will start at 5:00 PM CEST with Fnatic taking on Leviatán.
Comments
No comments yet
Please login to leave a comment.
Login
Recent News