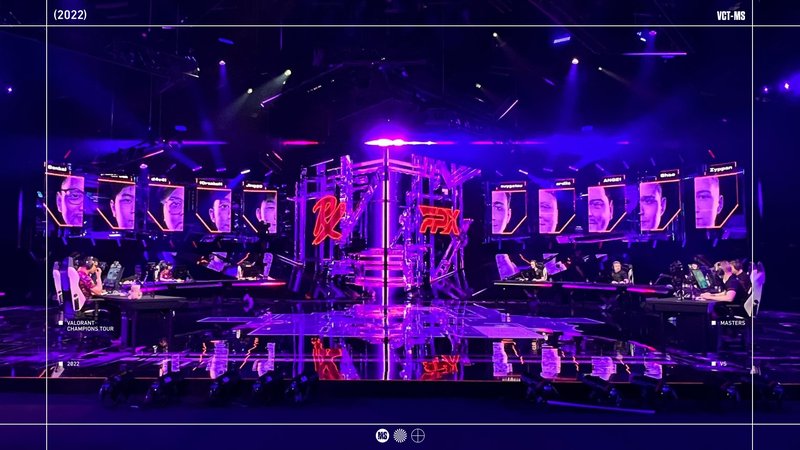 After fourteen days and a very long journey for both teams, FunPlus Phoenix battled Paper Rex for the right to be called the best team in the world and achieve international glory. 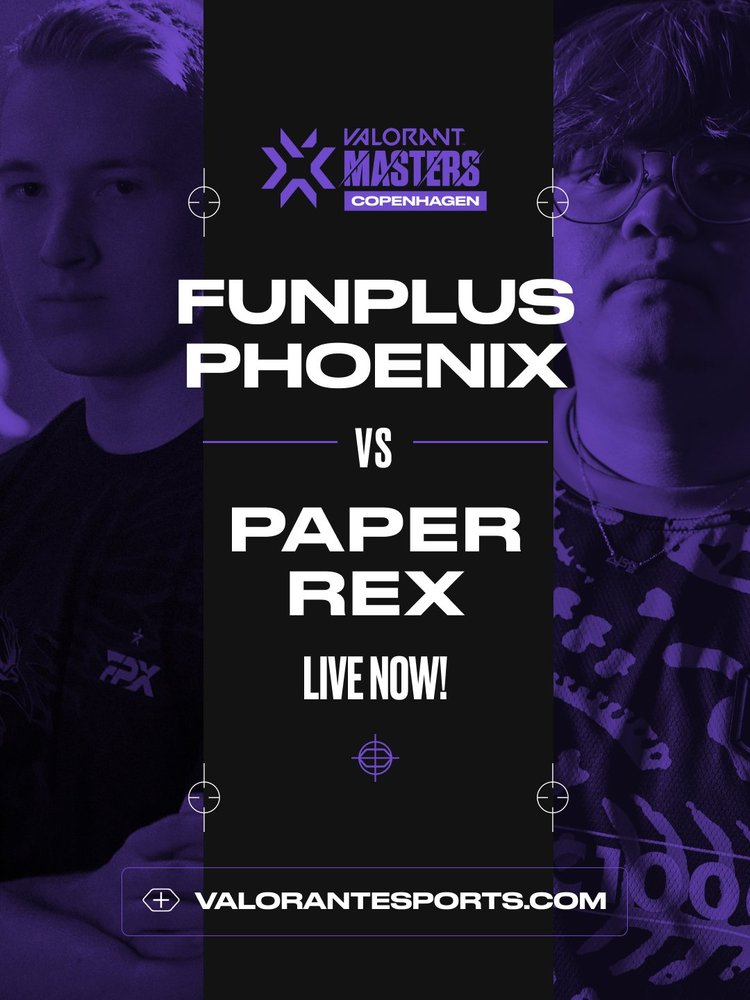 Since Paper Rex came from the upper bracket they could ban two maps.

Breeze was the decider map if necessary.

FunPlus Phoenix started by winning the pistol round with a perfect read of what Paper Rex would try in the first round of the series.

The EMEA vice champions had Paper Rex very well studied. They were countering Paper Rex aggressiveness on the defensive side by just waiting for the APAC champions to come to them.

To make things worse for the Singaporian squad, FunPlus Phoenix was winning all the aim duels, with their Superstars showing up while Jinggg and f0rsakeN were having a very quiet game.

All of this allowed FunPlus Phoenix to build a massive lead.

FunPlus Phoenix looked like they could do no wrong and went on a 10-round winning streak, with Paper Rex only getting on the board in the last round of the first half.

11-1 was the score going into the second half and this was FunPlus Phoenix map to lose.

FunPlus Phoenix managed to win the pistol round but Paper Rex answered back quickly, winning the eco round with Shao once again coming up clutch.

However, it was too little too late and the EMEA team closed out map one 13-3 and took the series lead after a very dominant performance.

This time it was Paper Rex who started on the attacking side and managed to secure the pistol round, playing the post plant to perfection.

As usual, FunPlus Phoenix won the bonus round and was on the scoreboard.

Finally, the APAC champions were starting to play like they usually do, winning the aim duels, having some great executions, especially into the A site, and their superstars were online.

With Paper Rex playing like this, FunPlus Phoenix was having a very hard time stopping the attacking side of the APAC champions, and Paper Rex took a comfortable 6-1 lead.

FunPlus Phoenix still managed to cut the lead before halftime, but with Paper Rex winning the clutch situations, and d4v41 getting the better of ardiis in the chamber battle, the APAC champions had a comfortable 9-3 lead heading into their defensive side.

Paper Rex continued their momentum in the second half winning the pistol round and pretty much wrapping this map two.

But FunPlus Phoenix wasn't going down without a fight and won a crucial eco round.

It also seemed the superstar players from FunPlus Phoenix were starting to wake up, with Zyppan leading the charge.

Despite that, Paper Rex knew they could go down 0-2 since it would be a very hard task to come back from that.

So the APAC champions made some defensive adaptations and closed out the map 13-7, showing much better performance than on map one.

The series was now tied 1-1 and we were heading into Paper Rex map pick Fracture.

On Fracture Paper Rex started on the attacking side, and got off to a good start, winning the pistol round with a flawless, and also secured the eco round.

The APAC champions were heavily favoring the A site but FunPlus Phoenix was put in on a solid defensive performance, matching their aggressiveness in some rounds but also knowing when to lay back.

This allowed FunPlus Phoenix to take the lead 4-2.

Despite not finding a lot of success in the gun rounds early in the first half, Paper Rex managed to adapt.

Still, with their very aggressive play style, the squad managed to find much more success in the last six rounds of the first half.

With the individuals stepping up and securing some very important rounds, Paper Rex won four of the last six rounds of the half and tied the game.

In the second half FunPlus Phoenix once again took the lead by winning their third pistol round of the series.

The eco round looked scary for the EMEA team but as usual, Shao won the clutch and secured a very important round for his team.

Paper Rex won the bonus round, securing their first and sadly last round of the defensive side.

For the remaining of the game, FunPlus Phoenix dominated.

You could see they knew how to make Paper Rex aggressive nature on the defensive side work against them.

FunPlus Phoenix closed out the map 13-7 and was now on a series point, after another very one-sided performance.

Haven was a must-win map for the APAC champions, but it was FunPlus Phoenix on their defensive side, who won the pistol round.

However, Paper Rex responded straight away with an eco-round win.

This should have left FunPlus Phoenix in a hard place when it came to their economy, but the EMEA team proved they could also win an eco round, and the economy for both teams was in a weird place.

It became even worse when Paper Rex answered in the next round with a semi-buy win.

None of the teams was able to take control of the game, and it seemed we were going to have a very close map.

The first half continued with the team's trading rounds back and forth.

At halftime, we had a 7-5 scoreline, with the APAC team leading but by only two rounds.

It was on the defensive side that Paper Rex was finding a lot of difficulties on both maps they lost.

However, this time their characteristic aggressive playstyle worked to perfection.

First, the squad won the pistol and eco round.

After that in a bonus round that looked lost mindfreak, the second-best clutcher in the tournament won a 1v2, and Paper Rex was in firm control of this map.

With this run from Paper Rex, FunPlus Phoenix was forced to call a timeout since something needed to change.

In the next round, FunPlus Phoenix looked much better and was able to finally secure a round on their attacking side.

Despite cutting the lead to 10-7 it was too little too late to make a comeback.

Paper Rex continued to play aggressively for control of the extremities of the map, and this time the EMEA squad wasn't able to counter it.

13-7 was the scrolling at the end of the map, and we were heading into Breeze, to see which team was going to be crow as the Masters Copenhagen 2022 champions.

It was due or die for both teams. The stakes couldn't be higher, with the winner of this map securing the title.

FunPlus Phoenix got off to a great start, winning the first three rounds of the game, and securing a very important bonus round that put Paper Rex in a precarious situation.

With a very fast B execute, and a good post plant, Paper Rex got on the scoreboard.

The APAC squad used that first round to build momentum and, with very fast executes, both in the as and b site, went on five round wins streak, taking control of that game.

FunPlus Phoenix needed to react, and after calling a timeout they did just that, adjusting their defensive setups, and with the clutches now going their way, the team secured the last four rounds of the half.

7-5 was the result at halftime, and FunPlus Phoenix was in the lead.

However, the team had an amazing start to the second half.

They won the pistol round and eco round, but the most important thing was the win in the bonus round that put Paper Rex in a very comfortable position.

It seemed the momentum was all on the side of the APAC champions, and with a 9-7 lead things were looking good for Paper Rex.

FunPlus Phoenix knew they had to stop the bleeding, and in order to do that they called a timeout, and it worked wonders for them.

The team went from a slow and methodical playstyle to a more explosive approach on the attacking side and that changed the game.

That and their players coming up big on important rounds helped them take the 10-9 lead.

Now it was FunPlus Phoenix who had all the momentum and Paper Rex needed to find an answer to the EMEA vice champions attacking side.

Unfortuanlyl for them they weren't able to do so.

Shao was winning every clutch situation, and ardiis also had an amazing impact in the last three rounds.

FunPlus Phoenix faced a lot of difficulties, entering the tournament with a stand-in, but still managing to reach the playoffs stage.

Being knocked out to the lower bracket, the squad managed to have an impressive run defeating rivals Fnatic, reining international champions at the moment OpTic Gaming, and the APAC champions Paper Rex.

Right now FunPlus Phoenix is the best team in the world, and they truly deserve it.