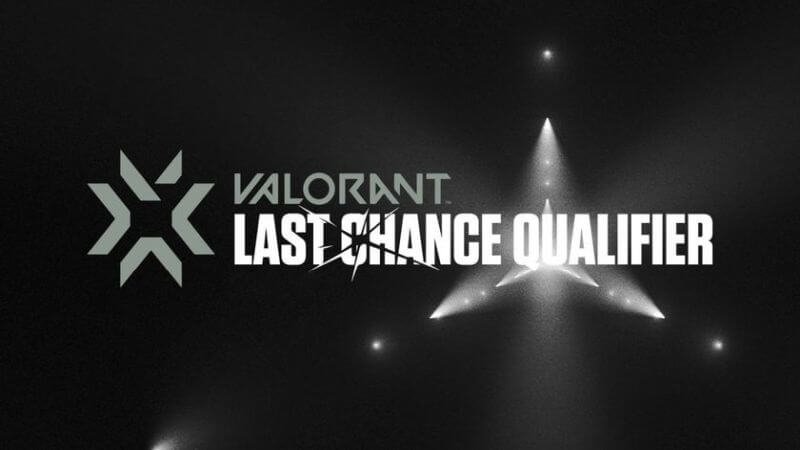 With the biggest international tournament of the year just around the corner, the EMEA Last Chance Qualifier gives eight of the best teams in the region their last chance to qualify for the event that will be held in Turkey.

The teams that qualified for this tournament, made it by accumulating circuit points throughout the year, with the eight teams with the most points accumulated, and that didn't qualify for Valorant Champions already, gaining an invite for this event.

Seven of August is when the tournament will start, and the event will conclude on the 14th of August just a week later. 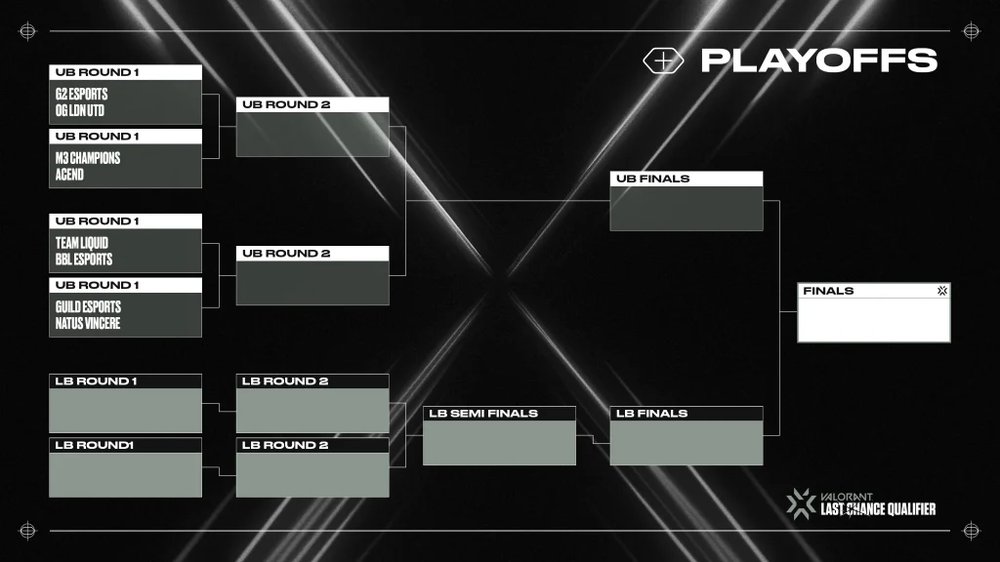 Regarding the EMEA Last Chance Qualifier format, the tournament will have a double-elimination bracket as per usual.

The matchups for the first round are already known, as you can see in the picture above.

As mentioned previously eight will be the number of teams attending this very important tournament.

All of the teams were present in the EMEA VCT Stage 1 and 2, so they are all very familiar with each other.

G2 Esports is one of the teams that will compete for their first-ever appearance on Valorant Champions, and a return to the international events overall.

Acend are the reigning Valorant Champions, and despite their lineup having suffered a lot of changes since last year, with only two players remaining from that championship roster.

The squad will look to once again qualify for the tournament and have a chance at defending their crown.

Guild Esports come from a good performance at Masters Copenhagen, and despite a recent roster change, the team is seen as one of the favorites. 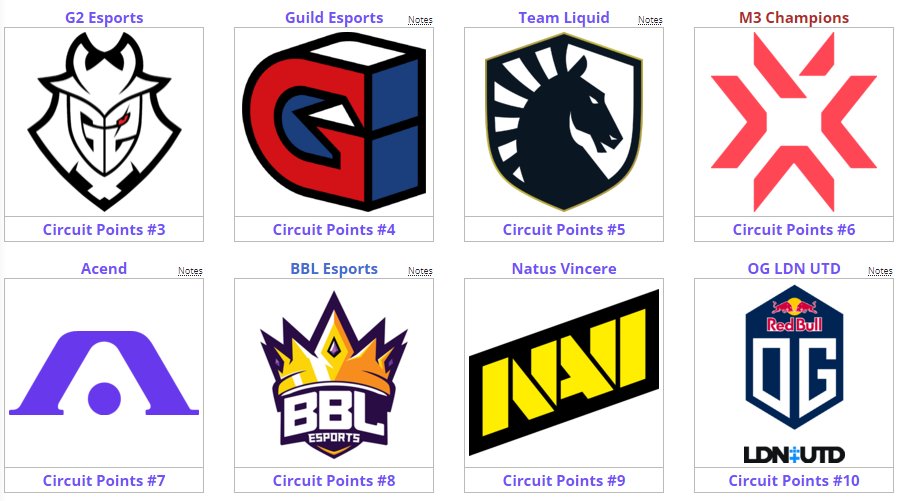 Team Liquid also made two changes before this tournament, bringing in dimasick, and eMIL coming in to assume the role of head coach.

M3 Champions finished second place in last year's Valorant Champions, and this time they want to qualify for the event and take the trophy home.

BBL Esports are the Turkish representatives and they will fight to achieve a goal the organization has had for a long time, to attend an international event.

Natus Vincere will look to do the same as BBL Esports, and qualify for their first-ever international event.

OG LDN UTD made some changes to the coaching staff coming into this tournament, and the organization hopes that is what helps them get over the line.

This squad has also never been present in an international event.

Where you can watch it

You will be able to watch the EMEA Last Chance Qualifier on Riot Games official twitch or youtube stream.

However, you will also be able to watch it on other regional streams, such as the Spanish stream, the French one, and many others which you can find out on Twitch or Youtube.

If all those options are not enough you can watch the games with some of your favorite content creators.

With riot games watch parties, a selected number of content creators will be able to stream the games and watch them with their community, creating a more chill and fun environment for the people that are watching it.

Whatever platform or channel you are watching on, one thing is certain, you will be watching the best EMEA has to offer, and you can expect some good Valorant matches.

Riot Games introduces 2023 competitive strucutre
Riot Games revealed the details of what you can expect from VALORANT Challengers in 2023.
16/08/2022
708 Views

UCAM Tokiers announce aer0z as new head coach
The Spanish organization is going through a rebuild and the signing of Marcos "aer0z" Gonzalez is the first peace of the puzzle of this new UCAM Tokiers roster.
12/08/2022
1883 Views

The Best Valorant Killjoy Cosplays
Killjoy is one of the few Sentinel agents in Valorant, and since being released has become one of the most played Sentinels. Cosplayers around the world have made a great job at b...
12/08/2022
1952 Views

Interview with Coach João “Celo” Almeida
In this interview with ex SPARX ESPORTS head coach, we talk about his start on Esports, why he decided to become a coach, the biggest difficulties a team faces during a VRL Split,...
11/08/2022
2002 Views