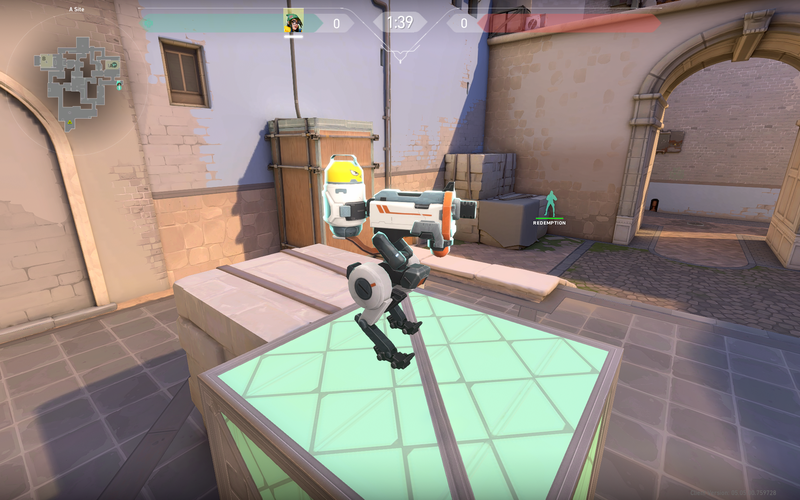 FPX and XSET had an incredibly close match in the lower bracket of the Valorant Champions Tournament 2022 . The teams were tied neck to neck. And in the last round, something unexpected happened that would risk changing the outcome of the match completely!

It was the final round of the third map, the match had gone as long as it can in VALORANT without going into overtime, and the score was 12 - 11 in favor of FPX . XSET were playing on the Attacking side and had the spike planted at A , and they had complete site control. This meant that FPX had to play retake on A site and defuse the spike.

The XSET Killjoy Turret was placed on the boxes in A site and was watching both Garden and Heaven. It should also be noted that both the FPX players were in garden, when one of them peaked out. He was detected by the turret but instead of shooting at him, the turret bugged and started shooting towards heaven.

And since there were no players in Heaven, this heavily misinformed the Attackers who were holding site as all of them transferred their focus towards heaven.

This is when the defenders exploded onto the site, killing all XSET players and winning the game to FPX . Here is a clip of the round in question:

Interestingly, nothing out of the ordinary happened after this round! Both teams accepted the outcome of this round and XSET even tweeted about their loss.

After some moments, news started to spread that the round will be replayed . This spread a lot of controversy in the community. And as the news appeared to be more and more authentic, it divided the community based on different opinions on the situation.

Some players were arguing on whether or not the turret was actually bugged.

Others debated on if it’s worth replaying the whole round based on such a minor bug.

Then eventually, the Riot Games’ official verdict came in which stated that the round will indeed be replayed because of the Killjoy Turret bug since it gave misinformation to the players.

The round then got replayed in which XSET actually defeated FPX, forcing the game into overtime! The game then went into Triple Overtime with both teams showing amazing performance and pulling off great plays, meanwhile being extremely tired and frustrated since it was now past 2 am local time!

FPX finally won the game with a score of 16 - 14 , securing them the victory once again!

This was a very scary game for both teams with both of them constantly going back and forth. But at least it ended well.

We can be sure that the community would have had a more dramatic response to the situation, had XSET actually won because of a long-lasting bug in the game. Riot Games will also most likely continue to receive criticism from the community for leaving a known bug in the game during such a large tournament!