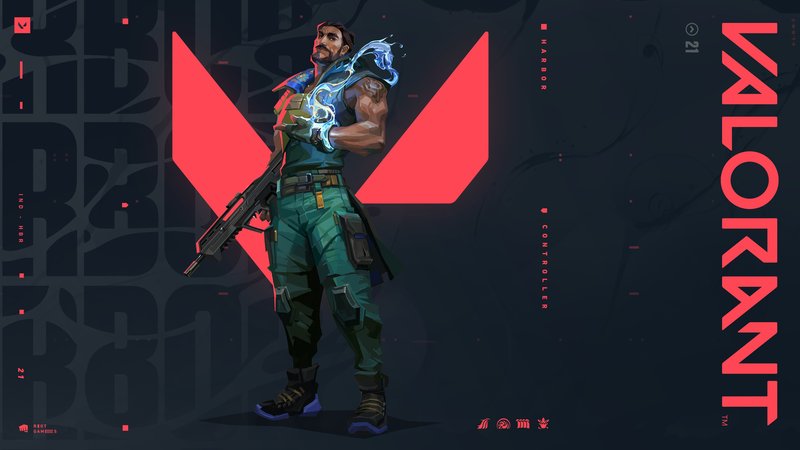 Riot Games has officially announced the abilities of the newest agent in VALORANT, Harbor.

Harbor will be in the game very soon, with the release of Episode 5 Act 3 on October 17. This agent arrived in Valorant from India. We've already seen his abilities in the trailer, but now we have all the details about them. It was also shown in the trailer that Harbor snuck into a temple in Mumbai, where he got the bracelet that gives him these abilities. They are all related to water. Some of them are somewhat similar to the already existing abilities in other agents, but there are also new mechanics. Let's take a closer look at it.

Harbor’s signature ability allows him to equip a wall of water using the ancient technology he wields. Then, he can fire the cast along the ground, but the direction of the wave can be manipulated and moved by holding fire.

Alternate fire will stop the wall early, while players hit by the wall are slowed.

His second ability, Cove, will grant Harbor the ability to protect allies. He will use his water to shield allies since the smoke-like ability will block bullets from enemies. The Cove ability will activate once it hits the ground. The ability can be both underhanded and thrown regularly.

His Cascade ability will allow him to create a small wall of water that slows enemies if they are hit, similar to High Tide. But Cascade will be able to roll through walls and can be stopped during the cast.

Harbor’s ultimate ability will allow him to equip the full power of his artifact. Reckoning allows Harbor to create a geyser pool on the ground and enemies caught in the pool are hit with consecutive concussive strikes.