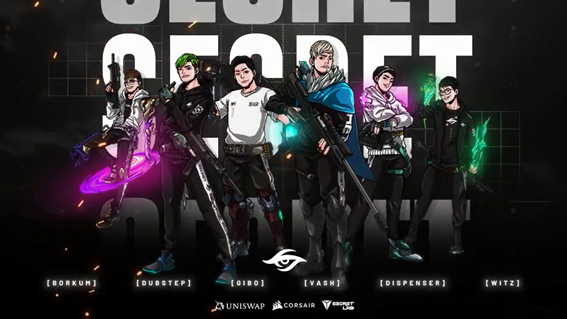 After only one day had passed since leaving Bren Esports the roster has already found a new home in Team Secret.

Bren Esports had announced the departure of their roster yesterday and if there were still question as to if the roster would stick together or not, they have all been answered today with Team Secret announcing the signing of the team earlier in the morning.

This marks the entry of Team Secret in the competitive Valorant Scene and with a roster that has proved capable of dominating their region and qualifying to international events, it does come as a surprise how quickly the roster found a new home after leaving Bren Esports but it’s a major win for Team Secret and its fans, the organization already has a strong presence in the SEA gaming scene and they now have a Valorant team ready to fight for trophies and bring more silverware to the organizations already vast championship cabinet.

With this move the roster also retains all the VCT circuit points they had earned since it was needed for at least three of the players to stick together to maintain their circuit points, otherwise, they would go to their former organization Bren Esports.

The team isn’t going to be able to compete in Masters Berlin, unfortunately, but they guarantee their presence in the Last Chance Qualifier and are one of the favorites to win the tournament and qualify for Valorant Champions, so we can still hope for greater Valorant matches and moments from this talented squad.