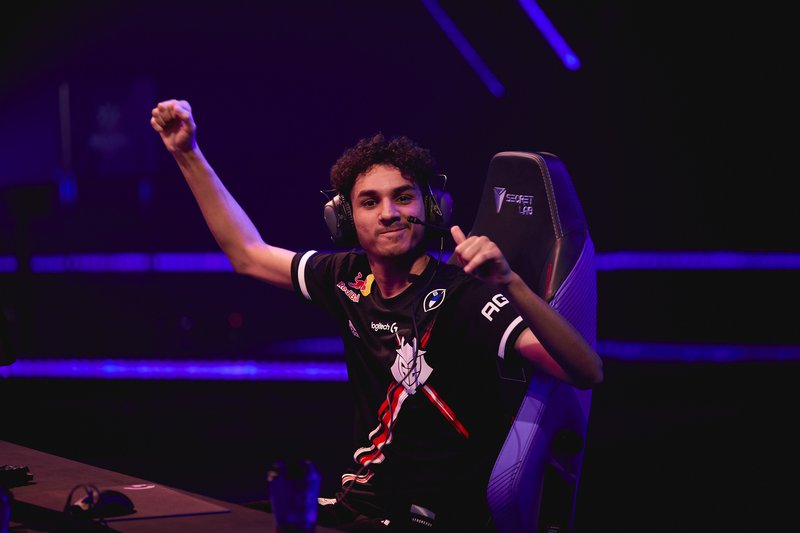 Today was probably the most important day of the tournament so far as we got to know the first teams to get eliminated from the event.

G2 Esports convincingly win against F4Q and book their ticket to the playoffs.

In the first match of the day, we had G2 esports vs F4Q with the European organization coming in as the favorites while the South Korean squad played for their tournament live as a defeat would see the end of their Master Berlin run.

On the first map of the series, Bind, G2 Esports won the pistol round and the eco round but F4Q was able to convert the bonus rounds and the first gun round, with all rounds being really close we could anticipate a nail bitter of a game.

However, G2 Esports was able to put a streak of six rounds, with good mid-round reads/ decisions and nukkye doing amazing work as the entry fragger winning almost all the crucial duels and unlocking the rounds in favor of the European organization, as well as not allowing F4Q to build a good economy, G2 Esports got too half-time with a comfortable 9-3 lead and with the 1-0 in their sights.

The second half didn’t have much story, G2 won the pistol round with two crucial kills from nukkye, the match MVP, and eventually closed out the map 13-3 and taking the 1-0 lead in the series.

The second map was Ascent, the pick of the South Korean team that desperately needed to win to maintain their tournament dreams alive.

Once again G2 Esports started strong on the attacking side, forcing early utility from the defensive side, making the correct decisions in the mid-round, and always playing to the strength of their composition, and with keloqz on Jet following the great performance in the first map with an amazing first half, the team once again went into the half-time leading 9-3 and F4Q looked like they didn’t have answers for the European team.

In the second half, we had a repeat of the first game second half, G2 Esports wins the pistol round and closes out the game without any problems 13-6 and taking the series 2-0, with this victory G2 Esports is advancing to the playoffs while F4Q has been eliminated, they still have a match against Sentinels but they are already out of the race for playoffs.

In the first Brazil vs Japan matchup of the day the Brazilians took the upper hand.

Breeze was the first map of the series, it was only the second time the map as been picked in the whole tournament, Vivo Keyd started strong on their attacking side the Brazilian squad firepower and aggressive play style was too much for Zeta to handle, the Japanese side was still able to put some rounds on the board but the Brazilian team was always in control of the game, and with the help of superstar player heat Vivo Keyd was able to reach half-time leading 9-3 and close to winning the first match.

The Brazilian side didn’t slow down and started the second half with a pistol round win, with murizzz 3k securing his team the round, his teammate heat didn’t want to fall behind and followed with a beautiful marshal ace in the next round. Vivo Keyd cruised out to the win 13-3 and took the series lead.

On Split, the Japanese team had a must-win match but they could not find a way past Vivo Keyd defensive side, Laz was doing everything in its power to help its team but it still wasn’t enough, the Brazilian squad defensive setup together with their firepower and good reeds on their opponent’s game plan through all the first half gave them a 10-2 lead at half time, and Vivo Keyd could already see the finish line of this series.

In the second half, Vivo Keyd continued their dominance and won the map 13-4 taking the series 2-0 and sending Zeta home.

The Brazilians will now play against Kru Esports with a playoff spot on the line.

The first map of the series was Heaven, and this was a much closer matchup than Vivo Keyd vs Zeta, the start of the first half of the map was a back-and-forth affair with the teams trading rounds, however, Crazy Raccoon was able to readjust their defensive setup and together with some very well-coordinated retakes the team was able to win the half 7-5.

Coming into the second half we had a very close game in our hands and the Brazilian side was now on the defensive side, however at the beginning, they were not able to replicate Crazy Raccoon success in the defensive side, as the Japanese squad was firing on all cylinders and Havan Liberty wasn’t finding a way into the game, not being able to create a stable economy while Crazy Raccoon was winning the rounds and not losing many players enable them to create a stable and strong economy.

However, Havan Liberty was able to adapt in time and with some good team play, clutch plays and retakes were able to win 4 rounds in the row and close the gap.

Despite Havan Liberty effort to make a comeback, it was too late, the Japanese squad eventually won the game 13-9 on the back of fantastic team performance on their attacking side.

On the second map, Split, the Japanese squad continued their hot attacking side, and this time Havan Liberty wasn´t able to put almost any resistance, the half-time score was 9-3 in favor of Crazy Raccoon, and Havan Liberty was going to have to step up to make this match even close.

Despite their best efforts, Havan Liberty wasn't able to mount a comeback, and Crazzy Raccoon who had the game under control since the beginning ended up winning 13-8 and will now face off against Gambit for a playoff spot.