XSET female CS:GO roster leaves the organization in order to pursue a career in Valorant 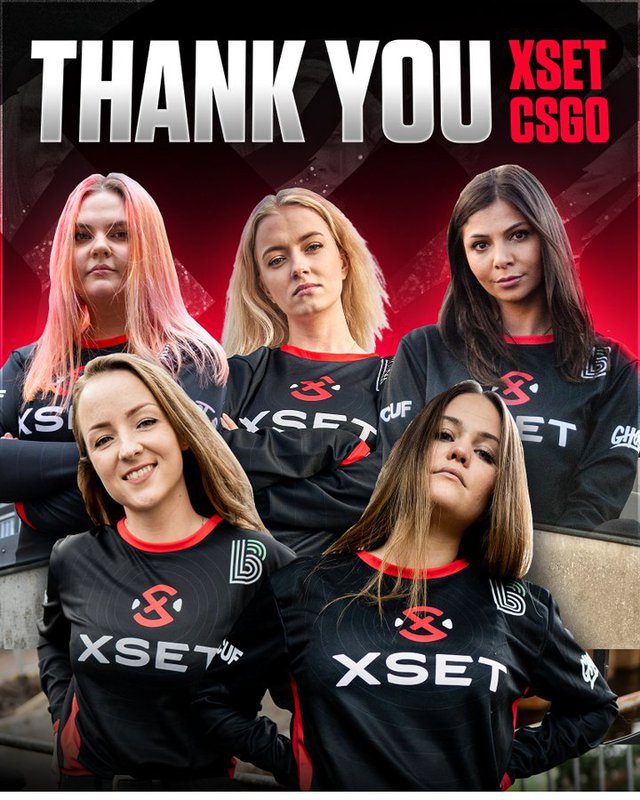 On the 20th of September North American organization, XSET announced that their female CS.GO team decided to leave the team and will now switch over to Valorant.

This team is composed of some of the biggest names in the history of the CS:GO female competitive scene, with a lot of experience and trophies in their bag.

The roster represented XSET for almost one year and despite never being able to compete on lan because of the pandemic, the team still showed an amazing performance in all the tournaments they participated in, posting a positive record on every map they played and never losing to a female team, going undefeated at 21-0. 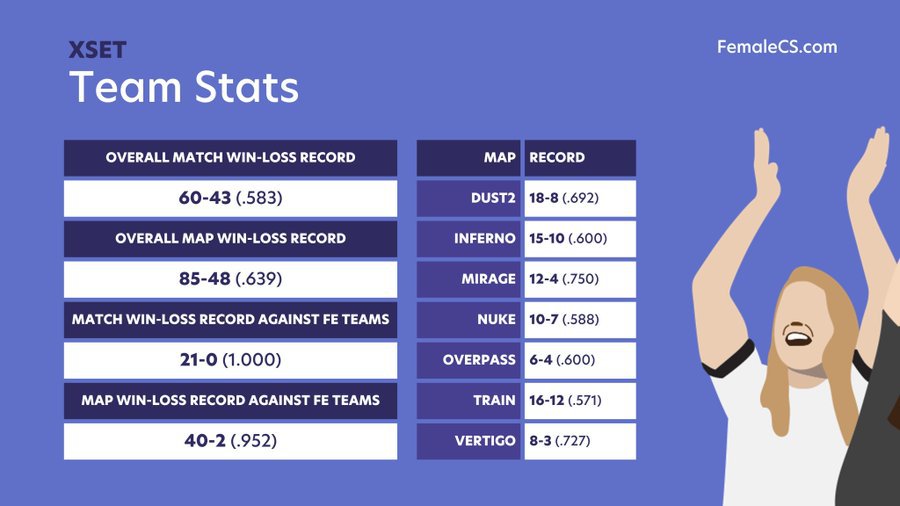 The roster will stay together and is now looking for a new organization to call home, they will play in the EU region and with the experience and championship-caliber the team brings from CS:GO it shouldn’t take long until an organization signs them.

Xset int at their entry in the Valorant female scene.

The organization thanked the roster for all their hard work and the way they represented the team in the last year and wished all the success for the team on their journey in the Valorant scene.

They also hinted that the creation of a female Valorant division in the organization could be near, as the North

American organization says they are committed to the development and growth of the women’s Valorant scene.

All the images rights belong to FemaleCs.com,Xset.