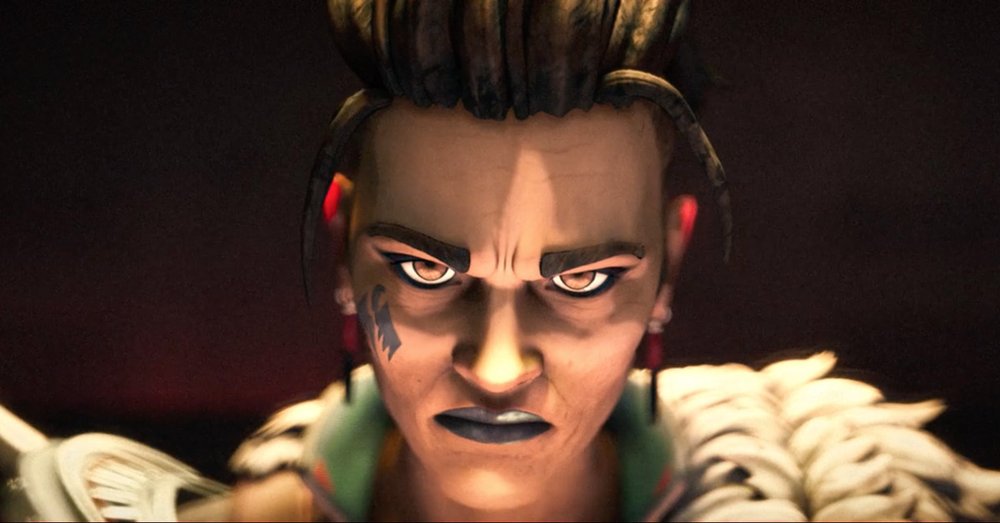 Mad Maggie was added to Apex Legends during season 12 of the game. She's an Offensive Legend, which means she's perfect for aggressive players who like to jump straight into the action.

Mad Maggie's character is a warlord who looks quite menacing, and her abilities can confuse new players. Getting familiarized with her abilities before using your precious Legend Tokens is not bad.

So, in this guide, we will tell you how to play Mad Maggie in Apex Legends. We will go through all of her abilities and tell you certain tips and tricks that can improve your gameplay. But before that, let's learn a bit about the character itself. 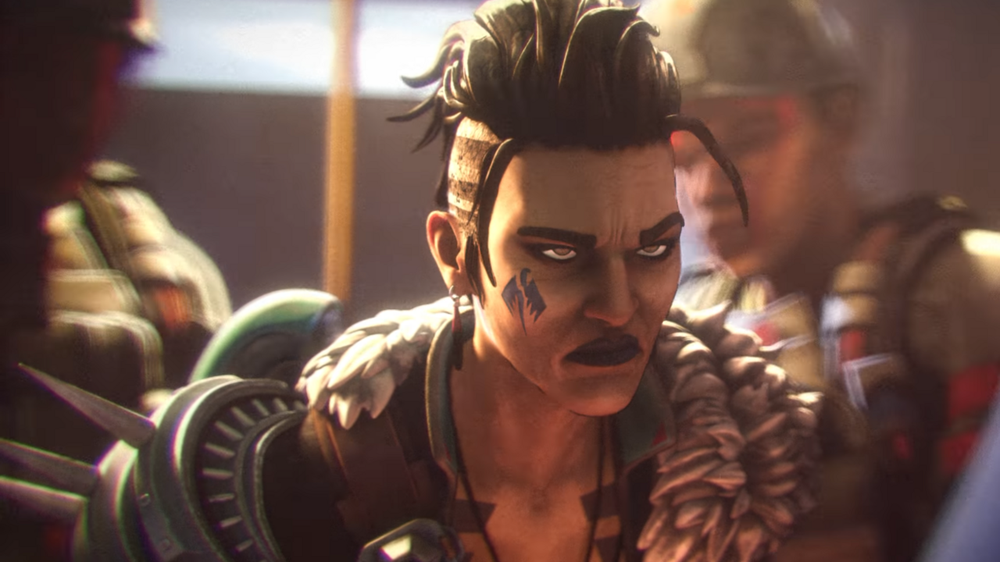 Mad Maggie was added to Apex Legends on February 08, 2022, alongside season 12. Mad Maggie's real name is Margaret Kōhere, and her backstory is quite interesting.

The official website describes Mag Maggie as the woman who would one day be known as Mad Maggie. She grew up in one of Salvo's dustiest, dullest corners without any family to speak of. She was fortunate, then, to meet a kindred chaotic spirit: an adventurous young boy named Walter Fitzroy (AKA Fuse).

However, their friendship turned bitter at one point when Sandringham Kelly, a rival warlord, forged a deal with the Syndicate. After this deal, Fuse also abandoned Maggie to join the Apex Games.

Maggie intended to highlight the Syndicate's weakness by sabotaging Fuse's entry into the Apex games in the hopes of sparking a rebellion against Salvo. Fuse would put up a team to take down Maggie. However, they eventually come to embrace each other's choices and decide to make peace.

Now that we know everything about this character's history. Let's discuss a bit about her abilities. 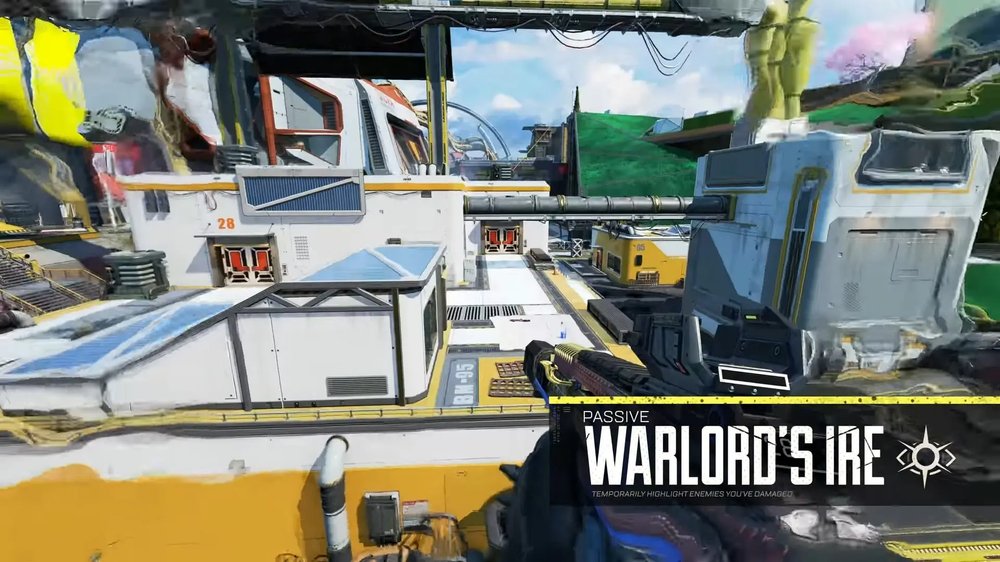 Mad Maggie's passive ability is called Warlord's Ire. Her passive allows players to highlight enemies you've damaged Temporarily. They will be visible through walls for a limited moment. This ability is insanely useful whenever a cluster of enemies surrounds you.

Maggie's passive also allows her to move faster with shotguns. This may sound a bit confusing, but it actually works. While you're wielding a shotgun, you need to quickly fire and retreat. So this ability allows you to do exactly that, and you can engage in close-range combat more confidently. 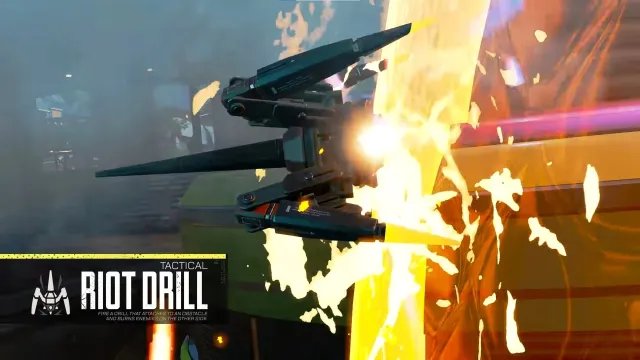 For tactical ability, Maggie has her Riot Drill. A fire drill sticks to an obstruction and burns foes on the opposite side. The ability does 160 damage over 9 seconds and bounces off enemies if it hits directly on them. The ability does five damage while bouncing off enemies. So it is best to use this ability on walls.

When opponents try to trick you into approaching, use this to intimidate them out of cover instead of going towards them. This is comparable to being able to fire a thermite grenade through a wall.

Riot Drill can also be used to destroy Gibraltar's bubble. You can use this to prevent the enemy from healing or reviving their teammates. 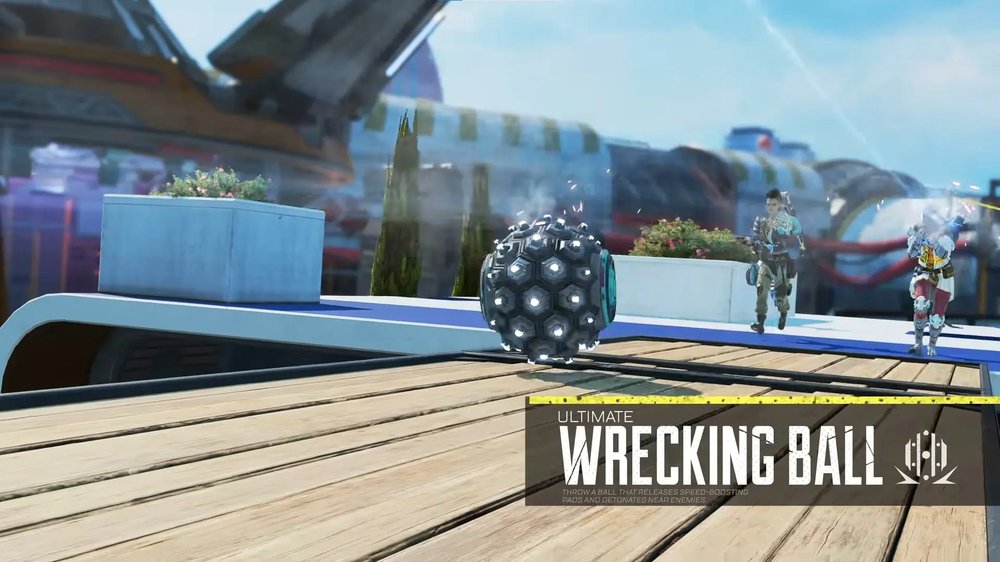 Wrecking Ball is the name of Mad Maggie's ultimate ability. The name is quite descriptive of what this ability does. She launches a disruptive ball that releases speed-boosting pads and explodes near any adversaries in its route, dealing up to 20 damage.

Moreover, this wrecking ball can bounce off ceilings and walls, but it will destroy any doors that come in contact with it. Mad Maggie's ultimate also delivers damage to player-created structures and destroys Gibraltar's Dome of Protection immediately.

When it comes to speed boosters, they provide you with a 30% movement speed increase for 3 seconds.

Now that we have covered all of her abilities in detail, we will tell you a few tips and tricks you should keep in mind while playing as Mad Maggie. These tips and tricks will help you play Mad Maggie with more efficiency.

Picking the right pair for Maggie is quite confusing. She is basically a full-blown war machine, and her abilities will often lead her to advance forward without her teammates. So it is better to pair her with high-mobility players such as Wraith and Octane.

Shotguns Are Your Bestfriends

Mad Maggie is a character best suited for aggressive and hot-headed players. The increased movement speed you earn from having your shotgun out is no joke, and it may mean the world when trying to advance on a squad.

So it is very crucial to have a Shotgun in your loadout from early in the game. Pairing both sides of her passive abilities together makes sense. You can mark the enemies using shotguns and quickly chase them and put them out of their misery.

You should note that the shotgun's speed increase only applies when you hold it in your hands. Fortunately, because you move at the same pace with it out as you do with your pistols holstered, there's rarely a reason not to have it ready.

There's a way to amp up Mad Maggie's ultimate ability. You can turn it into a literal fireball. Remember that you need to have your passive ability ready to try this trick out. You can try this trick out yourself by simply attaching your Riot Drill to your Wrecking Ball.

This will increase the Ultimate's power and even give it some AoE burn damage when it rolls through a group of opponents. Remember, this tip is best practiced on the Firing Range, and if you want to see it in action, check out our dedicated tutorial.

Don't Be Afraid Of Defenses

Mad Maggie is the best character against defensive players. Gibraltar mains probably loathe Maggie because her tactical ability can easily decimate his defenses. Moreover, enemies who are firing at you behind distant covers are also no match for Mad Maggie's Riot Drill.

Furthermore, you may utilize the Riot Drill through doors. So if you're certain that an enemy is hiding behind a door, you can light up that door. You can lock enemies inside and throw grenades at them through this. Or you can force them out with this ability.

So this was our guide on how to play Mad Maggie in Apex Legends. I wouldn't really recommend this Legend to new players. If you're new to the game, check out our list of the best Legends for beginners.

How to turn Aim Assist On/Off in Apex Legends
In many First Person Shooter (FPS) video games, battles are best decided by the player who has the best aim. Sure, other factors come into play, but aim assist is the primary way ...
25/05/2022
1469 Views