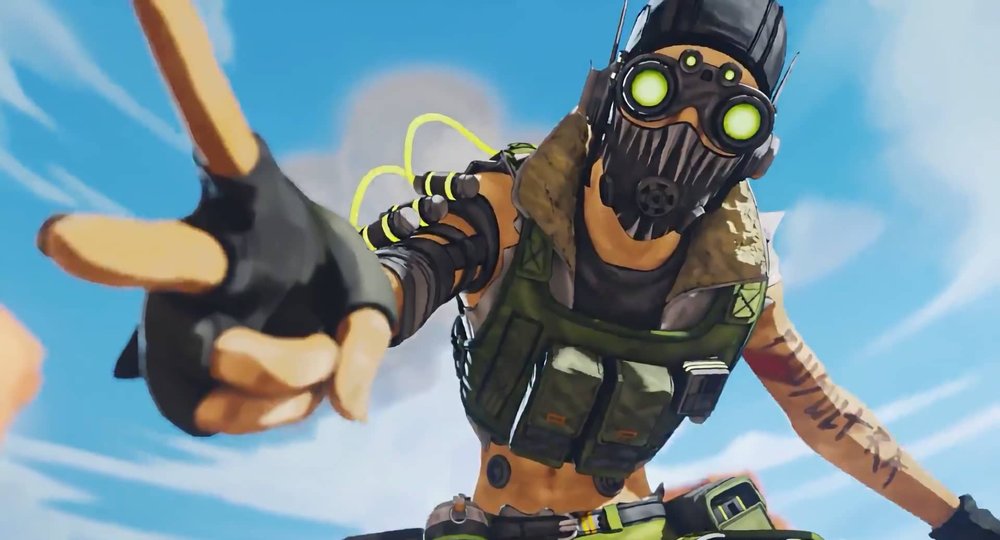 Octane was the first Legend to be added to the game after its release. It won't be wrong to call him one of the most popular Legends in the game. He's the first character people tend to unlock after getting the hang of the game.

Octane is an Offensive Legend, and the main focus of his abilities is on mobility. He's a really fast-paced character. Octane is amazing for catching players off guard or running them down after their shields have been damaged, but it may also affect you if you have no idea how to use Octane's abilities efficiently.

So in today's guide, we will tell you how to play Octane in Apex Legends. As always, we will go through his complete ability set, and then we'll provide you with some tips and tricks that will help you improve your gameplay. 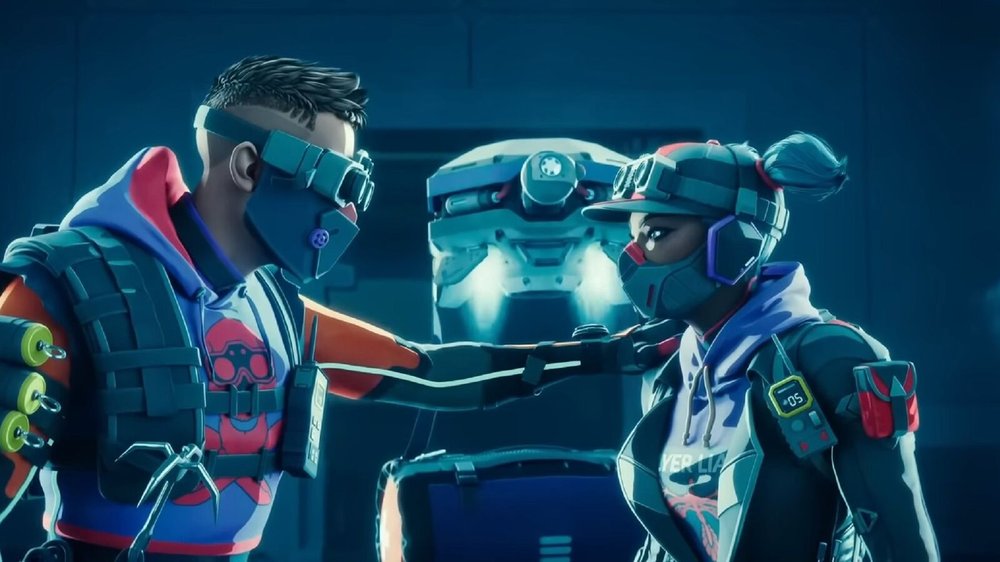 Octane's real name is Octavio Silva. He's the son of a well-known businessman who was always busy due to his work. Hence, Octavio kept himself amused by executing death-defying stunts and uploading holovids of them for his followers to admire.

One day, he planned to break the course record for a neighboring Gauntlet by flinging himself across the finish line with a grenade. As you might've guessed, the stunt didn't go too well, and Octavio ended up in a hospital.

As he lay there, doctors warned him that the damage to his legs meant his days as a daredevil was gone. Octavio was irritated by this. He sought assistance from an old buddy, Ajay Che, who helped him to replace his legs with bionic ones. After recovering, Octavio decided that the Apex Games, the ultimate adrenaline thrill, were calling. He will now become an Apex Champion.

Octane's backstory is really interesting. Let's take a look at his abilities now to learn how to play Octane in Apex Legends.

Octane's ability focuses on agility and mobility. His abilities favor a fast-paced play style. Let's take a look at these abilities in detail. 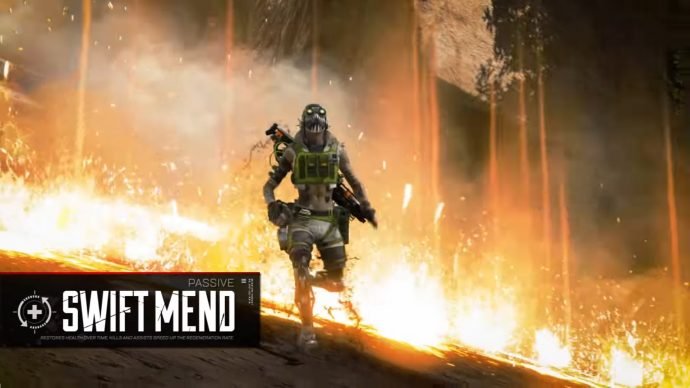 Octane's passive is really useful for his playstyle. Swift Mend allows Octane to automatically heal his HP over time if he doesn't take further damage. Octane will regain one health point every second when he is not in battle, providing him with great endurance between firefights.

Swift Mend will even continue to work after Octane is knocked out, although it will not stop him from bleeding out. This ability may not sound impressive, but it is effective while playing.

For instance, this ability is extremely useful when you're outside the ring. Due to Swift Mend's regeneration, you can easily revive your teammates or gather some loot outside the ring for a few seconds. 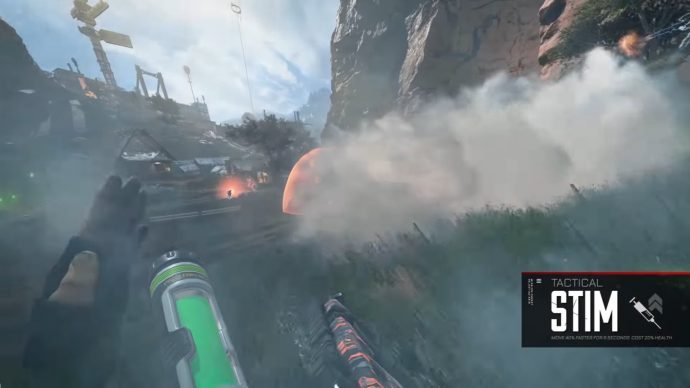 Octane's tactical ability is called Stim. Octane's Stim enables him to inject adrenaline for a 30% speed increase for six seconds, and the ability rapidly cools down, requiring another six seconds to activate. This ability also removes slow effects from explosives, Caustic gas, or Wattson's fences.

Octane's speed makes him extremely lethal. With a Stim active, you may rapidly close the distance on foes and shoot them efficiently, making it extremely difficult for them to attack you. However, controlling Stim requires a lot of practice. So don't be afraid to use it in small fights first and then use it during dangerous battles.

You should also keep an eye on your health bar before using Stim. It Costs 20 health (or all health but 1, if Octane has 20 or less health). 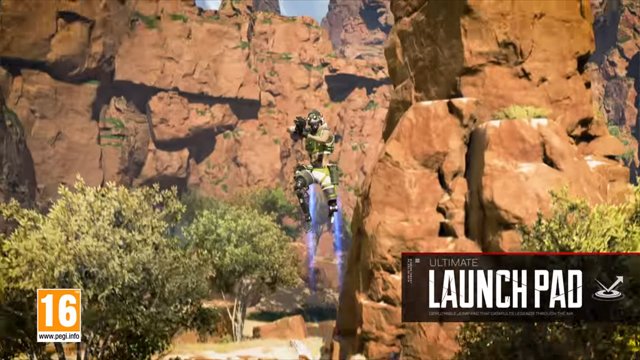 Octane's Ultimate Launch Pad enables him to deploy a contraption that pushes him into the air and even allows him to perform a double leap to change direction. Octane's Launch Pad has a cooldown of 90 seconds.

You can use this ability to outflank opponents hiding behind obstacles and such. Just make sure you have an escape route or something to hide behind. You may use jump pads in a variety of ways, such as bouncing grenades or jumping towards your partner while you are knocked or your friend is knocked to assist him.

However, it would help if you were careful that launch pads could be destroyed. They have 200 Health. So you should use it immediately if you're planning to escape an area or the enemy may get a hold of you.

Octane is a high-mobility Legend. He works well with other fast-paced Legends such as Valkyrie, Ash, etc. Moreover, you can also pair him up with Wraith. We have talked about multiple team compositions on our list of the best Apex Legends team compositions.

Whichever pair you decide to create with Octane, keep in mind that he's all about speed. So don't choose Legends that will hinder his abilities and slow him down. Doing this will only lead to confusion and chaos.

Use the Stim Smartly

Octane's Stim ability boosts your speed but depletes your health. If you use the ability frequently, make sure you don't get caught off guard and lose a lot of health. The best time to use your Stim is when you're going to rush towards a bunch of enemies with full health.

Even though Octane has a healing factor, you might need to carry some bandages to ensure your safety. Use Stim shortly before finishing a Med Kit or Phoenix Kit to gain the benefits of Stim without compromising your health.

While using an Offensive Legend, you can often lose control. It is really important to have the right balance between offense and defense, especially in the case of Octane, who can increase his speed.

So you shouldn't be afraid of repositioning if a fight isn't going your way. Use your Stim or Launchpad to move away from the fight. Many players suffer tunnel vision when they battle a team from a single direction. So if you can attack them from an unexpected angle, you can generally finish them off.

Be Creative With LaunchPad

You can use Octane's launch pad in several different ways. You don't have to use them as a convenient escape route. Instead, you can place them in a densely populated area and wait on one of the possible landing spots. There's a high chance that an enemy will bounce off of it and end up in front of you.

I'd recommend placing them in front of a door. Once someone steps foot outside, they'll be sent flying, giving you and your teammates an easy target.

So this was our guide on how to play Octane in Apex Legends. We hope you find it useful. Make sure to check out our other guides as well.

Does Apex Legends support Crossplay to play with friends?
Today, the game is available to enjoy with Crossplay on platforms like PC, PS4, PS5, Xbox One, Xbox Series X and the Nintendo Switch. These platforms make for an enjoyable gaming ...
07/06/2022
1385 Views

How To Play Wraith in Apex Legends (Complete Guide)
Wraith is one of the free characters in Apex Legends. She's quite popular and not that difficult to use once you get used to her abilities. However, there's always some room for i...
22/09/2022
1585 Views

Apex Legends: Hunted Patch Notes
Respawn has published the full patch notes of the new 14th season in Apex Legends. The publisher introduced a lot of updates, so let's check them.
09/08/2022
1160 Views

Apex Legends Pick Rates: Most Popular Legends in Season 13
Want to know what the most popular Legends are in Apex Legends? And what is the pick rate of every Legend in the game? Here is a list of all the Legends and their pick rates in Ap...
15/07/2022
1195 Views