Zone Wars Maps in Fortnite are some of the game's best and most popular creative mode maps. Zone Wars allow you to experience the sweatiness of an actual Fortnite late game where players are usually incredibly skilled at building, editing, and moving with high caution.

Zone Wars maps usually take place in large, open environments such as islands, where players can build anywhere they want inside the play area. Oh yeah, a storm circle closes in on you and keeps shrinking as it goes.

In most cases, the storm behaves like an actual late-game of Fortnite. The next storm circle can be half-outside or entirely outside the current one, keeping the players constantly on the move. 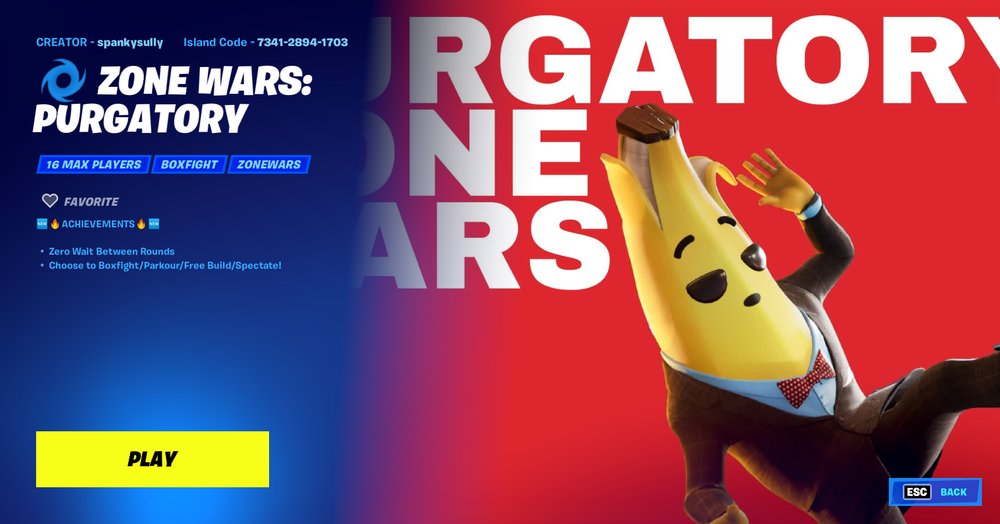 Purgatory Zone Wars mode is a great map to start off the list. It not only has a great Zone Wars mod and other playing modes such as box fighting, aim training, and parkour to allow players to choose what they want to play.

Box fighting is a great mode that allows players to practice their building and editing and is an excellent option to have alongside Zone Wars!

Purgatory Zone Wars has zero waiting time between deaths, so you can hop right back into the game without waiting. There is also a “god mode” for spectators, allowing them to fly around the map and spectate the fight from the best angle. Grab a Popcorn! 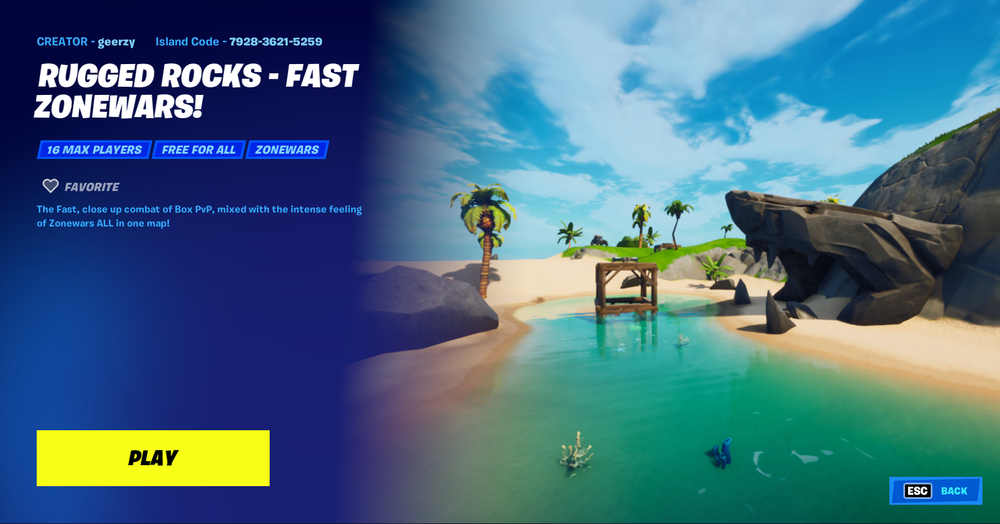 Rugged Rock Works is one of the smaller and faster Zone Wars maps, so when the game starts, there’ll be less stalling and more fighting! This map takes place on a barren island with very few structures, meaning the players will have no natural cover and have to rely on their building and editing skills.

The map itself has the fast pace of a Box Fighting map while having the layout and structure of Zone Wars. And you’ll notice it in-game when you see the zone close up in 2 minutes and 40 seconds.

Rugged Rocks Zone Wars is a highly optimized map because of its fewer structures and open environments to allow players with lower specs to have fun on it. Overall, this is an excellent map for Zone Wars because of its impressive optimization and fast pace.

Remember how we said Zone Wars maps are made to closely resemble the actual game of Fortnite? Well, this map takes that to another level! 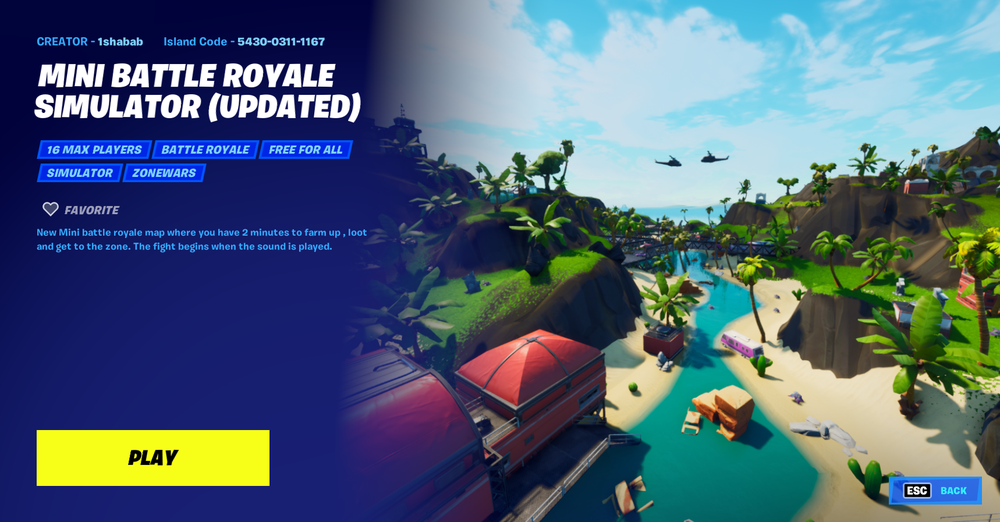 Mini Battle Royale Simulator is made to feel like an actual game of Fortnite, just quicker and more hectic. Instead of spawning players in buildings or boxes like other maps, this map has the Battle Bus from Fortnite Battle Royale that flies over the miniature island.

Players start in the Battle Bus and are free to jump out whenever they want and choose their own landing location. After landing, players must run around to gather loot and play the game as they would in a regular game of Fortnite. This is an exciting take on Zone Wars and a worthy mention in our Top 10 Fortnite Zone Wars maps list. 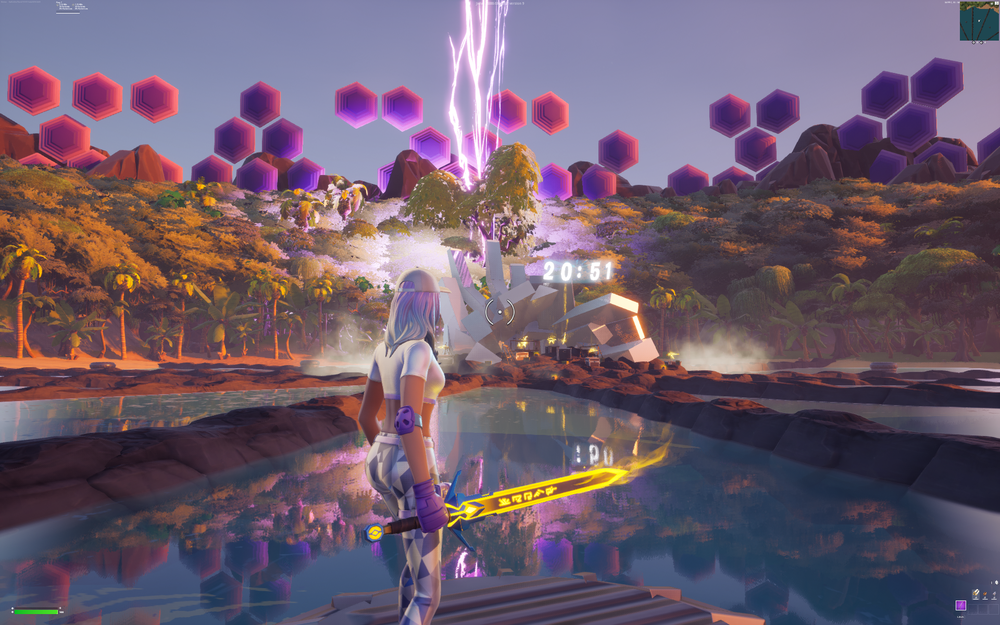 We have mentioned performance-optimized maps in this list. Now it’s time to look at the opposite end of the spectrum!

75th Hunger Games is probably one of the most visually impressive Zone Wars maps in Fornite. And as you may have guessed, this map is heavily inspired by the book and movie.

The map has excellent loot in the middle, giving you an advantage in fights. But be careful if you decide to go for this loot because every player in the lobby will have their eyes on it, and you will likely get shot from multiple directions if you aren’t smart about picking the loot.

Besides that, this map has a large jungle that lets you take cover and in-game events that will influence your play style. This is why this map is a must-play for you and your friends!

A map for all the Tilted Towers lovers out there! 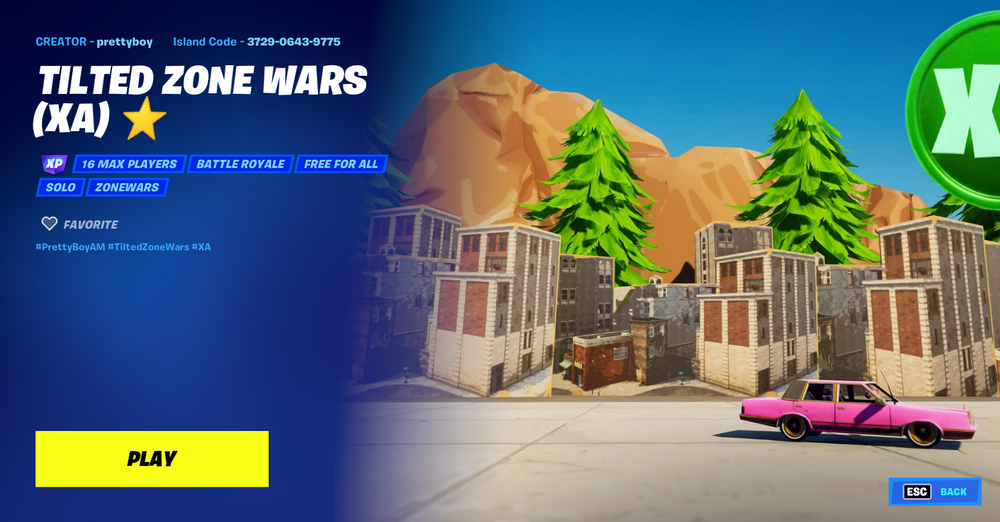 Tilted has been an iconic POI in Fortnite since it was added to the game. It has many tall buildings that allow players to easily loot up and fight from cover.

This map catches the essence of Tilted Towers, and while it may not be an exact copy of the place, we think you’ll find it good enough. Players spawn inside buildings with loot spawning in front of them. Players can loot up and start building out horizontally from the holes in the walls around them.

Fights start immediately since players spawn near each other, so you better be ready. Players may also often spawn on the floors above and below you. 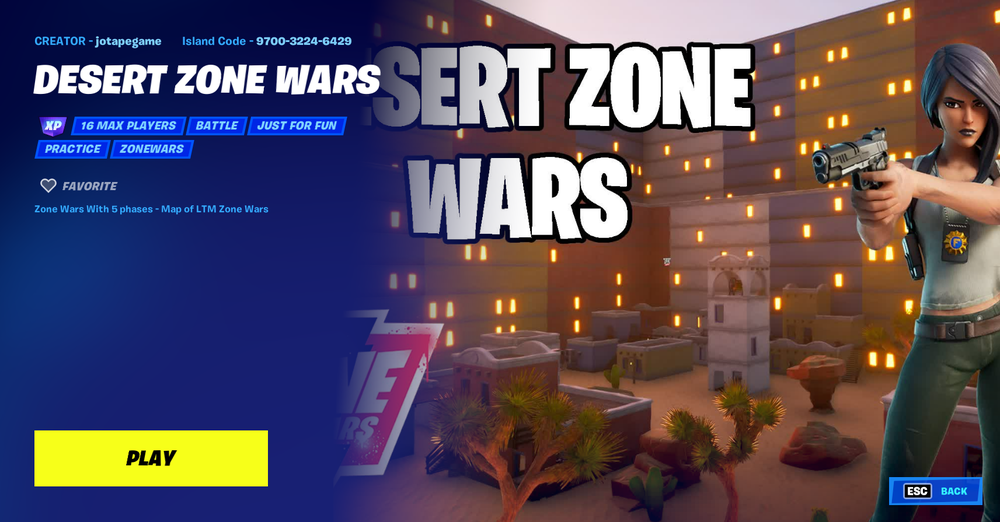 This map is built in the setting of a desert, much like the Wild West POI that used to be in Fortnite. The map itself is enjoyable to play, and you can expect to lose track of time once you start playing.

The players spawn below the island with an option of weapons and healing items placed in front of them. You can pick up the items you want and then use the speed pad in front of you to go above where the action takes place. The zone moves quickly, so you must always be on your feet.

This map is excellent for refreshing your building, editing, and tunneling skills in Fortnite. Playing this map with friends is undoubtedly something you wanna do! 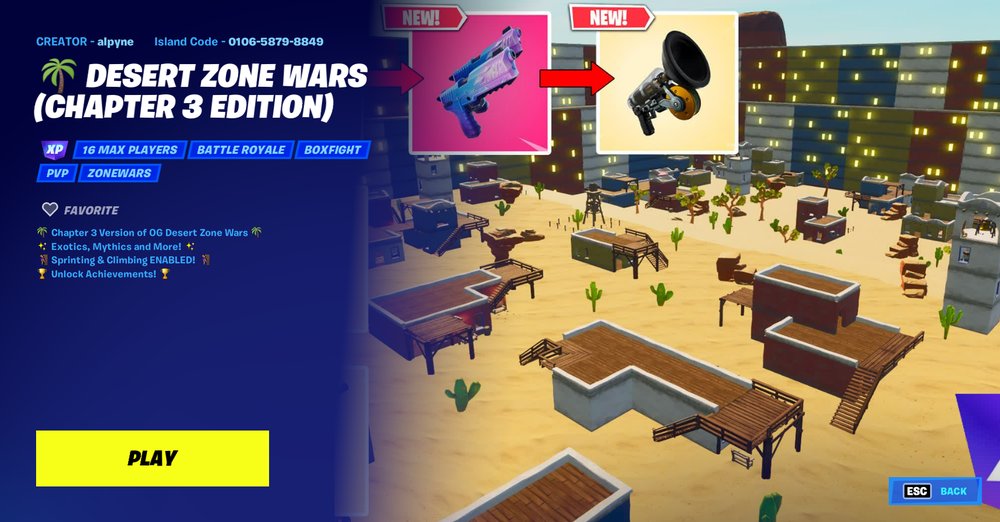 This map has a similar desert theme to the last map we mentioned in this list. But that is where the similarities end.

The gameplay on this map is much more chaotic and hectic because of the additional items players can find in this mode. Mechanical Bow, Shockwave Grenade Launcher, and Gliding Grappler are all items that make the movement on this map more quickly and increase the pace of the game.

Not the mention the whole map is enclosed between four giant walls which surround the play area. If you are looking for a Zone Wars map filled with pure chaos, this is the map for you! 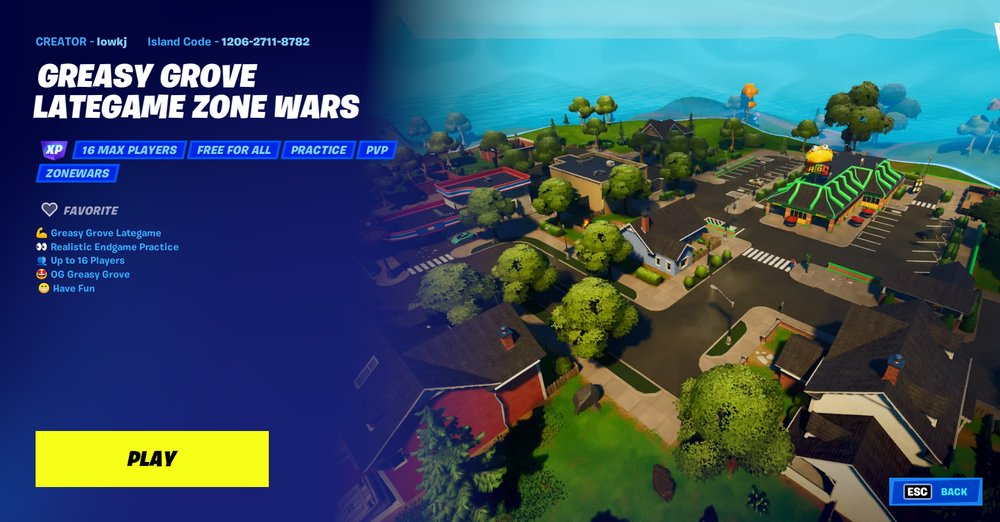 As the name suggests, this Zone Wars map is located inside Greasy Grove, a popular POI in the game. This map also has some unique features which set it apart from the other Zone Wars maps.

Firstly, you spawn in the sky and have to glide down. This means you will have to compete for your territory when you land. Besides that, the game has items like Rocket Launchers and Mythic weapons, significantly decreasing the time to kill.

If you want to play Zone Wars in known territory, and want the fun of playing with insanely powerful weapons, then this is the map for you! 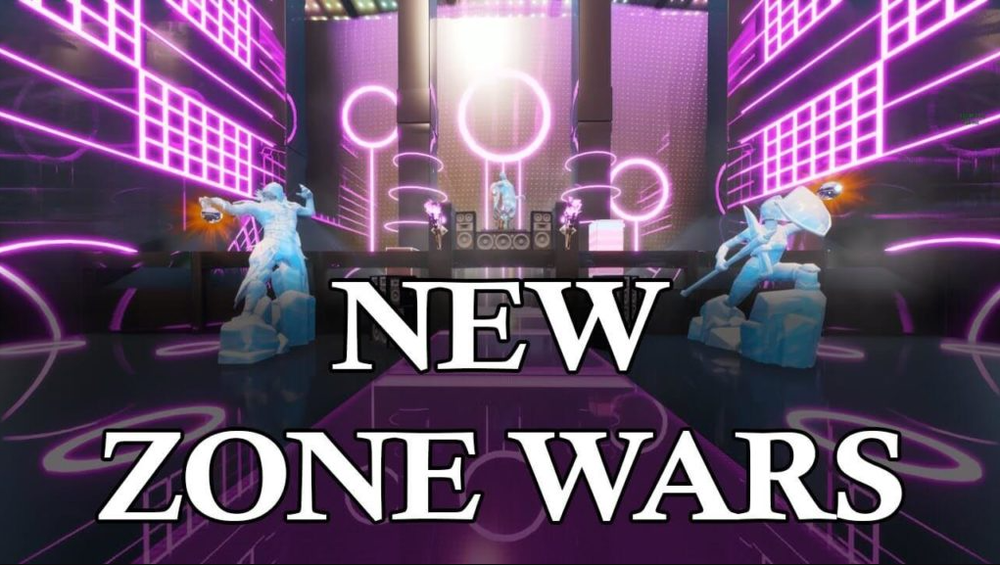 This is a creation of the map maker Enigma and is just the quality we would expect from him. Enigma makes fast-paced maps with unique mechanics which are as good and fun to play as any other maps in the game.

This map has its own unique moving storm, which moves on a path downhill, forcing players close together to encourage more fights. 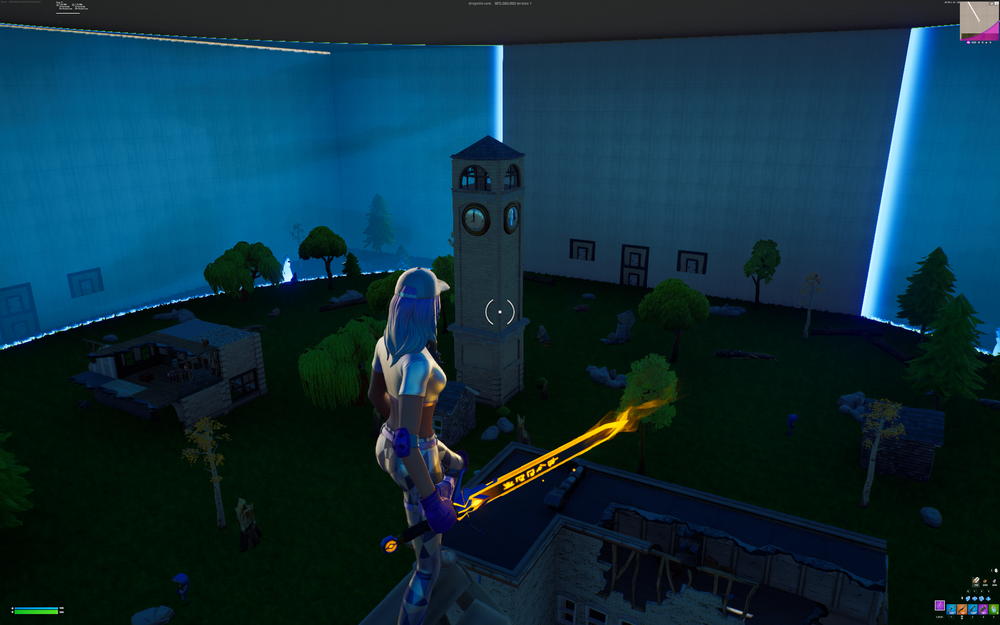 If you just want to practice your combat skills, then this is a simple map you can play on. Small Town Squads puts players in a large open area with little cover to hide behind. The storm forces players towards the center of the map to force the players to run into each other.

The format is simple and to the point, with no unique gimmicks. Just hop in and experience the classic Fortnite!

The Best Fortnite Controller Settings (2022)
When it comes to playing video games like Fortnite, make sure that your controller has the finest settings for key configurations and other features, and you'll move from a novice...
13/06/2022
1653 Views

How to change your Fortnite Username on PC
Likely, you didn't care about your display name when you signed up for Fortnite. As you started to play the game regularly, you thought of some ideas for your display name. So her...
08/06/2022
1916 Views

How To Refund Skins, Cosmetics, and Items in Fortnite (2022)
Of course, people make mistakes and some purchases can be unintended. This is why Epic Games has the best and most advanced refund system in any game, which lets you return items ...
31/05/2022
1914 Views

Where to find UFOs in Fortnite Chapter 3, Season 3
With these updates, new items and things come into the game, or vice versa, leave it. Sometimes old items are even returned to the game. UFOs are one such. Here you'll find info o...
14/08/2022
1105 Views

How To Get Bot Lobbies In Fortnite
Fortnite is full of extremely skilled players. If you’re new to the game, you might think about how everyone is better than you. However, there’s a way for you to join a lobby ful...
11/08/2022
1285 Views
Comments
No comments yet
Please login to leave a comment.
Login
Streams
Live
Streams
Live
Popular