With the huge success, Fortnite Battle Royale has seen in just a few years, it is obvious that people are going to try and rip it off. Naturally, there have been many game developers who have taken inspiration from Fortnite and have tried to create similar Battle Royale games.

In the process, some games ended up with a lack of authenticity, while others successfully made quite a name for themselves.

In this article, we will be talking about five Fortnite rip-offs that are actually fun to play. They are pretty much exactly like Fortnite and can be passed as an alternative to Fortnite. If you get bored and want a different experience, then you should really give these games a whirl.

The Best Fortnite Rip-Offs Till Now

Here is a list of the top 5 Fortnite rip-offs, so check it out: 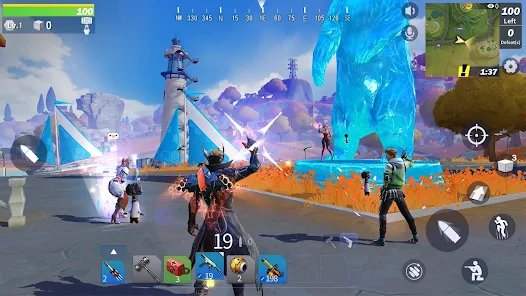 Consisting of features such as the Battle Taxi and building mechanics, Creative Destruction is one of the most obvious Fortnite rip-offs ever. The game map has many locations that are similar to Fortnite, and the looting system also contains chests.

The game is everything you would expect from Fortnite with its own sort of futuristic twist. Developed by Titan Studios, Creative Destruction is an FPS sandbox survival game that features firing as well as building.

The developers of Creative Destruction have copied almost everything from Fortnite except for the graphics. What is interesting is the fact that a few members of the game’s development team have previously worked with Epic Games, the developers of Fortnite.

Despite living under Fortnite’s shadow and being called its rip-off, Creative Destruction did receive good reviews and is still popular among many players. The game runs and looks impressively well and is available on both mobile as well as PC.

When this game was first released, famous streamers participated in tournaments nationally and were promoted. If you are considering playing a Fortnite rip-off, this one is fairly decent, and you will surely have a good time! 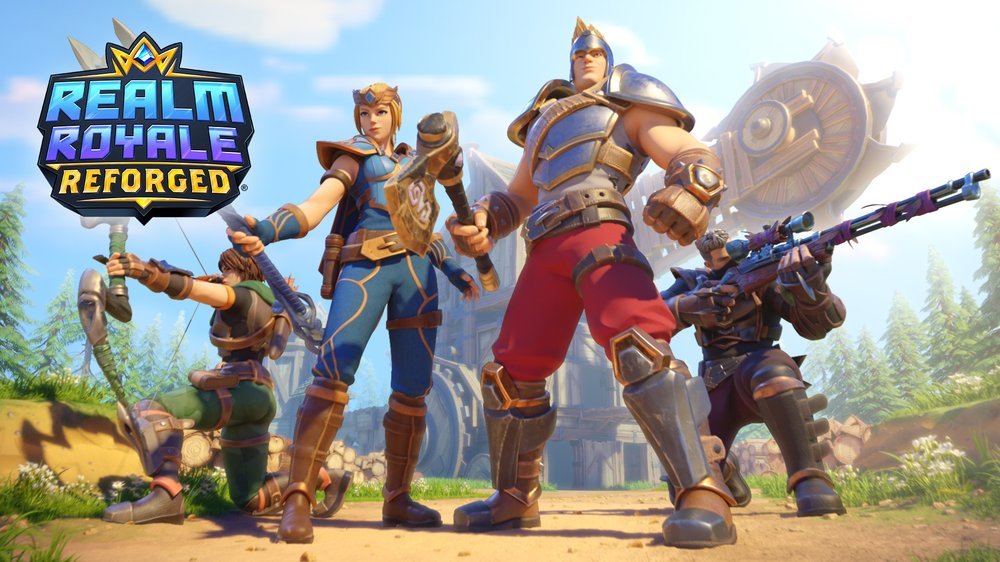 Fans who love the Battle Royale genre must try this game as it is undoubtedly an amazing Battle Royale title. It features catchy graphics and unique meta, including forging, magical abilities, chickens, and classes.

However, many elements within Realm Royale resemble Fortnite, which is why it is also considered a rip-off. Similar to Fortnite, Realm Royale features Battle Pass in the game that offers cosmetics.

Moreover, in terms of features, Fortnite is clearly much more developed than Realm Royale, as it has skins, quests, and multi-platform play, whereas the latter has none of these as of yet.

On the other hand, while Fortnite has a Battle Bus, Realm Royale has an airship. However, Realm Royale offers a wide range of distinctive features that separates it from other Battle Royale titles.

In terms of players, Fortnite has a clear lead since Realm Royale is comparatively new. Graphics-wise, both games are quite alike and offer cartoonish, casual graphics that make them famous among younger players.

Aside from a few differences, it is pretty apparent that Realm Royale is a Fortnite rip-off, but it is quite a good one. If you are a fan of RPGs and want a casual gaming experience, then you will definitely enjoy playing Realm Royale! 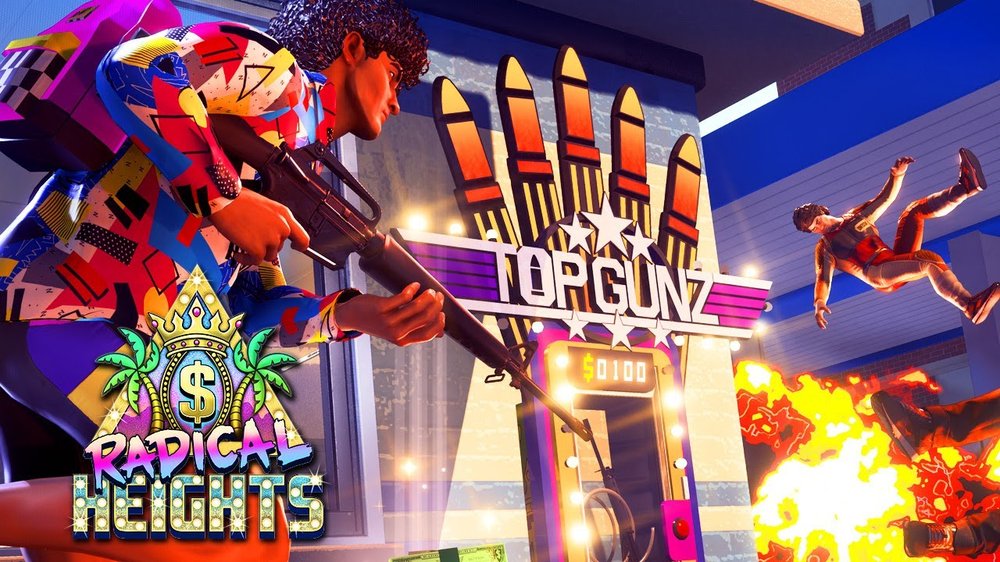 Developed by a former employee of Epic Games, Radical Heights had many elements that were similar to Fortnite. Radical Heights was a free-to-play Battle Royale shooter that was released for Early Access on April 10, 2018.

The game was billed as an 80’s themed action game show and promised no pay-to-win scenarios, with all purchased cosmetics only. In Radical Heights, players participate in high-stakes battle royale gunplay in a sunny SoCal dome.

Moreover, the contestants drove by on BMX bikes or stalked other contestants from the shadows in search of weapons, prizes, and cash. A player could spend the cash on customization in personal prize rooms or use it to buy weapons early in the next game from an ATM.

Collecting and earning a large amount of money was as important as taking down the competition in this game. Like all other Battle Royale games, the goal was to be the last surviving contestant by any means necessary.

Unfortunately, Radical Heights had a short lifespan primarily because the developers rushed its release with poor graphics and optimization. Even though famous Youtubers such as Shroud have played and promoted Radical Heights, it failed to create an impact similar to that of Fortnite. 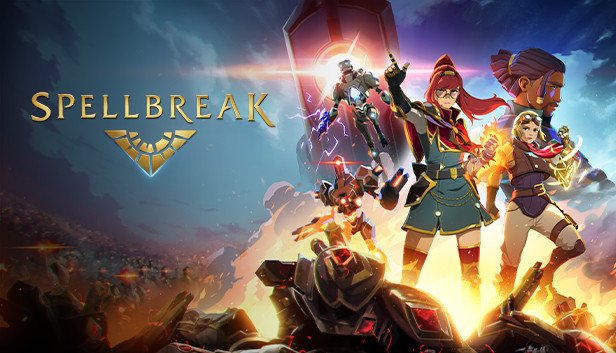 Spellbreak offers its players magic spells and powerful skills instead of typical guns and building. The game features a fantasy-themed map and characters, and the art style is similar to that of Fortnite when seen at first glance.

Spellbreak was developed by Proletariat and is a class-based third-person shooter, unlike Fortnite, which is a first-person. It was released on 3rd September 2020 and is available on all platforms, such as PC, Xbox One, PS4, Nintendo Switch, and more!

It is a faster-paced game than Fortnite and will likely keep you on your toes throughout the match. There are six classes and gauntlets (weapons) you can choose from, along with standard spells, each having different characteristics.

You can soar through the air in Spellbreak and float for a bit without the fear of fall damage, like in Fortnite. It is fair to call this game a rip-off of Fortnite, but it has a lot of its own charm and features as well, which helps it to stand out a little from Fortnite.

In Spellbreak, the spells are scattered across the map like loot in Fortnite, and the looting mechanics are identical in both games. Despite that, Spellbreak is an impressive game on its own that consists of many new and unique features. 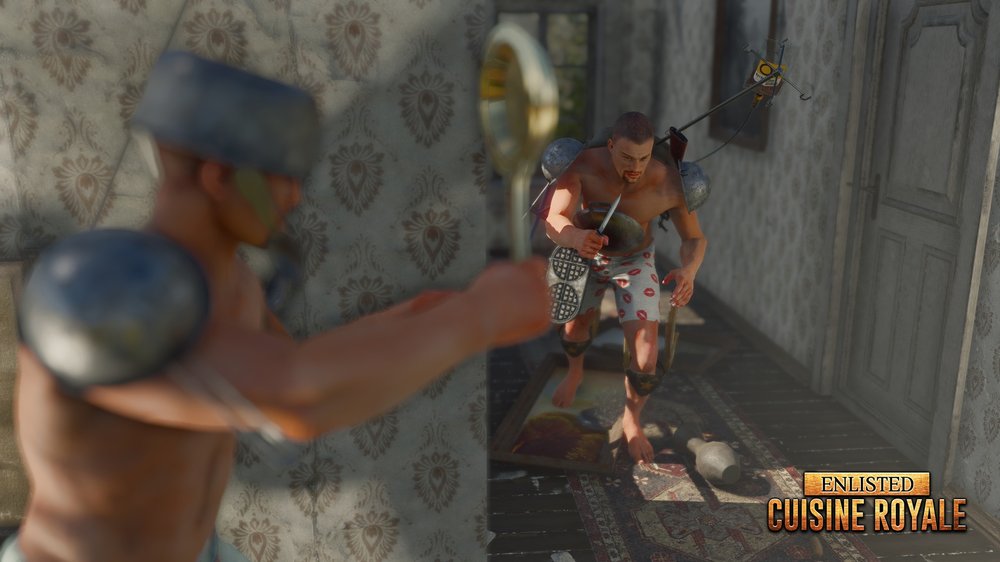 Previously released as an Aprils Fool joke, Cuisine Royale is now available to play on platforms like Steam. The game’s developers initially released Cuisine Royale with absurd gameplay mechanics that mocked other Battle Royale titles such as Fortnite and PUBG.

However, players enjoyed the game owing to its unpredictable meta and graphics. Like all Battle Royale games, the last one remaining alive emerges as the victor of the match. All the players on a map are surrounded by a shrinking ring of death, forcing them to fight each other.

The players use vehicles, weapons, and items they find on the map only to aid them in their battle. However, unlike other battle royale games, Cuisine Royale has no parachuting or insertion phase.

Instead, players are spawned randomly across the map right after matchmaking ends. One can play in both first-person and third-person shooters, but in the latter case, players are accompanied by flying drones.

This helps them to uncover the positions of the other players who peek around corners. Although a Fortnite rip-off Cuisine Royale is an interesting game and is very popular among players who are fans of Fortnite too.

How to get free V-Bucks in Fortnite (2022)
Who doesn’t like free stuff? We all love to get a piece of the pie, from free games to free in-game items. Fortnite is well known for offering a lot of attractive cosmetic items. ...
26/07/2022
1159 Views
Comments
No comments yet
Please login to leave a comment.
Login
Streams
Live
Streams
Live
Popular