In Fortnite, when playing Battle Royale, you jump off a battle bus and then come flying down with the help of gliders. If there were no gliders, it would probably be a looney tunes scene where you become a sticker on the floor and instantly die.

You can purchase these gliders from the Item Shop present in the game. To make the flying experience better and to make an amazing yet discrete entry into the game, there are some gliders that are very rare.

Some people love collecting rare gliders and storing them in their lockers, and they are free to use them in a game whenever they want. We have compiled a list of the rarest gliders to aid you in your rare-glider-collecting journey!

The Rarest Gliders In Fortnite 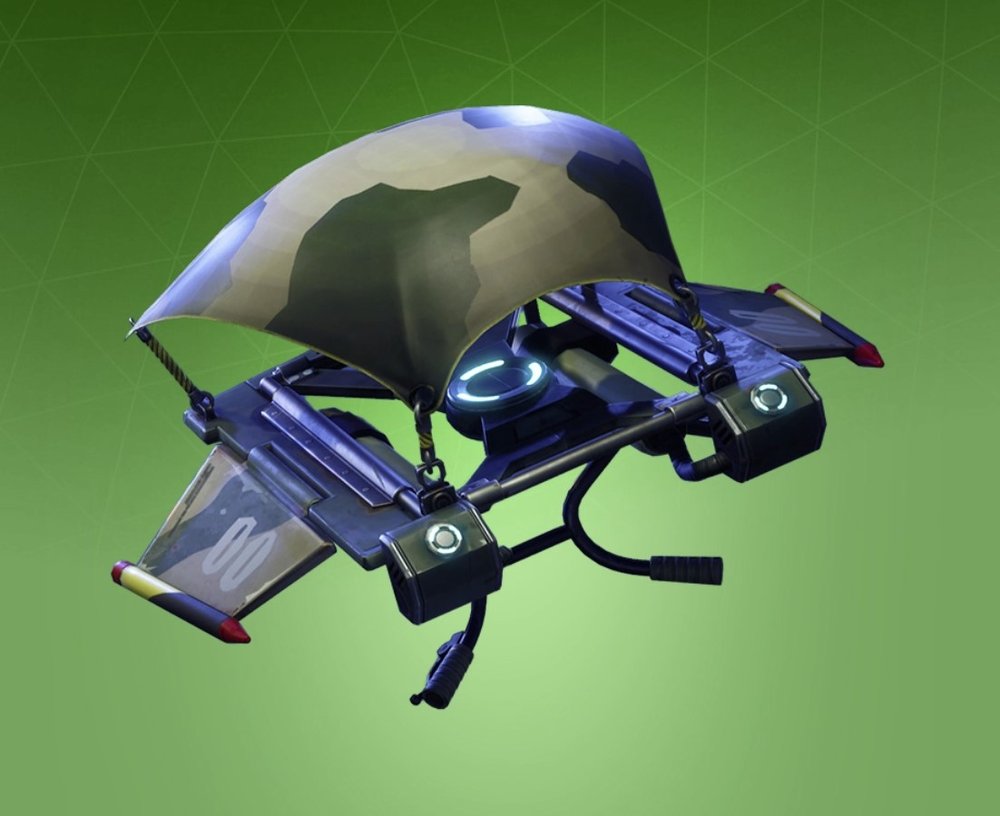 Raptor is one of the rarest gliders that was introduced in Fortnite. Due to its build and look, one might not think that this is one of the most uncommon gliders at all. It gives off a very common vibe when you look at it for the first time.

It was first released in Season 1 of Fortnite back in 2017 and then appeared again in August 2018 in the Item Shop and could be bought for 500 V-Bucks. Since then, this glider hasn’t been seen but keep a look out since it might come back anytime.

Last Appeared in-game: This glider last appeared in Fortnite on the 5th of January 2019. 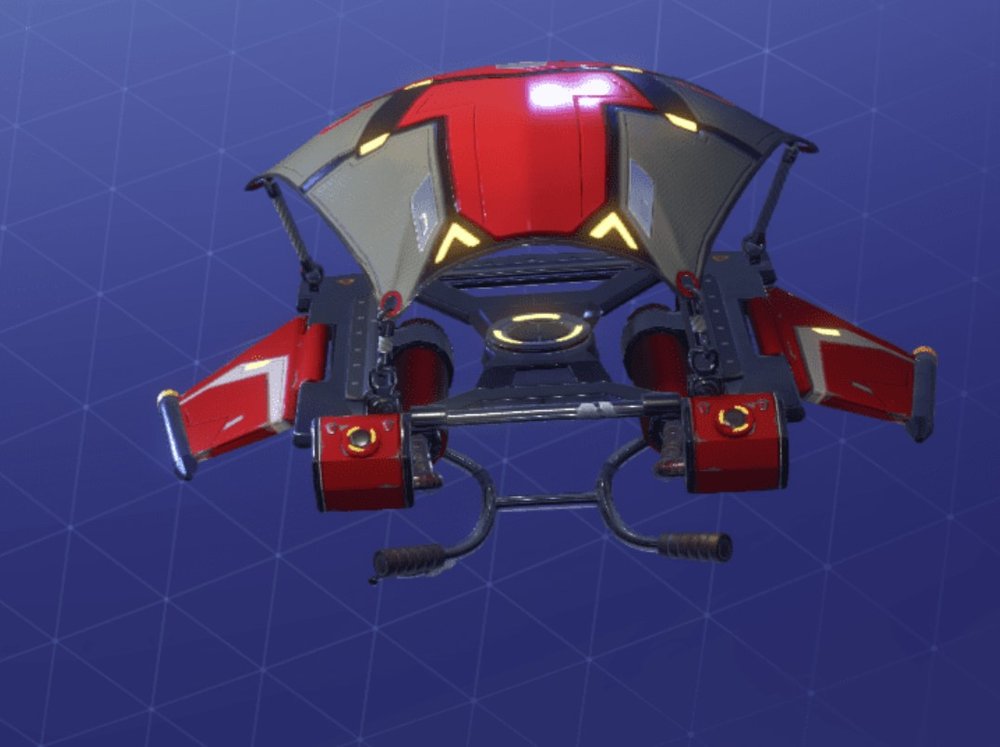 Mainframe gives off a pretty stylish and classy look, and it just looks like someone Iron man would use if he ever played Fortnite. This game was first released on 13 April 2018 and could be bought for 500 V-Bucks.

Mainframe is a glider that was a part of the Overclocked set and was added to the game in Season 3 of Fortnite. It hasn’t been seen for some while in the Item Shop, which proves that it is indeed a pretty rare glider and the ones who have it are lucky they got their hands on it when they did! 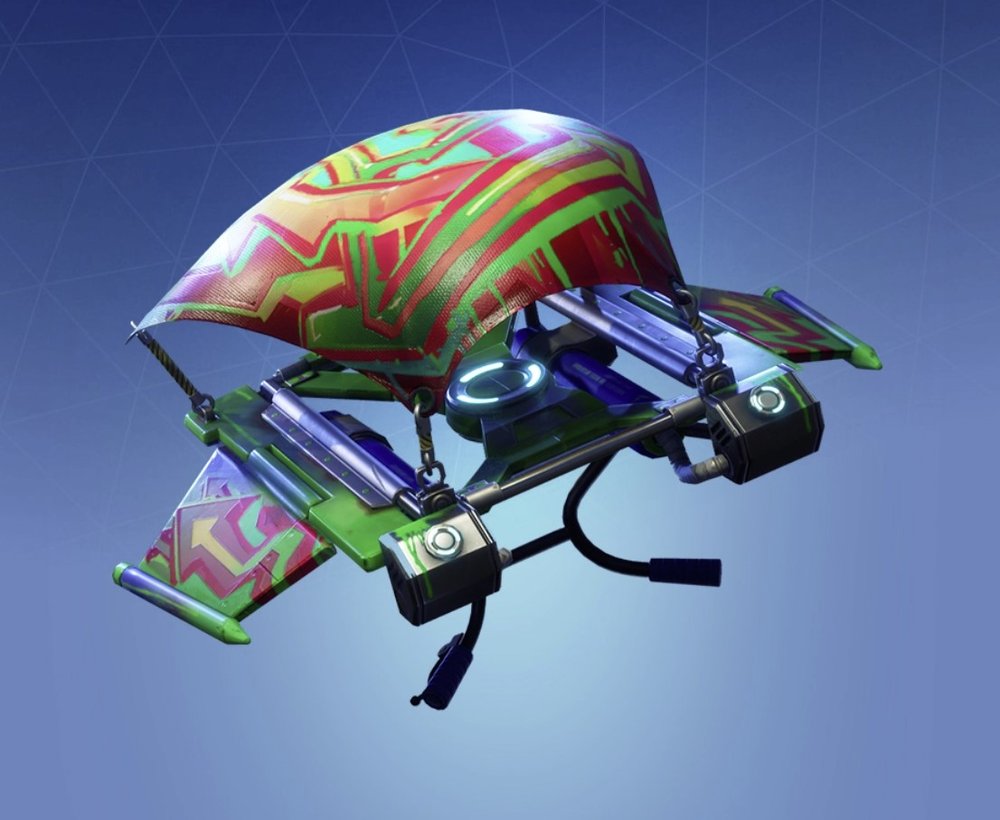 This 800 V-Bucks glider was first released on January 2nd, 2018, during Season 2, Chapter 1. Zephyr has a unique coloring pattern with blue, green, orange, and red in the mix, so you would definitely stand out when descending on this specific glider.

Moreover, it has a graffiti style on the top, making it one of the prettiest gliders of Fortnite. Anybody coming down on this bad boy would make the others jealous due to its unique look and amazing design. Zephyr is the perfect embodiment of “Glide with style.”

Last Appeared in-game: It was last seen on 29 January 2019 in the Items Shop. 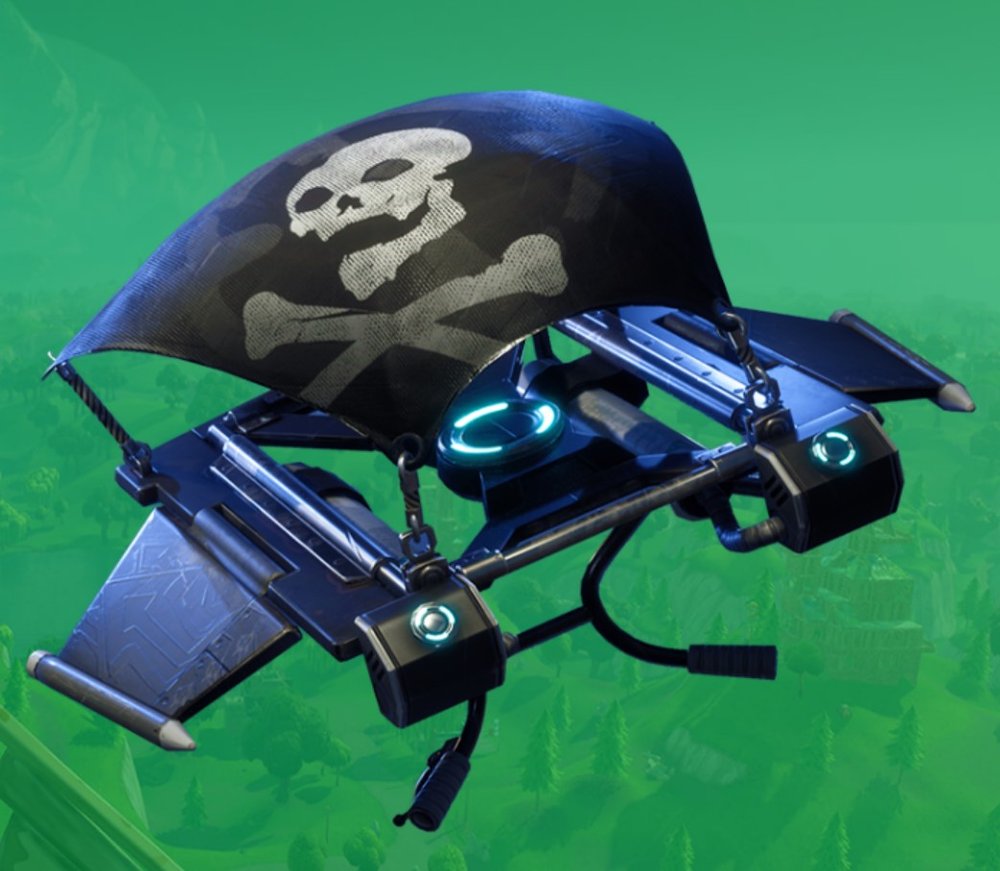 Just listening to the name of this glider sends a chill down the spine. Its look is deadly yet classy and gives off the vibe of a pirate ship due to the skull and crossbones design on its surface. Jolly Roger first appeared in Fortnite on 22nd December 2017 in Season 1, Chapter 1 and could be bought for 500 V-Bucks.

A glider like this is extremely uncommon, and anyone descending alongside it would be forced to change their path due to its lethal design. This glider is definitely worth having in your lockers just so you could scare a player or two. 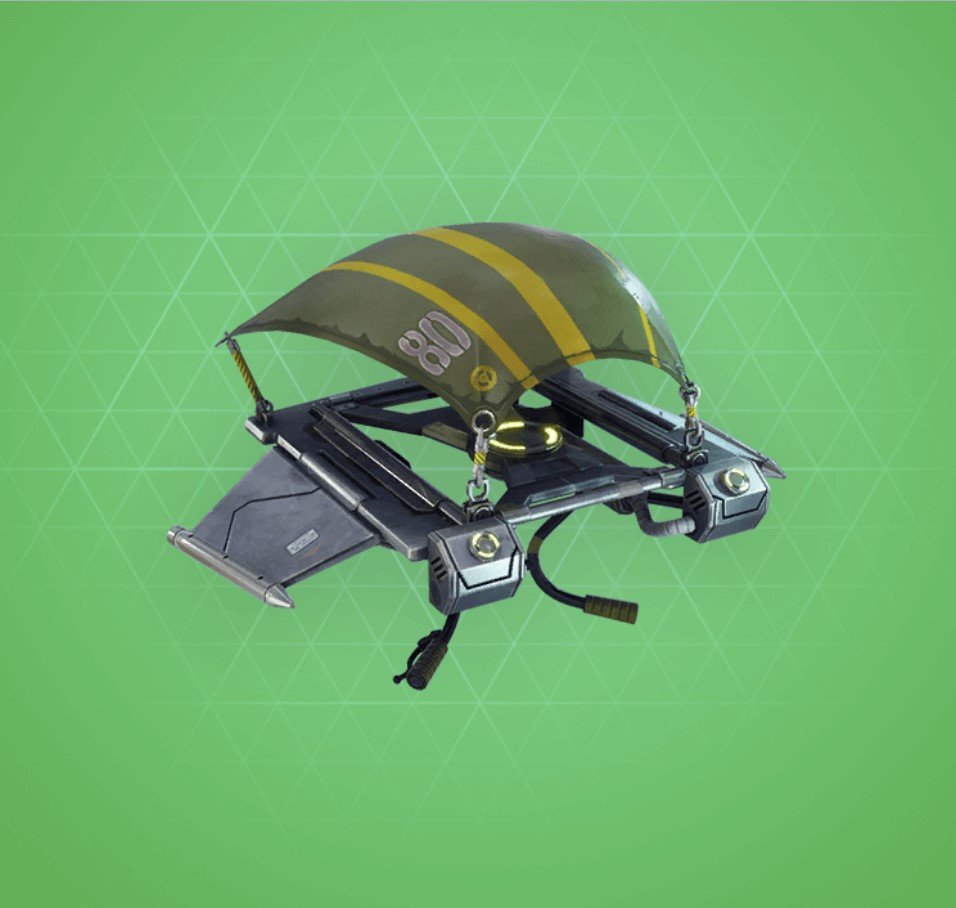 Solid Strider is a very rare glider whose design is much similar to the Raptor and isn’t that good-looking or eye-catching. It was released on May 11th, 2018, during Season 4 of Fortnite, and it has been almost 1297 days since it was last seen.

It can be purchased, once it reappears, from the Item Shop for 500 V-Bucks. Due to its poor design, many players refrained from using or buying this glider. 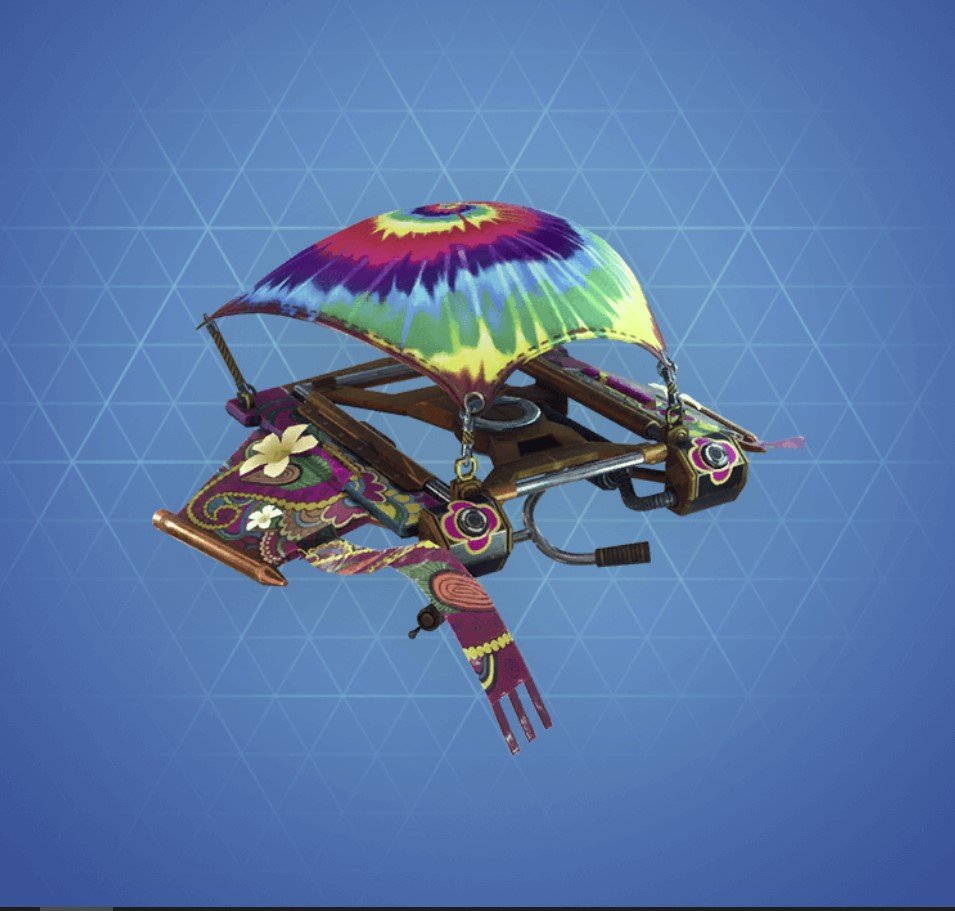 With everything so dry and soulless these days, Tie-dye Flyer has brought some color into our lives with its colorful design. This specific glider belongs to the Flower Power set and was released on September 22nd, 2018, in Season 5 of Fortnite.

It was available in the Item shop for just 800 V-Bucks. So far, there have been only three occurrences of this multicolored glider, but we are hoping for at least a few more so we can store it in our locker too. This rare glider is definitely a cosmetic that one should possess. 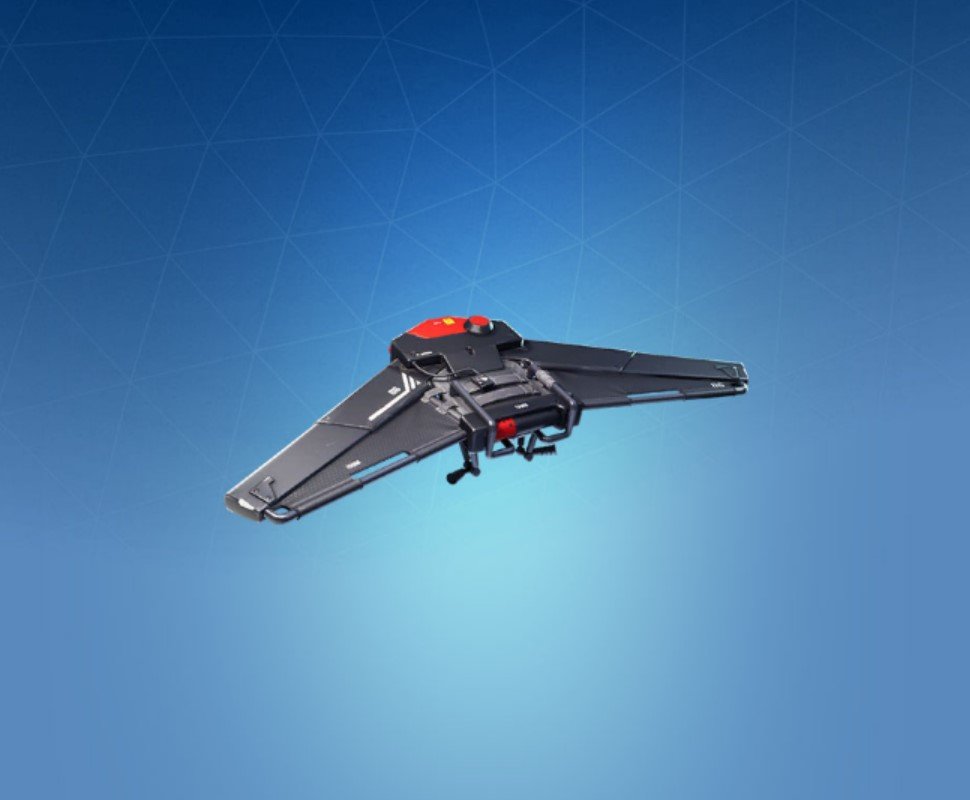 Pivot is one of the rarest gliders on Fortnite, which was released on March 3rd, 2019, during Season 6,  and belongs to the Counterattack set. It can be purchased from the shop for 800 V-Bucks.

This glider has a very sleek and robotic style with simplicity as its strong suit. The color combination of red and black gives it a very cool look. Players who like simplicity with a hint of awesomeness should try to get their hands on the Pivot glider! 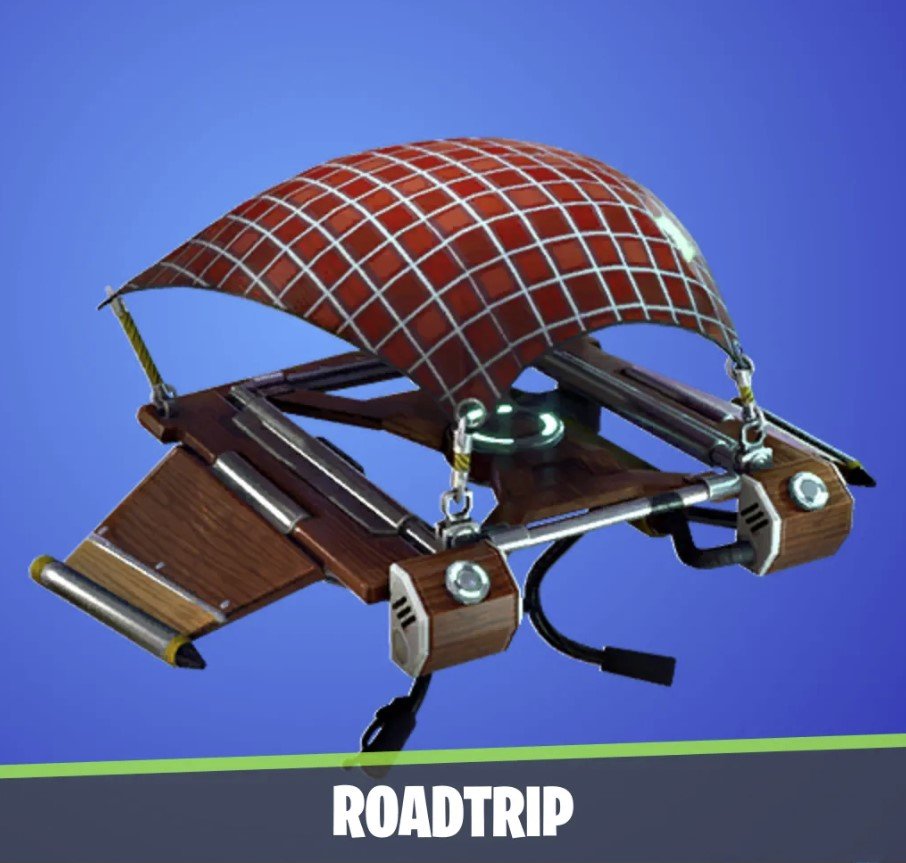 Roadtrip glider is a pretty uncommon glider and can be bought for 500 V-Bucks. It was first added to the game in Season 1, 5th November 2017. This glider is wooden from the sides, whereas the top of it is checkered and gives off the vibe of a picnic cloth.

Although this glider might not be very appealing to some players, there are some who have collected it due to its rarity. Buy this glider and be ready for a battle snack with Fortnite’s first picnic-ready glider! 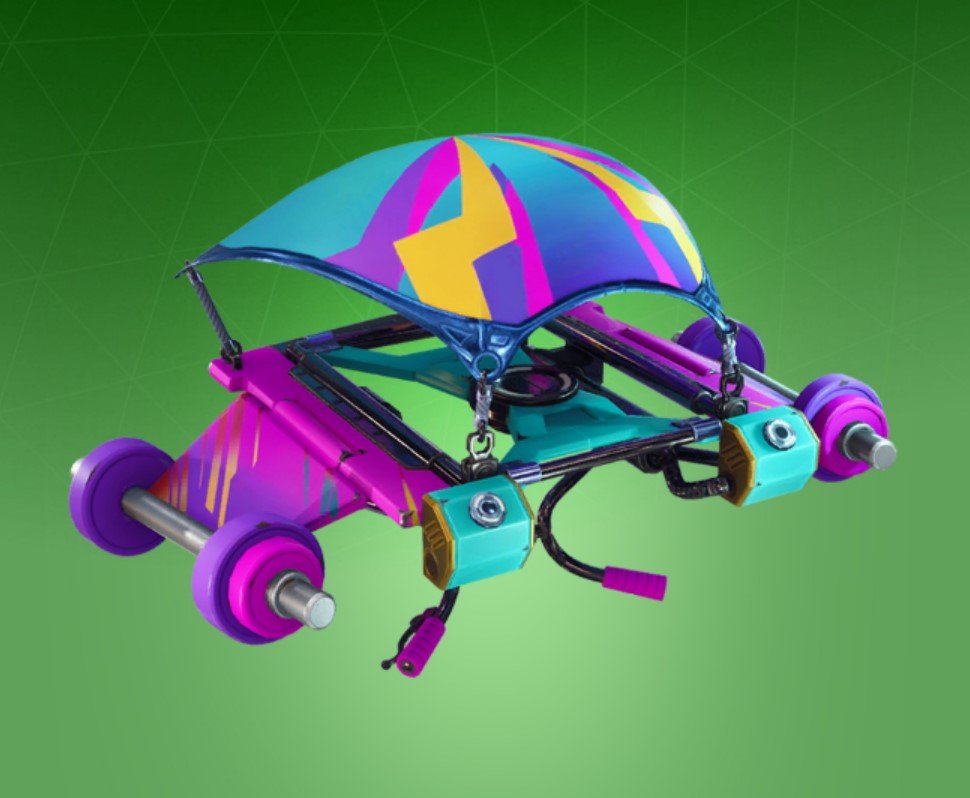 This rainbow-colored glider came flying into our games during Season 5 of Fortnite. This glider is a colorful glider skin that adds a pallet of color in shades of blue, purple, and violet. It can be bought for 500 V-Bucks from the Item Shop.

The Windbreaker was a part of the Spandex set, and the look of the dumbbells on its sides tells us it spoke more with the gym-going folks out there. The added weights do not affect its acceleration or performance whatsoever.

Last Appeared in-game: The Tusk Glider was last seen on 11 April 2018 in the Item shop. 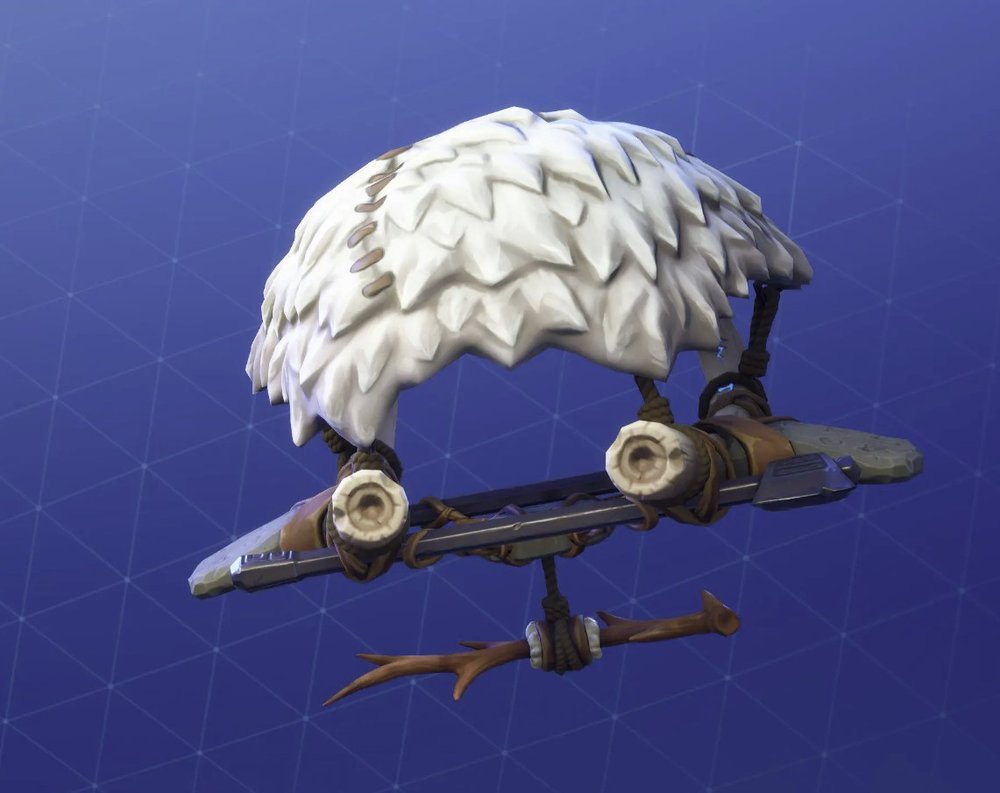 This rare glider belongs to the Primal Hunter set and consists of white wool on its top. This glider reminds us of the time of hunters and gatherers of the olden times. You can buy the Tusk Glider in the shop for 500 V-Bucks once it becomes available.

It was first introduced in Season 7 and is an awesome glider to choose to glide across the maps of Battle Royale. Due to its rarity and uniqueness, you can flaunt this glider to your friends and fellow gamers!

All New and Unvaulted Weapons in Fortnite Chapter 3, Season 4
Sometimes old items are even returned to the game. With a new season, number four in Chapter 3, there were added new and unvaulted guns in Fortnite. Here you will find a full list...
18/09/2022
865 Views

Best Fortnite Squid Game Map Codes
Are you a fan of Squid Game? Check out this article to find the best Squid Game maps in Fortnite Creative and their Map Codes!
04/09/2022
1956 Views