This article is for the ones who like to show off and want their opponents to be scared of them even before they face them. The term Sweat is used for the people who try so hard in a game that they start sweating in real life from just playing.

These players are identified by their clever building maneuvers, well-played shots, and excellent playing styles. If you are a pro player or want to detect a pro player in a match so you can stay far away from each other, then you should know more about Sweaty Skins.

Seeing how so many people were trying so hard in a game, Fortnite introduced sweaty skins into the game. These skins don’t have any advantage in the game per se, but they are easy to spot on a battlefield.

They are also small, which gives the players a chance to be the last ones standing and earn a Victory! These skins develop the title of being sweaty as they were either used by a pro player/streamer, or they are one of the rarest skins to obtain.

To avoid pro players on the Battlefield or to show off, the following list consists of some of the Best Sweaty Skins released on Fortnite.

Check out the following 10 Best Sweaty Skins In Fortnite: 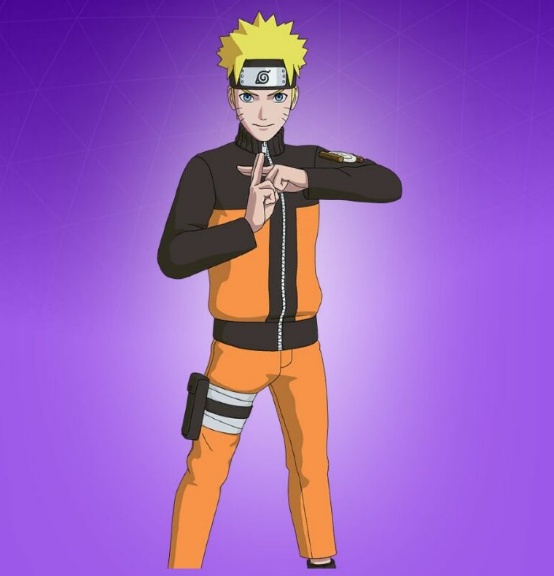 Who else to place on the number one spot than our most favorite from the Naruto series? The Naruto skin became instantly popular as soon as it was released, with squads dressing up as characters from the anime Naruto.

The Naruto Uzumaki skin is an Epic Fortnite Outfit from the Naruto Set, which was released in Season 8 Chapter 2. Grab this skin from the Item shop for 1,500 V-Bucks once it becomes available.

You might want to stay away from the person who is wearing the Naruto skin because that player sure means trouble and might turn you into a crisp! Also, if you are that player, then you are sure to be on your way to one of the most famous Battle Royale Victories. 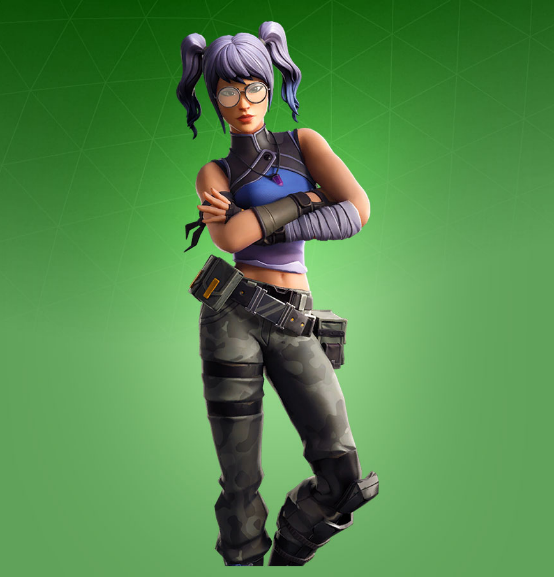 The Crystal Skin started its road to being famous when Bugha, the winner of Fortnite World Cup Trophy 2019, started using it a lot. After that, all the sweats wanted to get their hands on this savage skin and could easily purchase it for the price of 800 V-Bucks.

Crystal was released in Season 10 Chapter 4 of Fortnite, and is an Uncommon Fortnite Outfit which means it rarely arrives in the Item Shop. The Crystal skin consists of camouflage jeans, a tank top, and a girl wearing glasses and two ponytails.

Giving off a nerdy yet sassy look, it is no wonder this skin became popular among the players. It is also pretty inconspicuous, making for a very hard target and can’t be easily shot at. Are you looking for a sweaty skin capable of getting you to the end? The Crystal Skin is what you should go for, then! 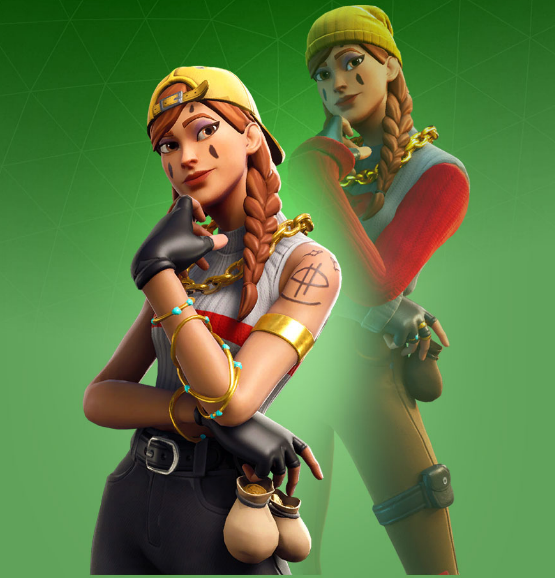 Be prepared for a good fight if you come across the Aura Skin on a battlefield, as it is sure to give you hell. Soon after its release in Season 8 Chapter 1, Aura became a fan favorite among the pro players.

Moreover, Aura’s gangster style and money-themed gear has attracted the likes of pro players and sweaty gamers. It is also available in two different styles, each one cooler than the last. The Aura Skin can be bought from the Item Shop for 800 V-Bucks once it is available.

Since it is an Uncommon Fortnite Outfit, you will have to wait for some time before you can go and buy it. Be sure to keep checking the Item shop to see if this skin has arrived or not! 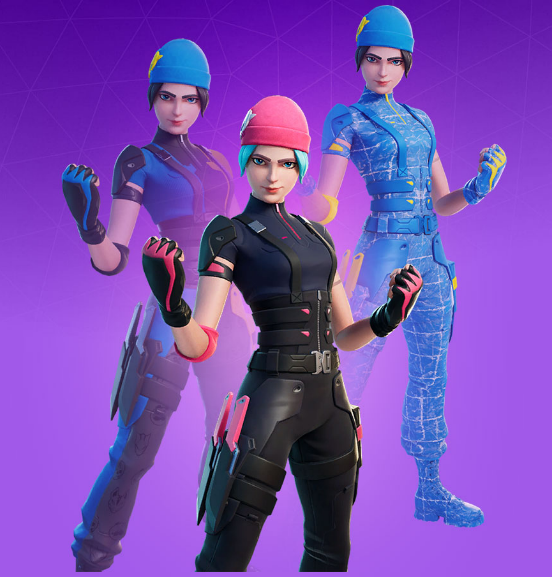 The Wildcat is quite possibly one of the most expensive sweaty skin in Fortnite since it is tied to a Nintendo Switch bundle. This means that it does not have a price tag in V-Bucks! Switch users, however, can buy the Wildcat bundle and 2,000 V-Bucks.

The Wildcat skin is an Epic Fortnite Outfit that belongs to the Fleet Force Set and was first added to the game in Season 4 Chapter 2. Apart from this skin, the set consists of Squad Sail Glider, Electri-Claw Harvesting Tool, and a Sleek Strike Back Bling.

This skin means serious trouble for anyone who encounters it due to its build and looks. The blue hair and beanie matched with the black outfit are brilliant, giving off an icy yet scary vibe. The daggers on the side of WIldcat’s thigh are enough to keep people away. 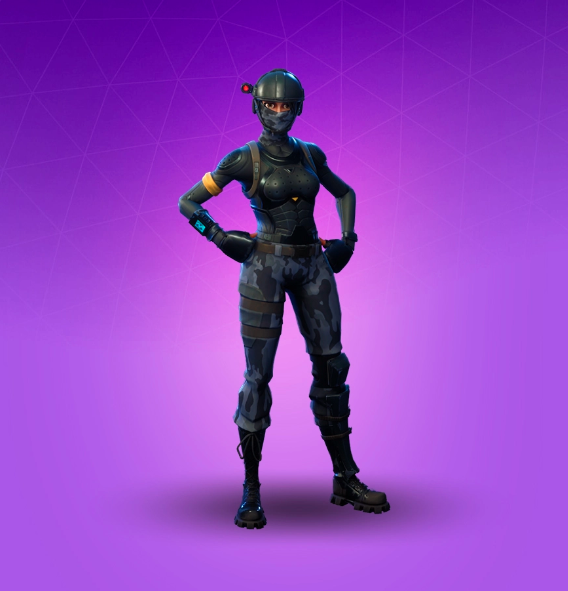 The rarity and age are what make the Elite Agent skin one of the sweaty ones, as it was a tier reward during Season 3 of the Fortnite Battle Pass. Players wearing the Wildcat skin are a sign that they have been around for a long while and have a lot of practice with the game.

This skin has very slim chances of returning to the game, and the players who bought it when it was released are lucky. The Elite Agent skin was one of the first skins to feature different styles and was a part of the Black Vector Set.

This skin is a sleek dark gray-themed combat suit, so if you are into that spy-styled military theme, then this would have been a good skin for you! 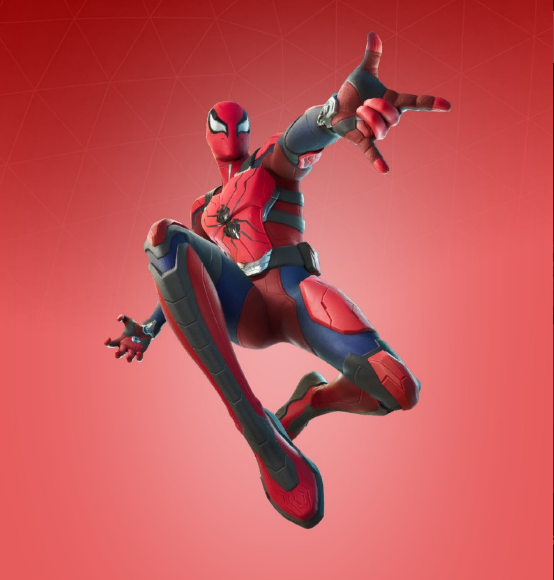 It is time to talk about our favorite superhero who made it onto the sweatiest skins list! Spider-Man got this position not because of his rarity but because of his looks alone. This skin was released in Season 3 Chapter 3 of Fortnite.

This skin is a part of the Zero War Set, and players can purchase it from the item shop for 1,500 V-Bucks. This skin features various bonus styles that can be attained by hours of grinding. If you see a player wearing the Golden Spider-Man Outfit, steer clear of them as they must have spent hours getting that skin and are very skilled. 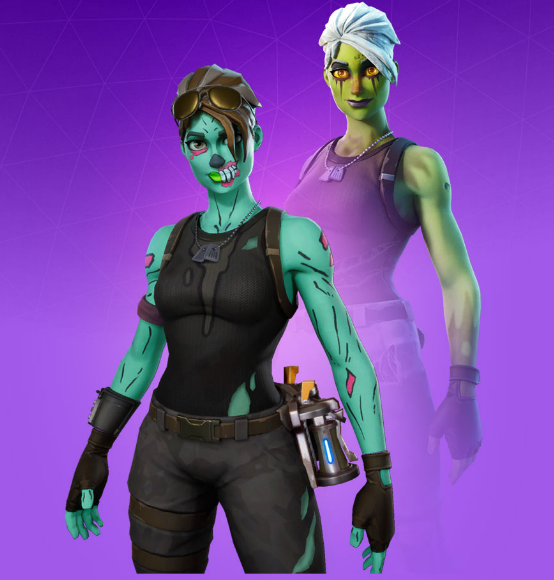 The Ghoul Trooper Skin is an Epic Fortnite Outfit that was released in Season 1 Chapter 1 of Fortnite. It can be purchased from the Item shop for 1,500 V-Bucks once it becomes available. Also considered one of the rarest skins, the Ghoul Trooper skin arrives in the item shop every Halloween.

It was one of the first event skins and is preferred by players who have been playing the game for a long time. Although the original version of Ghoul Trooper is not available anymore, you can get the re-tuned version which was released in 2020.

Two different styles were released for this skin, and it also came with a Bear Brained Back Bling. 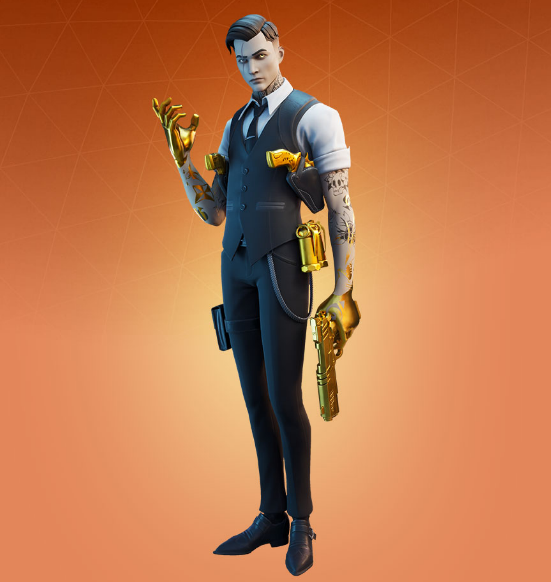 The Midas Skin is a Legendary Fortnite Outfit and belongs to the Golden Ghost Set. Midas was available via the Battle Pass during Season 12 and could be unlocked once the player reached Tier 100. The try-hards only care about going for the victories or the gold.

Once the Midas skin was released, the sweats purchased it immediately, along with its three other golden styles. This rare find in a player’s locker gives off a very classy yet tough look. 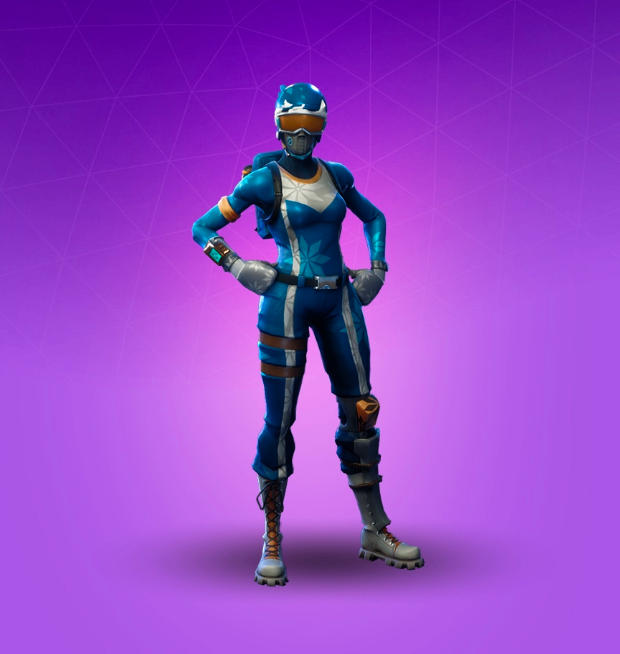 The Mogul Master skin is a highly customizable skin, just like the soccer skins, and they are another great choice for the sweats. This sweaty skin is an Epic Fortnite Outfit belonging to the Winter Ski Set that was released in Season 2 Chapter 1, during the Winter Olympics.

It can be purchased from the item shop in Fortnite for 1,500 V-Bucks once it is available. While it was a rare sight to see in the shop, the Mogul Master Skin is becoming more often now than ever.

With a Mogul Ski Bag Back Bling attached to the back of the Mogul Master Master, this skin is the coolest one for the sweats. 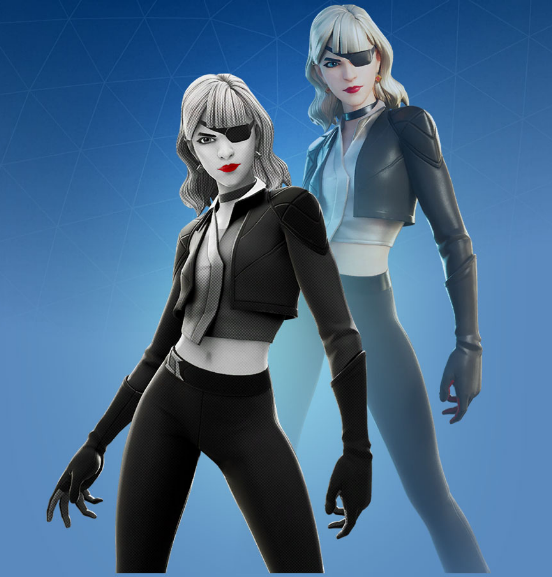 The Siren Skin is a Rare Fortnite Outfit that is a part of the Hit Squad Set that was released in Season 2 Chapter 2. Once listed, this skin can be bought from the item shop in Fortnite for 1,200 V-Bucks. This skin instantly became famous among sweats due to its lethal nature and its ability to be inconspicuous.

Siren is available in two different styles, giving off a scary vibe with an eye patch. One must not mess with Siren if one wants to live! The Hit Squad Set consists of Xo Axes Harvesting Tool, Reflex Blades Harvesting Tool, and a Pelt Pack Back Bling.

NA vs EU Champions Duelist Comparisons
I walk you through some key statistics for the duelist players of NA and EU ahead of Champions.
01/12/2021
1792 Views

How To Gift Skins And Items In Fortnite
Want to send someone a gift in Fortnite? Check out this article to learn how to send gifts and items to your friends in Fortnite!
24/09/2022
1028 Views

10 Ways to Level Up Fast in Fortnite - Chapter 3 Season 2
So, you must level up as much as you can to reap as many battle pass benefits as possible. Though this can feel like a daunting task, we’ve got a few ways how to get XP fast in Fo...
26/05/2022
1960 Views
Comments
No comments yet
Please login to leave a comment.
Login
Streams
Live
Streams
Live
Popular