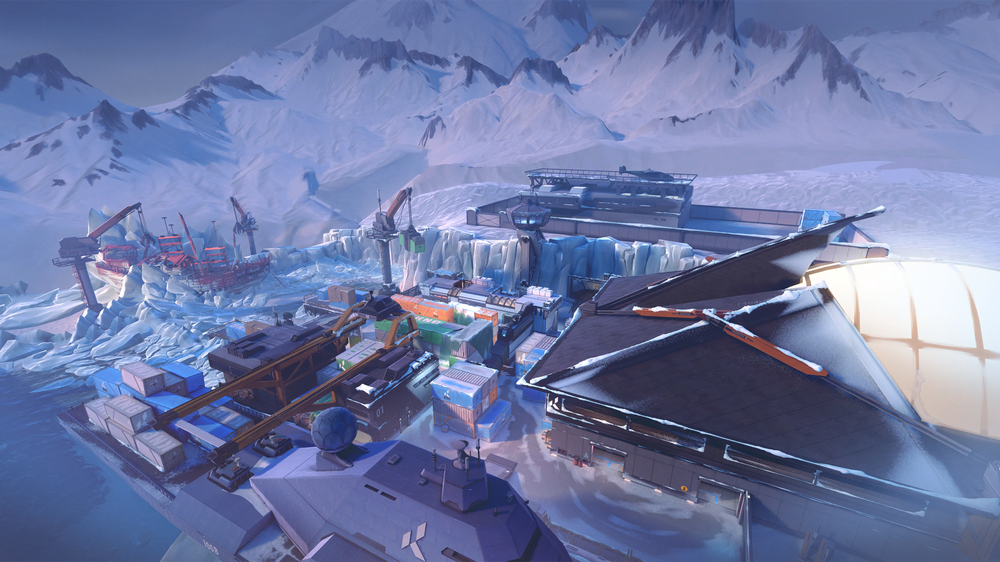 Next up in our series of map guides we take a look at Icebox. Love it or hate it, it’s a staple of VALORANT and certainly is one of the most popular maps in pro play. In this guide, I’ll give you all the information you need to dive right in and level up your game on Icebox.

Understanding the basic callouts is essential for every map in every rank, being able to give accurate information is crucial to your team's success. 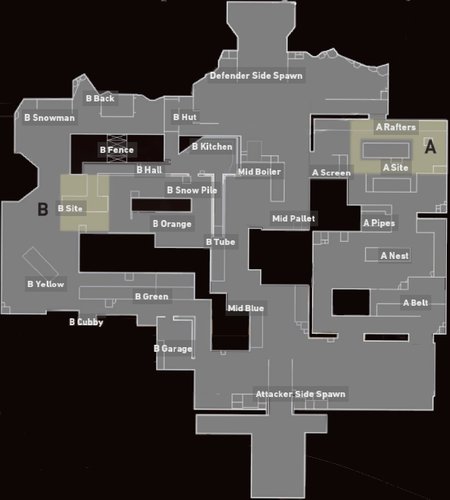 These are the key most important callouts for Icebox that you absolutely need to understand. If you want a more in-depth breakdown of all the callouts be sure to check out our Valorant Icebox Map Callouts Guide.

Every map in VALORANT has some kind of gimmick to make it unique. On Icebox it’s the unique ropes on each site. While the B site rope acts more like an elevator to get on top of the site, the A rope is a little more different as it lets you zip across into the A site. 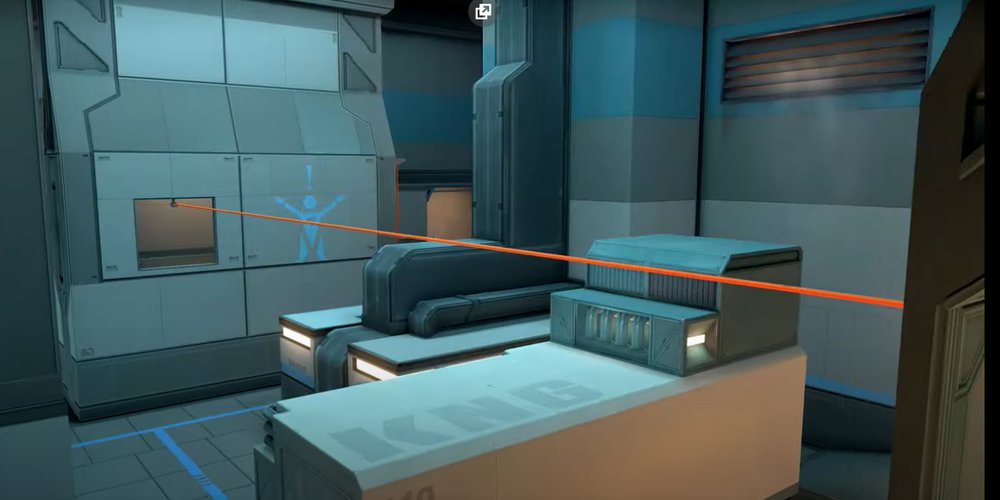 These ropes are designed to add both elevation and speed to each site. You are surprisingly accurate when you are on these ropes so take advantage of these. If you have any doubts on their effectiveness, just watch how Asuna from 100 Thieves uses them to traverse the A site, getting him a sweet ace.

While the B rope is less flashy it allows you to plant on top of the site which can be really powerful.

The sites in Icebox are a complete contrast to each other in terms of space. A site is like a maze with a huge amount of boxes and walls to hide behind. While defenders have a lot of cheeky places to hide, the fact it’s so closed often means that it’s quite easy to attack without smokes, making it rather unique. 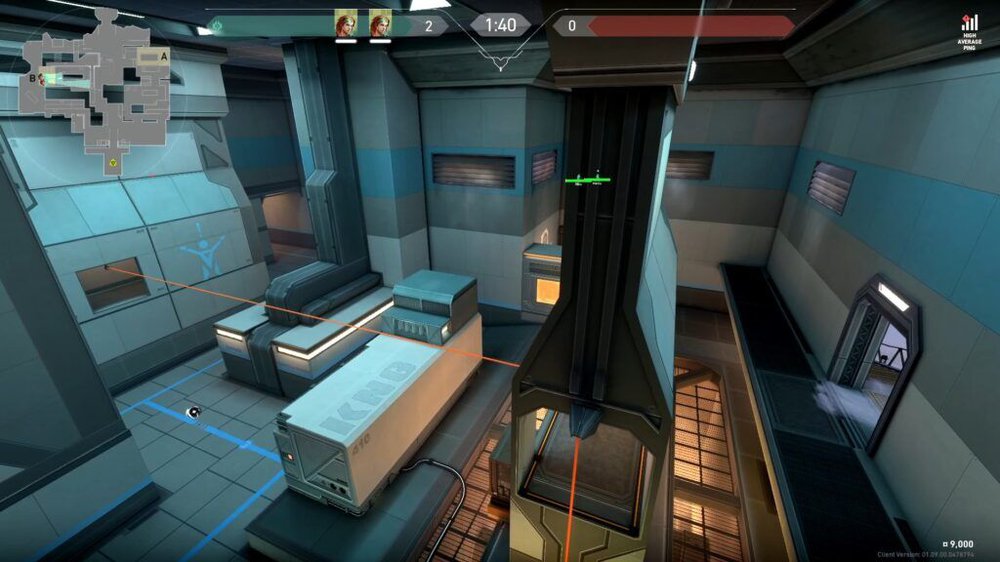 Typically, we see a sage wall off backsite to funnel the retaking defenders to you (and creating even more angles for you to hide behind). One of my favourite tricks is to plant on top site. It’s one of the most open plants you can do and you’ll often get nice sound cues for when they’re going to defuse as they have to take the rope to get up there.

B site is the polar opposite of A. It is wide open with incredibly long sightlines. Typically defenders will play more to stall on this site putting down mollies to stop the plant. 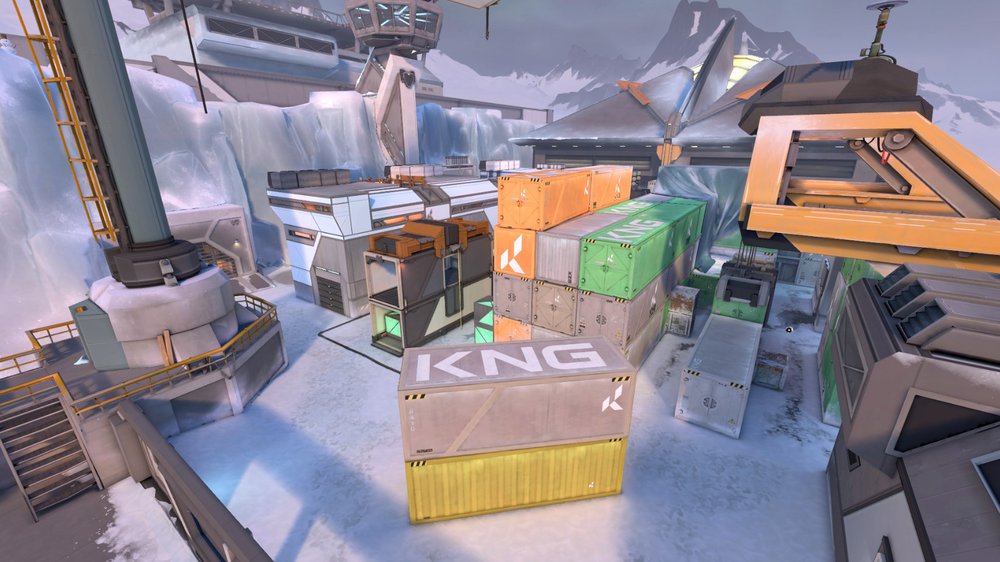 Because the space is so open, it’s very common to have to use a Viper wall to cover all the angles and then cover yourself with a Sage wall as you plant. It’s often a struggle to get the spike planted but if you do, life is very tricky for the defenders. Also, don’t be surprised if you see an Operator playing around here.

How to attack on Icebox?

Icebox is considered one of the more attacker-sided maps in the game, partly due to its size. It takes a long time for defenders to rotate across from one side to the other so make sure to use this to your advantage.

When attacking A, it’s important to use the utility you have to clear the angles properly. Make sure you follow in the Sova drone or use a molly to cover those tricky locations. A lot of times they’ll be someone trying to catch you out in a difficult location and good utility usage will punish that well. We often see pro teams attack A really quickly because it can be really hard for defenders to stop without them being on the site itself.

Trying to attack the B site is much more difficult. As I mentioned before it’s often key to have a Viper wall to cut off those long angles as otherwise you and your team are very exposed. The Sage wall will give you an added layer of protection to cover your plant but it’s important that the whole team are helping by holding angles that the planter might be open to. A few basic lineups can go a long way in this post-plant too as buying time is very important. A lot of times attackers will sit on Green or behind Yellow and this is quite predictable. Make sure to have someone lurking to catch them off guard and create an added bit of pressure. 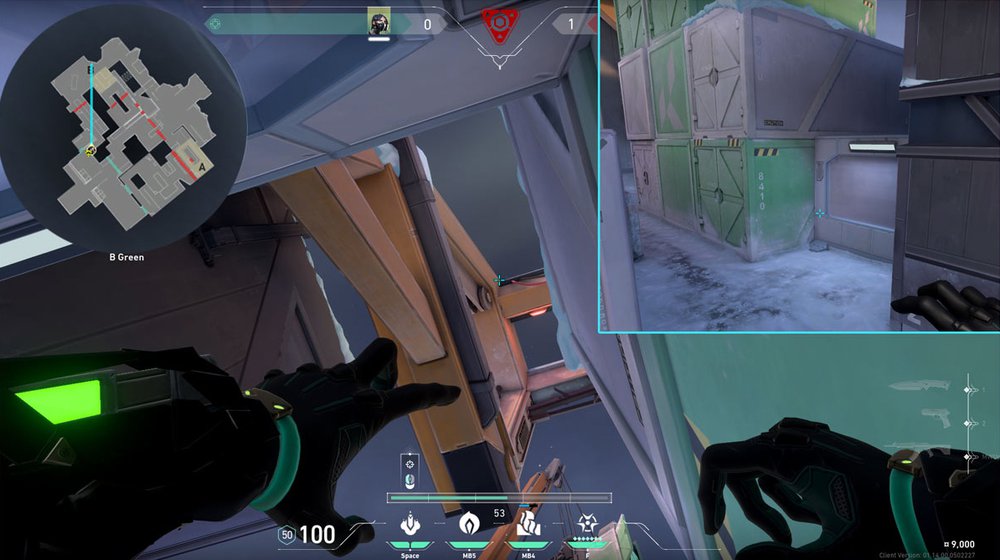 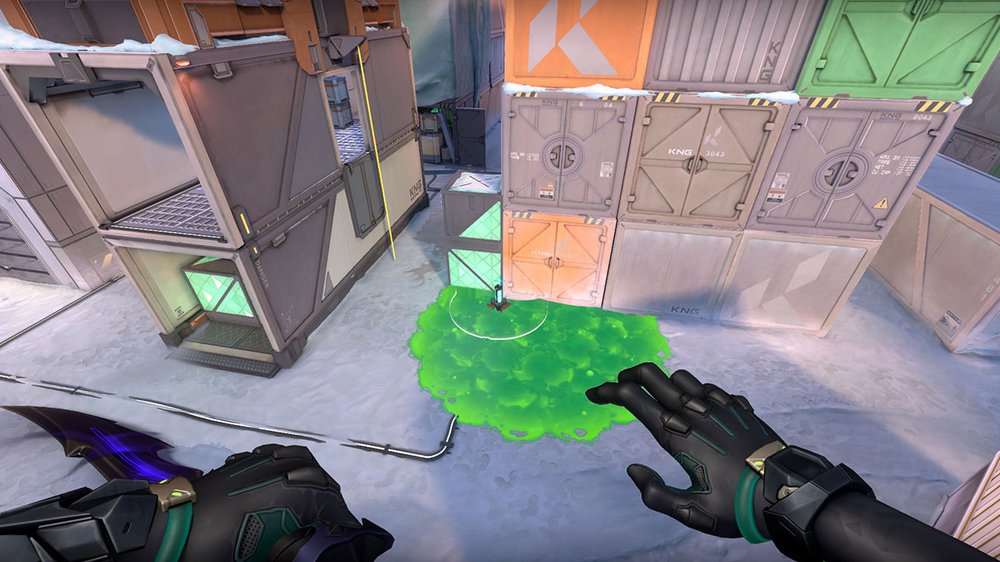 How to defend on Icebox?

While defending on Icebox you are technically at a disadvantage but there are lots of things you can do to minimise this. Firstly, this is a very good map to use the Operator on (especially as Jett). There are so many tricky angles and boxes to stand on that the attackers can’t predict it correctly every time. The Operator is also a great counter to teams who like to rush so if you feel like you’re losing to this, save up to try and bring out the big guns.

It’s also very important to have good control of mid while defending. If left unchecked, the attackers will have a plethora of options to split attack B site or even worse get all the way through to A to shoot your players in the back of the head. One of the most simple and effective ways to deal with this is to vertically place your teams Sage wall in tube. This blocks off a whole lane and means one player on their own can watch mid, allowing for a stronger presence towards the sites.

Contrary to popular belief it IS OK to push on defence, especially as the more aggressive duelist characters. Unless you have lots of tools to gather information (e.g multiple initiators) you often need to push to gather this information manually. If you’re playing Jett or Reyna don’t be afraid to walk up and you can always leave if you feel too much pressure.

What agents are good on Icebox?

In terms of agent composition at the pro level, Icebox is by far the most rigid map. This is the most played lineup (by far).

The only other notable composition swaps out the Reyna for a Killjoy. If you’re looking to improve your win rate on Icebox I would wholeheartedly recommend that you stick to these 5 (6 including Killjoy) agents. They’re well tested by the best players in the game so you know that they’re always going to be good. There are also plenty of videos and streams of these agents on the map so you can easily find new things to add to the game.

My personal recommendation is always going to be Viper here. As far as controllers go she is ESSENTIAL and no other alternative will do. Being able to cover all the sightlines on the B site is just too essential. I also think Sage is good as ensuring the spike plant is obviously important.

Personally, I think Icebox is one of the more fun maps to play and hopefully, after this guide, you’ve got all the tools you need to dive right in and start winning on Icebox.

How To Win Eco Rounds In VALORANT
Want to know some effective tips for winning Eco Rounds in Valorant? Check out this article as it might be exactly what you need!
18/12/2022

Vision Strikers Pistol Round Strategy
Take a look at how Vision Strikers conduct an excellent pistol round. They have a solid plan with planned adjustments to Ascend's actions as well as good individual skills to make...
05/10/2021

Is Valorant Cross-Platform?
As Valorant is highly regarded as one of the best video games today, it’s no surprise that some people may want to see if it can be accessed on their own devices other than PC. To...
22/05/2022

How Cloud9 White Dominated Game Changers
I take a look at the colossus that is Cloud9 White. They've topped the female and marginal gender scene for some time and I breakdown how they've become just so dominant on Bind.
04/10/2021
Comments
No comments yet
Please login to leave a comment.
Login
Matches
Upcoming