How To Play Deathmatch To Improve Faster?

How to ACTUALLY play deathmatch?

VALORANT’s deathmatch is not the best, in fact, it’s one of the worst implementations as far as the community has expressed their voices. Because of that deathmatch is often played incorrectly to a point where you can virtually gain nothing but tilt and madness. In this article, we will tell you about the best ways to ACTUALLY utilize deathmatch and improve your aim using it.

Rules Of Improvement (What NOT To Do)

For us to utilize the in-game training tool deathmatch, we will need to explicitly follow a set of rules that can ensure we improve and play the game mode properly.

But before we set those rules to follow, we will give you what you SHOULD NOT do in a deathmatch. Doing any of the actions we’re going to list is going to cause a lot of bad habits and will never guarantee you any improvement in-game:

Crouching is a useful mechanism but it can severely damage your ability to actually aim or “one tap”. What you won’t understand is, by crouching you could get away and get a lot of kills but just because you’re getting kills in a deathmatch it doesn’t mean you are doing it the right way. You should not try to NEVER crouch; but you should keep it minimum and not a “default” reaction as soon as you see an enemy. 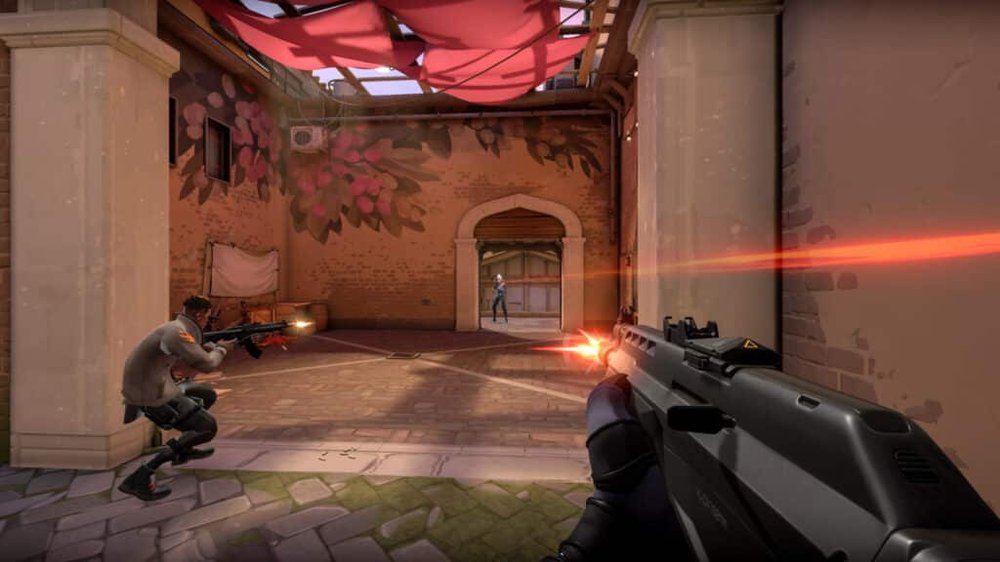 Normally, spraying is tied up to crouching hence the term “crouch spraying” but we decided to separate them because even if you don’t crouch, and you never control your weapon recoil and spray your gun down, you’re still at a massive disadvantage.

There’s always ways to properly shoot your gun, for example, if you use the phantom you can spray in specific situations but your main go to will be bursting. As that is menacing for a gun like the phantom and it will give you better chances of hitting your enemy.

For the vandal, you can always “one-tap” but bursting works with it too, so whatever gun you use make sure you are not just spraying and taking time to burst/time your bullets.

3- Hiding In Off Angles:

Spotting off angles and using them to your advantage is great! But not in deathmatch. You should never hide at an off angle to kill enemies. Remember, your main objective in deathmatch is to get 40 kills, but your main objective to efficiently improve and become a better player is to get whatever amount of kills but in good ways. It’s about the means, not the result. 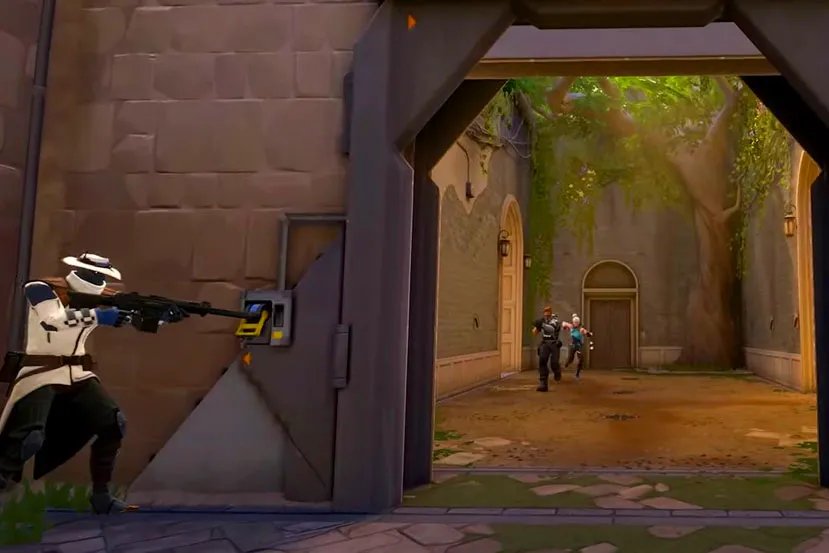 You can argue that you are trying to replicate in-game strategies in deathmatch, but that is not really the case. Killing an enemy in deathmatch does not mean you will get the kill doing the same way in ranked, as in DM people are mostly not trying and in ranked it’s played completely differently.

Nobody likes to die in-game, it’s a frustrating feeling. But here’s an important tip, do not play for NOT LOSING, instead play for improving. What this means, when you’re fighting in DM don’t be too scared to peek or take multiple duels, it’s not a real game it’s a tool to improve.

Players that are often afraid to take duels are the ones who excessively unrealistically keep jiggle peeking and isolating fights.

This is what you SHOULD do in Deathmatch

The opposite of crouching, don’t remain a still target, you become easier to hit. Counterstrafing is when you strafe to the opposite side of your initial movement to maintain accuracy while making your enemies have to track you before killing you.

So if you’re pressing A, just let go of the key and press D to perform a successful counter strafe. Practice this in the range first to build up your timing and in deathmatch to develop a good habit that can happen in-game 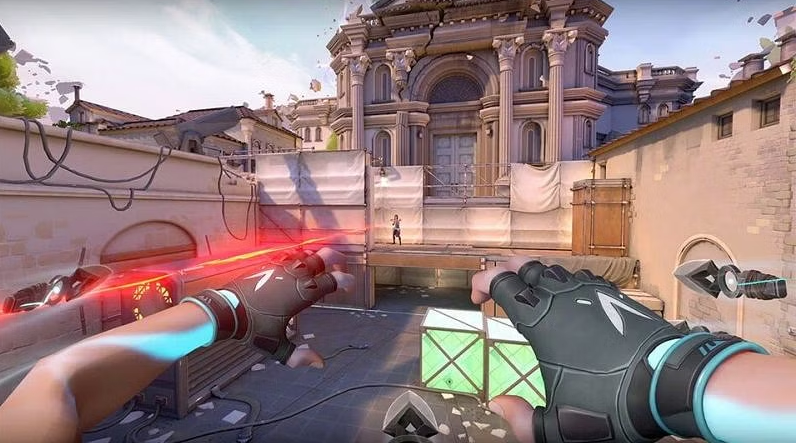 If you really want to defy your limits, when you’re playing deathmatch just try to go in a very dangerous/crowded area and see how much pressure you can handle. Don’t worry, you’re not expected to watch 360 across all angles, but practicing fighting multiple angles from different angles can drastically improve your reflexes and reaction time.

As an example, next time you’re in Ascent, go to the Fountain in the middle. Now try your best fighting enemies from short, market, B link, and top mid.

There are many aim routines out there that will give you specific instructions as to how you can play deathmatch in a more advanced manner.

An example of using advanced aiming methods is following the Miyagi technique. We won’t go in deep detail about how this can be done, but the Miyagi method is where you develop discipline and good aiming habits. Look it up! 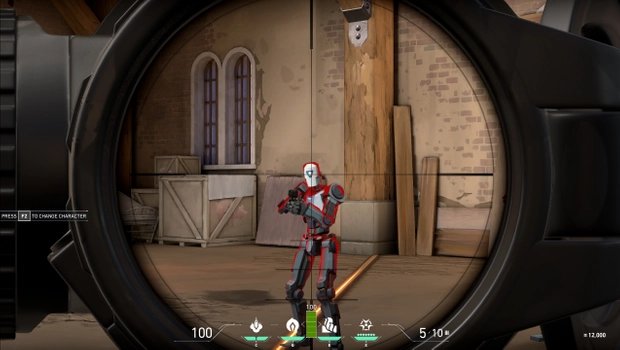 When you’re playing a normal valorant game, typically, you will play vandal and phantom for the most part. There are specific rounds where you’re on an eco in which you might buy a sheriff, or on a force and would buy something like the bulldog.

However, if you compare your experience using the phantom and the vandal, it’s quite much more than any other gun. This means, you are a lot more skillful using them, so the only way you can compensate this gap is to play deathmatch using guns like the sheriff and the guardian.

You can use any other gun, but we recommend sticking to high-skill ceiling weapons such as the ones mentioned above.

Finally, make sure to stick to those rules and avoid the common mistakes we talked about, and always remember that winning is not your goal, following these rules can make you die a lot more often and that is completely fine.

How To Fix Packet Loss In Valorant (2023) - Working Method
Internet connection and packet loss issues are among the top reasons for VALORANT players to stop playing ranked games, but don't worry, in this guide we will show you some tips a...
14/04/2022

Ultimate Voice Lines For All Agents In Valorant
Want to know what the ultimate voice lines for all the Agents in Valorant are? Check out this article, where we tell you all about it!
27/10/2022

How to Change to Left Hand in VALORANT
Settings in any game are a personal thing of any player. They choose the settings that are convenient for them personally. This may involve resolution, aspect ratio, or crosshair....
11/06/2022

The Best Viper Lineups on Haven
Viper is one of the best controllers in the game, and on Haven you can find a lot of value with her both in competitive play and Ranked. In this article, we will look at the best,...
04/08/2022
Comments
No comments yet
Please login to leave a comment.
Login
Matches
Upcoming