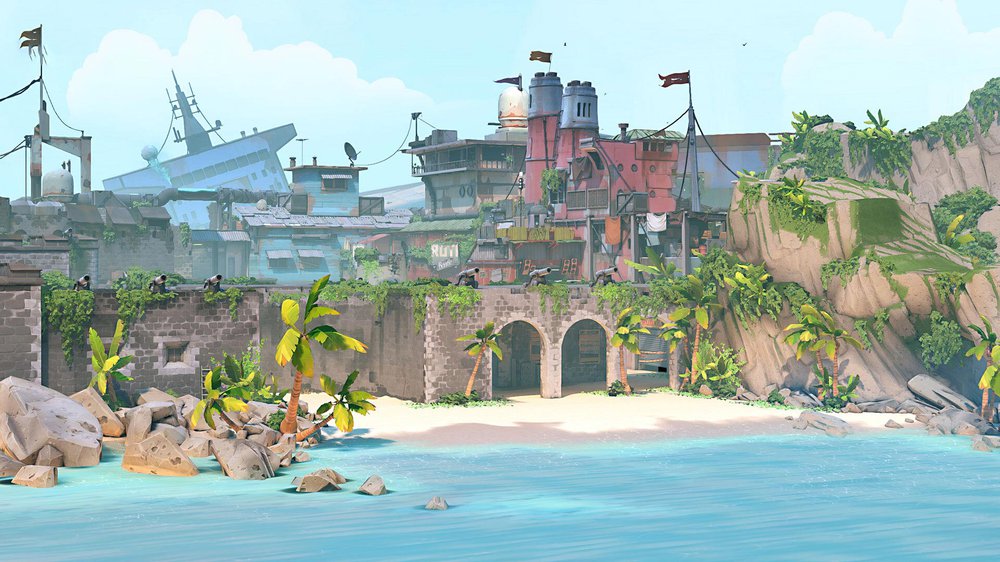 Welcome to another map guide and this time we’ll be looking at Breeze. These guides are designed to tell you everything you need to know about each and every map to help you win more and ultimately rank up. Let’s get to it.

Mastering the callouts of each and every map is so important to winning games. They allow you to precisely give information on locations and your opponent's whereabouts. Using the proper callouts avoids confusion and puts everyone on the same page. 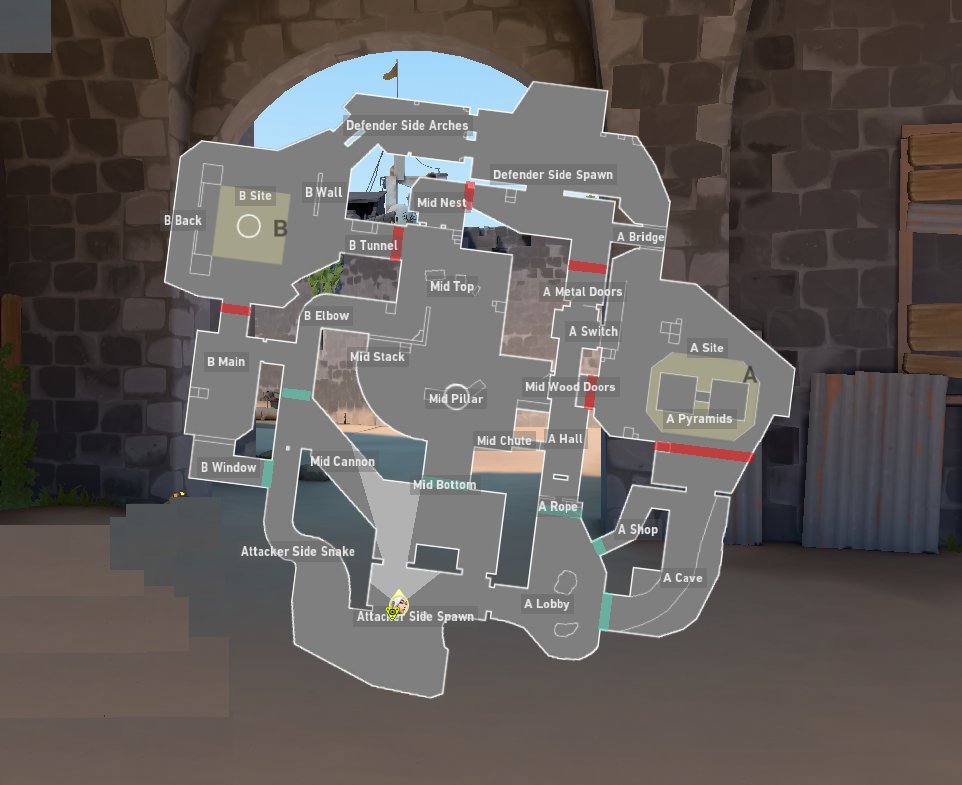 These are the basic callouts that Riot gives us inside the game. Learning these will give you and your team a huge leg-up and allow you to relay that vital information in a precise and efficient way. For a more detailed breakdown of each and every callout that you’ll need for the map, you can check out our Full Breeze Callout Guide.

In VALORANT, every map has some unique features and designs that set them apart from the rest let’s break this down a little more.

The map design of Breeze is unique for a couple of reasons, so pinning down a truly unique gimmick is hard. The uniqueness here comes more from layout and design choices than a wacky feature. The biggest part of this is tube. 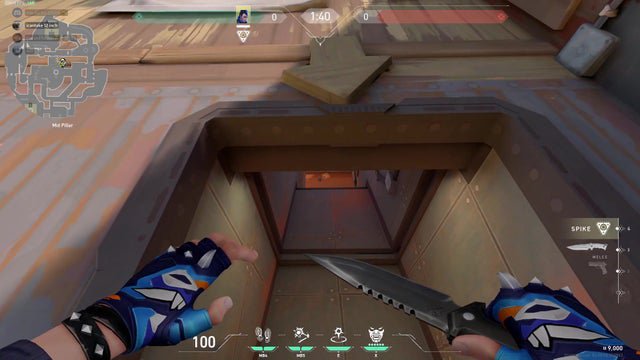 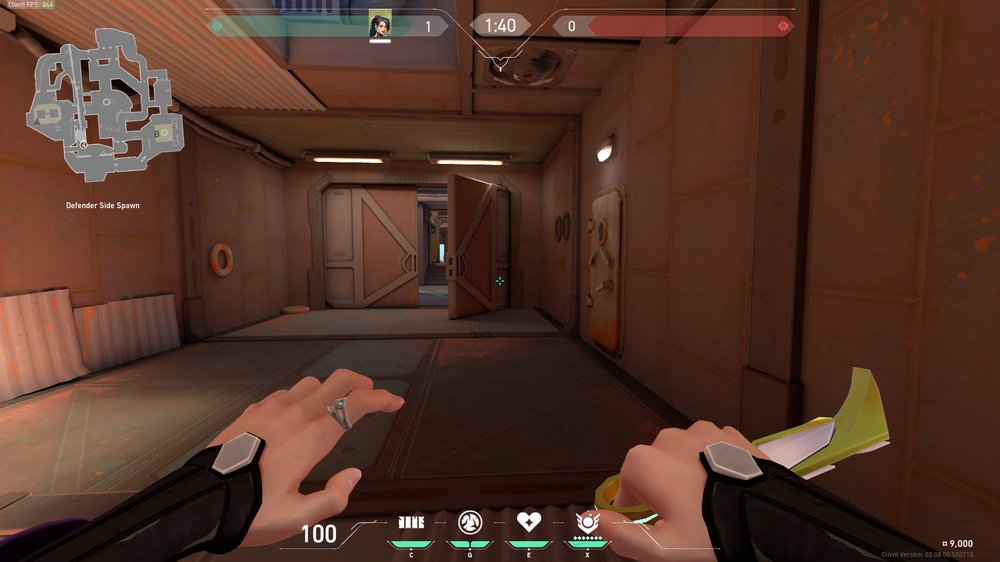 The next most important location is the switchable door on the defender side of the tube. After recent changes, once it is being opened, it cannot be shut until has finished opening. This door gives attackers another option when attacking the A site so it’s important to defend it properly.

Now let’s take a look through both sites, starting of course with A. A site is one of the funkiest sites in the game. Its design is an incredibly unique double pyramid structure in the middle to provide cover. There are a bunch of very long sightlines for the defenders to hold such as from stairs or bridge, this site is designed to be a playground for the Operator. 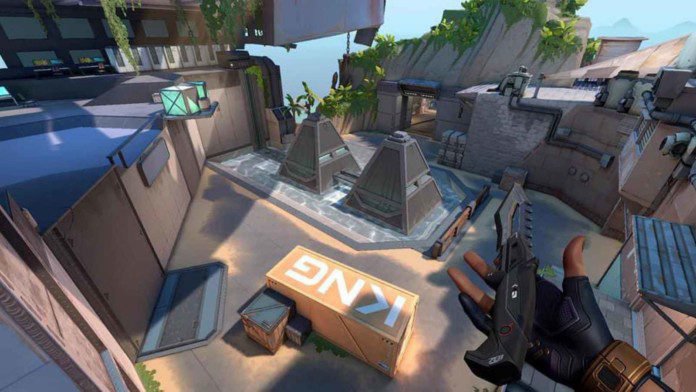 In order to counter this, it’s so important when you’re attacking A to have a Viperwall cutting across the site to drastically reduce the number of angles the defenders can hold. 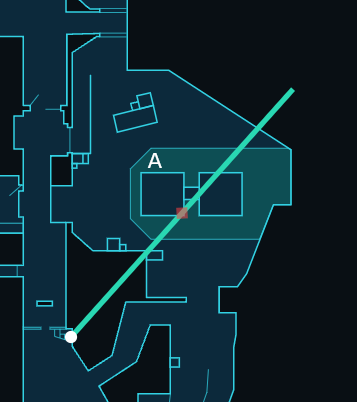 Any wall similar to this is perfect as it can block off the sight-lines from bridge, stairs, orange, and box. Attacking has never been easier.

Now we come to the much more tricky B site. The recent update added even more boxes and walls creating more angles and hiding spots. There is one entrance for attackers that is very easily closed off by Viper utility, and another entrance through the connecter at the top of mid. 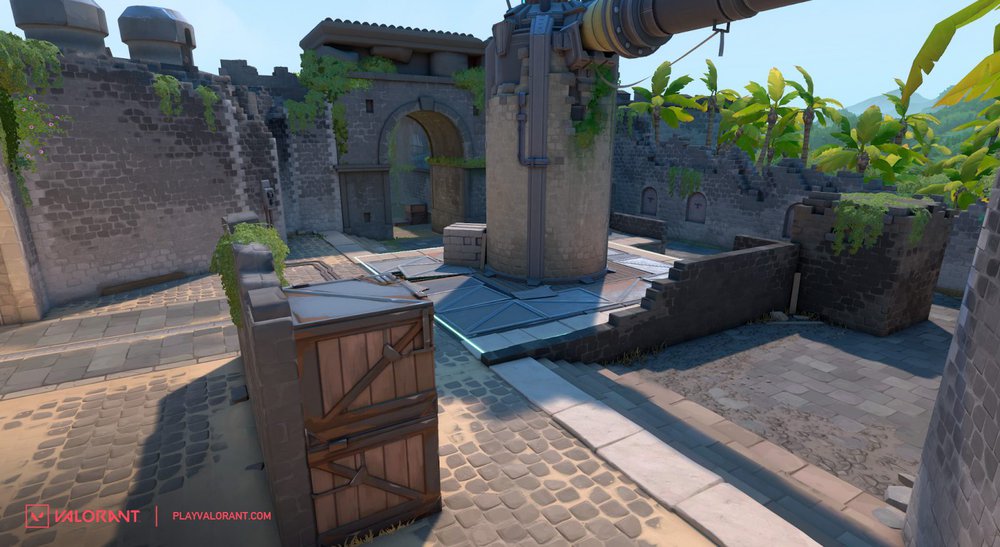 Attacking B is definitely trickier than A and having pressure towards mid can certainly help. It’s super important to use your utility to clear the common spots such as the close left and right angle or back site. A well-placed recon and a flash can do this. The number of boxes and walls do make the post-plant a little easier though and if you can plant in the open, you can play from all the way back in the window.

How to attack on Breeze?

Now let’s look at how to attack. As you’ve probably guessed, A is generally considered much easier to take so it’s ok to default more heavily towards there. This doesn’t mean you should neglect the other areas of the map though, mid control can go a long way and it’s so important to have information on the defenders' movements especially if they’re pushing.

I think one of the most important locations now is tube. The change to the door is massively attacker sided as before, defenders commonly sat a player on the stairs repeatedly closing the door to stop attackers from getting out. An A split though tube and main will get you so many rounds as you’ll essentially be crunching from both sides.

After a couple of successful A splits, the defends will most likely move a defender away from mid to help hold tube meaning a B split becomes very viable. It’s important to mix up your strategies always so that the defenders can not come up with just one simple counter.

How to defend on Breeze?

Now let’s get into defending. Because of the size of the map, it is naturally a little trickier. My biggest recommendation is to play a 2-2-1. This means 2 players towards A (one site and one in tube), 2 towards mid and 1 on B site. As long as your B player is able to stall, you can stop a B rush and if there is A pressure, you can slide across to help.

Properly controlling tube and mid massively simplifies the defender half massively as you can prevent an A split meaning attackers have to funnel in through main, and controlling mid cuts off the rotates and massively limits the attacking options.

Don’t be afraid to push on the defence when you feel like there is space. The more of the map your team control, the more resources the attackers have to use to clear the space.

What agents are good on Breeze?

I always like to look at who the professional players prefer to play in order to help give you guys ideas as to who is strong in each role and who to pick. This is the most played composition at the professional level on Breeze.

We see a relatively common double initiator lineup with Viper acting as the smoker.

When it comes to recommending agents, I think all 5 in this composition are excellent so don’t shy away from picking any of these. If I had to recommend only one, it would have to be Viper. She turns A from one of the hardest sites to attack into one of the easiest. She is also an amazing B site anchor on defence and can stall the attackers push so easily with her utility. She literally has a 100% pick rate on this map in the pro scene so she is always worth picking.

Hopefully, this guide has helped you understand Breeze in a little more detail and you can now get more wins to help you achieve your ranked goals!

Skye Valorant Guide
An in-depth Skye Valorant guide that will explain everything you need to know about the Agent and the best way to play with it. From her strengths to weaknesses, you will find eve...
25/12/2021
2272 Views

What is the Valorant Battle Pass and How Does it Work?
If you’re a player that spends time playing Valorant, there’s an incentive from the developers to keep you interested in the experience, even beyond your love for the gameplay loo...
02/02/2022
2325 Views

The Best Spike Plant-Spots on Haven
Haven is one out of three original maps in VALORANT. It's a single map with three plant sites: A, B, and C. There are a lot of different plant-spots on Haven. Here you will find t...
06/10/2022
1876 Views

How To Fix Packet Loss In Valorant (2022) - Working Method
Internet connection and packet loss issues are among the top reasons for VALORANT players to stop playing ranked games, but don't worry, in this guide we will show you some tips a...
14/04/2022
2633 Views
Comments
No comments yet
Please login to leave a comment.
Login
Matches
Live