The Best Viper Walls and Smokes on Fracture 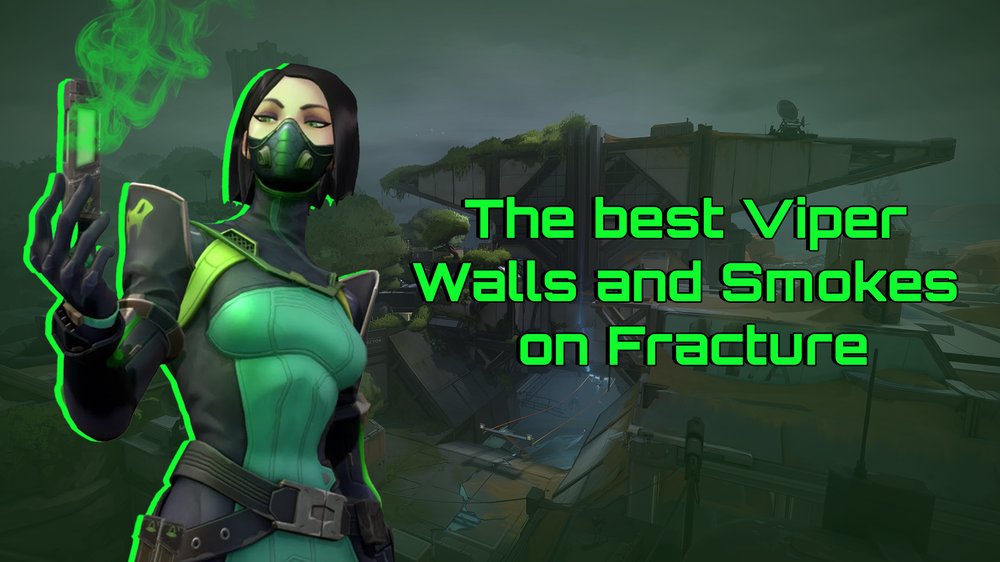 Viper is the most picked controller on Fracture. Despite not being a must-pick Agent like on Breeze or Icebox, most players still prefer to pick her.

Her kit makes her the best controller on the defensive side, helping a lot when it comes to closing down bombsites. She is also great at blocking the enemy's vision when executing into a bombsite, being an overall great Agent to take control of important parts of the map.

If you want to know the best way to play Fracture and how to find more success on the map we got you covered with our Fracture Map Guide.

Learning all the callous in the map is also very important since Valorant is a game where communication is key, so be sure to read our Fracture Map Callouts Guide.

Without further ado, let's see what are the best Viper Walls and Smokes on Fracture.

Viper Walls and Smokes on Fracture A Bombsite 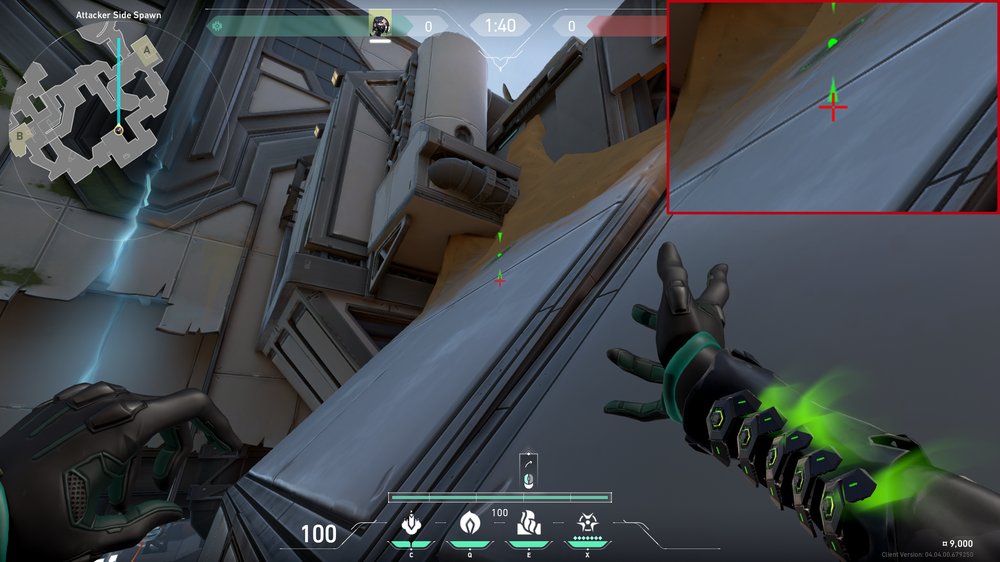 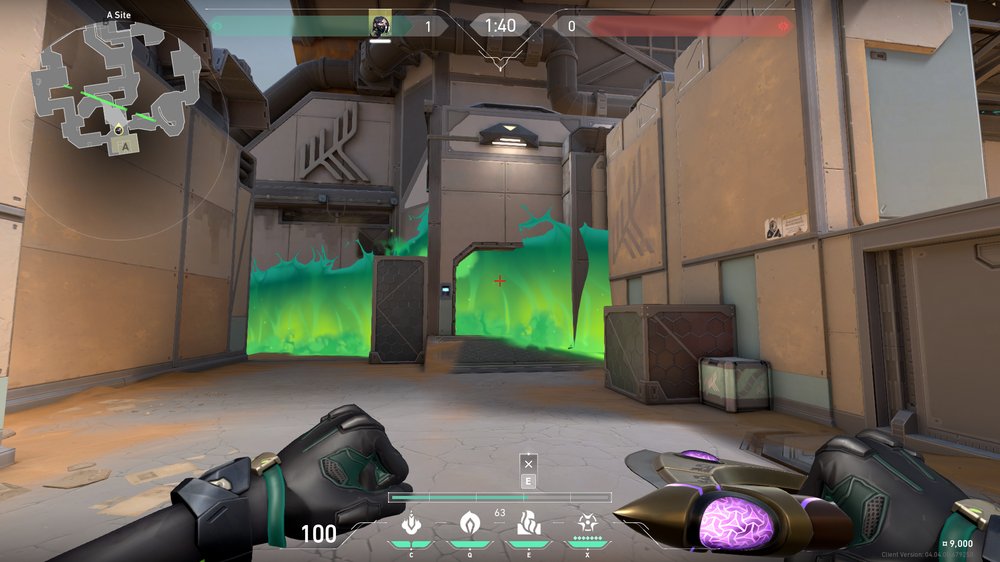 This is the most commonly used wall to execute into the A bombsite. It blocks the vision from the enemies that are playing on ropes and A link. This forces them to either give up control of that part of the map or play aggressively. It also cuts the rotations from the A bombsite, since players will rotate through A link 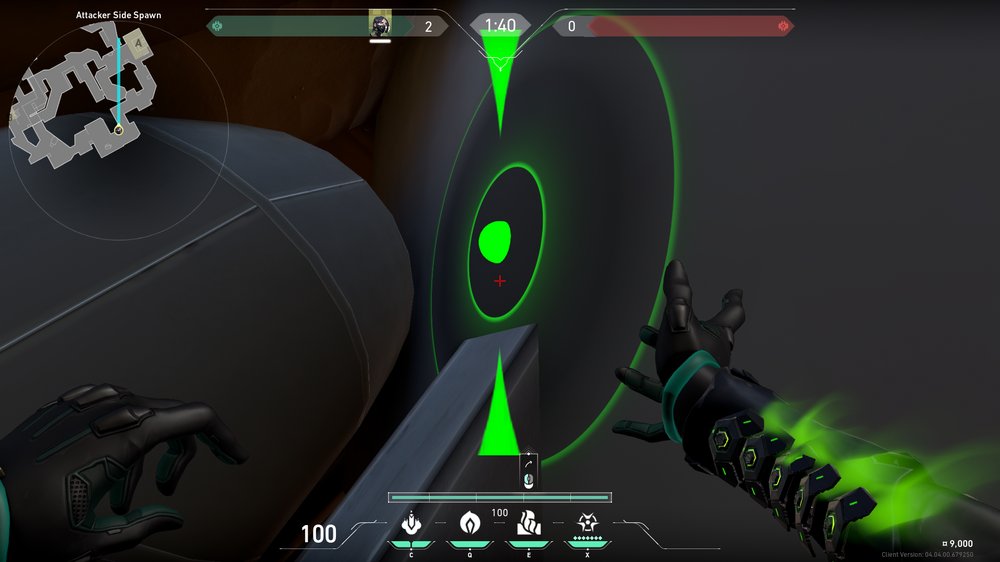 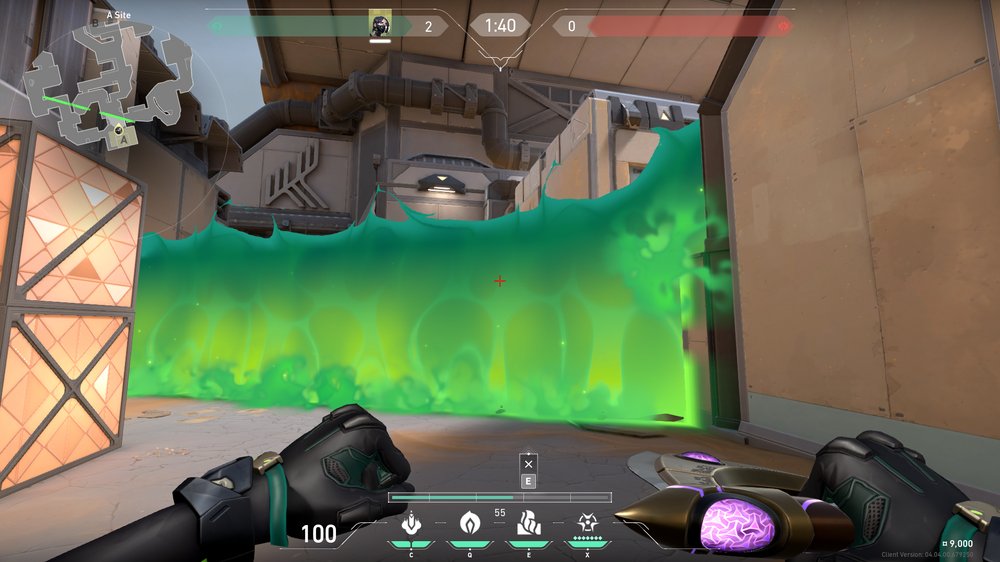 A wall that is normally used if you and you're them will play manly through A Main. This wall covers the whole drop area and also blocks the vision to the players coming from A link, or Ropes. With this wall, you just have to worry about the plant area of the site. 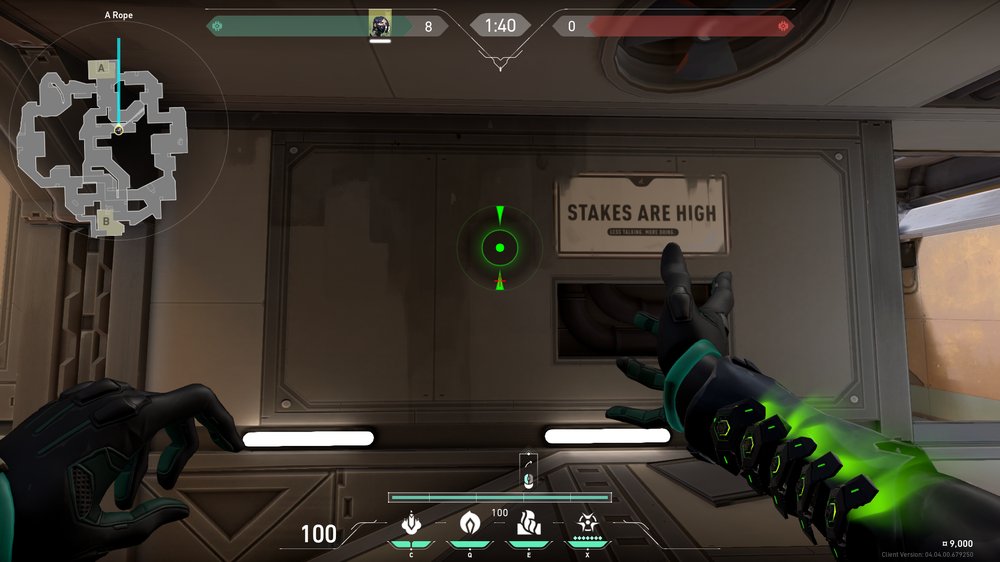 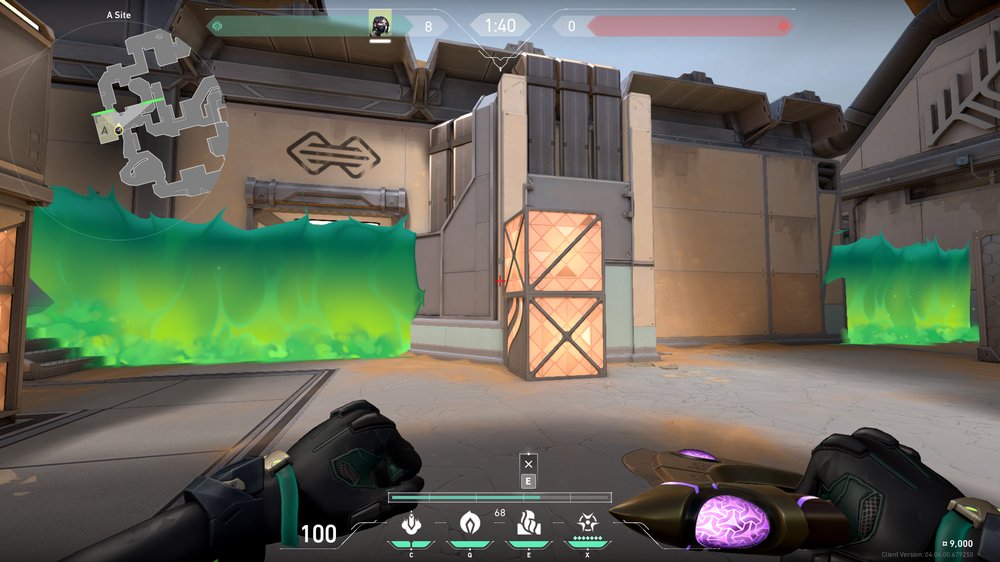 A standard defensive wall that blocks the A main entrance and the long pathway. It's a very defensive, wall and allows the enemies to take control of everything on A main and even ropes.

A Main One Way Smoke 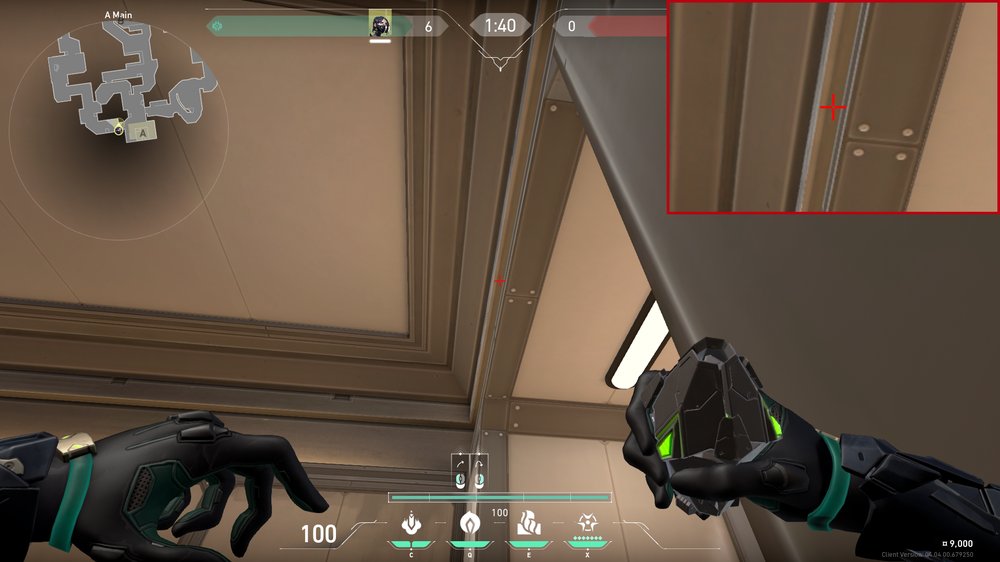 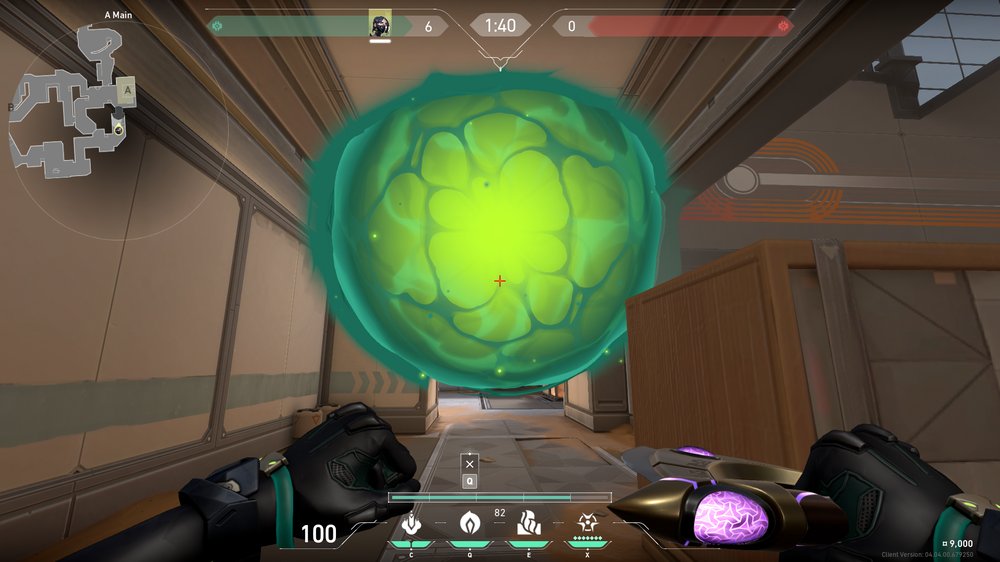 It's a great one way to play on the back site, in a more passive and defensive way. You will be able to see the enemy players entering through A-Main, before they see you.

A Main Second One Way Smoke 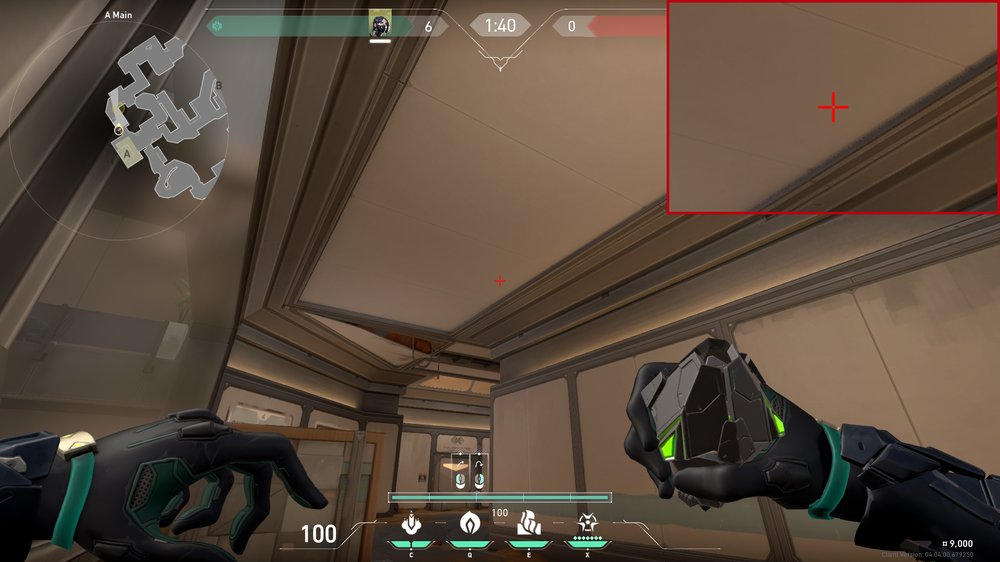 Line up the HUD with the door just like seen in the picture, then just do a standard left-click throw 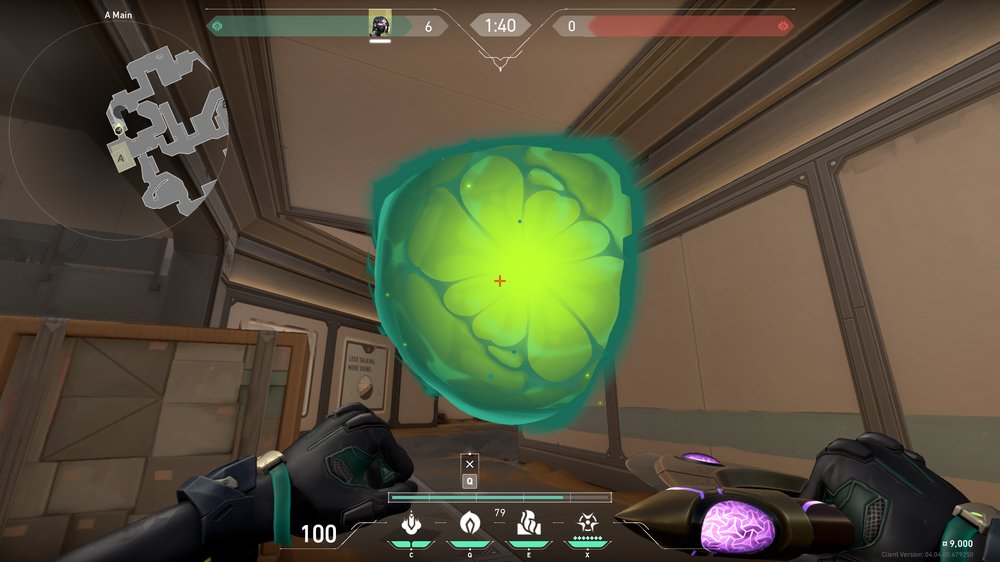 It's a more aggressive one way. It allows you to gain control of the A-main entrance and forces the attacker to have to fight for control of that area.

A Drop One Way Smoke 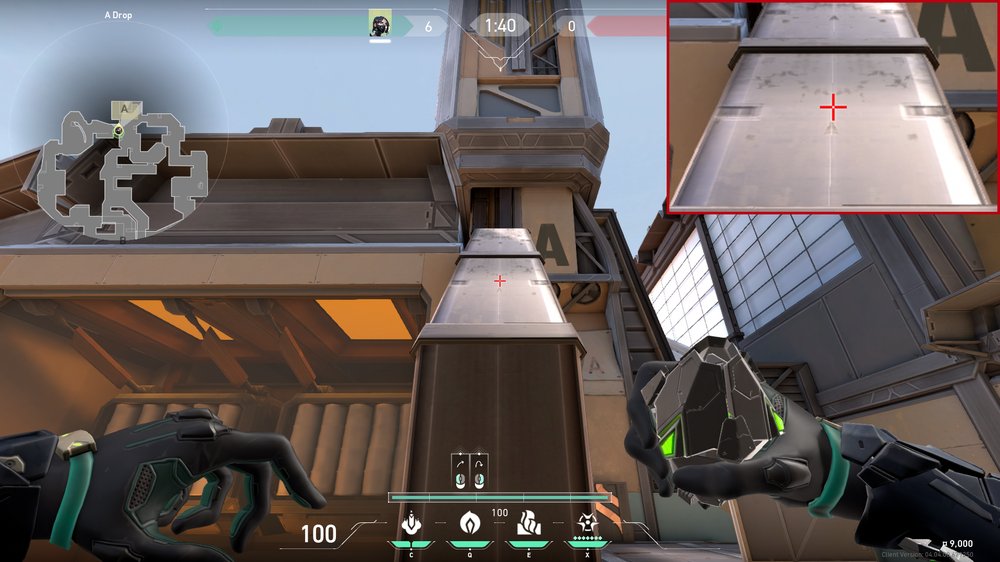 Aim at the white line just where the crosshair is placed, and do a jumping right-click throw 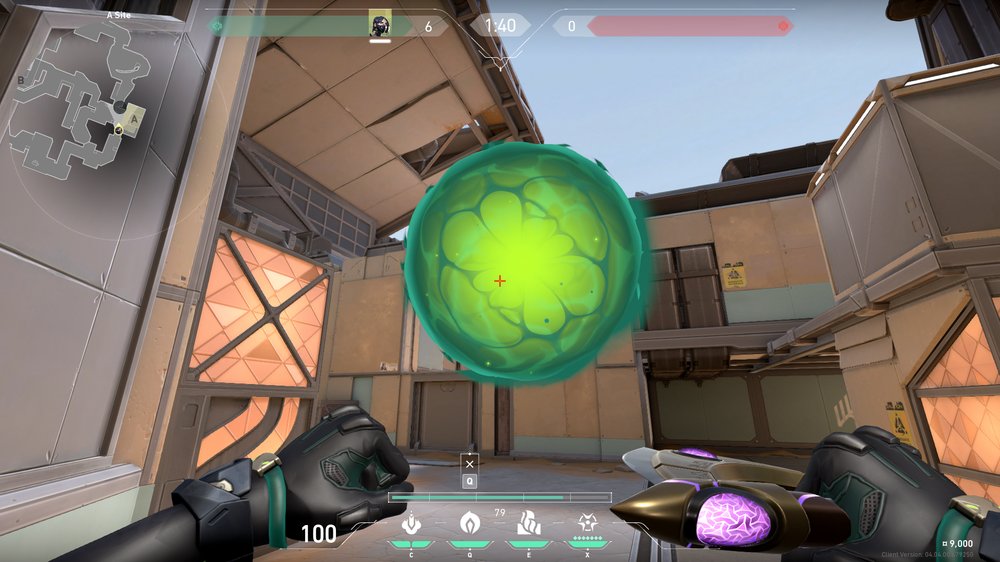 This smoke blocks the vision of the enemies that are on drop. You will also be able to see their feet before they can even see you. It's a very strong one way, and you can play from on top site or on stairs since those positions give you the best angle for this one way.

Viper Walls and Smokes On Fracture B Bombsite 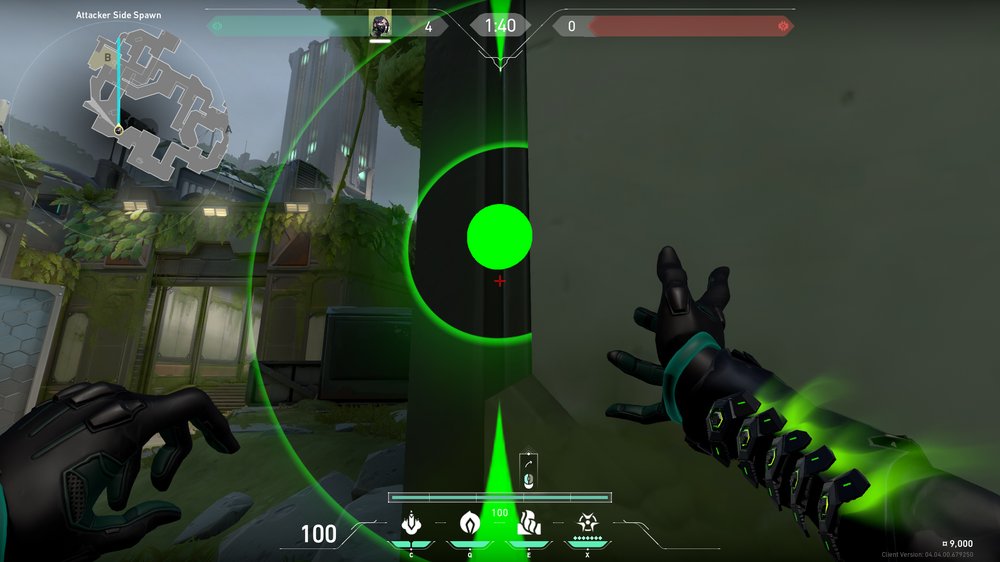 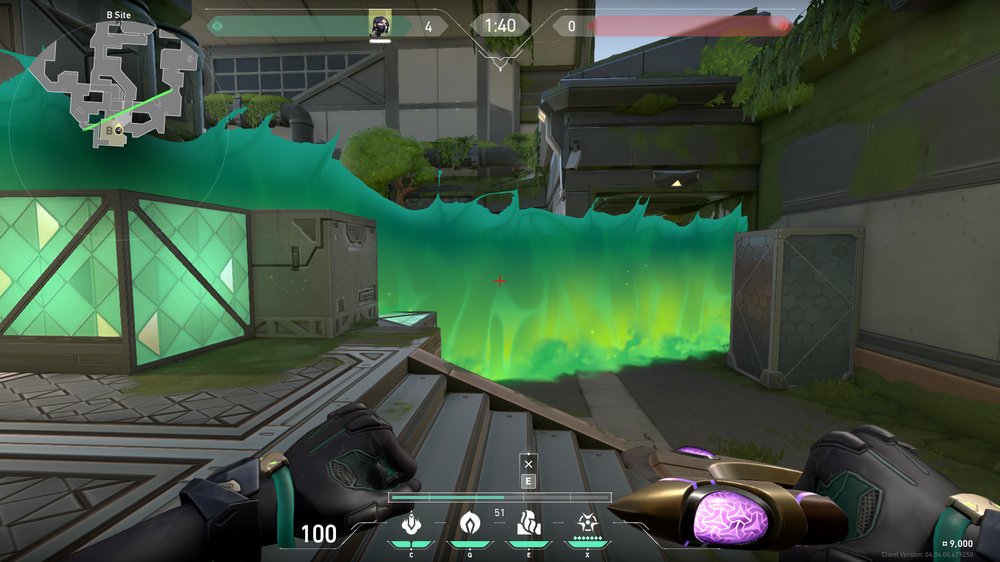 It blocks the vision from Canntenn, generator, and behind the double boxes. This way it is much easier and safer to get into the bombsite. You just have to worry about clearing the plant area of the bombsite. 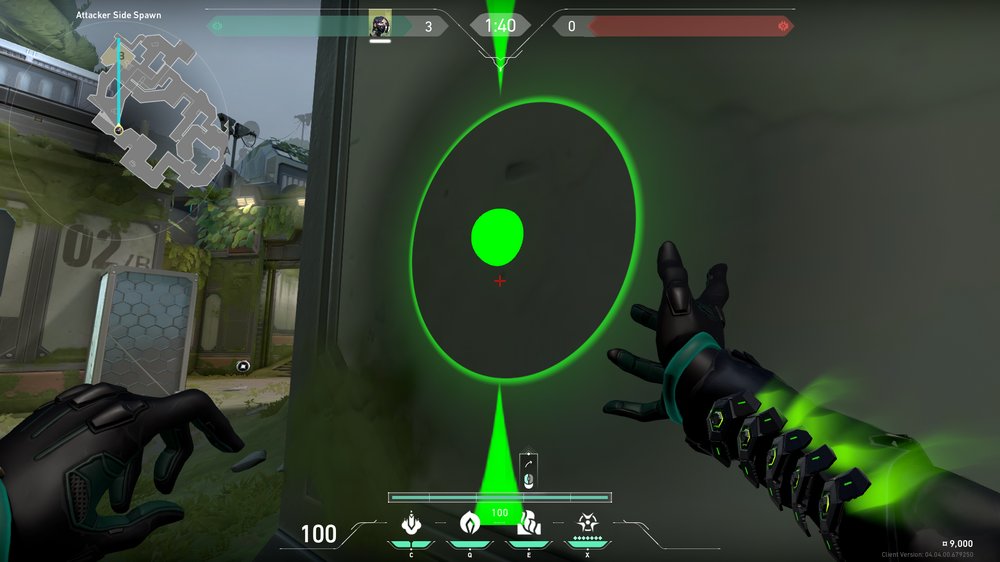 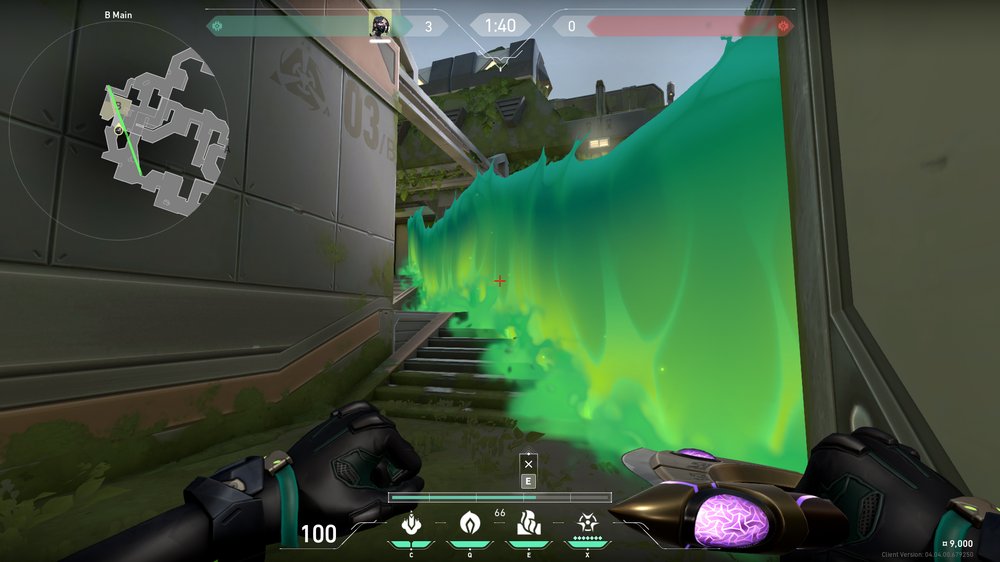 This wall cuts the bombsite in half. It allows you to lurk up the stairs and get to the plant area and even to tower, gaining a lot of map control. You also don't have to worry about anyone peeking at you from the right side since the wall blocks their vision.

B Bombsite Wall to Arcade 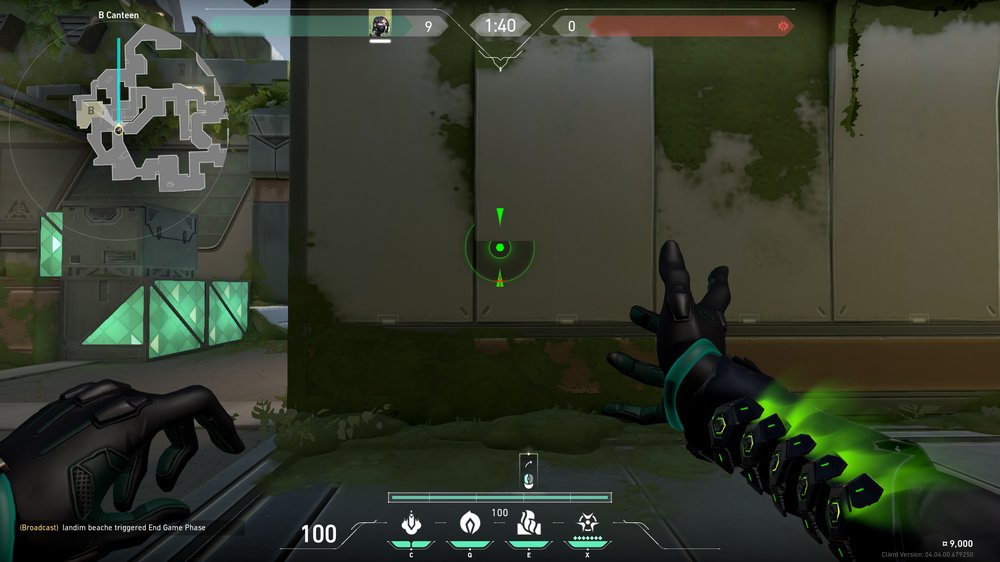 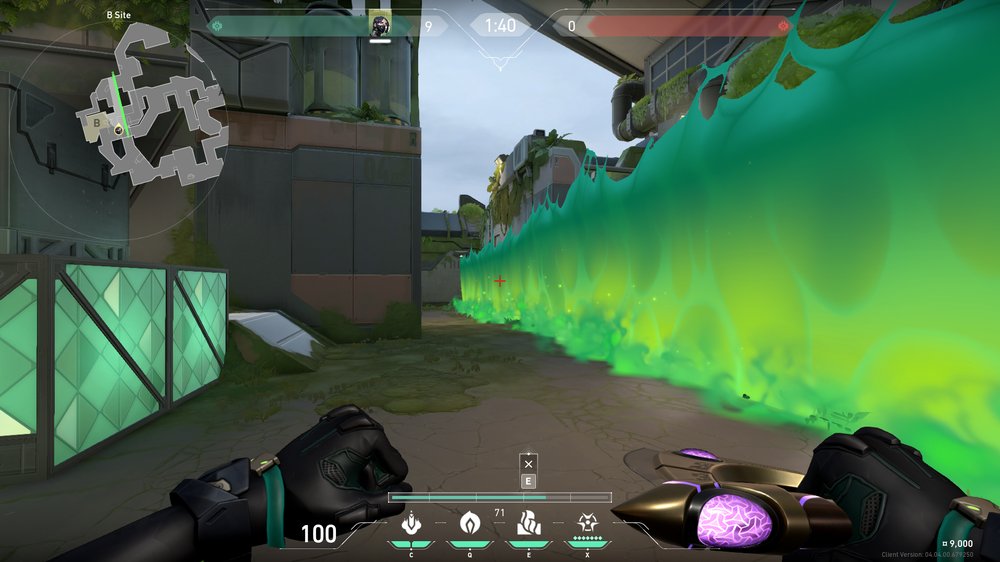 This wall blocks the vision from the players coming through Arcane, and forces them to push through the wall in order to get to the bombsite. It helps the player that is defending there giving him more safety.

B Bombsite Wall to Plants 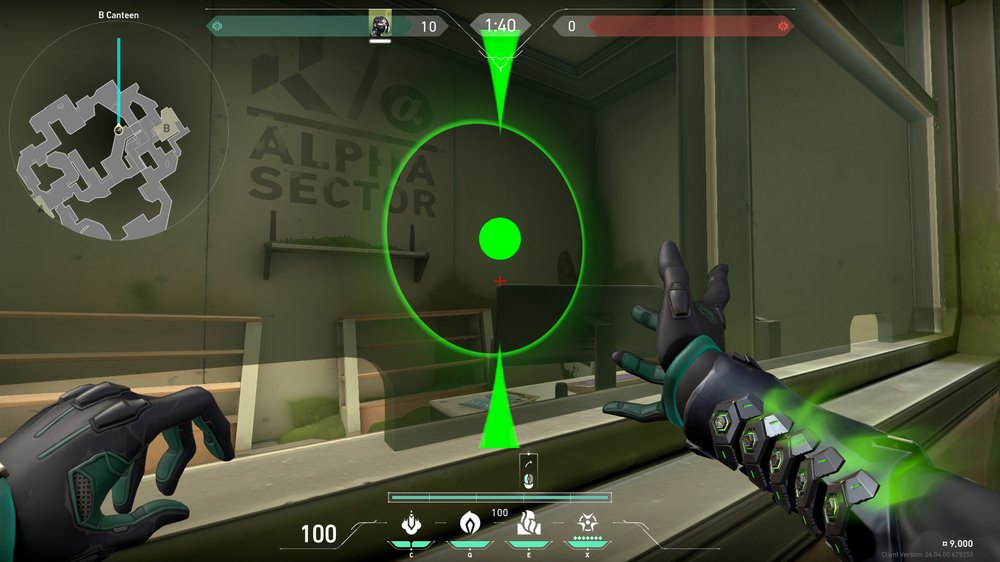 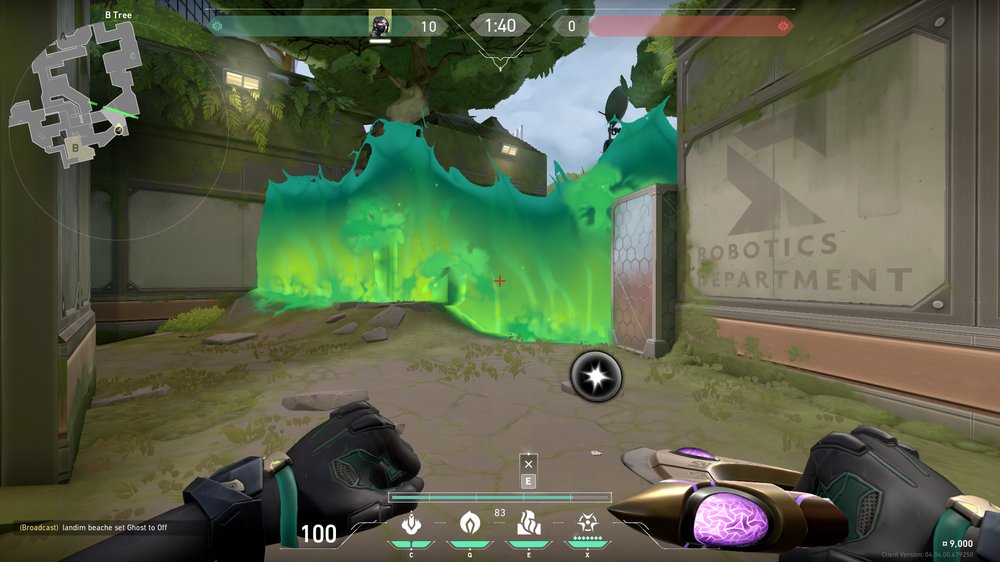 The Best Viper Lineups on Haven
Viper is one of the best controllers in the game, and on Haven you can find a lot of value with her both in competitive play and Ranked. In this article, we will look at the best,...
04/08/2022

What's Raw Input Buffer In Valorant? And How to Enable!
Raw Input is a gaming input-related feature that has been around since the early days of CSGO. Allows users to play the game with natural mouse input. Direct mouse input is applie...
22/03/2022

How to Save a Replay in VALORANT
The review of your personal games is one of the effective way to improve yourself in any game. This way you can find your mistakes that have been made, because they are very diffi...
28/05/2022

The Best Viper Lineups on Breeze
Viper is one of the best controllers in the game, and on Breeze, she is a must-pick Agent in competitive play and Ranked. In this article, we will look at the best, and most used ...
02/07/2022 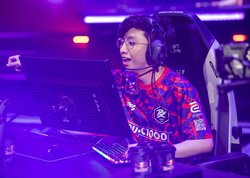 The 10 Best Valorant Players in 2022
Though Riot Games’ Valorant has only been out for a little over a year, Valorant is one of the most played multiplayer games in the world. In the last year, many pro players switc...
04/02/2022
Comments
No comments yet
Please login to leave a comment.
Login
Matches
Upcoming