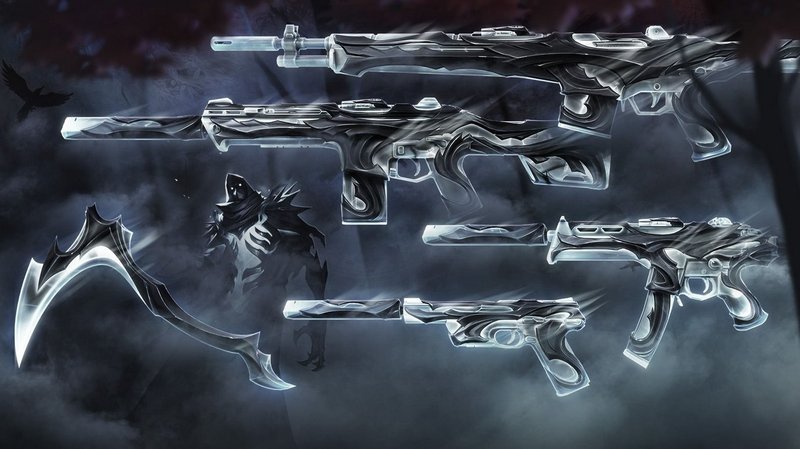 Two weeks after the release of Ion 2.0 Bundle, which was one of the coolest in the game, Riot Games has presented us with a new set of skins for VALORANT.

Yesterday was the famous holiday of Halloween, or as it is also called - All Saints' Day. People usually dress up in various costumes, including those associated with spirits, dead people, etc. The next bundle, Soulstrife, has everything to do with this holiday.

In the preview, we see "death" with a scythe. Black dominates the skin, although glimpses of white can still be seen. This time the Soulstrife collection set includes Spectre, Ghost, Phantom, Guardian, and a new melee, Scythe. This will be the first appearance of such a weapon in VALORANT history. So we can already call this set legendary.

Most likely, the cost of this Ion collection will be like the first - 7100 Valorant Points. The Soulstrife bundle will be added on Wednesday, November 2.

Previously, The VALORANT content Maker, Vegod, has created an impressive teaser of Ion Vandal. It's just his own concept of skin, but it looks impressive.