Skins and microtransactions are a significant way for game creators to generate income from their games. Skins and cosmetic items have been a massive part of many recent popular games like Valorant, CS:GO, Fortnite, and Apex Legends. They keep the game fresh and exciting for the players.

During the time of Apex Legends’ release, the majority of skins in the game looked very basic, and most looked like recolors of the default skins. However, this isn't the case with time and the introduction of high-quality skins in the game. 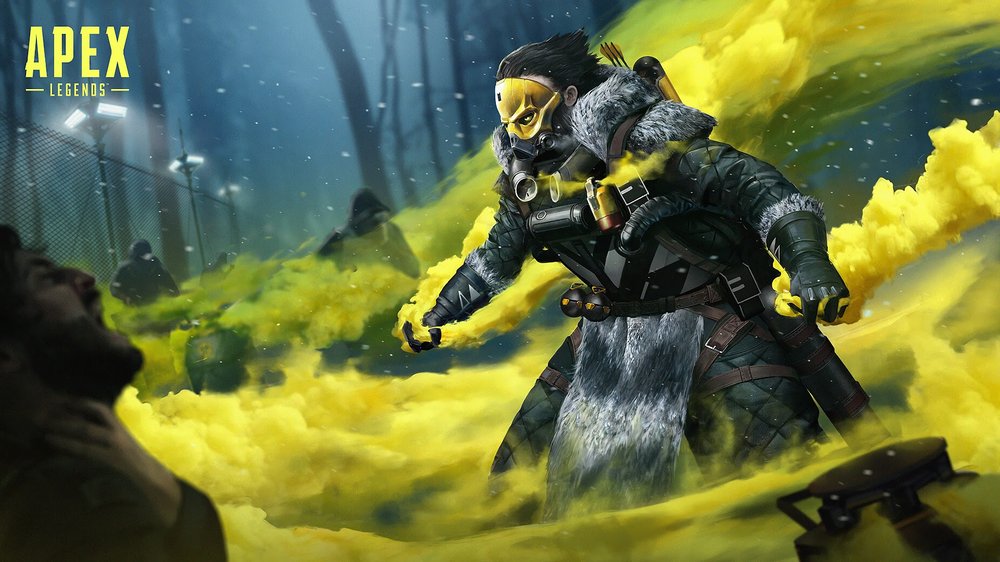 Caustic is one of the original eight legends in Apex Legends. He can lock down territories for his team and easily maintain control over an area. Regarding his skins, Caustic doesn’t have many rare ones.

Many players will agree that Caustic only has a few beautiful skins, and most of his skins are just okay-ish. Compared to someone like Wraith, who has many beautiful-looking and shiny skins.

Despite this, there are still some good skins for Caustic that are worth mentioning in this list of the Rarest Caustic skins in Apex Legends.

Here is a list of the top 5 rarest Caustic skins in Apex Legends. 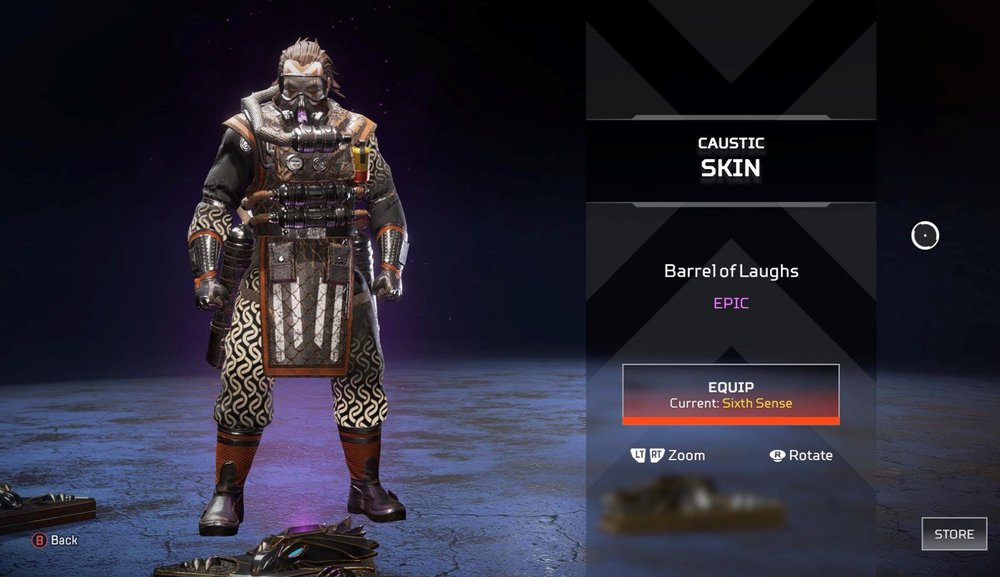 It is a simple Caustic skin since he is not wearing any fancy gear or makeup like he usually does. However, his suit is fully animated, with the design pattern flowing across his clothes. This skin is infrequent, and it is unlikely for you to see anyone use this skin now. But if you do see this skin, run the other way! 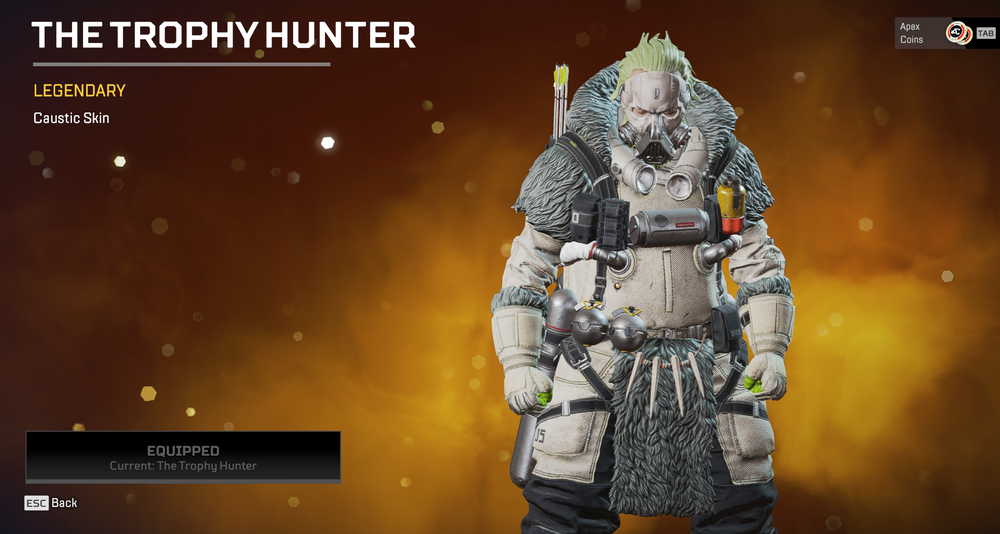 The second rarest Caustic skin in Apex Legends is The Trophy Hunter skin (Legendary) skin. It was released in the Apex Item store in April 2019, making it a rare skin. It is a recolor of the “Blackheart” skin, meaning you have to own that first to be able to unlock it.

The Trophy Hunter is a clean skin for Caustic. This recolor is even better than the original “Blackheart” skin, which was black and gold in color. The long collared white suit and white hair give Caustic a deadly look like his mad doctor.

This skin is also infrequent since you can see barely anyone using this skin. 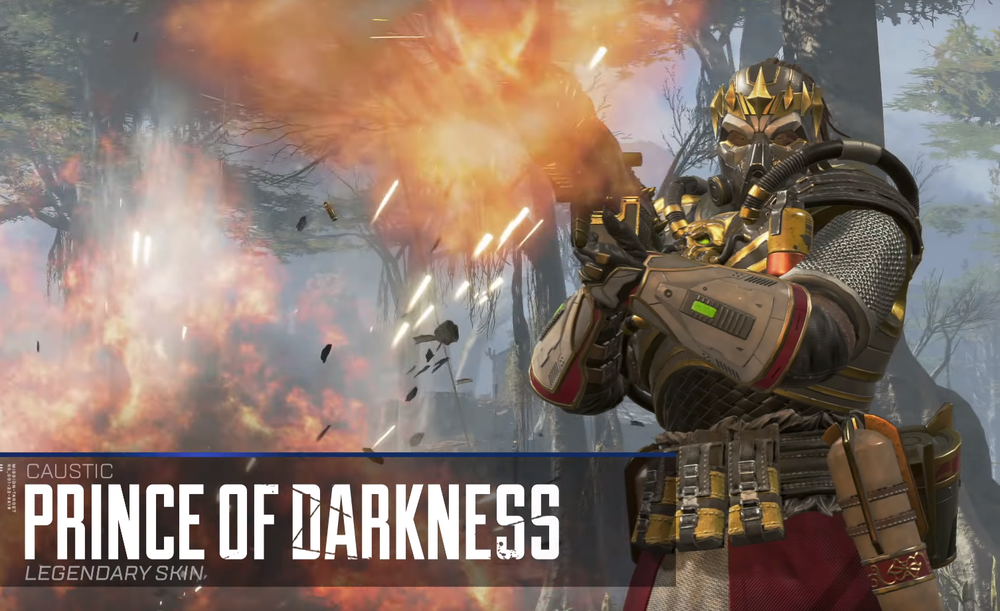 Season 2 was popular since this was when many players started playing the game. But not many players bought the battle pass, which is why only a minority of players own this skin.

Looks-wise, this skin is fancy and entirely covers Caustic in armor. This armor has hints of gold throughout, and we can see what looks to be a gauge for Caustic’s toxic gas on his arm. This makes this skin highly desirable and a worthy mention in our list of the top 5 rarest Caustic skins. 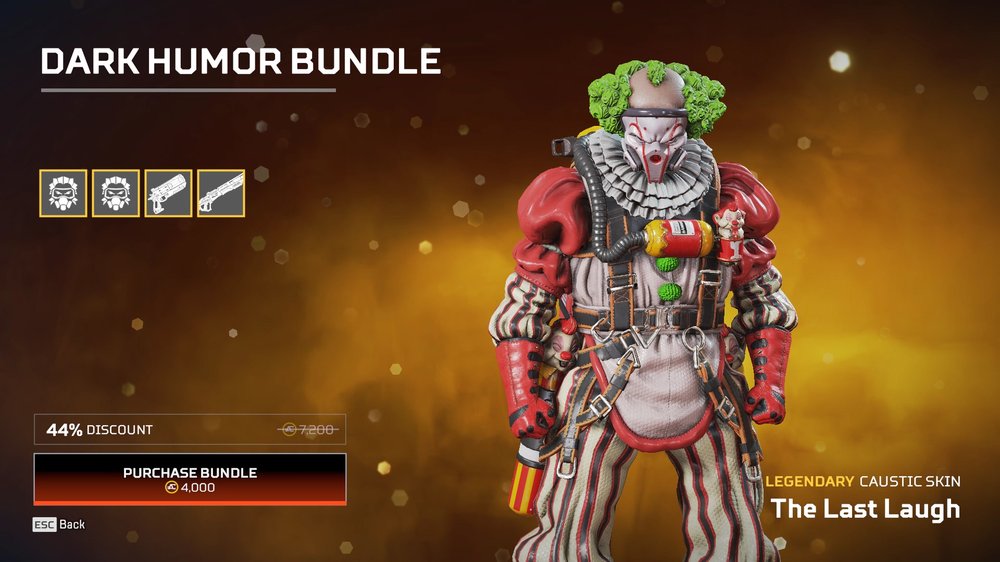 The clown theme is recurring with Caustic skins, as you’ll see with both of the last two skins on our list. It was released with the Fight or Fright collection event that came out during the time of Halloween in 2019 and 2020. It has been a rarity since both events came out long ago.

It is also a great-looking skin. Caustic is dressed like a scary clown who looks like a serial killer. His hair, makeup, and clothes combine nicely to give him a unique look and make this skin desirable. 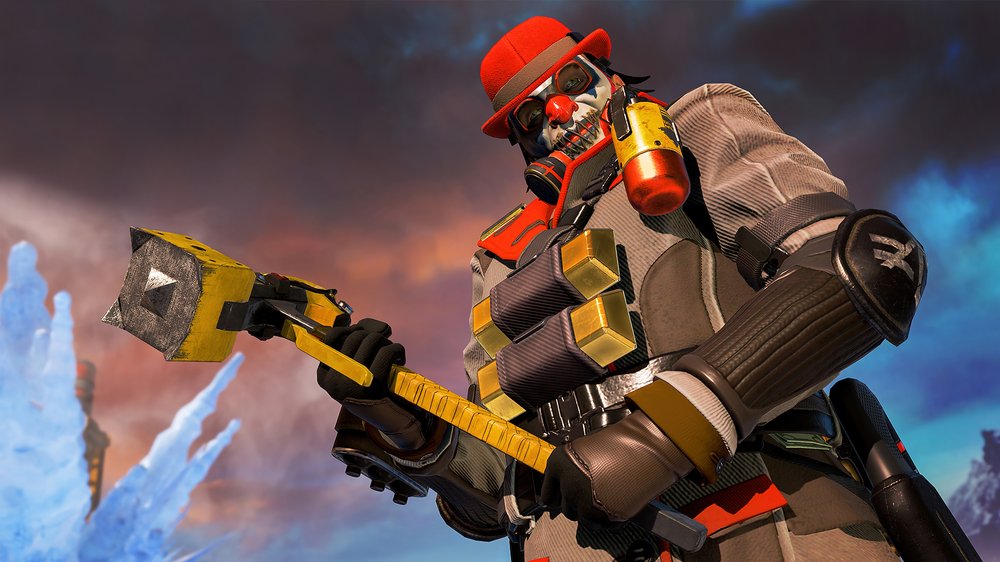 The Killing Joke is one of the best Caustic skins in Apex legends. It was released with the Aftermarket event in Apex season 6. It is an excellent skin but isn’t any higher on the list of the rarest caustic skins because it was released recently and is owned by many people.

It was released with the Caustic Heirloom, which means you had to get this skin to unlock the Heirloom. Many players have it in their inventory, making it less of a rare skin. However, it is still a great-looking skin and a worthy mention in our list of the Top 5 Caustic Skins in Apex Legends.

How Many Players Does Apex Legends have? 2022 Player Count
Released back in February 2019, Apex Legends has grown rapidly and created a solid place for itself among the top multiplayer games and arguably the best online first-person shoot...
07/06/2022
1374 Views

How to turn Aim Assist On/Off in Apex Legends
In many First Person Shooter (FPS) video games, battles are best decided by the player who has the best aim. Sure, other factors come into play, but aim assist is the primary way ...
25/05/2022
1302 Views