Apex Legends was initially released with 8 Legends when it was launched. Since then, the game has been repeatedly updated, and new playable Legends have been added with every season update. With the addition of the latest Legend in Apex Legends, Newcastle, the total number of playable Legends has gone up to 21.

This wide selection of Legends means players can choose the Legend that best fits their play style. For example, if players like to play fast and aggressive, they can play Wraith or Octane as their main Legend. These are popular and frequently picked Legends because of their abilities that assist the players in taking first engagement in fights and even bailing out if need be.

This variety in selection means that while some Legends are considered powerful, others will be whose abilities won’t be as popular among players. This is because their abilities don’t give players as much of a competitive advantage as other Legends do.

Another thing you will notice with these low-ranking Legends is that many of them were released long ago. These are older Legends that were released when the game first launched. Their abilities have become more useless over time. Part of the reason for this is that newer Legends have replaced them.

Here are the worst Legends to play with in Apex legends: 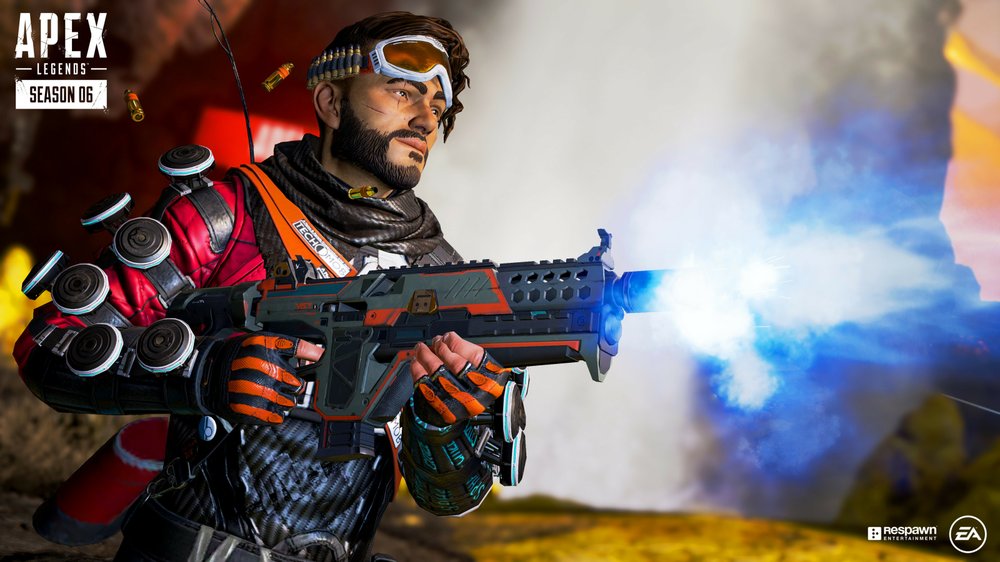 This may be a controversial pick, and many players will disagree. But we must say that Mirage is not the Legend he used to be. When first launched, Mirage used to be robust and was a favorite of many players. But after being repeatedly nerfed, Mirage has fallen out of the spotlight.

Mirage’s abilities are not that advantageous in the competitive environment of Apex legends Ranked. He is more prevalent in the lower-ranked games. Still, his abilities become easily predictable as we start to go up ranks. It is safe to say that Mirage's kit won't be beneficial if you find yourself in the endgame of a ranked Apex match. 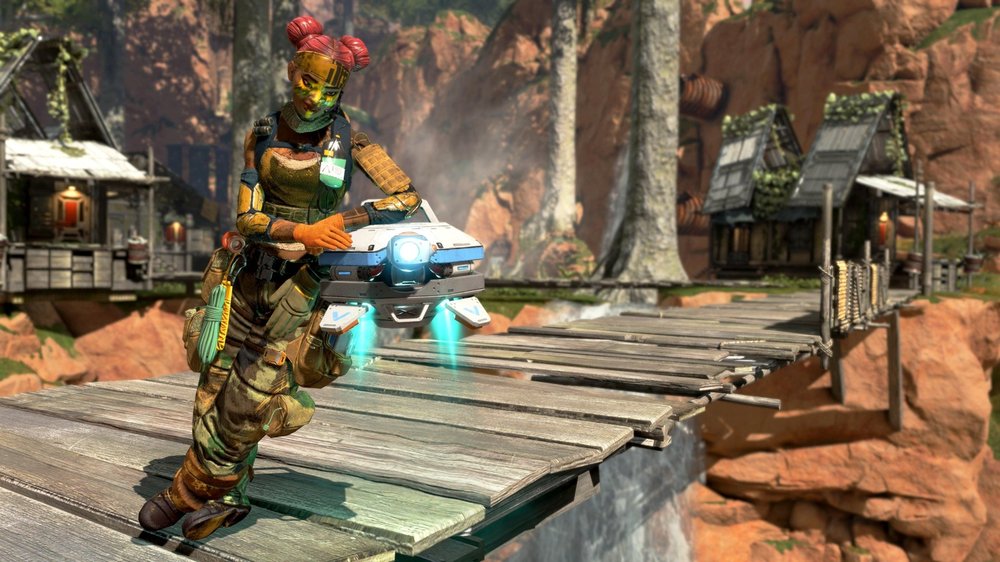 This is an obvious choice for this list since most Apex Legends players out there will agree that Lifeline is pretty much a useless Legend. Players constantly complain to Respawn Entertainment about the poor-performing kit of Lifeline and ask for a complete rework to make her more viable.

The support role that Lifeline used to fulfill before has been taken over by better-performing Legends such as Newcastle and Gibraltar. Her passive revive ability has been nerfed, and it is now much easier to kill a player being revived by Lifeline’s drone. Her Ultimate Supply drop is so bad that it needs to be replaced entirely. 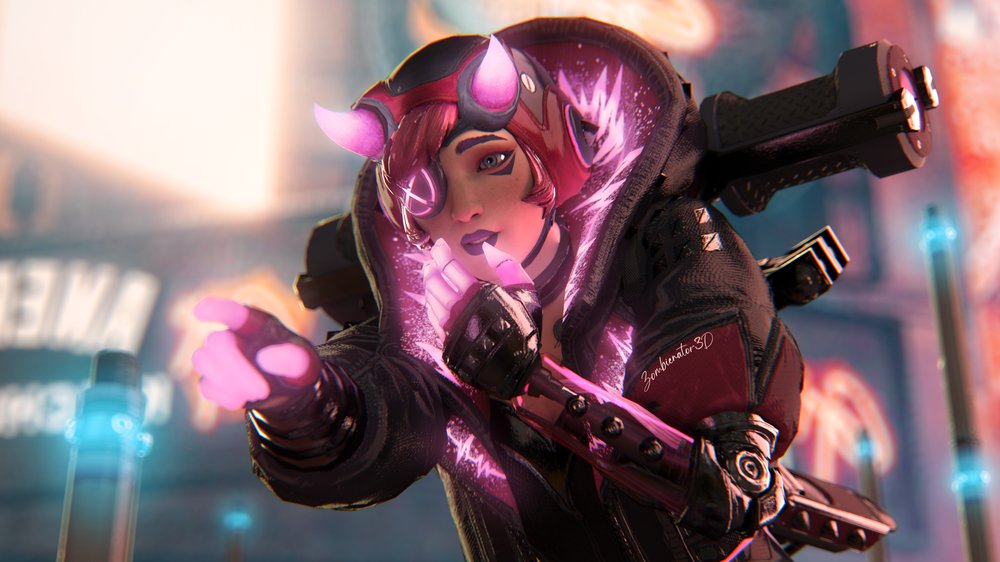 While it is true that Wattson mains in Apex Legends are usually good players and great teammates, there are still some issues with the characters. Wattson received a rework back in season 11, where the power of her fences was increased. But even after her rework, her fences still remain bugged.

Sometimes during fencing, when you place one node down and want to connect it with another, the game just places a separate node, and the two don’t connect. This wastes crucial time if you are in a fight and leaves you vulnerable to enemy attacks. 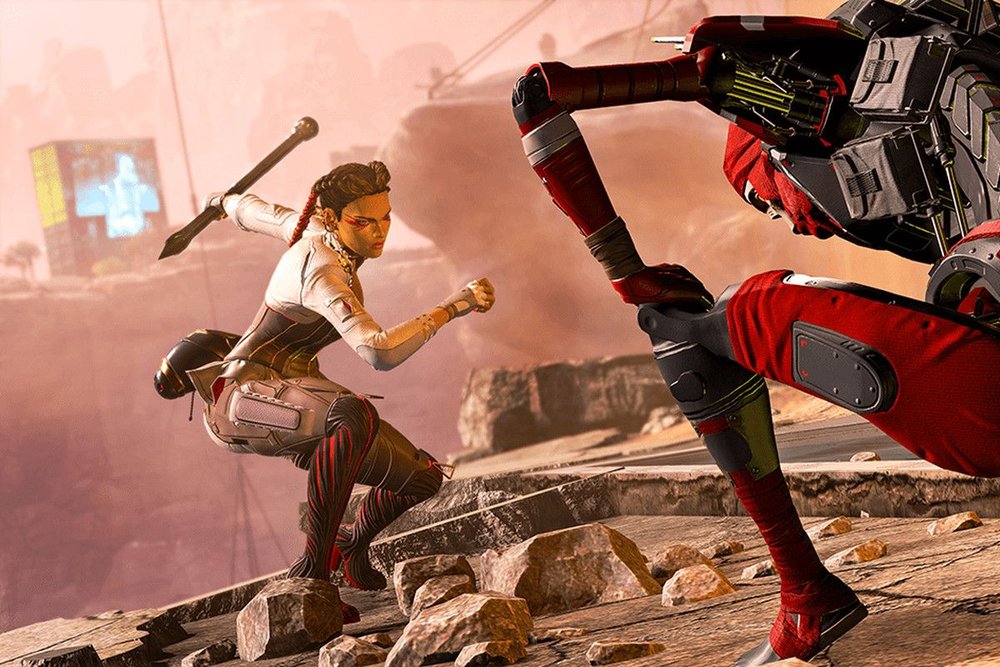 We have to mention Loba in this list of Legends with bugged abilities. Her Tactical Bracelet ability being broken again makes her unreliable and diminishes her value in a competitive game. Because, after all, you can’t have a Legend that doesn’t work consistently with its abilities and expects players to play it.

Suppose there is a situation where you need to get away from enemies, and you are solely relying on the Bracelet. In that case, you need to ensure it will work properly. Otherwise, what good is she? 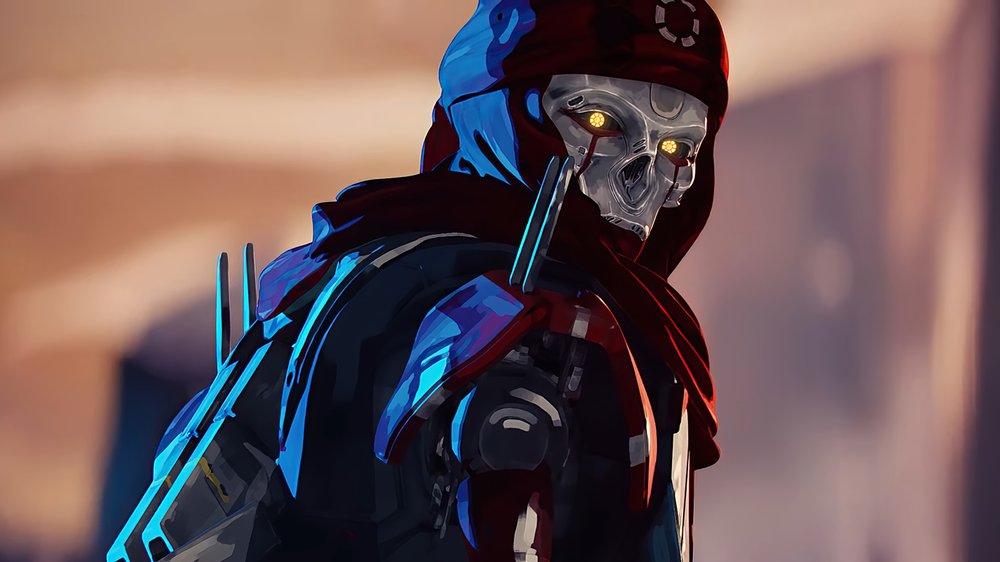 Revenant is not the Legend it once used to be. To get the most out of Revenant’s kit, you need to coordinate with your teammates to set up attacks and lurks using his climb Passive ability. His Ultimate has also received multiple nerfs, making it only viable in particular scenarios.

If you have a well-coordinated team, then Revenant can potentially work for you. But realistically speaking, Revenant is not a good Legend, which is why he is the fifth Legend on the list of worst Legends in Apex. 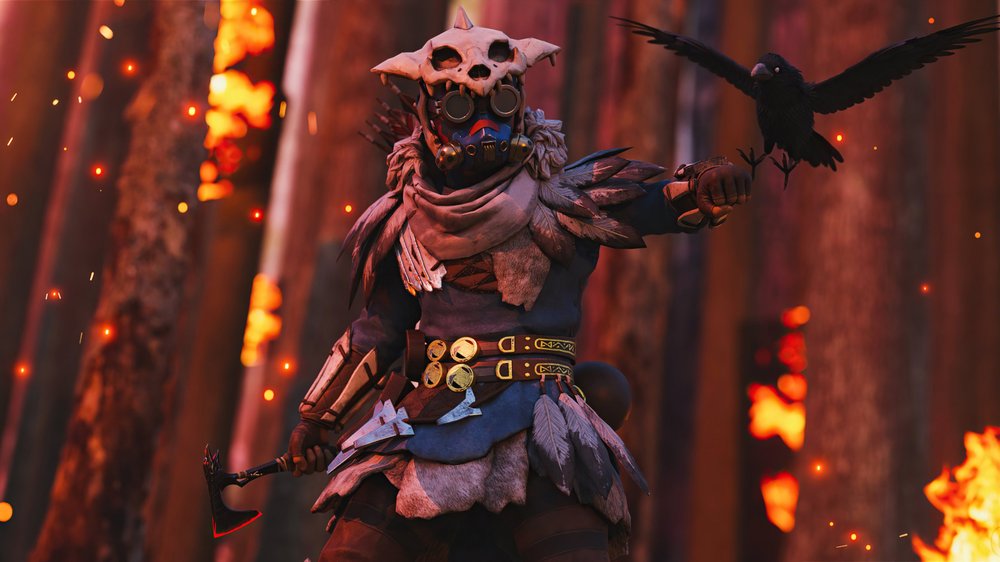 Bloodhound is one of those events which were popular at one point but now have been replaced by newer Legends, which in this case is Seer. Bloodhound’s scan can reveal enemies within a 120 degrees field of view, so you have to be careful which way you fire it. But it only reveals enemies for 3 seconds before going to a 25-second cooldown.

His Passive allows him to see the tracks of enemies in the last 90 seconds. This ability becomes significantly less helpful as the game's pace slows down. Seer’s passive, however, can be used constantly to track the current direction of enemies as long as the enemy is within a 55-degree field of view and a 75-meter radius. 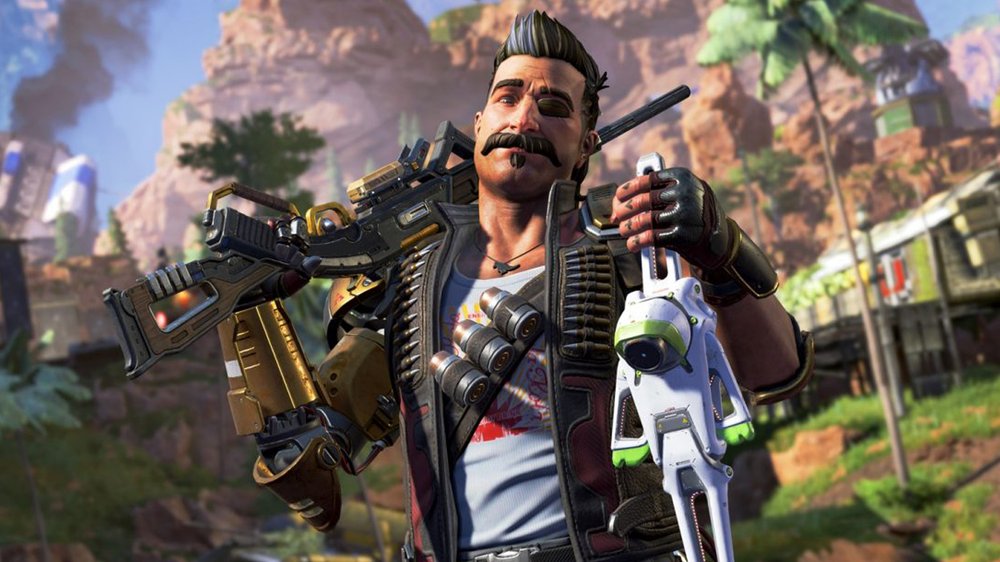 Fuse’s Tactical Knucklecluister ability can be annoying to play against. It forces players to leave some areas and makes fights easier by not allowing any cover to the enemy team. But unfortunately, that’s where his perks end. His passive grenades carrying ability is excellent, but many teams will just disengage from the fight once you have thrown a lot of names on them.

His Ultimate Ring of Fire ability is pretty useless since many characters like Wraith and Valkyrie can use their abilities to get out of the ring quickly. This is why Fuse isn’t that good of a character. 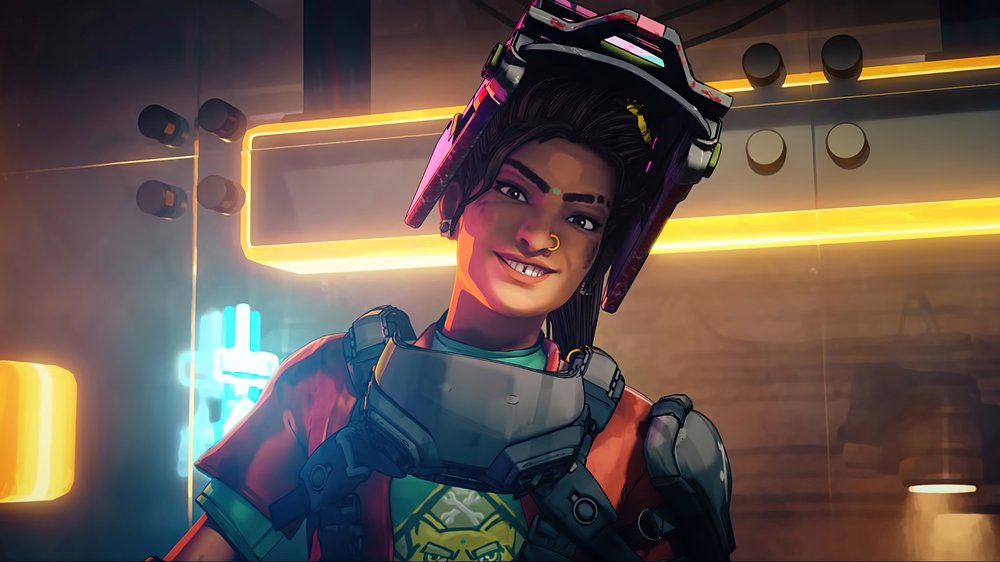 Rampart recently got buffed, and she is pretty good at taking and winning fights now. But the main problem with Rampart is that she doesn’t fill any significant role in a team. She isn’t a supporting character or good at being a secondary fragger.

If you want to hold off and camp in a building, there are better character options to fill that role, like Caustic and Wattson. She can’t be played aggressively either since you need to set up her amped cover and take fights from behind it. All this is why she doesn’t have much usefulness in-game and can be replaced with other more suitable Legends. 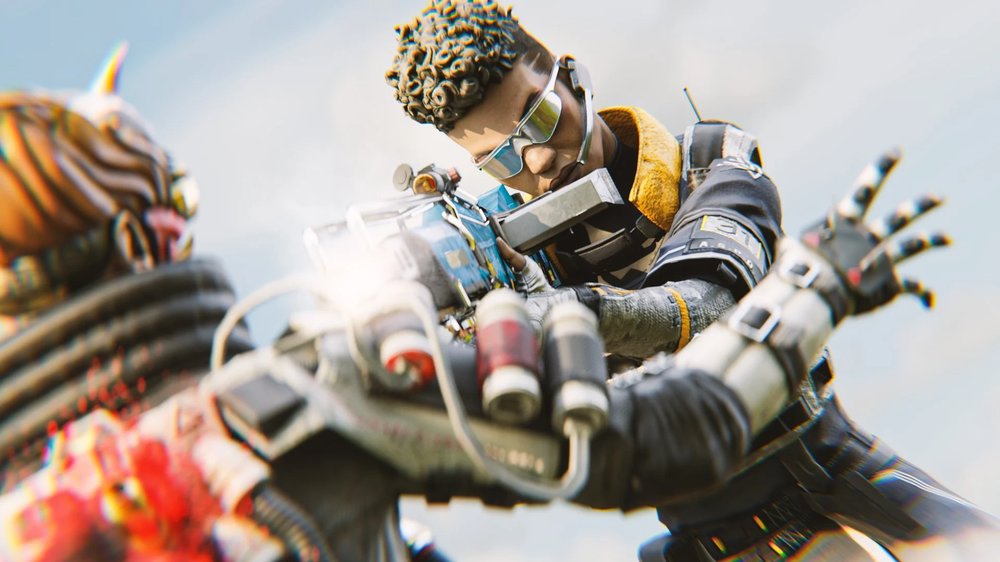 Bangalore is not a lousy Legend. She is good at what she is supposed to do. But her abilities aren’t that good as compared to some others. She is the perfect example of a mediocre Legend. She doesn’t have any outstanding qualities to her, and neither does she necessarily need any buffs.

Bangalore is often a favorite of new Apex players because of her simple yet valuable abilities. And once in a while, you may run into an experienced Bangalore player who knows to utilize her abilities fully. But for the most part, she is just an okay-ish Legend. 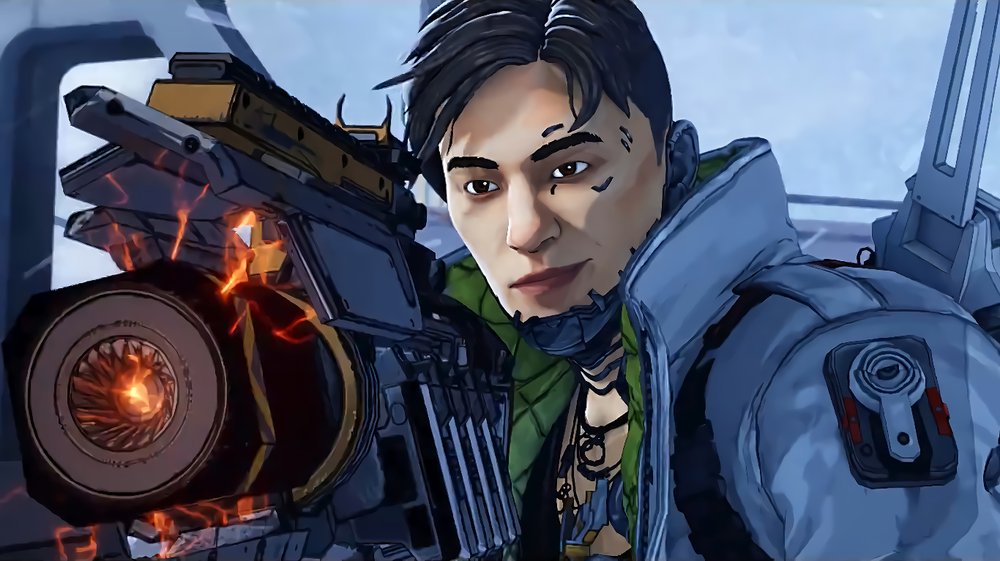 Crypto is not a lousy Legend, but he is tough to central and gets used to. It takes a unique play style to get the most out of his kit. If you want to play Crypto, then you need to make sure that you have a communicative team who can discuss strategies and play around with your drone.

It takes a good Crypto main to play his kit to the fullest. But if you are a newer player, you will most like struggle to play him and would be better off main-ing another Legend.

Apex Legends Season 13 Pick Rates - Most Popular Characters
So today, we are looking at some stats which show us which Apex Legends characters are most famous. We will take a look at the pick rates and determine which are the most popular ...
13/06/2022
774 Views