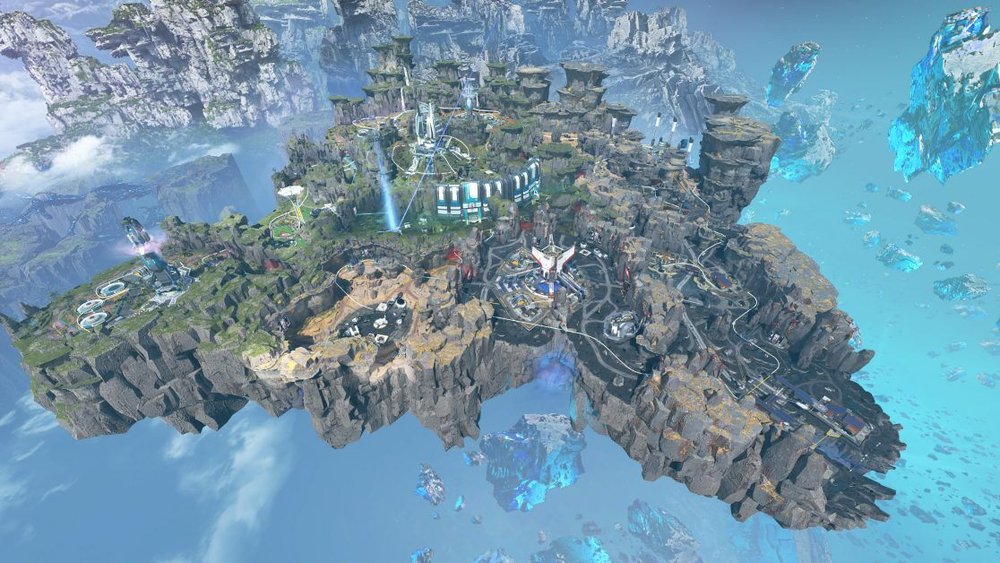 Broken Moon is Apex Legend's latest map which has been added to the game as part of Season 15. Broken Moon seems substantially faster-paced than the other maps in the Outlands, thanks to a zip rail transport system that allows players to cycle between POIs in a matter of seconds.

This new man features a beautiful skybox in addition to some generous scenery. Moreover, the map is expansive and deadly, with numerous distinct areas for players to explore, several of which are vast in scope.

However, playing on a new map isn't always an easy job. Everyone gets confused, especially about the landing spots, because a good landing spot can make or break your game.

So in this article, we will tell you the best landing spots on Broken Moon in Apex Legends.

We have shortlisted a bunch of good landing spots for Broken Moon that will give you a good starting point for your match in addition to some good loot. 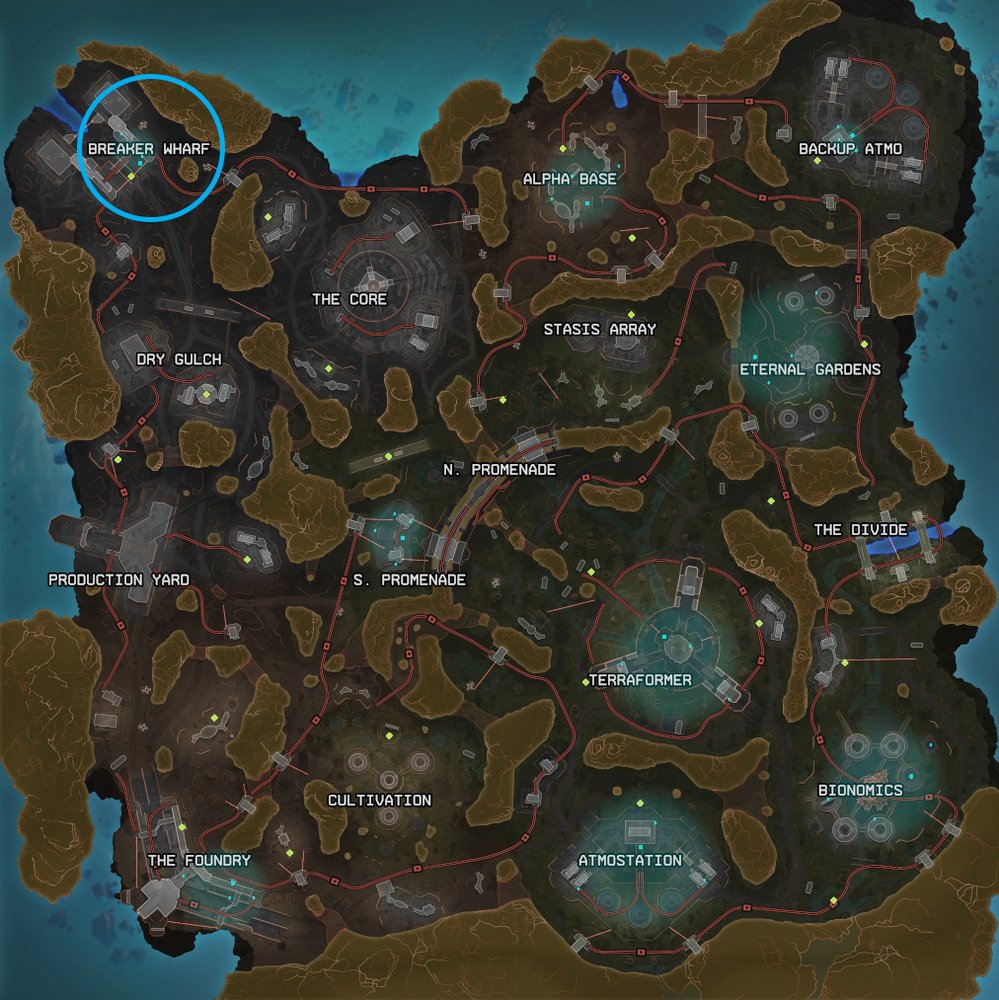 Breaker Wharf is the perfect landing spot for people who prefer to start the game gradually. This landing spot doesn't attract many players, so it is perfect for beginners or returning players. If you prefer to gear up early in the game, then this Broken Moon landing spot will be heaven for you.

This POI is located in the extreme North-West corner of the map and comprises two parallel buildings that are densely packed with verticality and treasure. This location is also ideal for medium-range gunfights and skirmishes with one other squad.

The terrain is easy to explore and allows for amazing outplays. Furthermore, the travel system in Breaker Wharf allows you to rotate toward the next POI as easily when the circle closes up on you and your teammates. 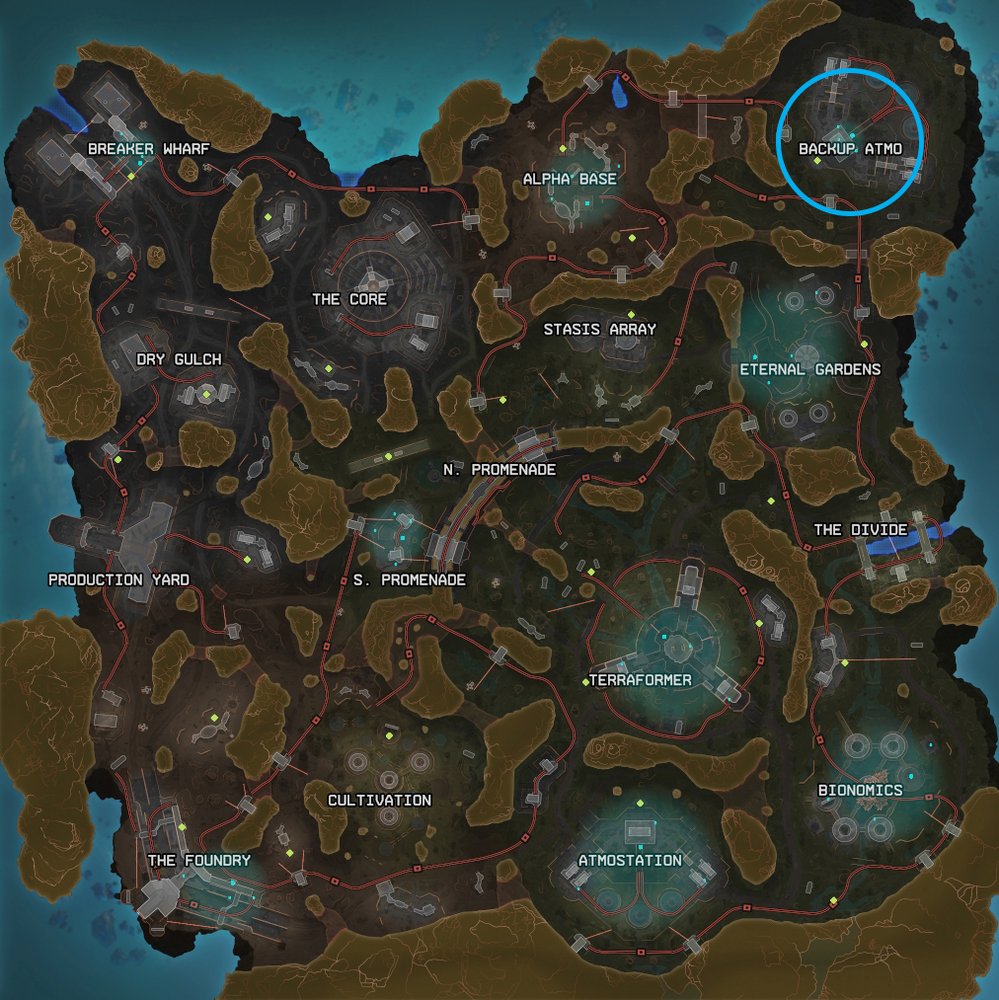 Another Broken Moon landing spot that is perfect for slow-paced gameplay is Backup Atmo. It's located in the North-East corner and is unlikely to be populated unless the drop ship passes directly over it at the start of a match.

With a plethora of loot bins and a few modest structures, you should get geared up as rapidly as possible before rotating to the nearby POIs. There's not much to explore in this area, plus it is situated in the further corner of the map, so the best strategy is to relocate after gearing up. 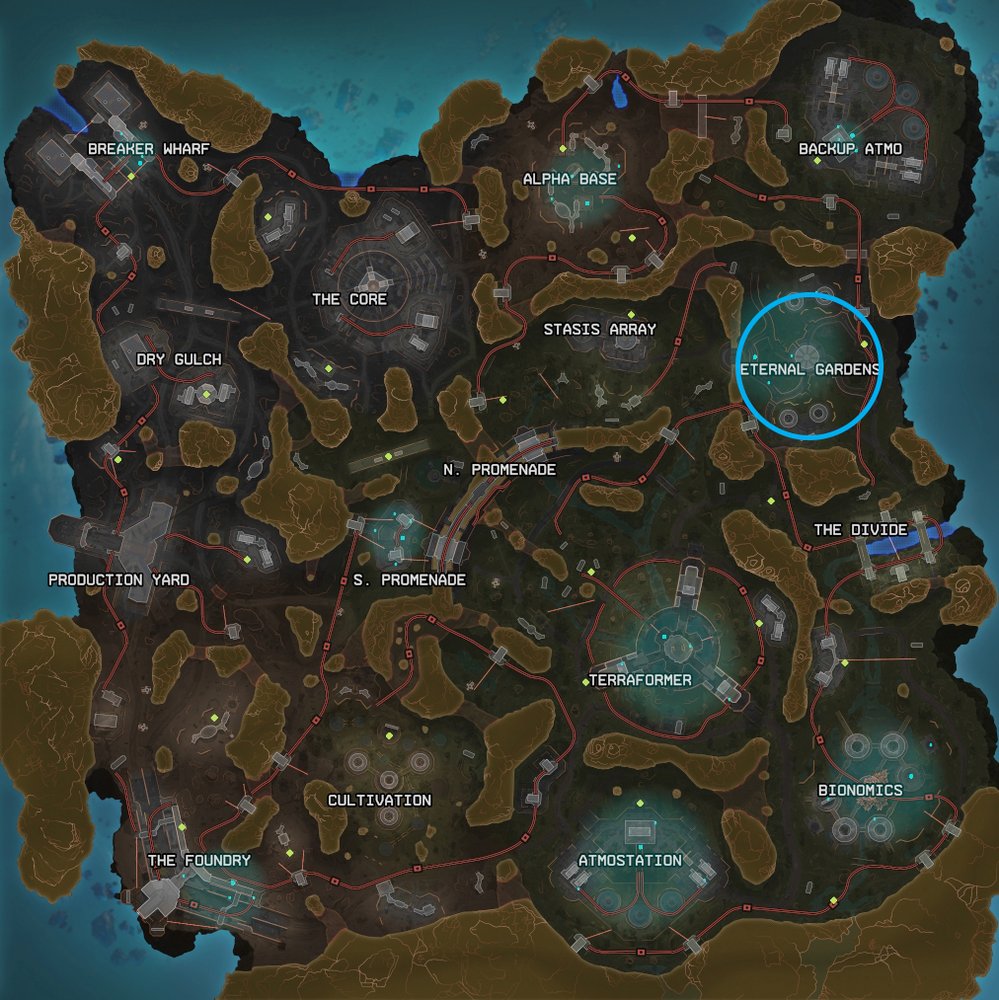 Ether Gardens is also a great landing spot for Broken Moon. It is situated near the corner of the map, but it is often moderately crowded. Eternal Gardens is, without a doubt, the most gorgeous POI on Broken Moon.

A large open environment compels players to engage in long-range range gunfights. So if you like to use snipers, then this is the perfect spot for you. Eternal Gardens is the only Broken Moon landing spot that features a jump tower.

So if things get too intense, you can pack your loot and use the jump tower to escape this POI easily. Because it's on the east side of the map, rotations to Stasis Array and The Divide are both excellent alternatives when you've finished admiring the gardens.

Moreover, you can also escape toward Terraformer by using the jump tower. Speaking of Terraformer… 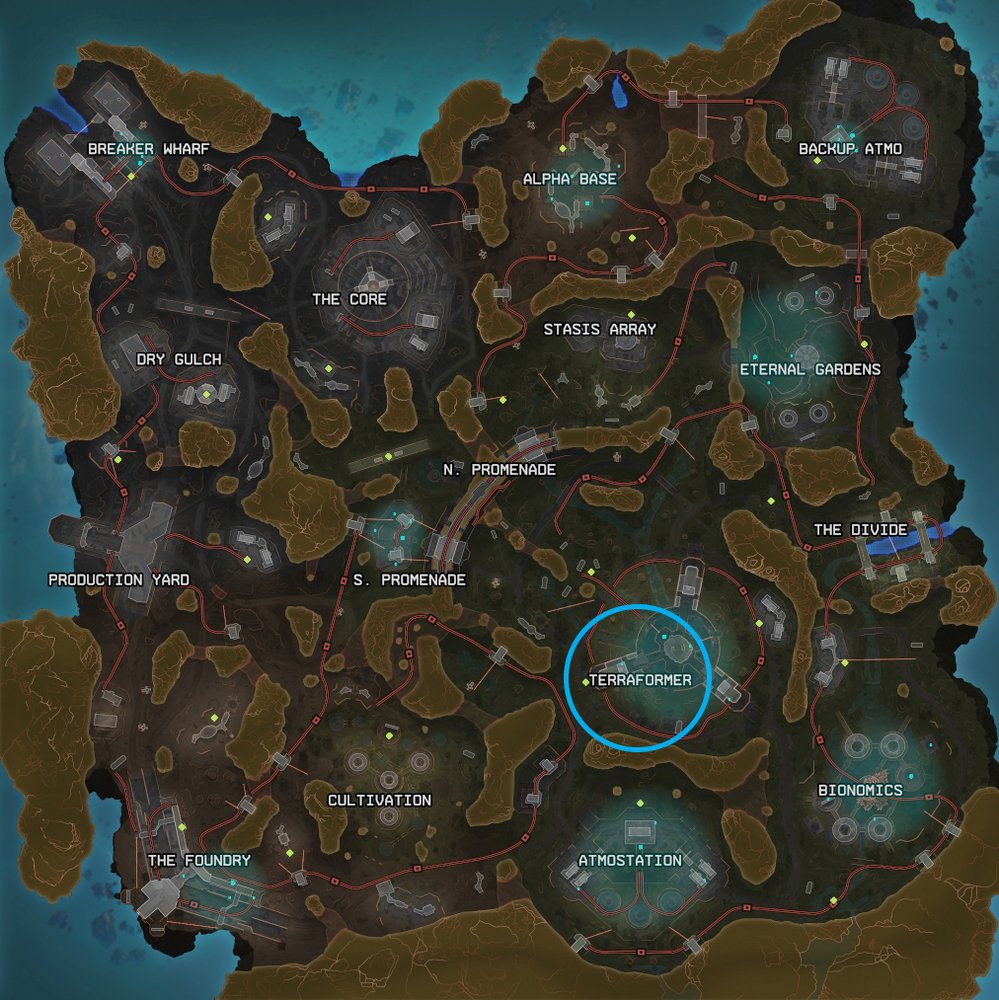 When it comes to the best Broken Moon landing spots, then you can't go wrong with Terraformer. The Terraformer is located in the center of the map and is one of the game's most popular landing sites.

Defensive Legends, such as Apex Legends' Newcastle, can set up impressive defenses, but they can be dodged by teams who use various Legend skills wisely. So if you have an aggressive playstyle, then Terraformer is an amazing landing spot for you and your teammates.

If you're new to the game, I would not recommend jumping into this location. Your game will end as soon as you land, so it isn't worth it. However, if you prefer to go big or go home, this is the ideal Broken Moon landing spot for you.

It goes without saying that Terraformer contains more than enough loot for you and your teammates. However, you have to act quickly to grab the loot before someone starts shooting at you. You might even need to engage in a fistfight. 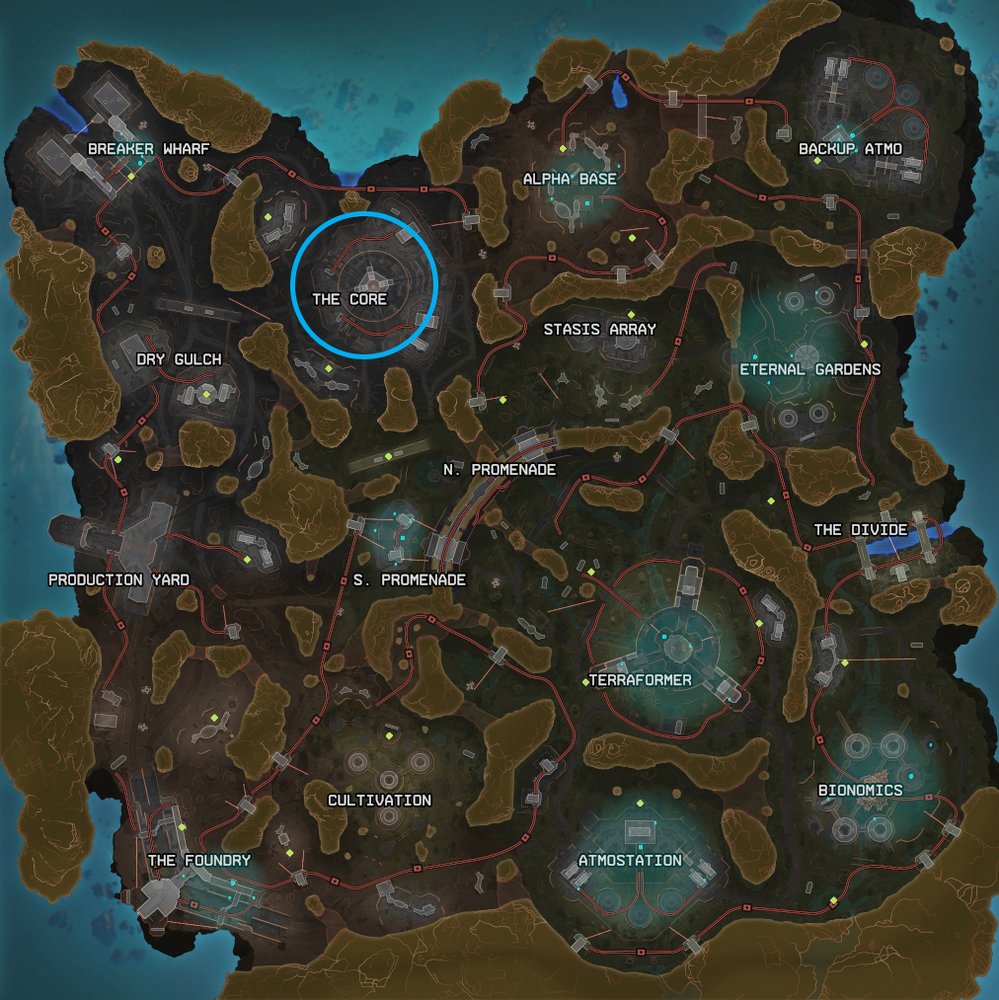 The Perpetual Core is a great landing spot if we move toward the northern part of Broken Moon. This is a rather large POI, so you can loot with ease here. Even if it gets populated, you don't have to worry about getting choked because there are a lot of ways to escape safely.

Again, it is best to land here, take a couple of enemies out, and then rotate toward the nearby location. Due to the high-tier loot available here, it can easily get crowded really fast. This location is a good choice for players who want to collect a lot of loot while also dealing damage.

If you want to upgrade your shield, then this POI is worth it. It is especially perfect for players who like a good balance between defense and offense. All of these elements make the Perpetual Core one of the best landing spots for Broken Moon. 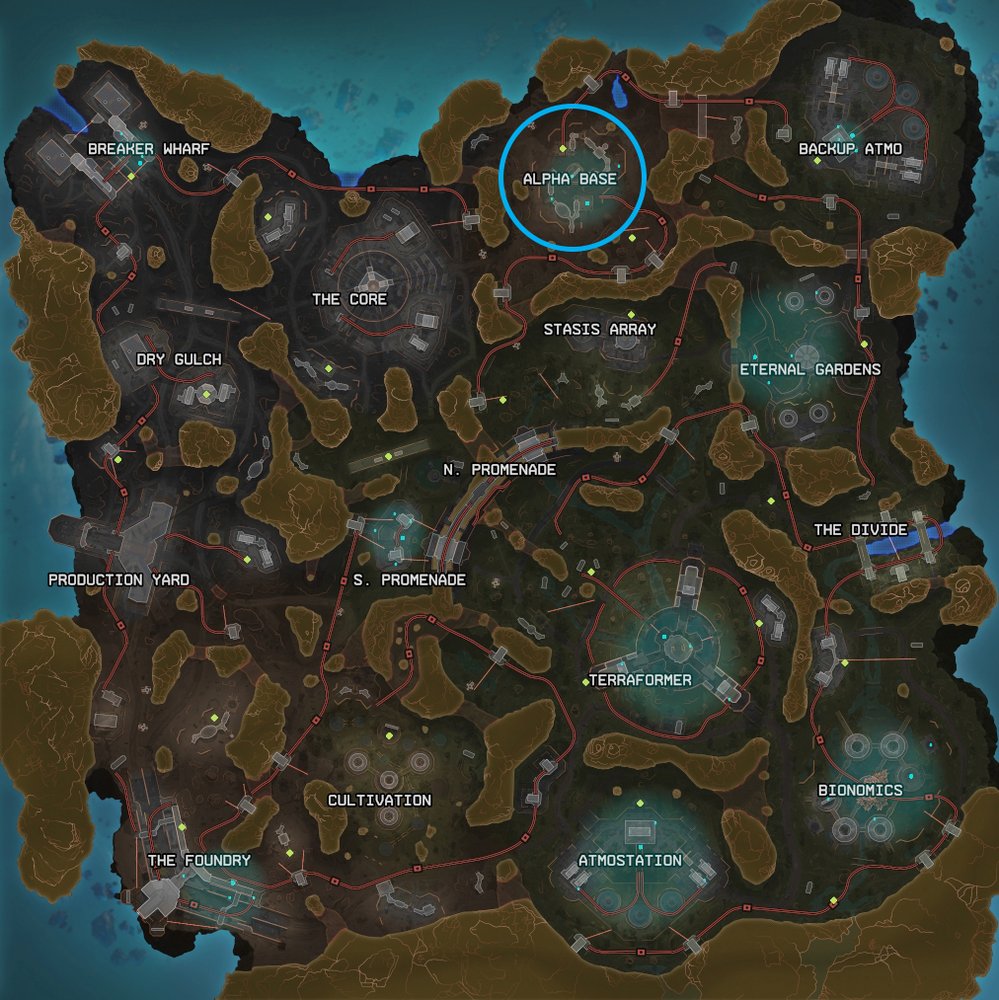 Alpha Base is another densely packed Broken Moon landing spot. Alpha Base is located inside a massive lunar crater, and you must battle for your rewards in this POI. So anybody seeking to rack up kills should certainly try landing here.

If you're an aggressive player, then you can have a good time if you land at Alpha Base. You can go in guns-blazing and easily get some kills. Moreover, you can easily become the champion in this POI if it gets crowded.

It is best to use shotguns in this area because all the buildings are closely packed. In addition to that, the surrounding walls keep gunfights limited, so you'll have to remove all rivals before seeking to leave the region.

Does Apex Legends support Crossplay to play with friends?
Today, the game is available to enjoy with Crossplay on platforms like PC, PS4, PS5, Xbox One, Xbox Series X and the Nintendo Switch. These platforms make for an enjoyable gaming ...
07/06/2022

The Top 10 Best Apex Legends Team Compositions
Apex Legends is a team game. The game doesn’t even have a solo mode, so it is better to play with a bunch of friends. In addition, Apex Legends feature a ton of characters with di...
30/09/2022 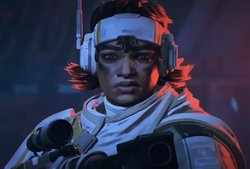 How to play Vantage in Apex Legends (Complete Guide)
Apex Legends’ new season comes packed with a lot of new content, including a new Legend. Vantage has finally arrived in Apex Legends. She was revealed as the next Apex Legend to ...
21/08/2022
Comments
No comments yet
Please login to leave a comment.
Login
Streams
Live
Streams
Live
Popular