The Rarest Fortnite Skins You Need To Know In 2022

Arena mode in Fortnite is the main competitive mode where players can compete against other players of similar skill levels. The Arena playlist right now includes 3 game modes; Solos, Duos, and Trios and was added to the game in Chapter 1, Season 7. The mode has been modified multiple times since its release.

Arena mode is great for players to compare their skills to others and see what skill level they stand on, which can be seen by their “League”. To climb up to higher leagues, players must earn points in the game called “Hype”. These are earned through eliminations and placements. The best part is that having a certain amount of points can enable you to compete in tournaments and cash cups.

So it does pay to be a sweaty gamer.

The Arena Game mode is different from the normal mode. There are even some items available in the normal mode which cannot be found in the Arena mode. Here is the complete set of rules that are followed in Arena playlists and Tournaments: 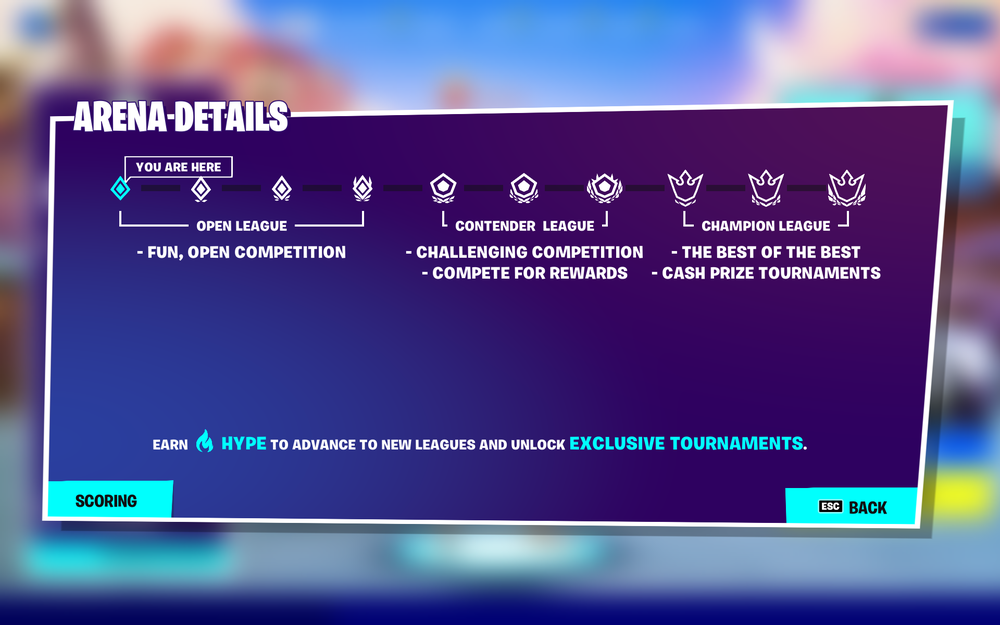 Siphon mode once used to be in both normal and Arena playlists but then it was removed from the normal mode. Siphon means that players will receive 50 Health or Shield gain after getting a kill. This encourages players to take more fights as successfully winning a fight will increase your hp.

In Arena mode, you don’t have to necessarily spend a lot of time healing up after taking a fight. The Siphon settings mean that you will always be ready for the next fight!

The storm in this mode is more dangerous than in the normal Battle Royale mode. The first storm circle takes 30 seconds longer to close than usual while the rest of the circles take the same amount of time. There is, however, another modification to the later circles.

All Storm circles from the 5th one are called “moving” zones. This is because the zone doesn’t just shrink down in size, it also changes its position. The 5th circle takes place half-in and half-out of the circle and is known as the “Half-and-half” zone.

These storm circles are 8 -10 tick and can deal a lot of damage if you are caught outside the circle. 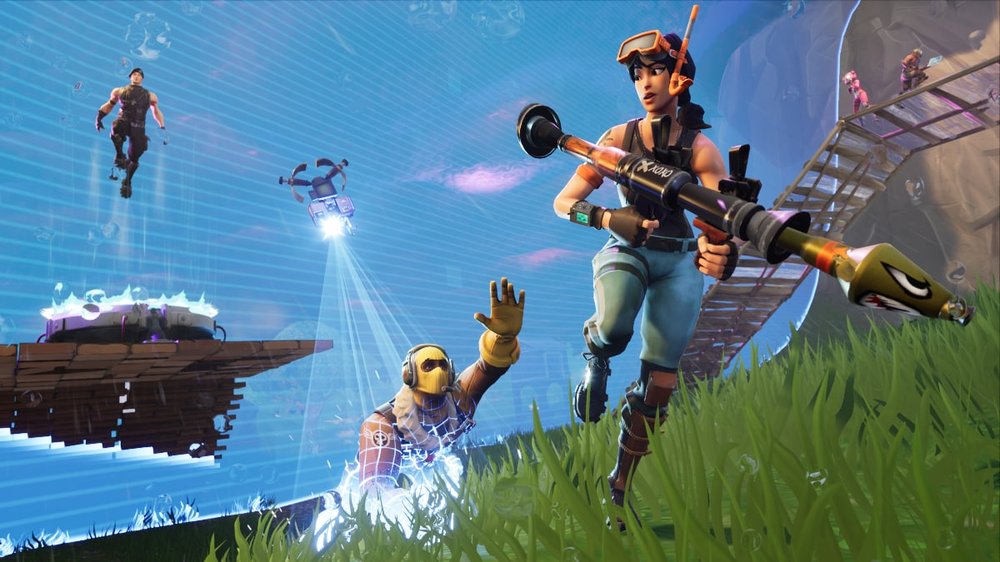 Storm surge is a unique mechanic which was added into the game to encourage fighting and dealing damage to enemies. Storm Surge activates when there are more players alive than there should be in the later storm circles.

It shows a warning before it activates. After activating, it starts to deal 25 damage every 5 seconds to certain players who have a low damage output. And those players are immediately eliminated if they are less than 25 hp. In duos or trios playlists, these players are directly eliminated instead of being knocked, even if their teammates are still alive!

If you will be damaged by Storm Surge or not depends on the damage dealt. There is a certain threshold that you have to meet to be safe from storm surge damage. For the players who are below the threshold, there will be a pop-up on their in-game UI indicating how much damage they have to deal to meet the threshold.

Storm Surge does not activate in every match. It only activates when there are more than 70 players alive in the 3rd storm phase, 50 in the 5th storm phase, and 30 in the 7th, 8th, and 9th phases.

Bus Fare is a mechanic in the game that punishes players for performing poorly in a match. Every time you start a match in Arena mode, there are some Hype Points deducted from your total score. This pressurizes players to perform in the match and encourages them to play more strategically. It also penalizes players who repeatedly play Arena games and die immediately only to start another game.

There is no Bus Fare in the first 3 divisions (1-3). This means that if you don’t perform well in a match, there will be no deduction in your total hype. However, from division 4 there will be a bus fare of 10, meaning for every match you play in division 4, you will lose 10 Hype Points. In Division 5, it's 20 points. Division 6 is 30 points. Division 7 is 50 points and so on. Every division you climb will add another 10 points to your Bus Fare.

Lastly, the bus fare is applied after entering the Battle Bus. Meaning you can safely back out of a game from Spawn Island without losing any Hype Points. 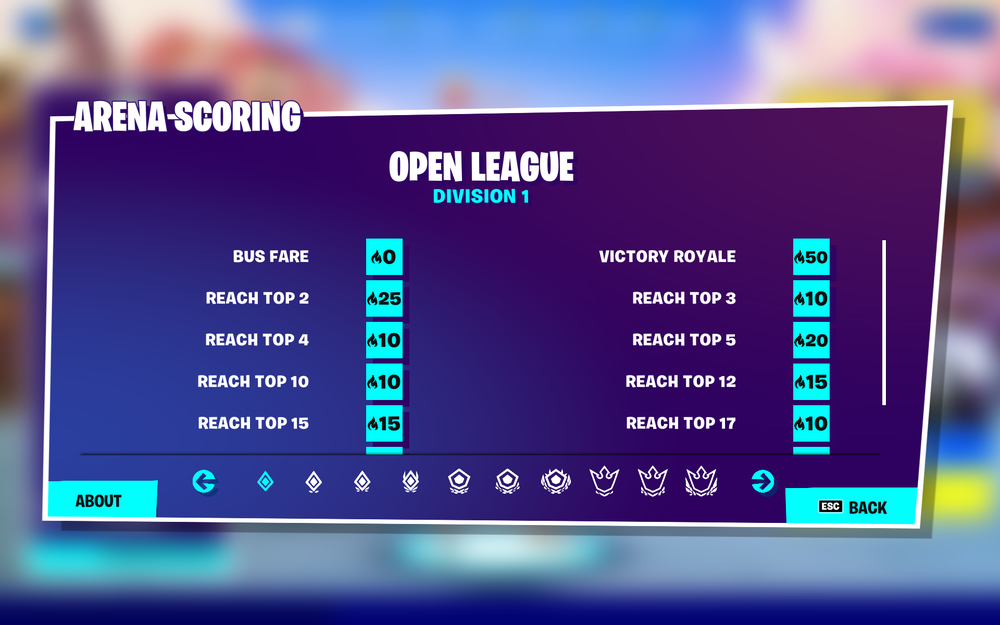 Ranking Based on Hype Points

If you want to check what League or Division you will be placed in based on your Hype Points, here is a detailed chart.

The 10 Best Anime Skins In Fortnite (2022)
Fortnite is quite well-known for including unique skins in the game regularly. Fortnite has recently had many crossovers with popular franchises like Marvel, DC, and even anime. W...
23/07/2022
657 Views

The Top 10 Best-Looking Fortnite Alien Skins
Aliens or extraterrestrial lifeforms have always been a popular topic in pop culture. Whether it is the scary Xenomorphs or the adorable E.T, aliens are an interesting subject. In...
06/08/2022
613 Views

How Many People Play Fortnite Player Count (2022)
Fortnite has attracted 10 million gamers just 2 weeks just after its release. Throughout this time, Fortnite had a 350 million player base, with 22.5 million new players who joine...
07/06/2022
1891 Views

Where To Find All NPC Characters In Fortnite Chapter 3 Season 3
So to help you find these characters, we will tell you all the Fortnite NPC locations. You can interact with these NPCs to gain slight advantages. So, let’s jump right into it.
15/06/2022
2006 Views

Can kids play Fortnite? Fortnite Age Rating (2022)
Fortnite is one of the first Battle Royale games which was released back in 2017 and continues to be played by millions of players. Fortnite is loved for its different play styles...
18/06/2022
2144 Views
Comments
No comments yet
Please login to leave a comment.
Login
Streams
Live
Streams
Live
Popular

The Rarest Fortnite Skins You Need To Know In 2022