Epic Games introduced Creative Mode in Fortnite in 2018, and players have been testing their skills since then. This mode allows players to let out their creativity and create the map they want with the numerous tools they are provided.

Creative mode contains a wide variety of genres, including Horror maps, murder mystery maps, Hide and seek maps, etc. However, the Gun Game maps have also taken the Creative mode by storm and are enjoyed by many players.

These maps keep things relatively simple and enhance a player's shooting skills. If you ever feel like you need shooting practice with different firearms, this is the map you should go for!

The rules of this mode are fairly simple, where you play with a group of players on a selected map code. The goal is to eliminate as many players as possible, and with each elimination, you will earn a new weapon. The first player to get an elimination with each weapon wins!

Each Gun Game map has different rules, unique textures, map layouts, and more. The following are some of the most played and most-voted for Gun Game Map Codes in Fortnite.

Here is a list of the Best Gun Game Map Codes popular among a large number of people: 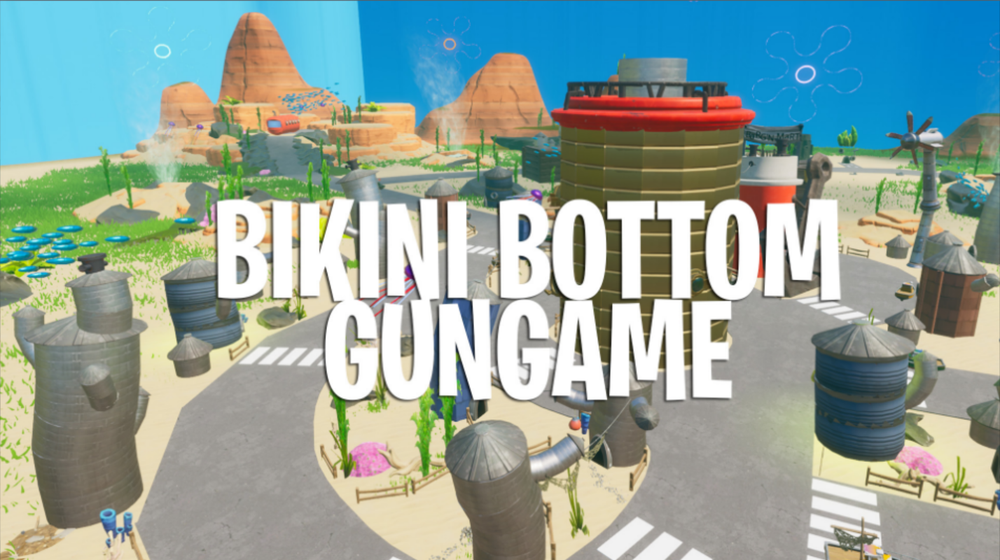 If you grew up watching Spongebob on Nickelodeon and are now a fan of Fortnite, this epic crossover is for you! This map is based on the underwater city of Bikini Bottom, inspired by Spongebob Squarepants, where you will explore the map and battle it out with your friends.

Even though this map is for Spongebob fans, other players will enjoy its gameplay mechanics equally. This vibrant cartoon-inspired map consists of many twists and turns, such as the introduction of new enchantments in the game every thirty seconds.

By enchantments, we refer to the introduction of random mechanics within the map, such as sliding, low gravity, damage buffs, and much more. So, get ready to cycle through various weapons with new events constantly taking place around you! 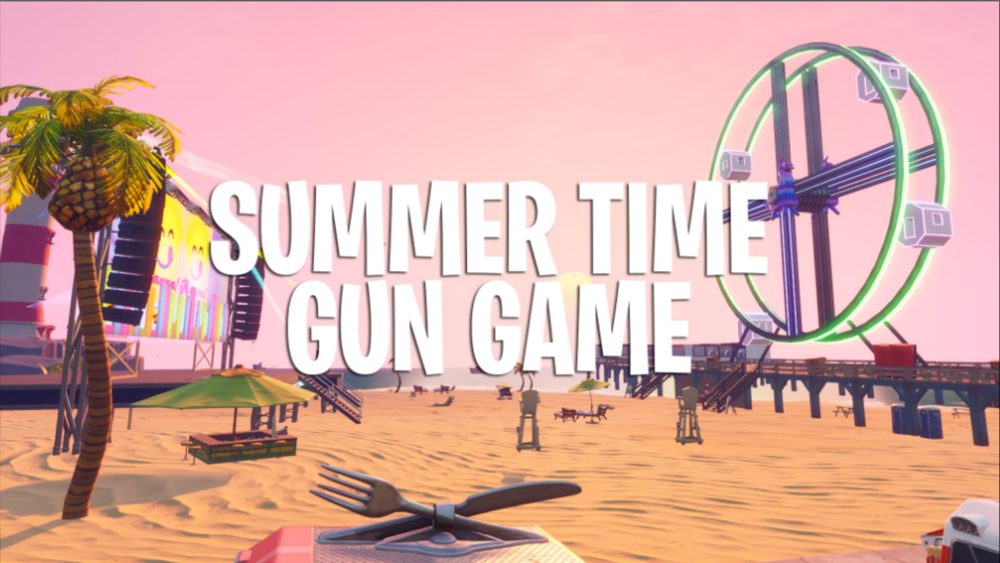 If you are stuck at home and want to spend time at the beach but can't find a way, then we bring you The Summertime Gun Game Fortnite Code. You can live the beach life virtually through your character in Fortnite and enjoy a day at the most beautiful beach, The Slurp Beach!

The popular Gun Game Map code completes the picture of beaches with fast food trucks, a Ferris wheel, and even a boardwalk with carnival games. Head down over to Slurp Beach and be the first to get 25 eliminations! 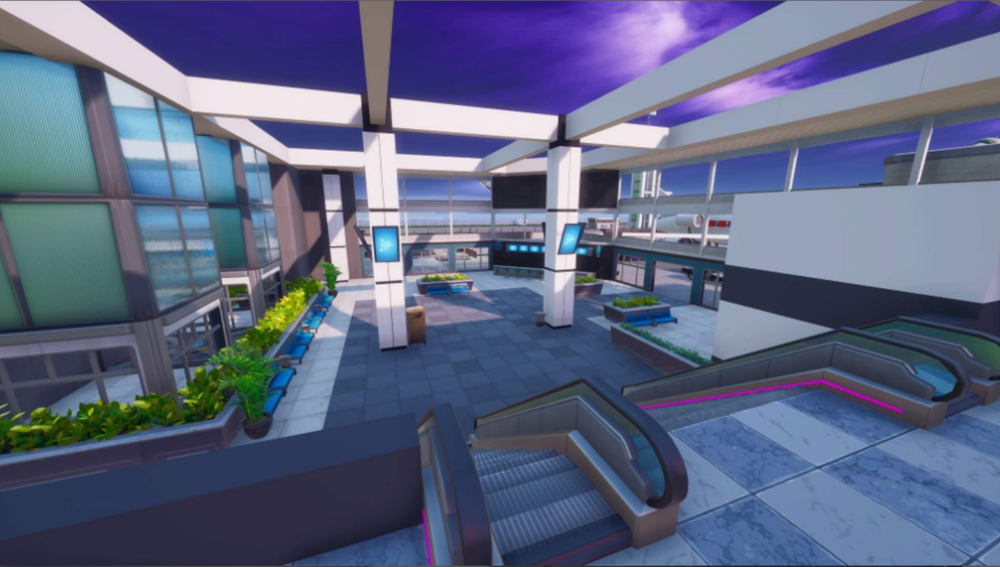 The creator of the Terminal MW2 Gun Game, Jakko, took his sweet time bringing this map into existence, which can be seen through the details. This map is popular and a favorite for all players who are into the Call Of Duty games.

This map is a remake of the terminal in Modern Warfare 2, and its layout is spot-on! It is exactly as one would remember it from the Modern Warfare game, with a big airliner and explorable kiosks. A total of 16 players can join this map, and the first person with thirty eliminations wins.

In this creative Gun Game Map Code, fight in an airport terminal or pull off a surprise attack on your opponents while hiding on the plane.

4. Among Us Gun Game 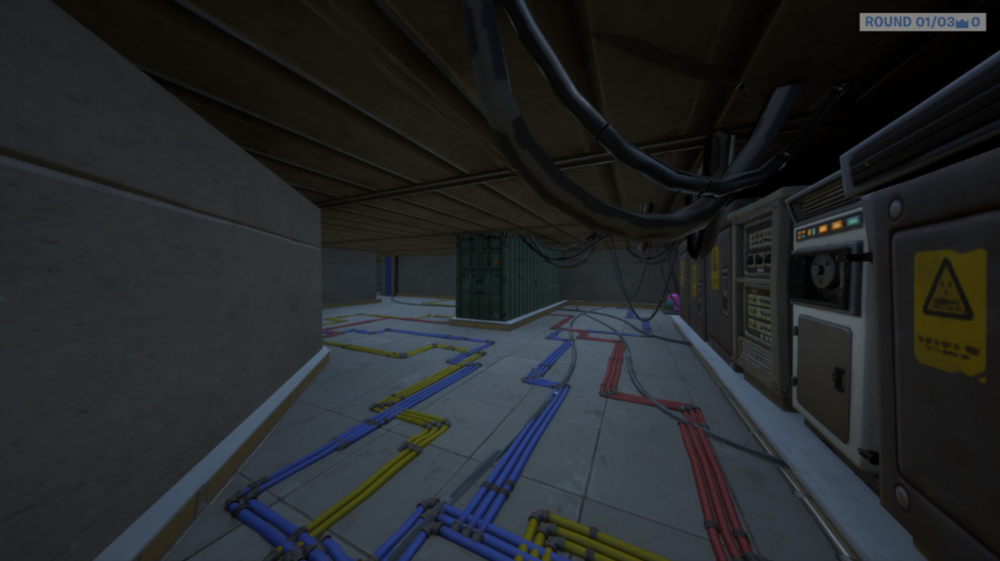 With the release of Among Us and its popularity, it became one of the most unexpected gaming hits, so much so that it even got its own LTM in Fortnite. The players could predict that a crossover would come soon and were desperately awaiting one!

The creator of this map, Tact, finally gave the players what they were looking for and made it exactly like the game. If you are a fan of murder mysteries as well as Gun Games, then this Creative map is made just for you!

The action takes place on The Skeld, the original map from Among Us, and consists of vents through which you can transport from one place to another. 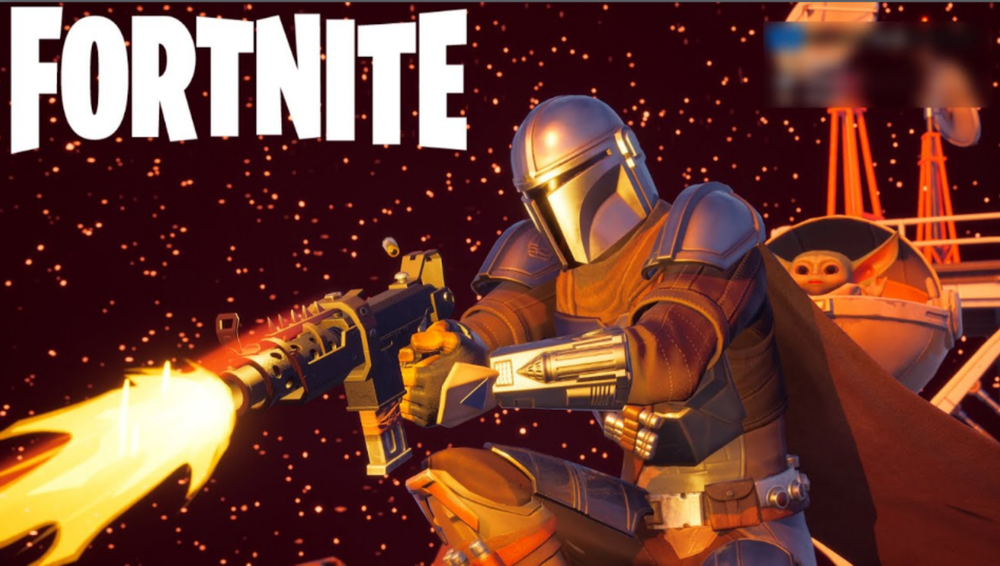 Do you ever sit around and wonder what it would be like to be on mars? Then simply play this exciting Gun Game Map Code, and you will get a glimpse of it yourself! This is an entertaining map as it features a rocky red surface and minor buildings that resemble an early space-faring civilization.

The different players will fight through the gun's roster while protecting themselves by hiding among the red rocks and buildings. Moreover, players may alter gravity with each game and experiment with numerous weapon combinations.

The Gun Game: Mars is a unique game as it has several modification choices that allow players to choose the most appropriate modes for them. Go ahead, grab a couple of your friends and drag them to Mars for a gruesome and savage battle! 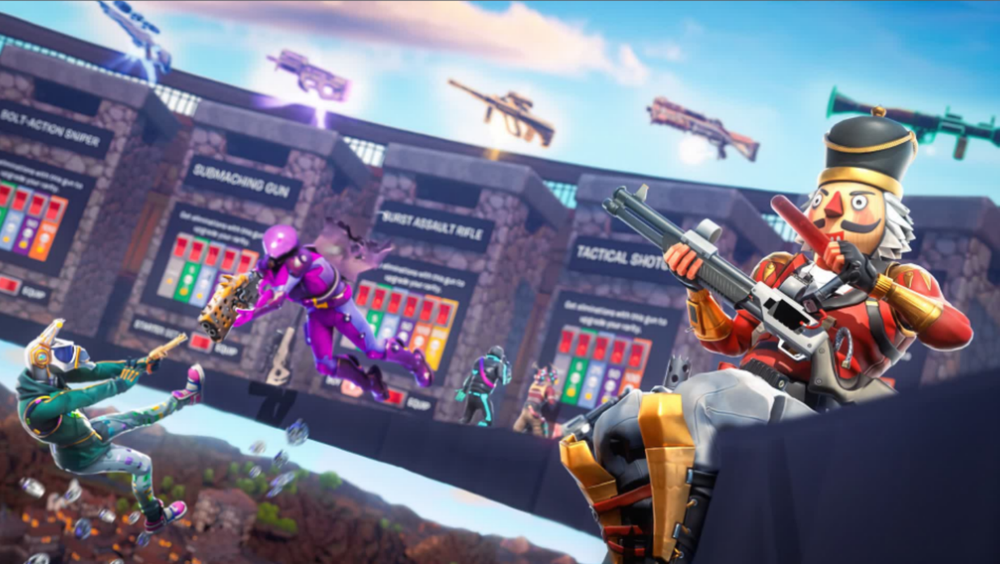 Gun Game Quest is slightly different from the other Gun Game maps, but it is equally exciting and thrilling. In this game, instead of playing a round where you have to cycle through all the weapons to win, you will have to "level up" your weapons by getting kills with them.

The more eliminations you get, the higher the rarity of your weapon will be. If you are eliminated, simply select your preferred loadout again, jump into the action, and start getting some kills!

This twist on the classic Gun Game formula ensures that players can stick to the weapons they like. You will be hooked to this map once you start playing and might end up playing it all the time. 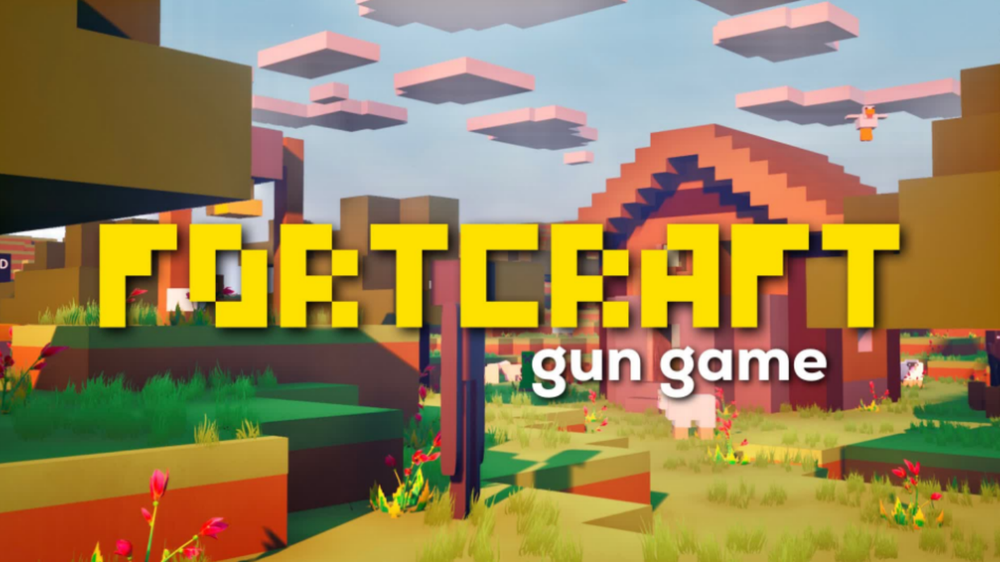 The FortCraft Gun Game Map is not an official crossover between Fortnite and Minecraft but a fan-made Game map that combines both games in the most interesting way possible.

Jeremiahg2005 is the creator of this brilliant map, and if you like Fortnite and Minecraft, you should give this map a go! In this mode, there are 21 weapons available, and players can witness an abundance of Minecraft-themed mechanics.

The FortCraft Gun Game Map consists of everything one might expect from Minecraft and Fortnite. This game is worth playing if you want to catch a break from Battle Royale with something light and fun! 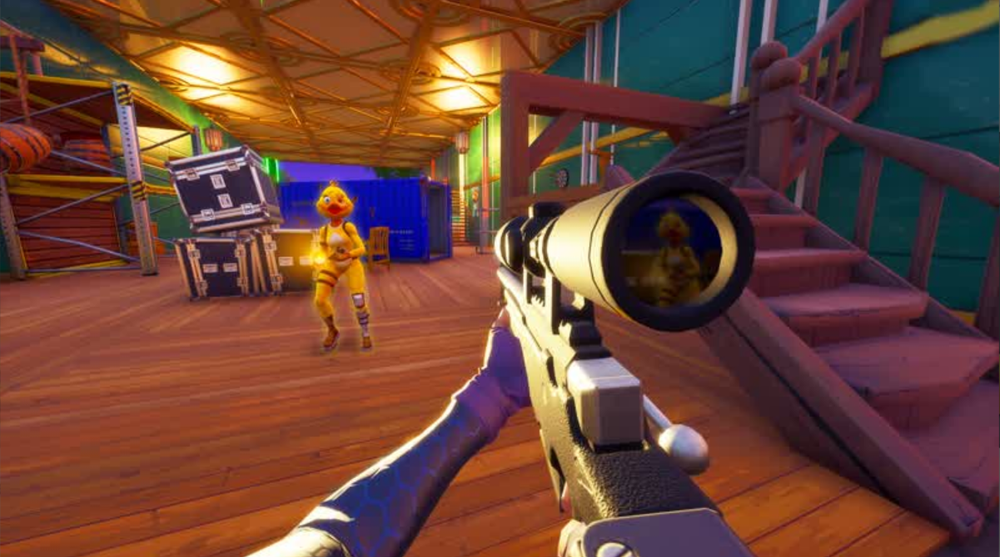 If you are one of the daredevils and want to fasten the pace, then you should try out the First Person Gun Game. It is a well-established fact that Fortnite is played in the third-person perspective by the players, but have you ever wondered what it would be like to play in the first-person?

If yes, then try out this Gun Game Map and get 25 kills to emerge victorious! Play this map with your friends and squad and experience the new and exhilarating first-person perspective that will keep you on your feet throughout the game. 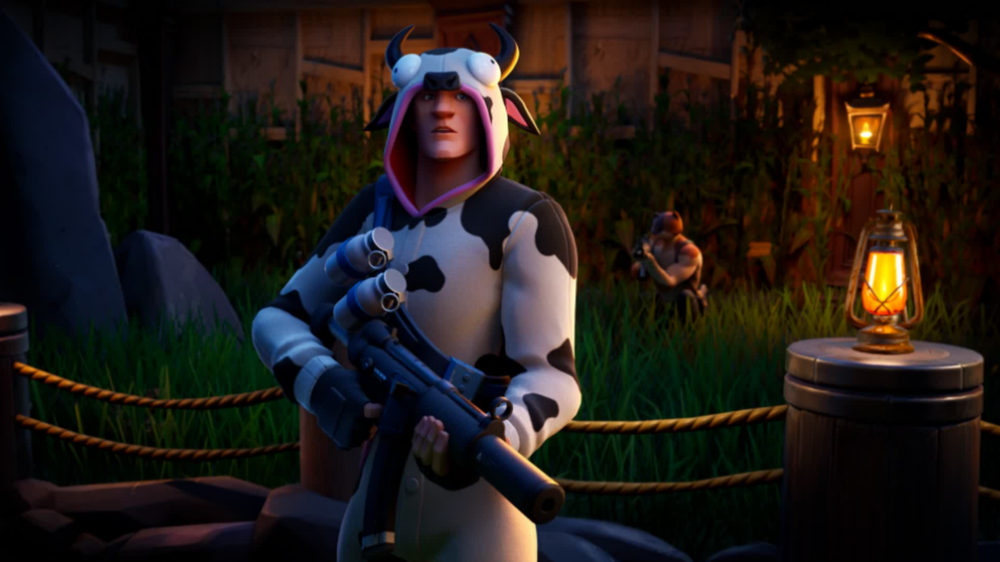 The Zoo Gun Game Map is another interesting take on the Gun Game mode where each player is put into the zoo to fight through the map as different animal classes. Each animal class has its distinct benefits, which means that you must adapt your playstyle accordingly as you go through the gun roster.

The people bored with the Gun Game mode will appreciate this new take on the original mode and will find it exciting. After all, who doesn't want to play a map that consists of both violence as well as animals? 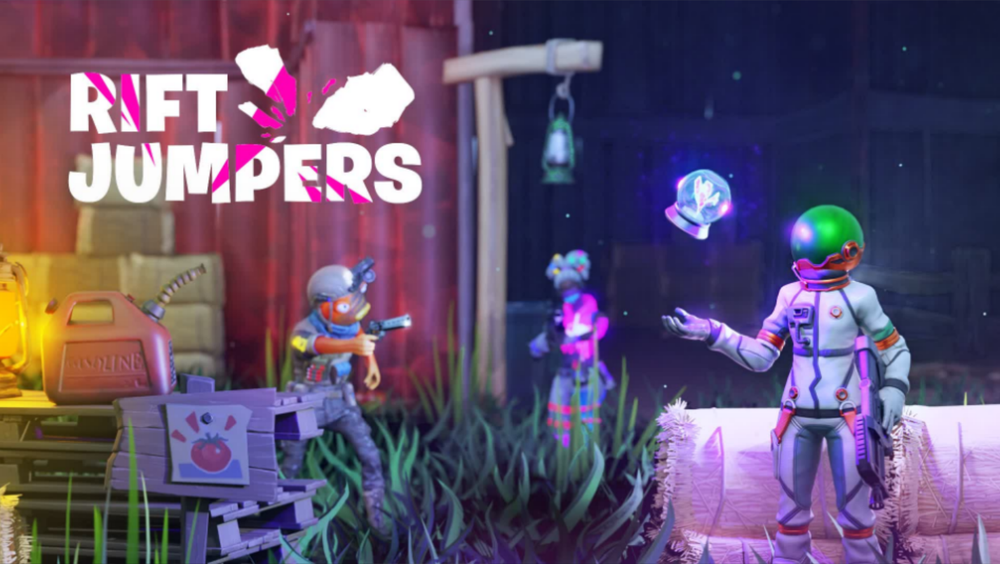 As part of the Rift Jumpers map, players can switch between land and water using the Rift-hopping mechanic from the main game. At any time during the match, players can instantly move between the cover of land and the water's low gravity at will to hide or set up skills.

However, outside of the Rift feature, the map functions similarly to other maps. A total of 16 players can play this map, and the first to have 20 kills is the winner of the match. This gun game is sure to get your heart racing as you battle on land and water!

The Rift jumpers Game Map has proven to be the most popular and unique experience currently available for the Gun Game mode. The Creator of this game map goes by the name of Kiwi and is a famous creator in Fortnite.

How To Hide In A Giant Snowball In Fortnite
Want to know how you can hide inside a giant snowball in Fortnite? Check out this article where we answer this question of yours!
31/12/2022

Fortnite Chapter 3 Season 3: Leaks, Battle Pass, Theme & Trailer
Fortnite Chapter 3’s 2nd season is almost at an end. According to the Battle Pass in game, we’re quite sure that it is less than 2 weeks until the season comes to its epic conclus...
21/05/2022

The Best Fortnite Building Tips For New Players
Are you new to Fortnite and want to get better at building? Check out this article to learn the best Tips you need for improving your building skills!
21/08/2022
Comments
No comments yet
Please login to leave a comment.
Login
Streams
Live
Streams
Live
Popular