Fortnite is one of the most popular games released by Epic Games. It is free to play, available on every gaming device, and has one of the most competitive environments, both casually and in eSports. With Fortnite, you can experience a whole new world!

You may drop onto different islands and compete among other players to be the last man standing. What makes the game even more interesting is that you can hang out with your friends on islands created by others or protect the world by defeating monsters.

Moreover, many streamers have used this game to their advantage and built a career out of it. Twitch is a live streaming platform where live streamers come online and play the game, and millions of people view the game.

Since the game's launch, live streaming on Twitch has been one of the reasons behind the increased popularity of Fortnite. Many famous streamers live stream over Twitch, displaying their skills, moves, and clearing missions.

We have compiled a list of some of the Best Fortnite Streamers, so let's look at some of the top ones!

Here is a list of some of the top Fortnite streamers: 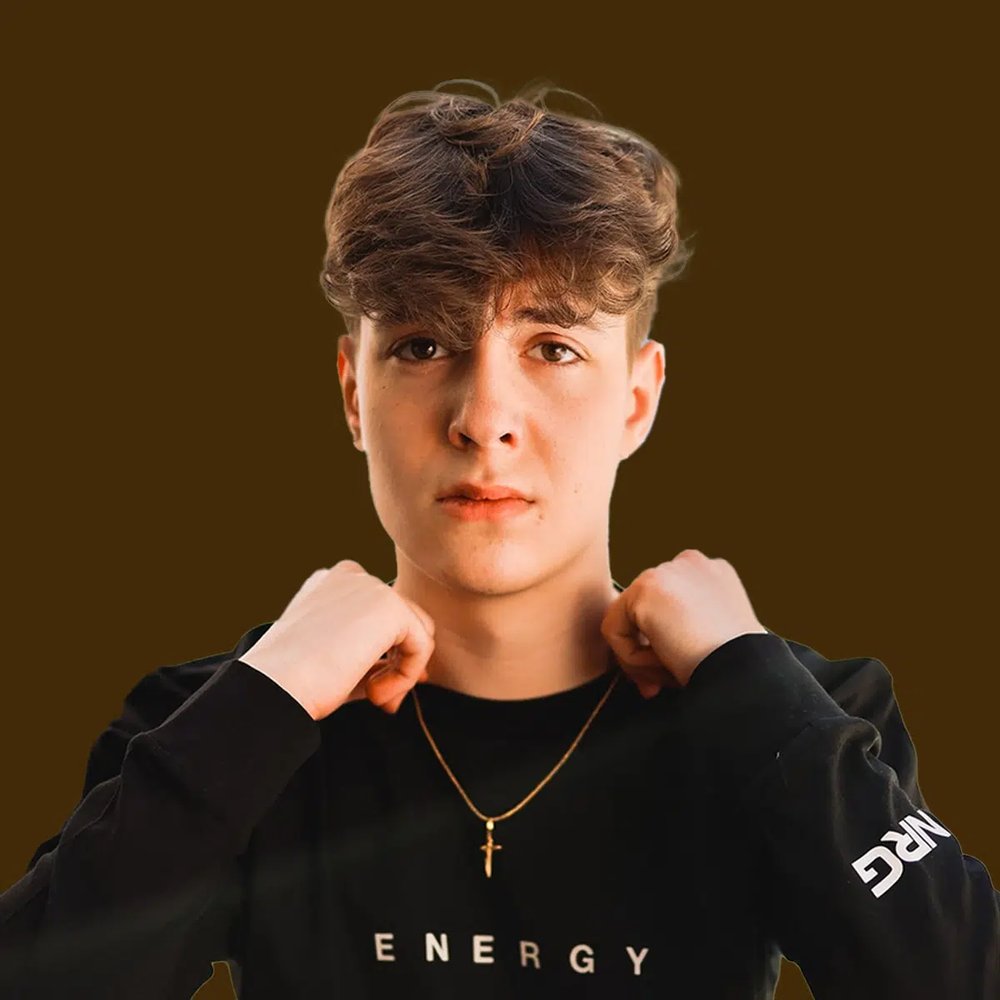 Cody Conrod, famously known as Clix, is a 17-year-old live streamer and professional gamer from the US. He is a member of the NRG eSports who regularly streams Fortnite on his Twitch account. Additionally, Twitch has also banned Clix multiple times in the past.

Despite this, he has gained a lot of popularity, with 5 million followers on his Twitch account and around 2 million subscribers on Youtube. In May 2022, Clix streamed to an audience of 1,286,072 viewers.

In Fortnite Champion Series events, he is often a high-ranking player. As a streamer, people watch him more for his commentary and interactions with viewers than his high-level gameplay. His short time as a content creator has yielded incredible results for him, and there is a bright future ahead of him! 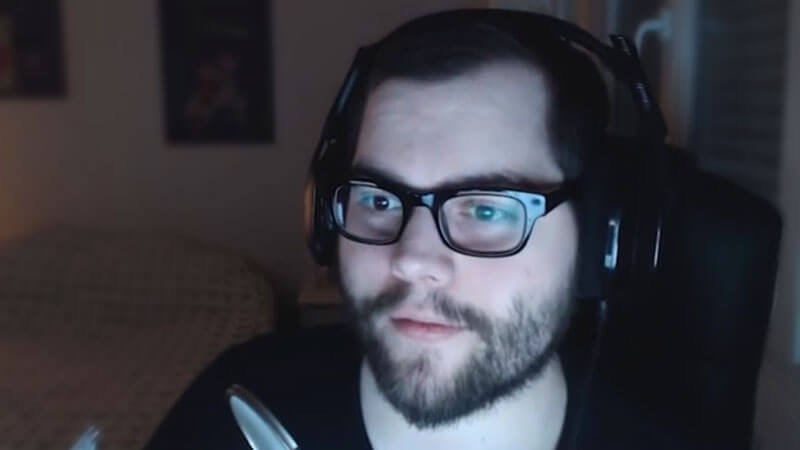 Brett "Dakotaz" Hoffman is one of the more interesting streamers playing today and the best Fortnite streamer to make this list. Dakotaz has been streaming in one way or another since way back in 2012, and, despite being a variety streamer, Fortnite remains his consistent title.

In fact, it is Fortnite that Dakotaz should thank for his increased popularity on Twitch. Furthermore, he is so good at the game that he could easily make the jump to the pro roster if he wanted to. Dakotaz thoroughly enjoys showing off various combat scenes and testing different weapon combinations to challenge himself.

He intricately runs through his mindset and approach with his audience instead of just showing off the gameplay moments. Dakotaz boasts a massive 6.4 million Twitter followers and has close to 3 million Youtube subscribers, further boosting that already impressive profile. 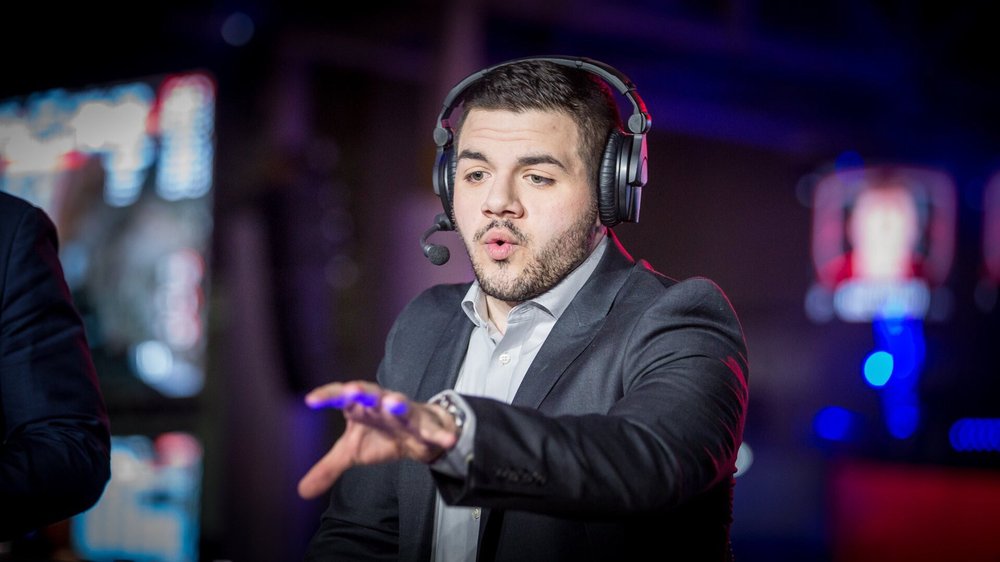 Jack "CouRageJD" Dunlop has a knack for making friends in the community, and despite being in the game for several years now, he still has the same energy and excitement as a newbie. Some of that may be due to his willingness to explore new things and jump between games and streaming partners.

Unlike many popular Fortnite streamers, CouRageJD did not get his start with the game. Instead, he entered the gaming industry as a shoutcaster for Call of Duty League until the end of the Infinite Warfare season. This experience led him to stream and made him an entertaining personality.

What truly elevated his Fortnite career was his dedication to well-edited highlight clips of his best moments. Moreover, CouRageJD has more than 2 million followers on Twitch and around 3.5 million subscribers on Youtube. 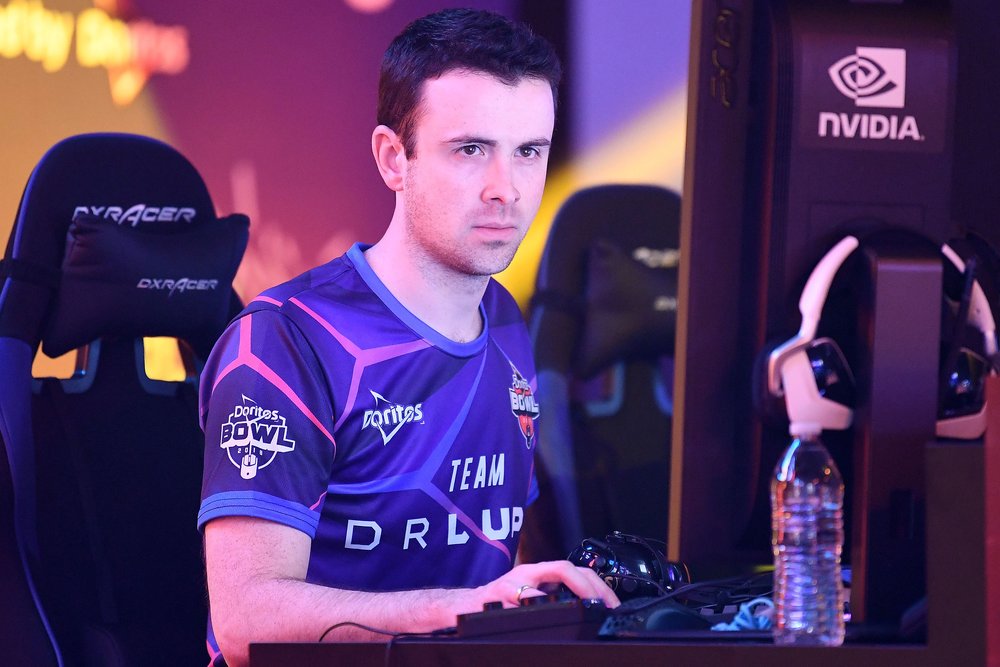 DrLupo is a variety streamer on Twitch, but he got a massive push due to his skills in Fortnite and has amassed over 3 million followers on the popular streaming website. He has diversified his Twitch channel recently, and Fortnite is one of the games he streams.

DrLupo finds new and innovative ways to make gameplay, engagement with chat, and collaboration with streamers an enjoyable time. He engages well with his audience and tells stories from his life to add to the level of closeness with his fans.

Moreover, he teams up and takes on top-tier Fortnite players with a laid-back attitude that could almost be seen as if he is not serious. However, it takes a lot of skill to pull off trick shots, build massive structures, and try other ways to win while goofing-off in-game. 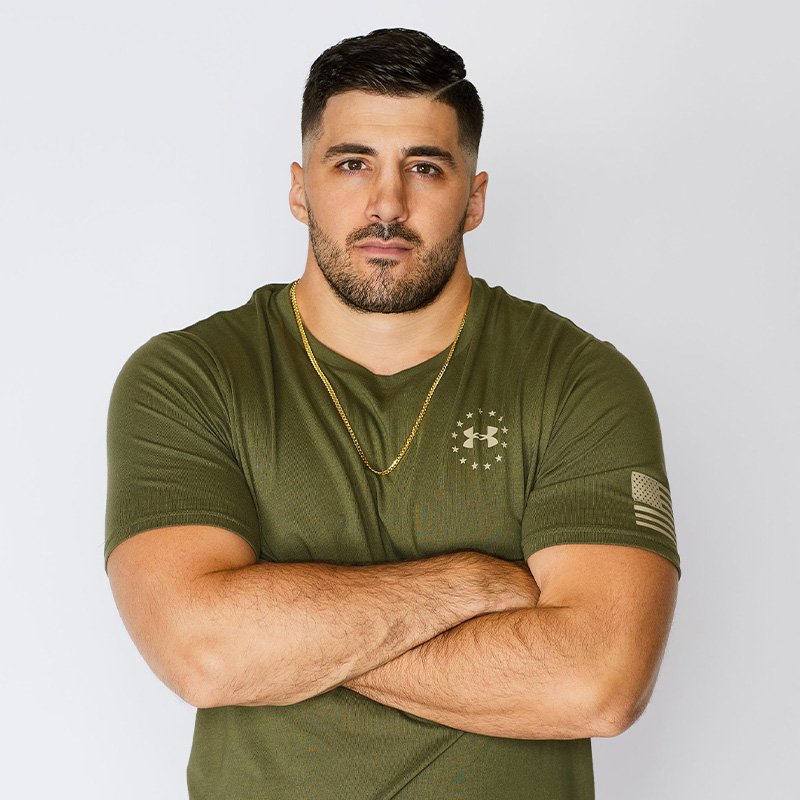 Nicholas Kolcheff, better known as Nickmercs, is an American Twitch streamer, Youtuber, and co-owner of FaZe Clan who plays Fortnite: Battle Royale, Call of Duty: Warzone, and Apex Legends. He has never been the one to shy away from expressing himself.

Although he advocates for Fortnite on the console over the PC, this hasn't slowed him down, and he has become one of the best PS4 Fortnite streamers on the internet. He is possibly the only streamer on this list who plays Fortnite regularly.

Nickmercs boasts over 6.5 million followers on Twitch and has more than 4 million subscribers on Youtube. Like many other streamers, he has an energetic and entertaining personality who shows no signs of slowing down. 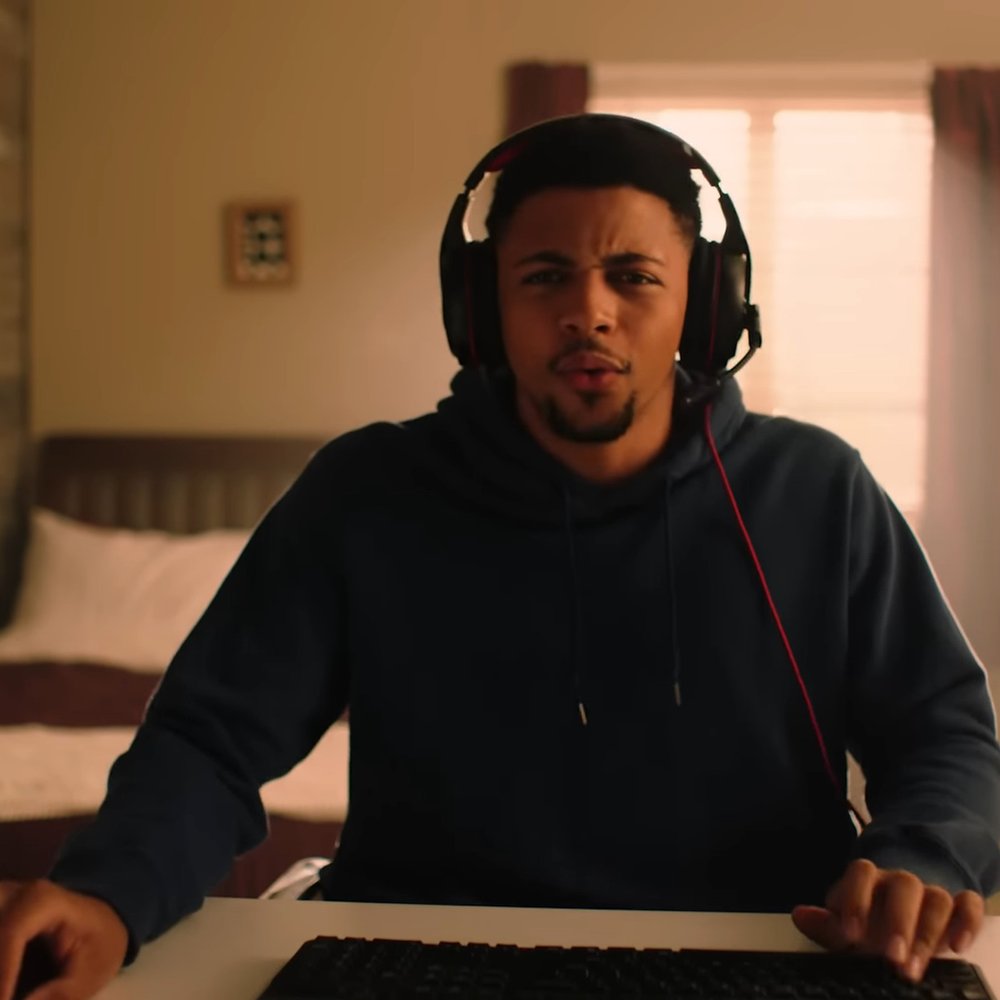 Ali Kabbani, better known as Myth, has been in the streaming game since the release of Fortnite in 2017 and was one of the first and youngest players to be picked up by an eSports organization. He is a building wizard, seemingly adapting to a core pillar of battle royale that other players cannot master.

He has received compliments on his extraordinary building skills from the rest of his TSM squad, Daequan, Hamlinz, and CaMills. There was a time when this team's stream would regularly reach at least the top 3 in Fortnite's in-game tournaments.

This group remained consistent for some time but has recently begun branching out to other titles. Moreover, Myth has over 7.4 million followers and over 158 million views on Twitch, with 4.5 million subscribers on his Youtube channel. 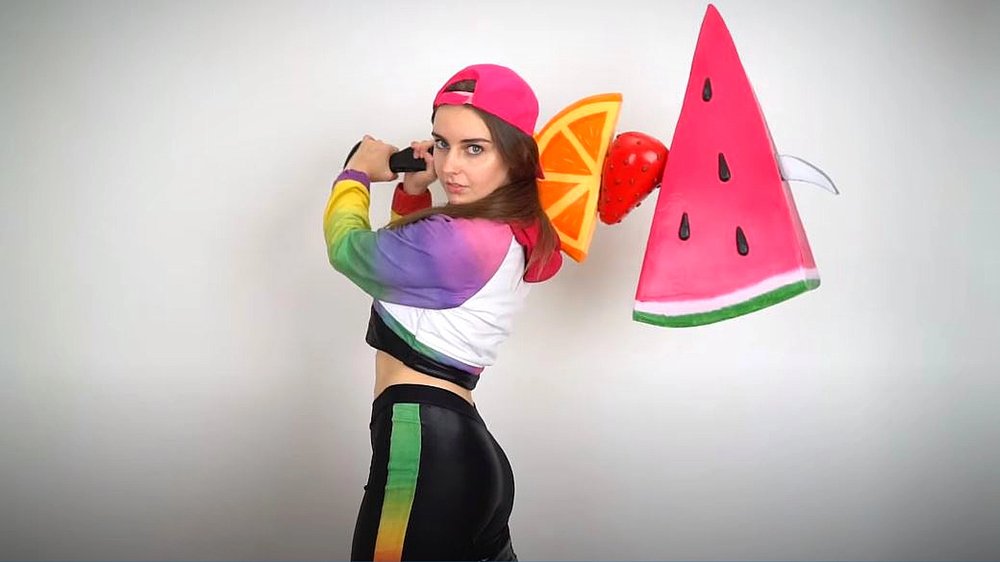 She hails from Australia and plays a variety of games but is probably best known for Fortnite. Since 2013, Loserfruit has experienced rapid growth in terms of profile and presence. Today, she boasts over 2 million followers on Twitch and over 3 million Youtube subscribers.

The credit for these incredible numbers should go to Loserfruit's entertaining and popular streams. As time goes on, she is becoming increasingly popular, and her near-daily streams fetch high viewership numbers consistently. 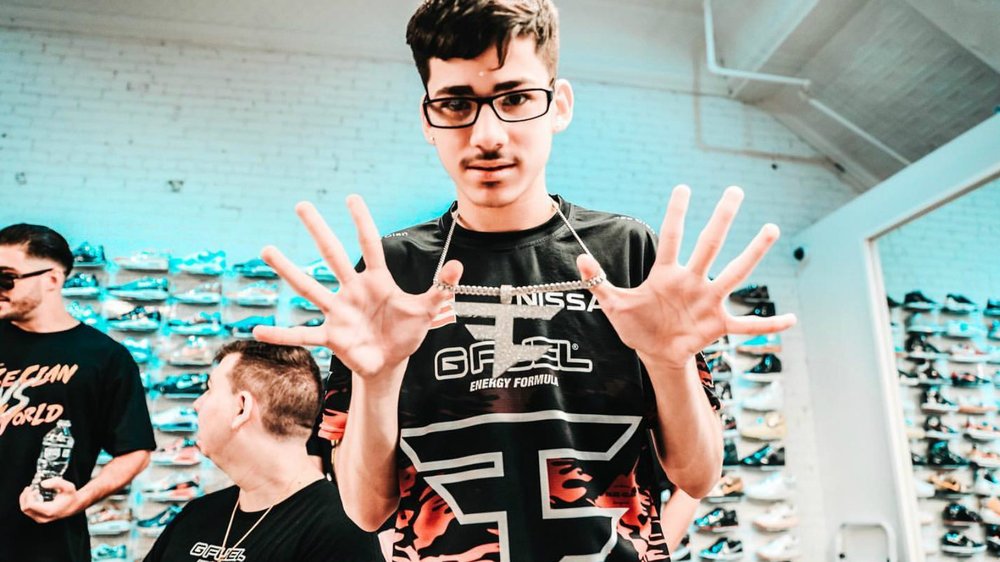 Josue Sway, famously known as FaZe Sway, was a member of the most popular gaming organization in the business. Sway is definitely one of the best Fortnite streamers, and he has been getting better every day.

While he has been posting his content since 2017, it can be clearly seen that Fortnite is his sweet spot. He gets a large number of followers and views just by playing Fortnite! As time goes on, his numbers are only climbing up, and his content is genuinely interesting and exciting.

The 17-year-old's consistency and regularity in uploading have helped him put himself far ahead of the competition. Currently, Sway boasts nearly 900k followers on Twitch while having 4 million subscribers on Youtube. 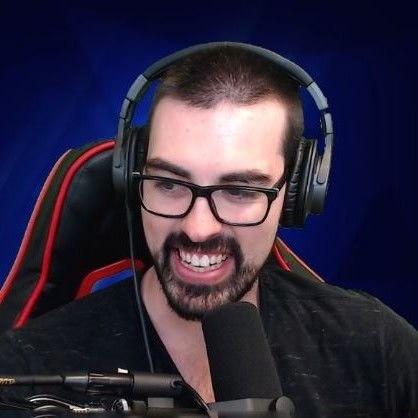 Shaun Cochrane, better known as AussieAntics, is a 25-year-old Australian Fortnite streamer. He is a full-time professional streamer and is also a content creator for the NRG eSports team. AussieAntics also has his own line of merchandise known as Antics merch.

He started streaming in 2018 and started running custom games and tournaments. Afterward, he searched for casting opportunities and landed a spot hosting the LPL x NRL League Royale Grand Finale in Sydney, Australia.

Over the years, he has been offered countless opportunities to cast many online events. In 2019, he left his full-time job to pursue full-time streaming and casting.

Besides Fortnite, he also streams other games, such as FIFA and AmongUs. Currently, he boasts over 293,000 subscribers on Youtube and 792,000 followers on Twitch. These numbers might fall short compared to the other Fortnite streamers on the list, but in May 2022, AussieAntics streamed to an audience of 1.3 million viewers. 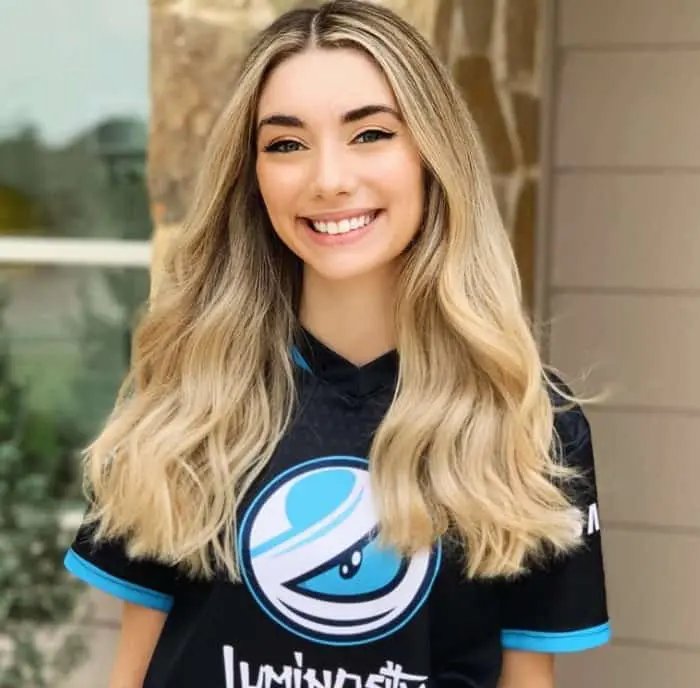 The name Kayla "Sommerset" has recently risen to become one of the biggest Fortnite streamers. She has often played with a fellow Fortnite gamer, Clix. She mostly streams Fortnite on her Twitch channel but occasionally plays other games like Valorant.

She is partnered with Luminosity Gaming and is also considered one of the five competitive Fortnite players among women worldwide. Sommerset boasts over 1.3 million followers on Twitch and has 268k subscribers on Youtube.

She adds her life stories into her game which helps her to connect with the audience and attract more viewers. Be sure to check her out if you are looking for the Best Fortnite Streamer!

The Best Warm-Up Courses In Fortnite
Want to warm up your skills before a match? Check out this article, where we run you through some of the best Warm Up Courses in Fortnite!
15/10/2022
1180 Views

How To Refund Skins, Cosmetics, and Items in Fortnite (2022)
Of course, people make mistakes and some purchases can be unintended. This is why Epic Games has the best and most advanced refund system in any game, which lets you return items ...
31/05/2022
1999 Views
Comments
No comments yet
Please login to leave a comment.
Login
Streams
Live
Streams
Live
Popular