The Best Viper Lineups on Bind 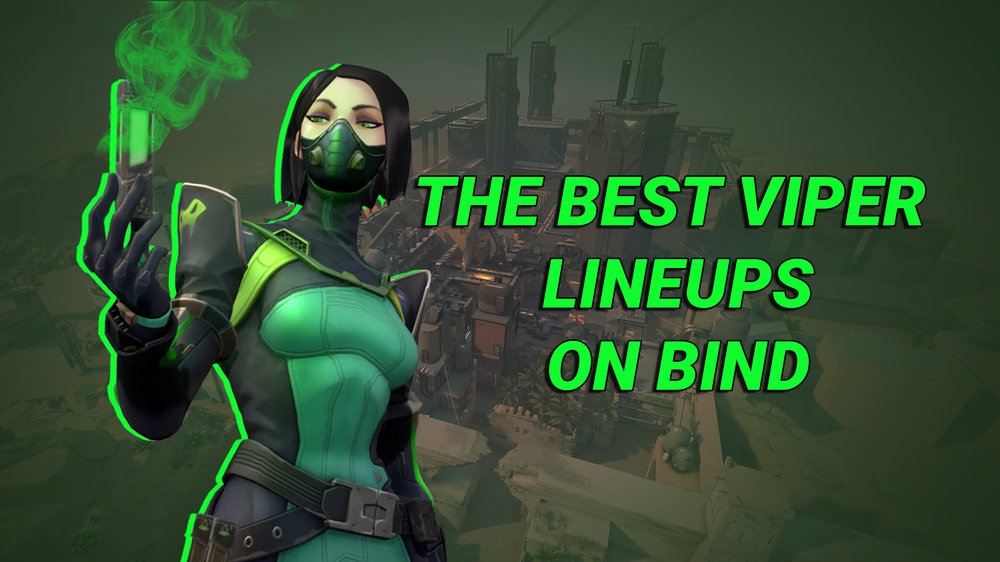 Viper is one of the best controller agents on Bind, and you can find a lot of value on the defensive and attacking side with her.

Her Wall is crucial on the attacking side since it allows you to block the enemy's vision and enter the bombsite in a safer and easier way.

However, her wall and poison cloud are also very good on the defensive side, since she can help lock down the A site, making it very hard for the opponents to enter the site.

In the B site, you can also make it very hard for enemies to push through Hookah with her wall, or block the B main entrance with her poison cloud.

There are plenty of Viper Walls and poison clouds you can use on Bind that will give you an advantage over other players.

But in this article, we will talk about the best snake bite lineups on Bind.

Without further ado, let's see what are the best Viper Lineups on Bind.

Viper Lineups on Bind A Bombsite

When it comes to an easy and very useful lineup this is probably the best one. This snake bite lineup will make it very hard for opponents to defuse the spike and may win you some very important rounds. 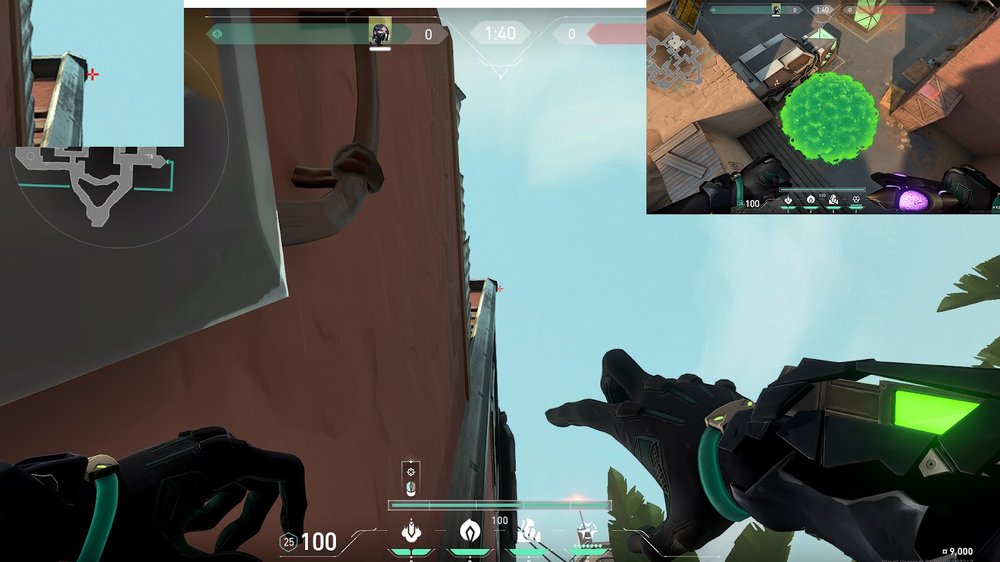 In order to perform this Viper snake bite lineup go to A lobby near A short, and climb the box to the second level near the wall that has a garden behind it.

After that aim at where the crosshair is placed and do a normal throw (left-click).

One of the best Viper molly lineups, despite being a little harder than the previous one. This snake bite is for the triple box plant spot.

Normally when you plant in the Triple Box, opponents will be expecting you to play from the bathrooms, since you can see clearly see the spike from there and can play hide and seek with the defender. 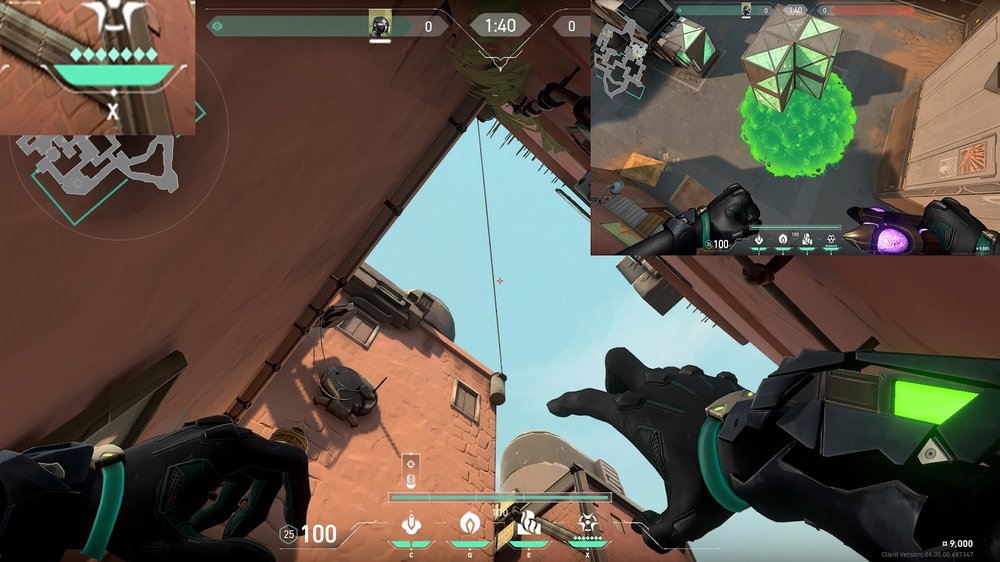 By playing from short with your lineups you will be able to catch the enemies off guard, and there is a chance they won't know where the snake bite is coming from.

The position you are throwing in the lineup is also a safe one and allows you to easily reposition, making the defender's task to retake and defuse the bomb even harder.

To execute it just stand on top of the barrel close to the entrance to A short.

After that line up the letter of your ultimate HUD just like you can see on the top left corner of the image and perform a normal throw (left-click).

Viper Lineups on Bind B Bombsite

This is the easiest snake bite lineup for the default plant spot on the B site. It's an easy lineup to execute, and just like all of them, it will make the defender's job much harder. You will also be able to throw the snake bite and reposition it. 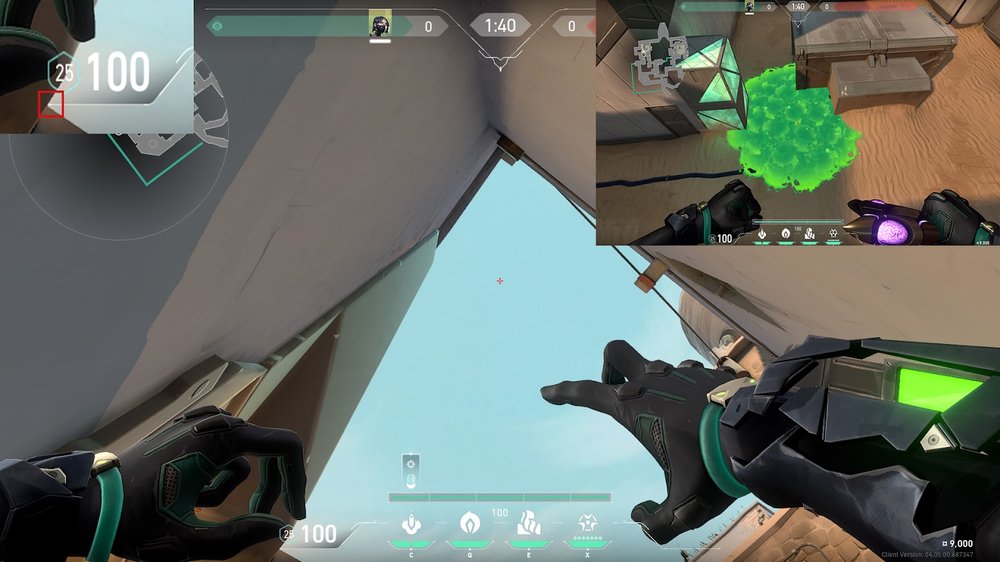 To perfectly execute it just stand close to the left side wall near the portal that is near B long.

After that, like the end of the white line just like you see on the above image and proceed to do a normal throw (left-click).

If you want to know the best way to play Bind and how to find more success on the map we got you covered with our Bind Map Guide.

Learning all the callous in the map is also very important since Valorant is a game where communication is key, so be sure to read our Valorant Bind Map Callouts Guide.

Is Valorant on Xbox?
The FPS shooter that is loved by almost every corner of the gaming community could expand its reach even further by becoming available on Xbox consoles such as the Xbox One X|S an...
22/03/2022

Valorant Pride Event (2022): How to get Cards & Gun Buddy
VALORANT is gifting players a series of player cards and an all-new gun buddy to kick off Pride Month. In this article, you will find how to get them.
05/06/2022

What is Valorant PBE and how to Sign Up for it?
If you play Valorant, you may have come across a term called PBE. This is a term prevalent in the gaming community. So, what does PBE stand for? And what does it mean for the play...
01/04/2022

Neon Valorant Guide
An in-depth Neon Valorant guide that will explain everything you need to know about the Agent and the best way to play with it. From her strengths to weaknesses you will find ever...
19/01/2022

YOU ARE PLAYING DEATHMATCH WRONG | How To Fully Utilize Deathmatch In VALORANT
Want to know how you can take full advantage of Deathmatch in Valorant? Check out this article where we tell you tips on how to make the most out of this mode!
18/12/2022
Comments
No comments yet
Please login to leave a comment.
Login
Matches
Upcoming