The Best Viper Lineups on Fracture 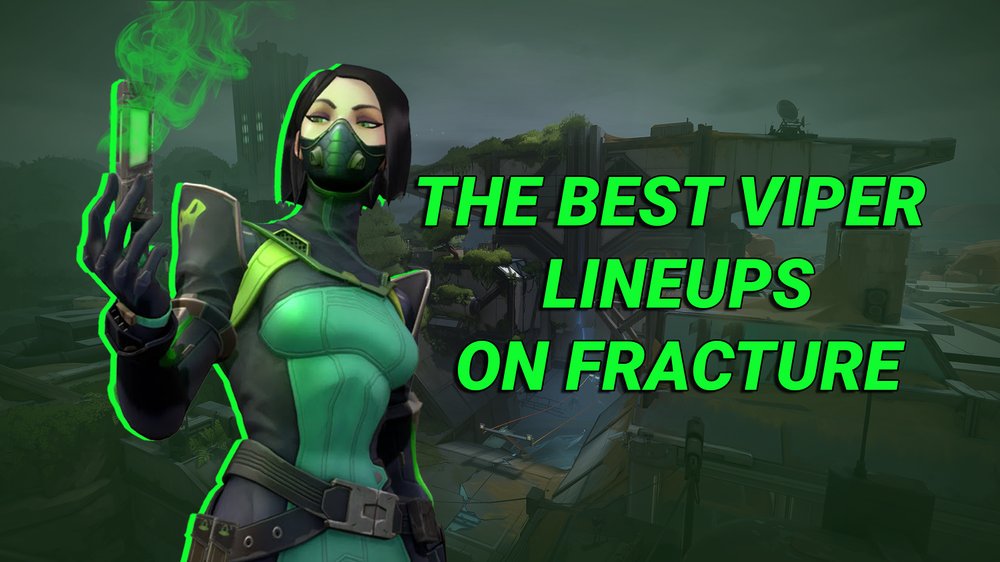 Viper is one of the best controller Agents when it comes to Fracture. Her Wall is crucial on the attacking side since it allows you to block the enemy's vision and enter the bombsite in a safer and easier way.

However, her wall and poison cloud are also very good on the defensive side, since she alone can lock down the A site, making it very hard for the opponents to enter the site.

There are plenty of Viper Walls and poison clouds you can use on Fracture that will give you an advantage over other players.

But in this article, we will talk about the best snake bite lineups on Fracture.

Without further ado, let's see what are the best Viper Lineups on Fracture.

Viper Lineups on Fracture A Bombsite

It's a very useful lineup to know, but it's not an easy one to get right, so you might need to practice this one a couple of times. This Snake Bite will land on the default plant spot, and the defenders will have a very hard time defusing the bomb. 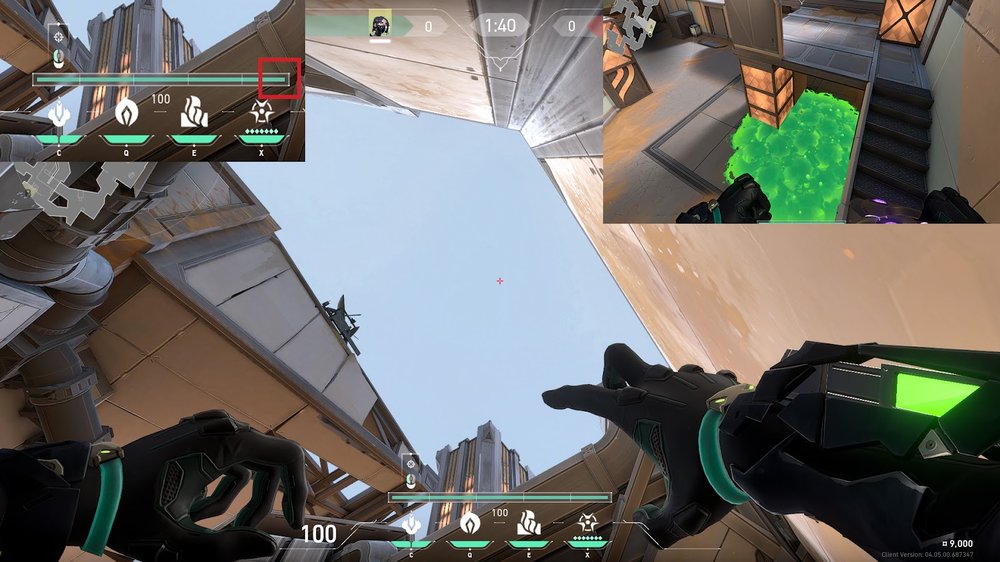 Since you throw this Snake Bite from outside B main near ropes, it gives you enough time to throw the snake bite and reposition.

To execute this Snake Bite lineup, stand against the metal beam to the left side of the door, then line up the end of the gas meter as you can see in the image, and do a normal throw (left-click).

This is another useful Snake Bite lineup you can use for the default plant spot on the A bombsite. Contrary to the first one this Snake Bite lineup is much easier to execute, and you guys shouldn't have many problems executing it. 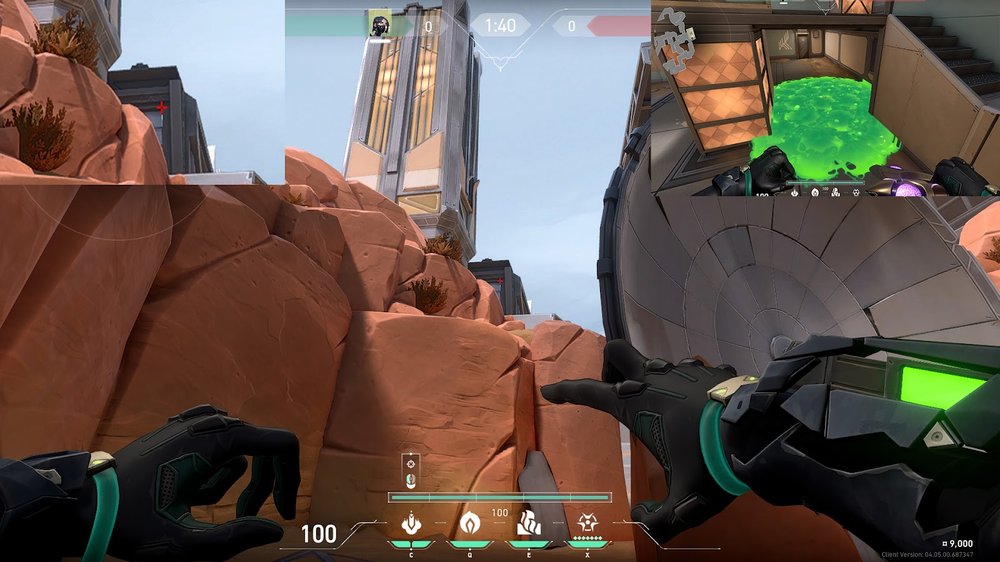 To execute this Snake Bite lineup, just stand close to the second crack on the left side wall of A dish. After that proceed to aim at where the crosshair is placed in the image and perform a normal throw (left-click).

This plant position is one of the strongest ones in the A site. Your opponents only have one way to defuse the spike, making Viper Snake Bite lineups even stronger, since it's impossible to find an angle to defuse the spike where the Snake Bites don't do damage to your enemies. 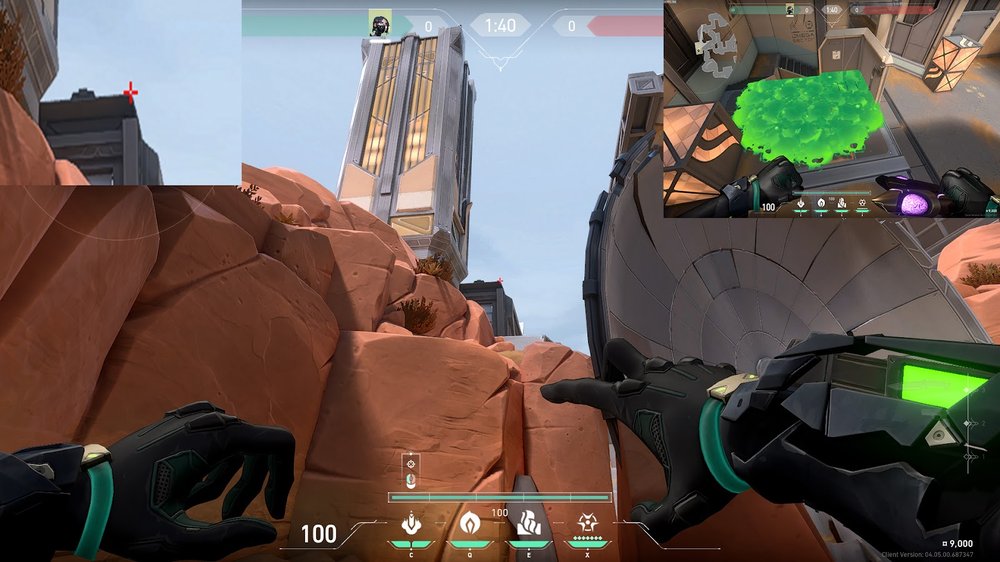 In order to execute this very useful Snake Bite lineup, stand close to the second crack on the left side wall of A dish.

After that aim at where the crosshair is in the image. Then do a normal throw (left-click). With this Snake Bite lineup, you can also quickly reposition.

Viper Lineups on Fracture B Bombsite

The most useful  Snake Bite lineup for the B bombsite. This Snake Bite lineup will land on the B site's most commonly used plant position. It can seem a little bit harder to execute in the beginning but you will get the hang of it in no time. 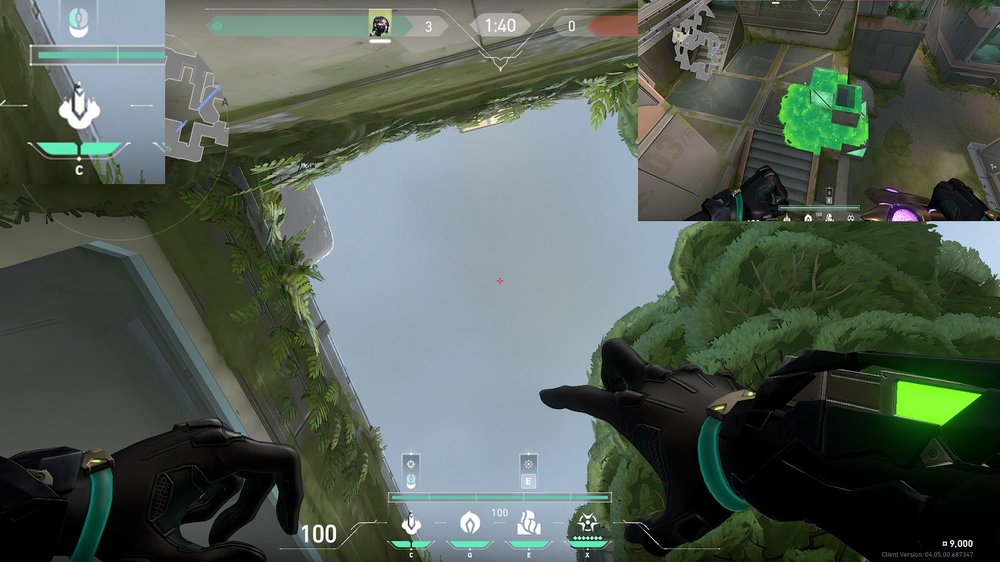 To execute this Snake Bite lineup, you have to stand in the middle crack of the wall on B tree.

After that place the HUD of your Snake Bite on top of the iron beam that is located to the far right just as you can see in the image above.

Will the above Snake Bite lineup is for the default plan spot, this one is for the safe plant spot, which is also one of the most used plant spots both in raked and in competitive play. 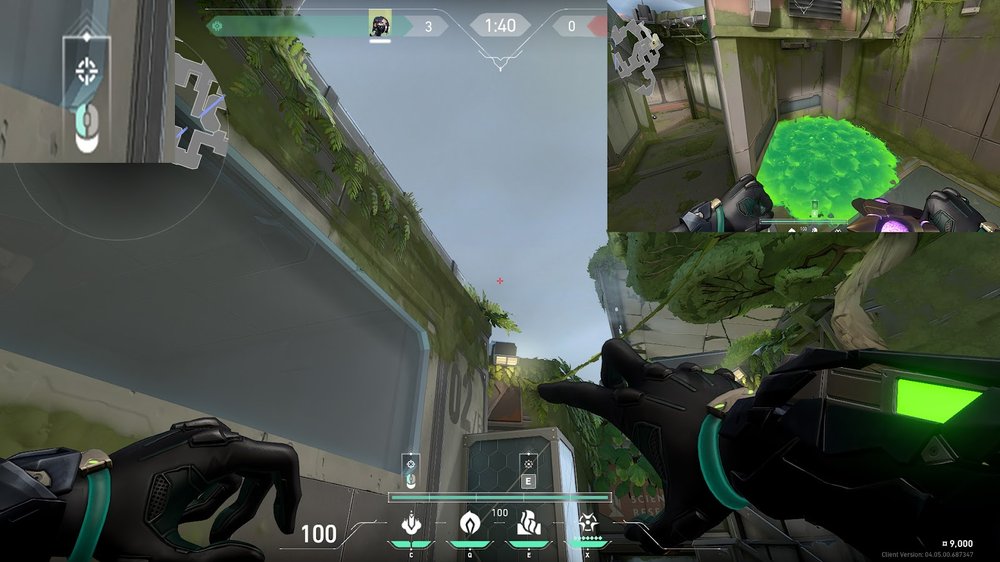 Just like in the default plant spot lineup you will stand in the middle of the small wall. Then you will point the HUD of your Snake Bite to the corner of the window, as you can see in the image.

After that, you will perform a running (throw after walking two steps) normal throw (left-click).

If you want to know the best way to play Fracture and how to find more success on the map we got you covered with our Fracture Map Guide.

Learning all the callous in the map is also very important since Valorant is a game where communication is key, so be sure to read our Valorant Fracture Map Callouts Guide.

VALORANT: How Do the Pros Play Jett?
Take a look at how the top players in the world use VALORANT's most popular agent, Jett. We talk pick rates, strategy, players to watch and more
17/01/2022
1459 Views

How Case Esports Plays Ascent
Case Esports is one of the best teams as a result of VRL 2022 Spain: Rising Stage 1. Started their way from closed qualifier, they managed to reach the final where lost against Re...
10/04/2022
2009 Views

Valorant Voice Chat Not Working: Possible Causes and Solution
Voice chat is a nice feature to have while playing Valorant, as it allows players to interact with one another; however, there are cases where Valorant voice chat doesn't work for...
23/04/2022
2273 Views

Breach Valorant Guide
Breach Valorant guide that will explain everything you need to know about the Agent and the best way to play with it. From his strengths to weaknesses, you will find everything yo...
19/01/2022
1207 Views
Comments
No comments yet
Please login to leave a comment.
Login
Matches
Upcoming