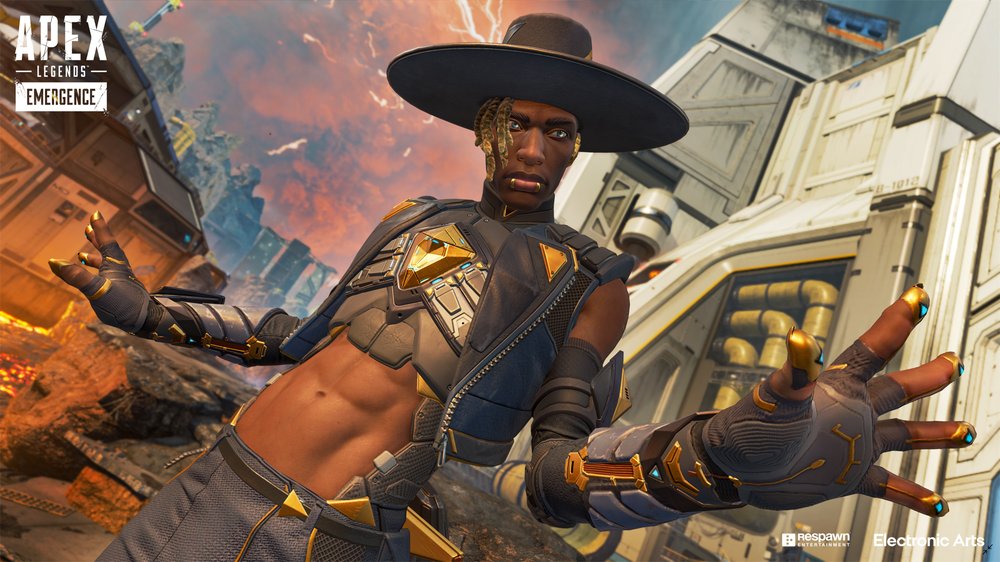 Seer is a Recon Legend and was added to Apex Legends in Season 10. Despite being in the game for a long time, he hasn't gotten the recognition he deserves. That is probably due to the fact that Recon Legends have a learning curve due to their strategic play style. So it would help if you learned how to play Seer before buying him in-game.

When Seer was launched, fans were excited, especially due to his style and abilities. However, after a while, his hype just died a bit down. We believe it is due to the complexities of his abilities. 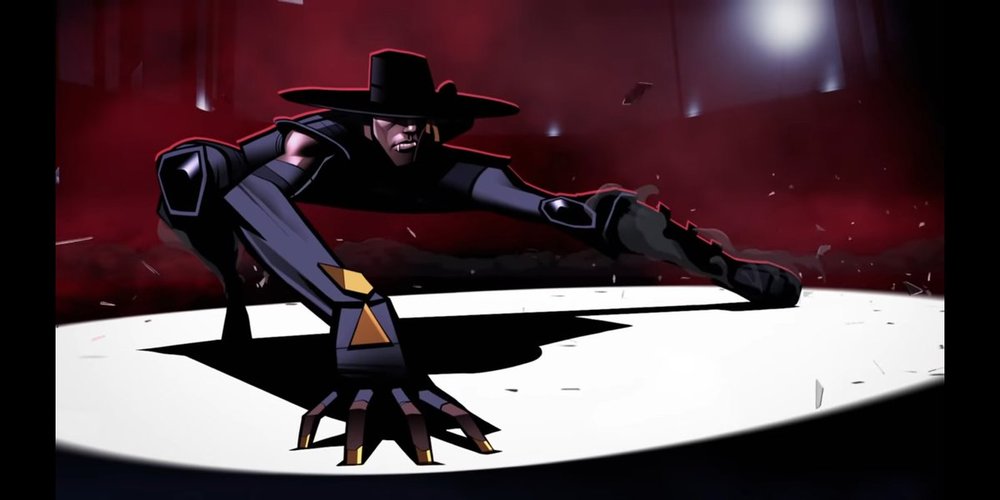 Obi Edolasim, AKA Seer, was born on the planet of Boreas. There was a prophecy that he was a cursed kid who would bring misery and anguish. As predicted, a meteor impacted a moon on his planet the night he was born.

The word got out, and eventually, people started loathing or fearing him. However, his parents were always on his side. They encouraged him and unconditionally loved him. They made sure to raise him with dignity.

Eventually, Edolasim was attracted to the Arenas. He began participating and soon became a sensation. He became a symbol of hope for all the social outcasts. After getting enough fame from the Arenas, Seer decided to step foot in the Apex Games, and the rest is history.

Now that you know the backstory about Seer, let's discuss his different abilities and how to play Seer in Apex Legends.

As a Recon Legend, Seer has a lot of abilities targeted toward locating enemies and disrupting their line of action. He has the following abilities: 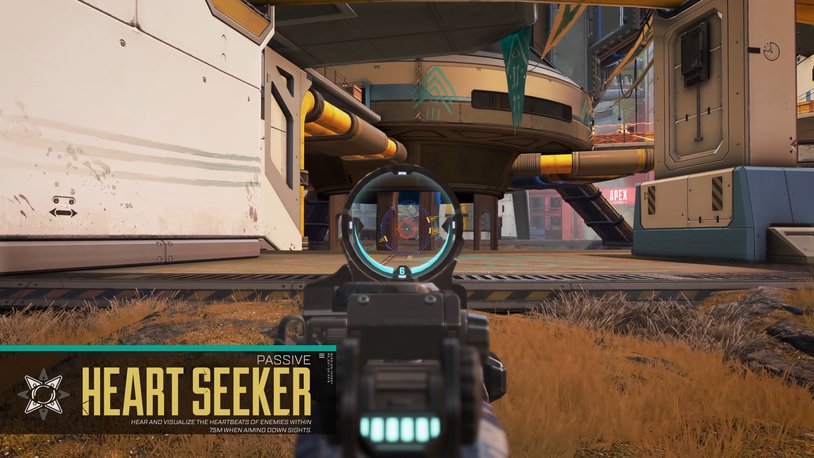 Like every Legend, Seer also has a passive ability. His passive is called Heart Seeker. This ability basically allows you to hear/visualize the enemy's heartbeats when aiming down sights within 75 meters.

Seer's passive will trigger every 1.25 seconds. However, a recent update increased his cooldown to 1.75 towards enemies with full health. This update signifies that you should use this ability when you're in combat with enemies.

So detecting enemies that are taking covers after receiving damage from you can be extremely useful. 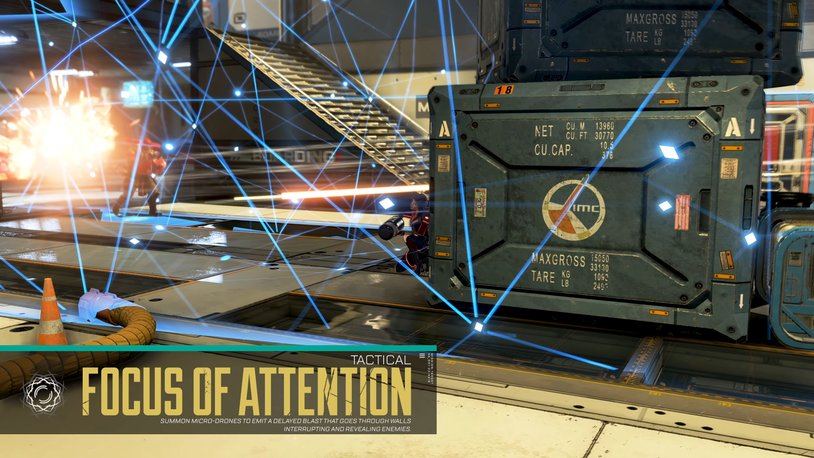 Seer uses a tunnel-shaped swarm of micro-drones to launch a delayed explosion after a brief pause. This explosion goes through walls and reveals enemies while interrupting them. The range of this ability is also 75 meters.

This ability used to be a little overpowered before Respawn decided to nerf it. Focus of Attention used to damage, stun and flash enemies altogether. However, despite the hefty nerf, it still remains a solid ability.

It works well with the Heart Seeker since you may first detect the presence of an opponent, determine their direction, and then use Focus of Attention to locate them on the map. This ability is excellent for preventing enemies from healing or falling back. 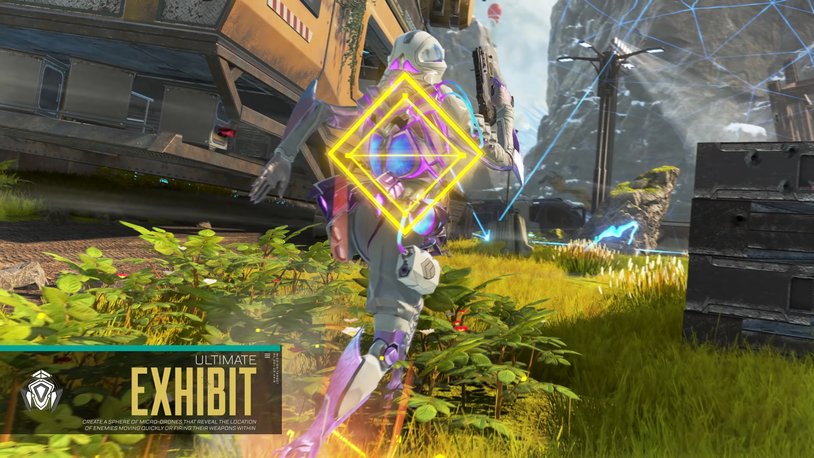 Seer's ultimate ability is called Exhibit. He throws out a device that creates a sphere of micro-drones that expose the position of enemies who are moving swiftly or firing their weapons. However, opponents can destroy the sphere, and it has 135 health.

The sphere's diameter is 65 meters, and it can't detect enemies who are in the air or crouching. It will stay for 30 seconds before going on a 90-second cooldown, so it will most likely only be used once every combat.

As you might've already figured out that placing this ability at the right location is extremely important. Enemies can easily destroy the sphere. So place it somewhere out of sight. Additionally, just like Seer's passive, it is best to use his ultimate ability after a fight has started.

Now that we've learned about Seer's abilities let's look at some tips and tricks that will help you play Seer in Apex Legends. These tips have been carefully prepared, keeping Seer's abilities in mind.

Having a balanced pair of Legends on your team really changes the way you play the game. Since Seer is a Recon Legend, he actually works best with fast-paced Offensive Legends. You can pair him up with Valkyrie, Wraith, or even Bangalore. These characters can take great advantage of Seer's revealing abilities.

Unlike Bloodhound's scan, Seer's heartbeat sensor is frequent, with almost no cooldown. However, Seer's passive ability only works when you're aiming down sights. If you want to become a pro Seer, you'll constantly have to aim down sights while staying in cover.

To enhance the usefulness of the Heart Seeker ability, use weapons with scopes like Pistols or Sub-Machine Guns since their scopes allow for a faster ability scan.'

Instruct your teammates to cover you while you provide them with intel, as you'll have to enter the area before your teammates. Scanning all locations ahead of your team will ensure that you know if the zone is populated.

Lure The Enemy Towards You

If you're playing as Seer, it is best to stay behind cover during combat and wait for the enemy to approach you. If you've picked up an enemy using your passive, then pushing him without a second thought can be catastrophic.

So the best strategy would be to align your teammates in a punishing position and wait for the enemy to rush toward you. Secondly, once an enemy is revealed, you can go around him and backstab him.

You might mistake Seer as a head-on fighter due to his abilities. Don't get me wrong; he is definitely a great attacker. However, I wouldn't recommend you to do entry frags with him. It is best that you reveal enemy locations and move forward with your teammates.

Once you know where the enemies are, then you can either lure them towards you or attack them head-on. Don't push alone if you're playing Seer, as you can easily get stuck between multiple enemies.

We have also uploaded some other character guides that you can check out on our website.

Does Apex Legends support Crossplay to play with friends?
Today, the game is available to enjoy with Crossplay on platforms like PC, PS4, PS5, Xbox One, Xbox Series X and the Nintendo Switch. These platforms make for an enjoyable gaming ...
07/06/2022
1379 Views

Newcastle in Apex Legends: Abilities, Tips, and More!
Newcastle just joined the Apex Legends' roster as the latest Legend. You can learn more about him and improve on playing him with this guide.
22/05/2022
1466 Views