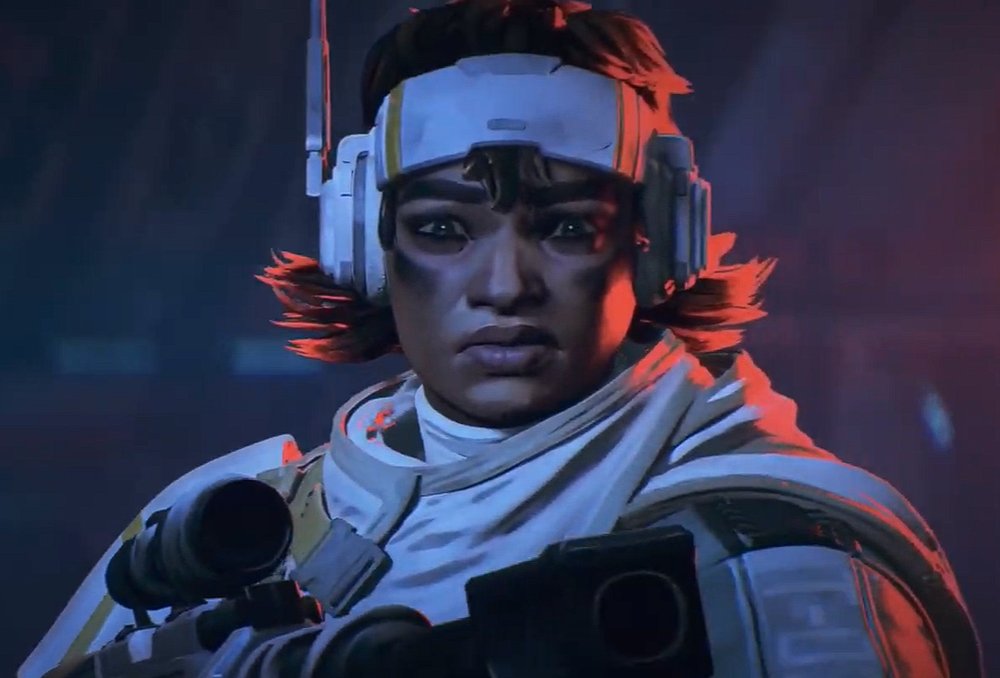 Apex Legends’ new season comes packed with a lot of new content, including a new Legend.  Vantage has finally arrived in Apex Legends. She was revealed as the next Apex Legend to join the Apex Games and was included in the Season 14 update on August 9.

Although she isn't the first airborne legend to join the Apex Games, she is the first with skills and abilities tailored exclusively for distant combat. Most of the Apex Legends fans are excited to play Vantage. Especially players who use snipers.

However, Vantage comes with slightly complex abilities. It is good to know about them beforehand. So today, we will tell you how to play Vantage in Apex Legends and how to use her abilities for maximum results.

Before we deeply dive into her abilities, let’s learn a bit about the character itself. Vantage is an airborne Recon Legend. As you might already know, Recon Legends can acquire valuable information, such as the opponent's position or the following ring location.

Vantage’s real name is Xiomara “Mara” Contreras. She’s from an ice planet called Págos. Her mother got sentenced to prison. Mara’s mother, Xenia, is a mysterious figure who spent years lying to her daughter about every detail of her past until Vantage discovered the truth.

Her mother is a wanted criminal who was the sole survivor of the crash of the G.D.S. Vantage, a cargo ship transporting prisoners to a detention facility. So Mara adopts the alias of Vantage and joins the Apex Games to bring light to her mother’s issue and free her from prison.

Now, let’s take a look at her abilities.

Vantage has 2 abilities and 1 passive ability like all the other Legends. Let’s take a look at Vantage’s abilities:

Spotter’s Lens is Vantage’s passive ability. Vantage can use Spotter's Lens to gather information on unarmed foes with a medium or long-range scope.

When an opponent enters the giant blue rectangle, a smaller rectangle shows the adversary being targeted. The interface then displays the Legend's name, distance from the player, and the tier of all their allies' Evo Shields.

Another exciting aspect of this ability is using a bullet drop indicator to see where your shots will land. This is especially helpful for people who like to use snipers.

Vantage’s Tactical ability is called Echo Relocation. Vantage may position her flying bat, Echo, and then launch herself towards him. Echo cannot launch until Vantage has a clear line of sight.

Recalling Echo without jumping does not put the ability on cooldown, so don't be scared to move him about a little to get him precisely where you want him. Calling it back doesn't stop healing and may be done while Vantage is down, but Echo can't take damage, thus, it's pointless.

This ability is a great way to reach high ground. Moreover, it also allows you to retreat if you’re stuck with multiple enemies, but it is highly recommended that you use this ability pre-combat because once you’re in combat, you probably won’t have enough time to deploy your bat. 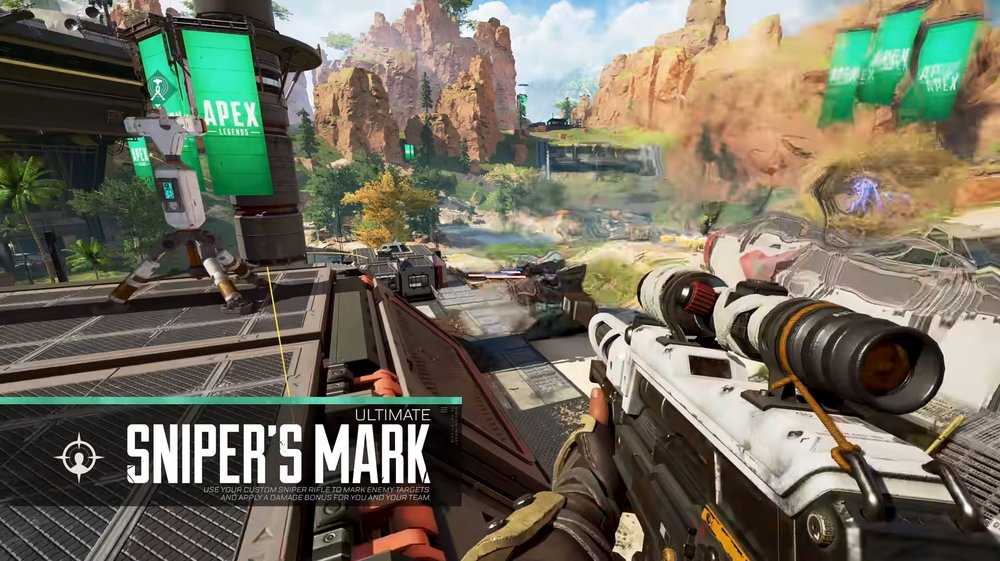 Vantage utilizes a customized sniper weapon that marks enemy players for 10 seconds after being hit. It can hold up to five charges, each equivalent to a single shot. Vantage's damage rises with each strike.

When attacking enemies that have been scanned with Sniper's Mark, Vantage's whole team gets a damage boost. Vantage’s sniper is probably the most potent weapon in Apex Legends now. It’ll be exciting to see how players put it to use. 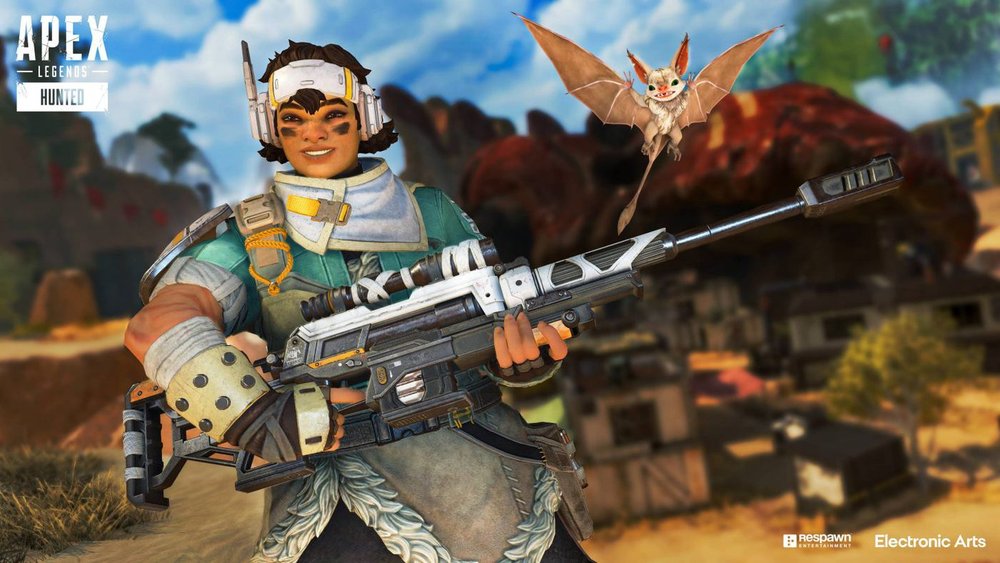 Now that we have covered all of Vantage’s abilities, let us give you a few tips and tricks you should keep in mind while playing as Vantage. If you’re struggling to get a hold of Vantage, these tips will help you.

Accelerants Are Your Ammo

By now it must be evident that Vantage’s ultimate ability is a beast. It’s a force to be reckoned with. So it would be wise to charge up your Ultimate ability as soon as possible. This can be possible by using Ultimate Accelerants.

Unlike other Legends, Vantage's sniper rifle will be charged and ready relatively quickly after the start of a match, and it may be used for as long as you wish. Sniper's Mark contains bullets that automatically reload in place of a standard cooldown time, although they are very slow.

Slow And Steady Wins The Race

Vantage may seem like a fast-paced character on paper. However, it is best to play with calculation when you’re using her. You should always try to reach high ground and camp with your teammates.

This tactic is beneficial when the ring is closing, and more enemies will push toward you. Use your Echo Relocation to jump towards the highest point you can find. Then give your teammates all the possible intel on enemies.

Whenever a new Legend is released in Apex Legends one of the biggest problems is making a balanced team. In the case of Vantage, since she’s a Recon Legend and works best in mid-range or long-range, it is best to pair her with at least one Defensive Legend.

If you or your teammates are planning to play as Vantage then make sure the other members select Defensive Legends such as Gibraltar or Rampant. These Legends can guard Vantage while she gathers intel or takes out enemies with her sniper.

Pairing Vantage with high-speed Legends could prove to be disastrous. Her mobility is a lot slower and more deliberate than other legends’, and most of her abilities become useless at close range. Legends like Octane and Valkyrie will often leave her in the dust.

Moreover, saving her teammates would be nearly impossible since she's usually at a distance range.

I think this one is a no-brainer. You shouldn’t waste Vantage’s Ultimate Ability’s bullets. Yes, they can be recharged using Ultimate Accelerant. However, finding it isn’t guaranteed. So ensure you aim carefully and only pull the trigger once the target is in your crosshair.

Another thing worth mentioning is that a laser is projected across the area you’re pointing at whenever you aim using Vantage's sniper. This can cause the enemy team to detect you and your teammates.

So I’d highly recommend you don’t unnecessarily keep aiming towards an area before spotting an enemy. If you keep doing that, then your location can easily be compromised. Before using Sniper's Mark, ensure you’re at an excellent high ground and take cover nearby.

Vantage is still relatively new to the game. As more and more people pick her up and play matches, we will see new metas and strategies. Until then, this guide covers all the basic things you need to know about Vantage and her abilities.

Apex Legends: Hunted Patch Notes
Respawn has published the full patch notes of the new 14th season in Apex Legends. The publisher introduced a lot of updates, so let's check them.
09/08/2022
1138 Views

How To Play Octane In Apex Legends
Octane was the first Legend to be added to the game after its release. It won’t be wrong to call him one of the most popular Legends in the game. He’s the first character people t...
03/10/2022
1609 Views
Comments
No comments yet
Please login to leave a comment.
Login
Streams
Live
Streams
Live
Popular