The Best Viper Lineups on Icebox 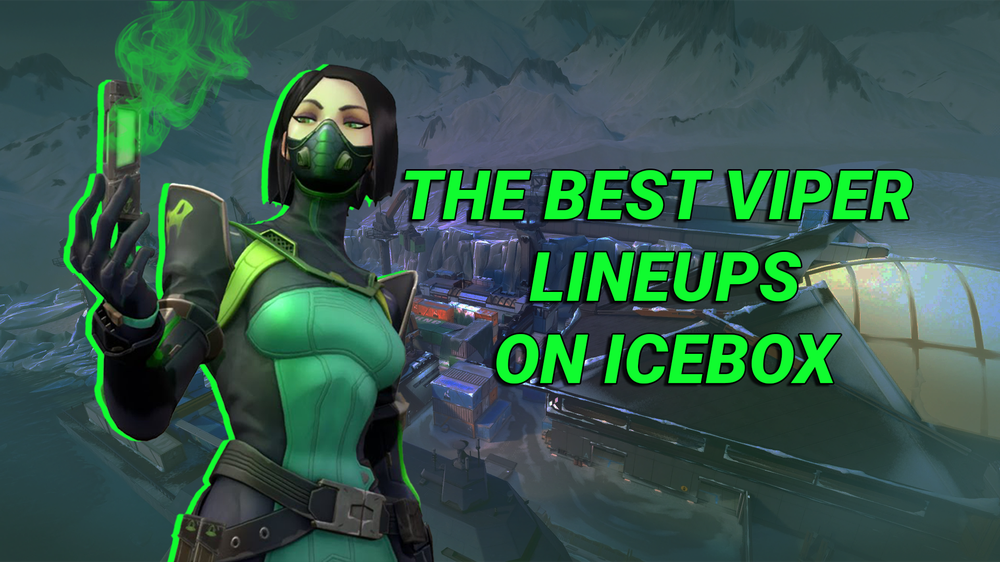 Icebox is Viper playing field. The Agent is by far the best controller on this map, so if you are a controller main learning how to play Viper on Icebox is crucial.

Her Wall is crucial on the attacking side since it allows you to block the enemy's vision and enter the bombsite in a safer and easier way.

However, her wall and poison cloud are also very good on the defensive side, since she alone can lock down the B site, making it very hard for the opponents to enter the site.

She can also place her toxic screen on the A bombsite, making it hard for the enemies to reach the plant zone, and forcing them to push the wall.

There are plenty of Viper Walls and poison clouds you can use on Icebox that will give you an advantage over other players.

But in this article, we will talk about the best snake bite lineups on Icebox.

Without further ado, let's see what are the best Viper Lineups on Icebox.

Viper Lineups on Icebox A Bombsite

The damage of the snake bite should be enough to deter your enemies from defusing the spike and give you time to reposition. 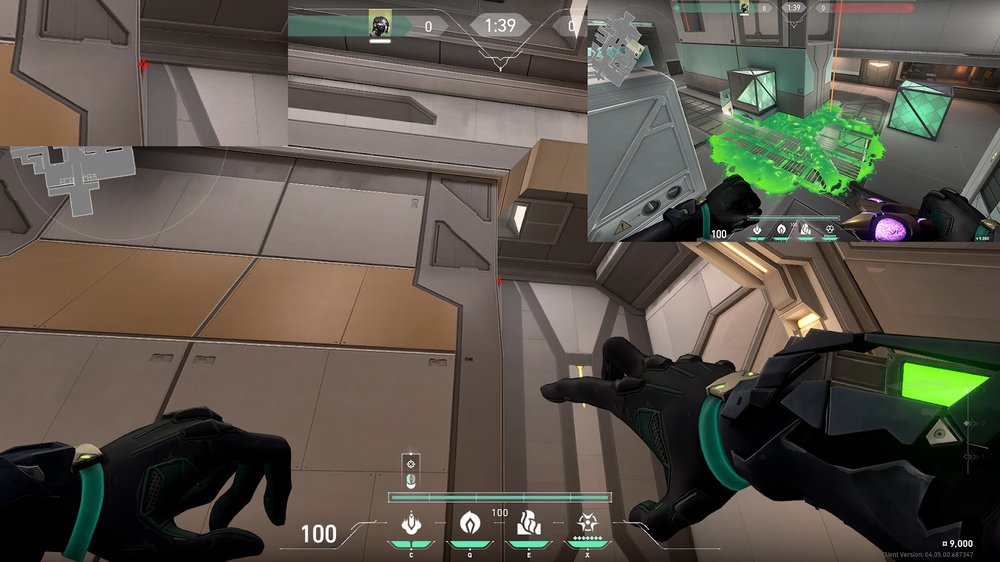 To perform it just stand on the box in a belt, aim to where the crosshair is placed, and do a normal throw (left-click).

Just like the default plant snake bite lineup, this one is also easy to pull off. Since this plant is in an open location it makes the defender's task to defuse the spike even harder.

With the damage of the snake bites the task to defuse the spike is almost impossible for the defenders, especially because the bomb is planted in an open space so they have a lot of angles from where the enemies can show up.

To execute it just stand where the electric wire on the ground of A main does a curve, then aim to where the crosshair is and do a normal throw (left-click)

Viper Lineups on Icebox B Bombsite

This is one of the best Viper snake bite lineups for the B site. The defender's task of retaking the B site is already a hard one but his lineup makes it even harder for the enemy players to retake the site and then defuse the spike.

It's an easy Lineup to perform and you aren't that much exposed, which makes this lineup's usefulness even higher. 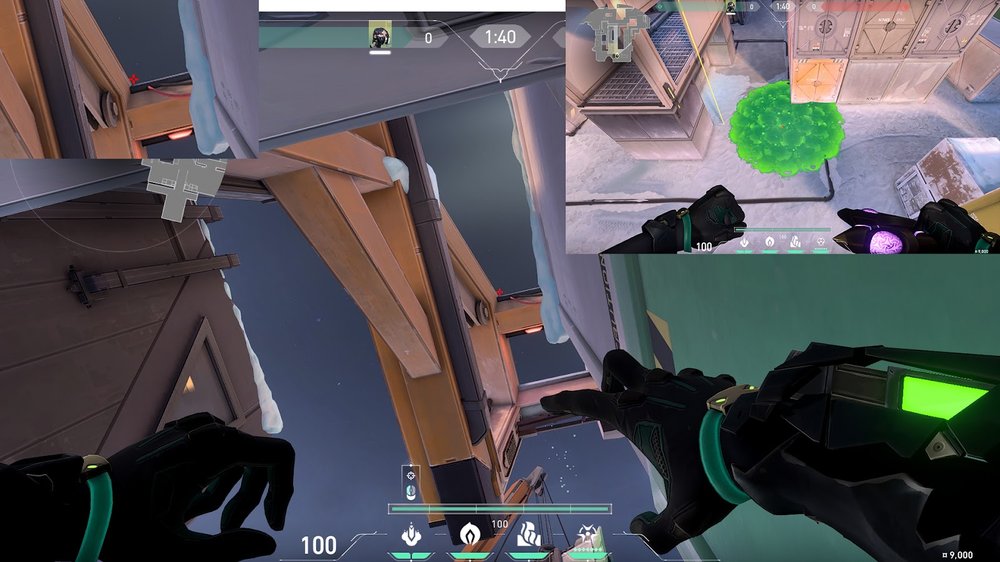 In order to execute this lineup go to the B cubby and stand close to the B green container. Then just aim at where the crosshair is placed and perform a normal throw (left-click).

Yet another lineup for the default plant spot in the B site, and this one is even easier and safer to execute than the first one. 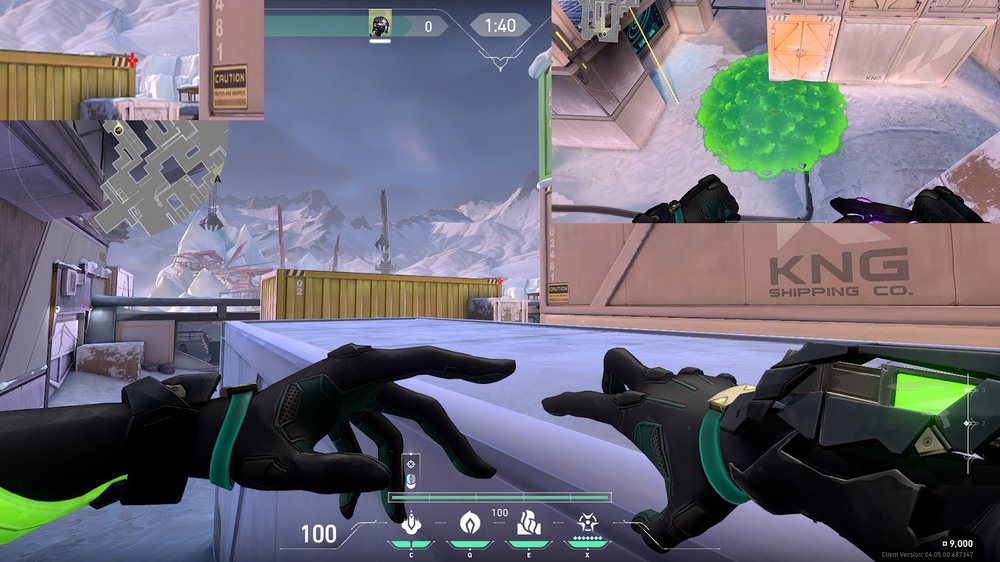 To perform it just stand on top of the box on B green near the long gray container. After that aim at the top right corner of B yellow and perform a normal throw (left-click).

One of the many new Viper snake bite lineups that appeared since Icebox received a rework earlier this year.

What makes this snake bite lineup really strong is that there is no side the defenders can defuse the spike without taking damage from the snake bites, making the defender's task of winning the retake very hard. 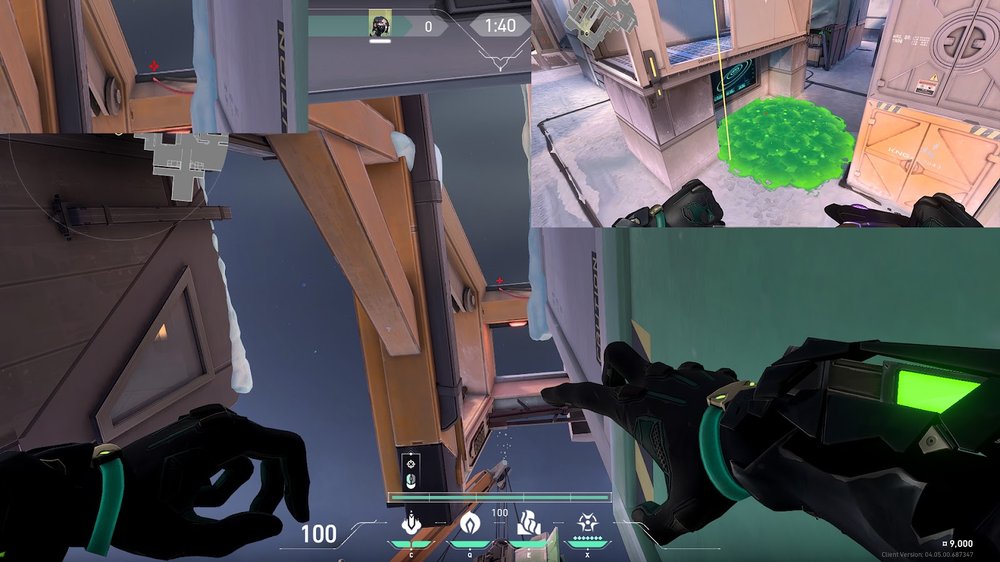 To execute it once again go to B green, aim at where the crosshair is placed, and then do a jumping throw (left-click).

Another snakebite Viper lineup for the lower site but this one is thrown from Mid. It’s a little harder to perform than the first one so you should be aware of that.

You probably won't use this lineup a lot, but it might come in handy sometimes so it doesn't hurt knowing it. 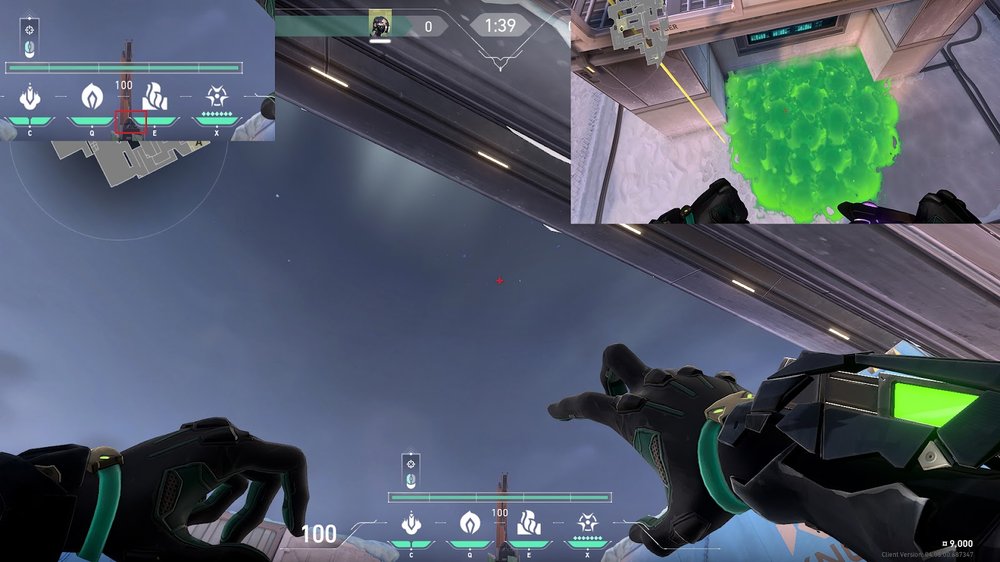 To perform this snake bite lineup you want to go to mid blue near attacker spawn, stand in the second box, and then lineup up the part of the hud that is highlighted in the image. After that just perform a normal throw (left-click).

If you want to know the best way to play Icebox and how to find more success on the map we got you covered with our Icebox Map Guide.

Learning all the callous in the map is also very important since Valorant is a game where communication is key, so be sure to read our Valorant Icebox Map Callouts Guide.

4 Best Valorant Agents For Beginners
Here we will look at four of the best Valorant agents you can begin to learn right away.
06/12/2021

What is Tournament Mode in Valorant?
Riot has made an announcement that drove all of the fanbase and the community into excitement, waiting for this to come true and in a good way. We’re talking about The Tournament ...
12/01/2023
Comments
No comments yet
Please login to leave a comment.
Login
Matches
Upcoming