The Best Viper Lineups on Ascent 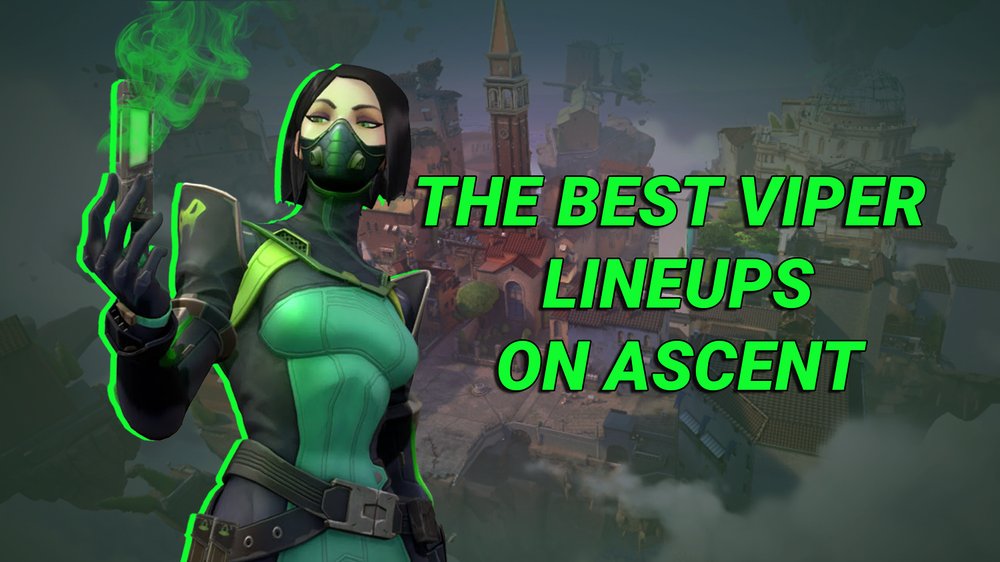 Despite not being the most used controller Agent in Ascent, Viper still has some very useful walls, poison cloud one-ways, and above all great lineups.

Her wall is very strong on the attacking side since it allows you to block the enemy's vision and enter the bombsite in a safer and easier way.

However, her wall and poison cloud are also very good on the defensive side, since she alone can lock down one of the sites, making it very hard for the opponents to enter the site.

There are plenty of Viper Walls and Poison Clouds you can use on Ascent that will give you an advantage over other players.

But in this article, we will talk about the best Snake Bite lineups on Ascent.

Viper is a very strong Agent in the post-plant because of her Snake Bite lineups that can win you a round without you even having to fire a shot.

Without further ado, let's see what are the best Viper Lineups on Ascent.

One of the most useful Snake Bite lineups for the default post plant position on the A site.

You throw this lineup from a safe place just outside A main, and the defender has a lot of ground to cover before he reaches you, making it harder for them to stop you from throwing the Snake Bite, and overall defuse the Spike. 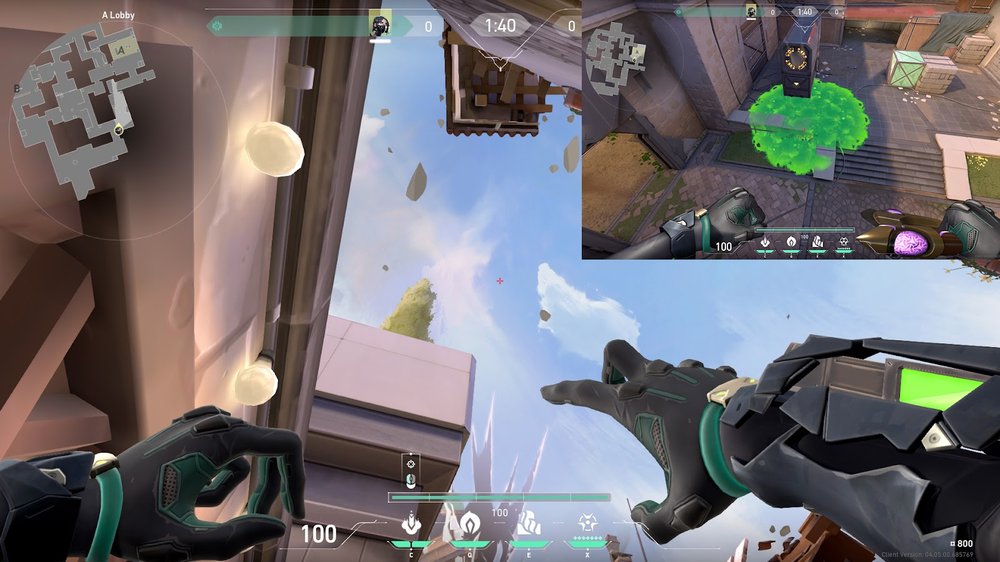 To perform this lineup just stand to close the wall, and then place the crosshair as you see it in the image, you can use the tree to help you line it up.

This Viper Snake Bite lineup is also a very used one since the double box plant spot is a very popular one since it's exposed to multiple sides and makes it harder for the defenders to defuse the spike. 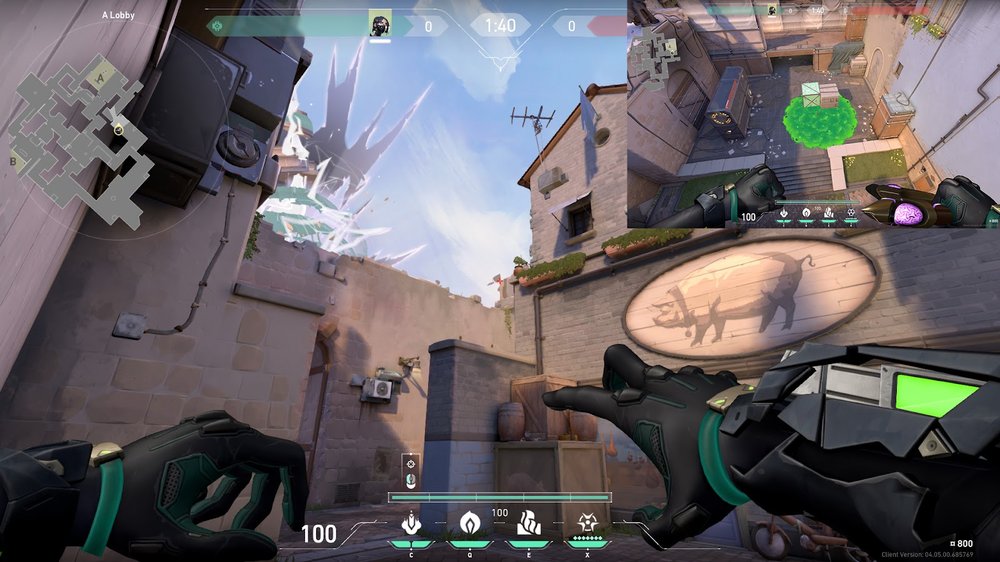 Just like you did in the Snake Bite lineup for the default plant spot, you are going to throw this Snake Bite from A main.

Once again, stand against the box and place your crosshair in the exact same spot you can see in the image.

It's the most used and also most effective Viper Snake Bite lineup for the default plant in the B bombsite. Learning it might take you some time but it will be worth it since this Snake Bite lineup comes in handy a lot of times. 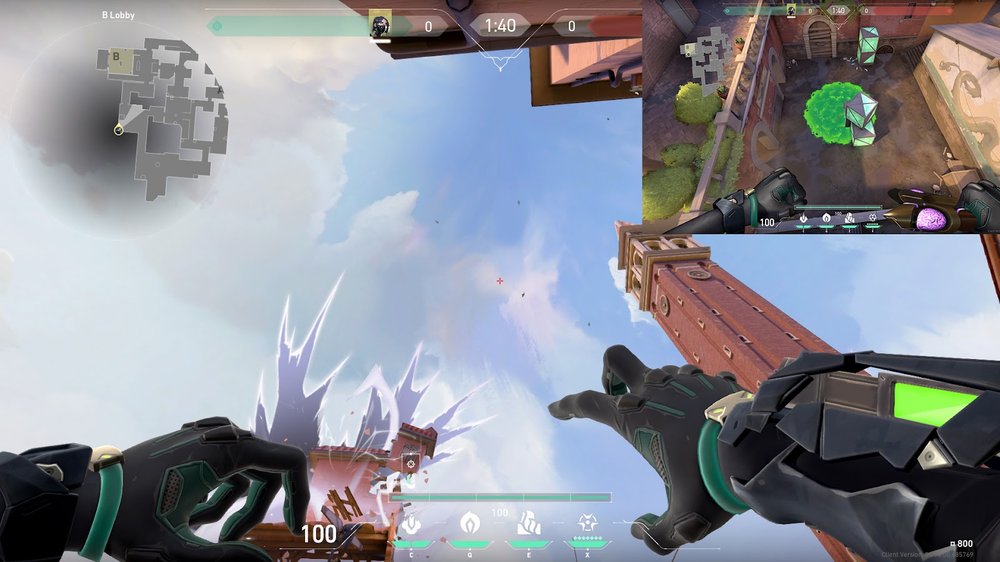 To perform this Snake Bite lineup go to the B lobby entrance. Then stand against the octopus wall and line up your HUD between the two windows, as you see in the image above.

After that just do a standard throw (left-click).

Since the first default Snake Bite lineup is a little bit hard to master, here is an easier one. 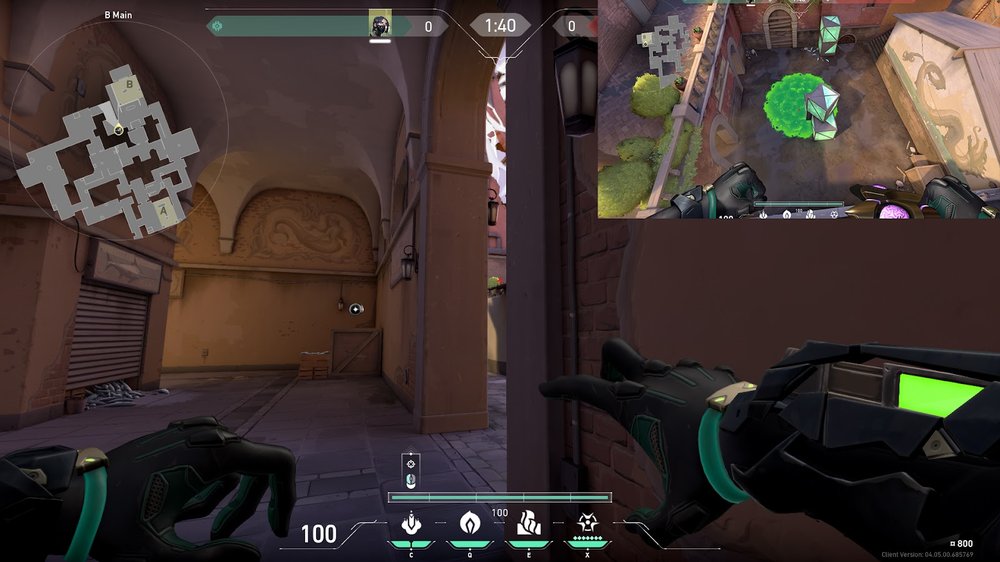 To execute this Snake Bite lineup go to B main and place yourself close to the left side of the wall, as you see in the picture.

Then move a little bit to the right, and place your crosshair just like you see it in the image. After that just do a standard throw (left-click).

If you want to know the best way to play Ascent and how to find more success on the map we got you covered with our Ascent Map Guide.

Learning all the callous in the map is also very important since Valorant is a game where communication is key, so be sure to read our Valorant Ascent Map Callouts Guide.

Valorant Bind Map Callouts Guide (with images)
In this article, we will guide you throw all the callouts on Bind. From the basic callouts to the more detailed ones.
14/02/2022

Player Impact and the Distribution of This Impact Across a team: Quick Summary
Take a look at this brief summary of my deep statistical dive on player impact at the EMEA LCQ. I calculate KAST scores and the distribution of impact for every team.
24/10/2021

The Best Valorant Weapons
In this guide, we will be reviewing some of the best guns you can get in the game.
06/12/2021

How to Obtain Riot Gun Buddy in Valorant
The Riot Gun buddy is the most rare in-game cosmetic in Valorant. This artifact is only available to Riot staff, who could present it to their favorite team players if they want. ...
04/04/2022
Comments
No comments yet
Please login to leave a comment.
Login
Matches
Upcoming