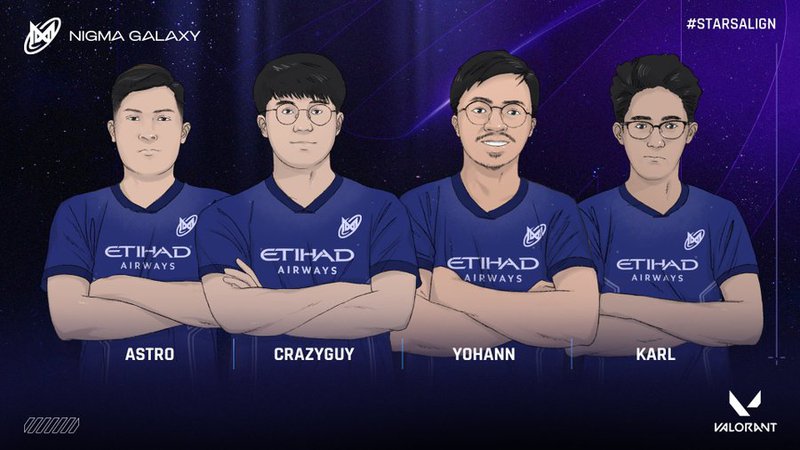 All the roster moves of the second week of November from the major ones to the small ones.

noppo joins the Japanese organization Jadeite as the Head Coach.

Trident Esports roster and coach leave the organization to " move onto bigger opportunities" and are now playing under the name of Crimas Desciples and are searching for a new organization.

Female team STELLAR announced nugget and MissLaia decided to leave the team, the organization is now focused on rebuilding in order to come back stronger next year.

LRojo leaves his position as G2 Analyst, as well as neilzinho the team coach who was moved to inactive and was allowed to search for new opportunities, you can read more about that on here.

YaBoiDre left Luminosity, you can read more about that here.

Rawkus leaves Faze to join Sentinels as the Coach, you can read more about that here.

Scrounge leaves Full Focus, he is now looking for a new team.

MACHINERIS put into Futbolist inactive roster, was allowed to search for new opportunities.

manur joins Galakticos has a analyst.

Elevate discontinues Valorant division all the roster/staff is looking for a new team.

Jonsyp (Head Coach) is moved to inactive by İstanbul Wildcats, he is now exploring new opportunities.

Team Queso bench all their roster, you can read more in detail about that on here.

Hazed leave TSM FTX and joins NRG, you can read more about that on here.

jcStani moves from trial to "full time" at Pioners.

ohai moved to the Complexity inactive roster, he is now looking for a new team.

solo leaves NUTURN Gaming and announces retirement as a player, plans to procure a caching career, you can read more in detail about this on here.

Team Finest announce the departure of H1ber and Foxie.

G2 Gozen announce the arrival of Cille and Carcass ( coach), aNNja was moved to the team bench, you can read more about than on here.

mCe joins The Guard as a Coach, you can read more in detail about that here.

FrosT leaves 100 Thieves as the head coach, you can read more in detail about that on here.

What were the moves that surprised you the most and what team/organizations do you think will also do some roster changes next week? Leave a comment below.